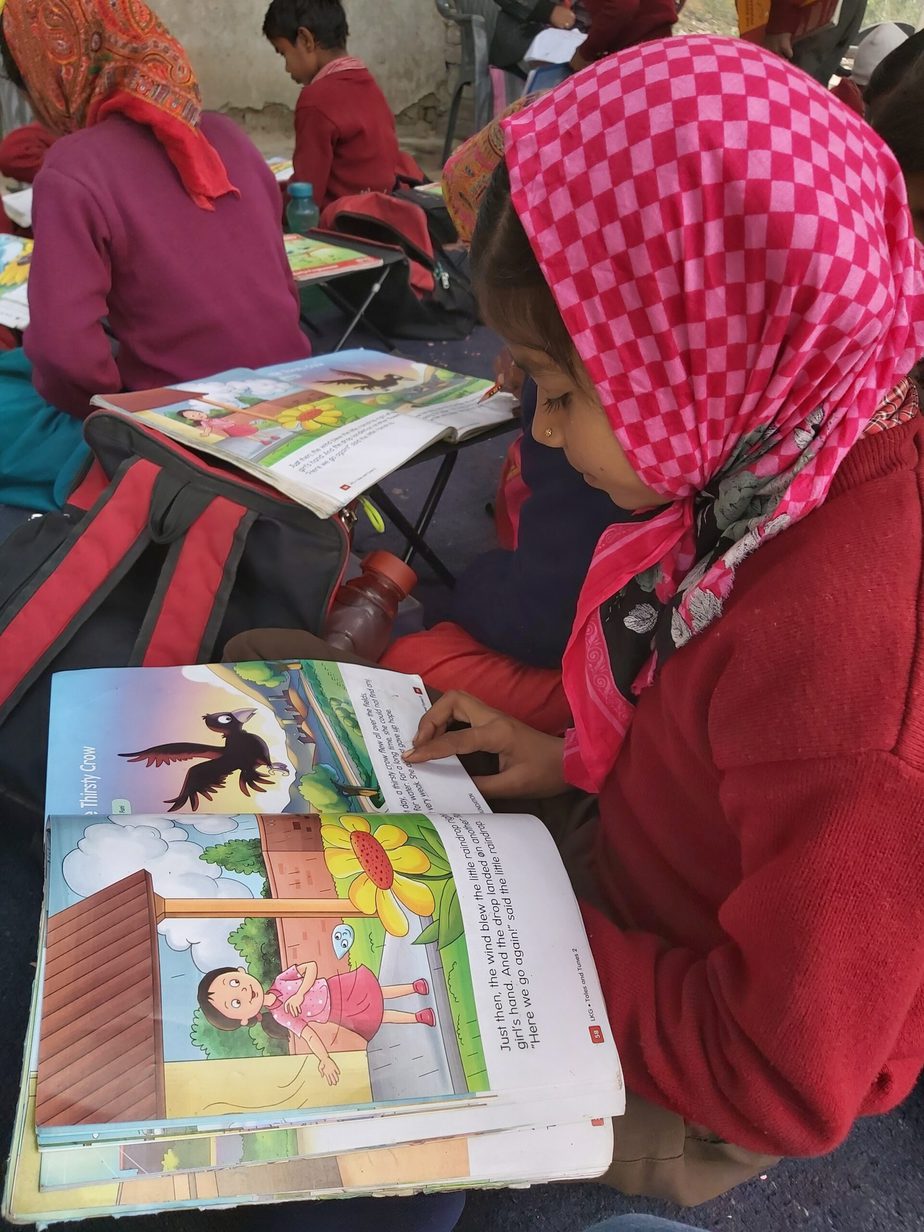 “I want to become an air hostess but I don’t know what will happen in the future. I don’t know if I will be able to complete my studies as most girls here get married at the age of 11,” said a worried Maya, a Grade 5 student at Pragati Wheel School, in Pandav Nagar, Delhi.

Small but well-planned classrooms, tiny computer and science labs, a STEM classroom, and extremely well behaved students are what one finds inside Pragati Wheel school. But what drew my attention was the number of students in the senior classes, especially the number of girls. Surprisingly, out of 8 students in Grade 6, only two were girls. The ratio was similar for all secondary grades.

The reason for this is even more surprising — most of the girls drop out before they reach secondary school and get married at a very young age. Sadly, child marriages are still widely prevalent (particularly in disadvantaged communities), holding the girls back from realising their academic potential.

How Prevalent is the Phenomenon?

The Pragati Wheel School, established in 2007, provides basic education to 280 children from the families of agricultural labourers or farmers, with an aim to break the cycle of poverty and self low-esteem often found amongst these children. The families are mostly migrants from Uttar Pradesh, a state home to 36 million child brides, the largest such population in the country. In an age-old practice, families still get girls married before they reach a certain age: sometimes, at as young an age as 11. The numbers are vast: India is home to 223 million child brides, out of which 102 million were married before the age of 15.

Such immutable patriarchal structures and regressive social norms make it impossible for the youth to realise their aspirations, or simply, receive an education. As per the 2017 Annual Survey of Education Report (ASER) findings, the enrolment rates of 14-year-old girls are rapidly declining. In spite of the RTE Act, by the age of 18, 32% of girls have never been enrolled in school, compared to 28% of surveyed boys.

More worryingly, according to a 2016 UNICEF report, up to 47% of Indian girls get married before they are 18 years of age. Traditional gender norms push girls into helping with household chores and sibling care, leading to irregular attendance eventually resulting in dropouts. Early marriage, lack of safety in schools, and low aspirations related to girls’ education also lead to them dropping out. Most of these problems arise by the time girls reach secondary education.

What Does the Law Say?

Legally, under the ‘Prohibition of Child Marriage Act, 2006’, a marriage in which either the girl is below 18 years of age, or the boy is below 21 years of age is a child marriage. The previous law, ‘The Child Marriage Restraint Act of 1929’ applied across India (except Jammu and Kashmir) only had provisions on restraining the solemnization of the marriage, not for the larger prevention or prohibition of child marriages. The 2006 Act, which excludes the Muslim community, has provisions to prohibit the solemnization of child marriage.

However, despite these legal barriers, local groups still follow traditions from long-gone eras. These traditions are carried out in the capital itself. For example, last year, a 13-year-old girl, was allegedly forced to marry a man nearly twice her age in Delhi’s Palam, and was eventually rescued by the Delhi Commission for Women (DCW). Though girls are more likely to be forced to marry men much older than them, young boys also account for 1 in seven of the 765 million child marriages worldwide, according to UNICEF.

“My sister got married early and she died in a few days. Here, some parents get their girls married early,” says 10-year-old Seema casually. Seema is a student of the junior branch of Pragati Wheel School.

The relationship between child marriage and high drop-out ratios amongst girls remains rooted in a complex matrix of religious traditions, social practices, economic factors, and prejudices. Upon asking about the mindset of parents, Raman Khanna, who has been running the school for 12 years says, “We have been trying really hard, and even threatened parents with the law, but the girls are still pulled out of school to get married.” He adds, “The parents want them to get married the moment they hit puberty. Sadly, out of 25 students in our first batch who cleared Grade 10, there was only one girl. The rest had gotten married.”

Now, the question is: What could be the reasons behind this widely prevalent custom?

Firstly, early marriages allow parents to waiver the ‘responsibility’ of settling their children. Secondly, economically weak families with little or no formal education encourage the practice as a result of their beliefs in the tradition. Thirdly, strong caste ties limit the availability of suitable marital partners. So, parents hastily marry their daughters when they hit puberty and a suitable match is found. Lastly, while the practice sends away the girl child early, the marriage of a boy brings in a wife, and thus an extra helping hand for household chores. So, there is little incentive to stop the practice.

While mechanisms for dialogue with parents and community are critical to change social norms towards girls’ education, it is the mindset–the root cause of this age-old tradition–that needs to completely change.

The Most Important Stakeholders: Parents

A lack of knowledge, fear, societal pressure, poverty, and several other factors make children fall prey to dreadful practices like child marriage. But who directly influences these decisions? Who are the most important stakeholders in a child’s life? Parents.

While most of the parents of the girl students at Pragati Wheel get their girls married early, there are rays of hope too. Deepa, the mother of 8-year-old Saloni, thinks otherwise on the custom. “I could not study as no one used to send us to school earlier. But I want my children to study and do the jobs they like. Saloni could be a teacher,” says the mother of two.

Tireless efforts from the school staff have resulted in a positive shift. The school has invested in conducting regular parent counselling sessions and parent-teacher meetings (PTMs), in providing free food, uniform and books, and in motivating students to continue studies.  According to Ms. Santosh, who has been teaching at the school since its inception, “Earlier most of the girls used to get married at a young age, but in the last 12 years, we have seen a slight change in mindset as the parents have been sending their girls to study longer.” Students like Muskaan and Hemavati from the junior school have started taking robust stands against this grim tradition, and aim to become doctors one day.

While Pragati Wheel’s fight against child marriage continues, the school’s Hindi teacher says, “We have put a lot of effort into making the parents understand the importance of girls’ education. But I feel that it is more important is to empower the students to speak up for their rights.” It is absolutely crucial to make children aware of the importance of human rights and the fact that they possess them at all. This is only possible with rigorous awareness and gender sensitization programs, supported by parents, teachers, NGOs, and the government.

Looking Ahead: Towards Elimination

On a positive note, India’s progress in the past decade is one of the strongest among South Asian countries. As per UNICEF, the child marriages accounted for 27% of all marriages in 2015, against 47% in 2005. While this significant drop must be celebrated, in order to meet the sustainable development goal of eliminating child marriage by 2030, the progress needs to be at least 4 times faster.

Though child marriages have minimised with the passage of time, the practice still continues not just in remote areas, but in urban areas too. While successive governments, through consistent efforts, were able to bring about a significant decline in the number of child marriages taking place, a question arises. Can we set higher social standards that recognise child marriage for what it is: a gross violation of fundamental human rights? Only when we do can girls like Maya, Muskaan, and Hemavati have a chance to realise their potential and live their dreams.