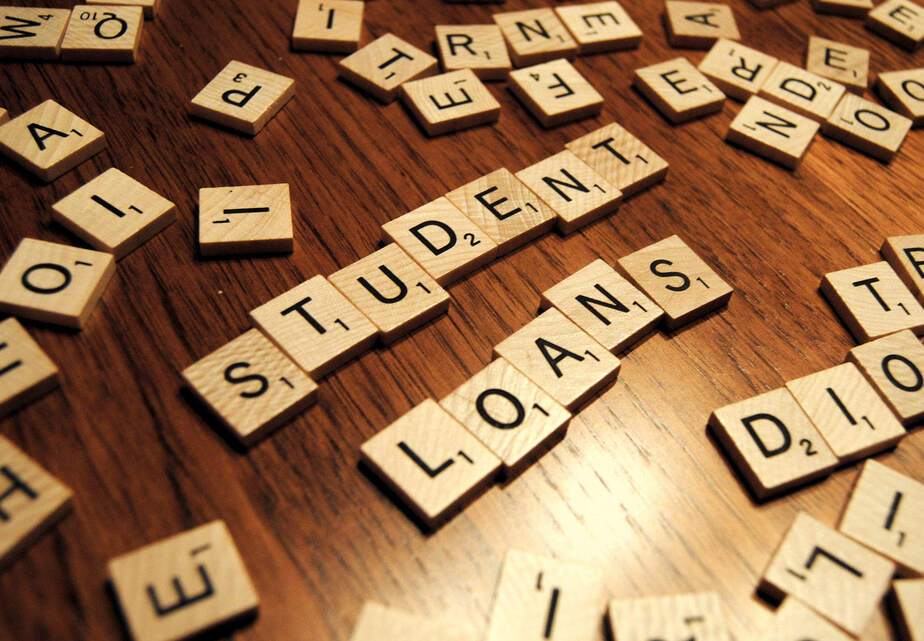 A competitive job market mandates that only ‘well-educated’ potential employees may fight for its spoils. It is this simple axiom that has guided the futures of millions of students across the globe, coercing them into further education post school, that promises to provide them with the requisite skillsets for employability.

The competitiveness to succeed however, often raises the price of education, making it inaccessible to many a prospective student. Here, banks lend a friendly hand through education loans, which help tide over financial constraints. Therefore, in an ideal world, the employable student graduates with an undergraduate or master’s degree, and a job waiting for her. In this world, loans are paid on time, and lives and careers move on to fantastic new heights. The demand for education loans has increased to 2.7% this year, confirming the growth of the sector, as well as renewed public faith in education.

And yet, these elysian visions have been complicated by a harsh reality. Over the past 15 odd years, the Indian education loan bubble has been expanding. Current positive growth is outshone by the accumulative value of defaulted upon state sponsored education loans, known as Non Performing Assets (NPAs).

This alarming rise is a result of the combined effects of many factors: lax (yet well intentioned) policies, a fragile employment market, and a poorly regulated (yet fast expanding) higher education industry.

The Educational Loan Scheme of 2001

In 2001, a study group led by the former Chairman of Canara Bank, R.J. Kamath, circulated the provisions for a new Educational Loan Scheme to the chairmen of various public sector banks. The scheme implemented by then Finance Minister P. Chidambaram, aimed at assisting financially constrained students and universalizing higher education. It waived off various qualifying pre-requisites for education loans. Minimum marks requirements (from previous examinations) were done away with, as were collateral requirements for smaller loans. Repayment could start post employment, or one-year post graduation; the upper time limit for full repayment was extended to 7 years.

The guidelines also suggested relaxing certain pre-existing norms used in case-by-case loan applications. Instead, banks were asked to consider conferring these powers to a ‘higher level authority’, to bring about greater ‘flexibility’. Essentially, it was suggested that these authorities expand criteria, to accommodate as many prospective applicants as possible. This policy was additionally given a new lease of life in 2013, when the Centre announced that collateral and guarantors would be waived for loans as high as 7.5 lakhs.

State owned banks in this bid to be inclusive, have largely borne the burden of providing these education loans, given their disbursement of ₹ 72,336 crore worth of education loans as of 2016. The absence of private commercial banks both in rhetoric and action is noticeable here. While the managing director of the State of Bank of India (SBI), the largest distributor of these funds, has waived off any concerns regarding such rampant lending, industry experts still believe that there is cause for concern.

This concern stems from ‘smaller’ loans, largely drawn from the regional pockets of Tamil Nadu and Kerala. Higher education institutes that have mushroomed across regional and urban landscapes, in ‘lucrative fields’ such as engineering and management, often escape the purview of regulatory bodies. The subsequently substandard education they provide is purchased by students using these small loans. Therefore, graduates of these institutions are unprepared and under-skilled for professional employment. This renders them incapable of securing a job, and by extension, repaying the loan. Additionally, the accumulation of bad loans over the past four years has been compounded by corporate layoffs in these overstaffed sectors, affecting the general availability of jobs.

As unpaid loans pile up this way, it is but natural to question the banks that provide them in the first place. Banks claim that they do not have the time or resources to research into the credibility of such educational institutions. Hence, aided by the tenets of the 2001 policy, they tend to lend indiscriminately, and consequently contribute substantially to their own woes.

State governments of the aforementioned pockets have attempted to tackle the situation through populist measures. The Kerala government, declared that it would cover the repayment of education loans, through the Education Loan Repayment Support Scheme launched earlier this year. The policy offers government assistance for four years after the repayment window closes, to ease financial stress. Tamil Nadu’s AIADMK party also promised to cover repayment for unemployed students in its 2016 election manifesto.

However, such schemes still fail to discuss the huge burden these NPAs pose to state owned banks. In an effort to rid themselves of these loans, state owned banks have now started selling them to private asset restructuring companies (ARCs). ARCs, now the owners of these loans, take on the responsibility of collecting dues. For example, SBI sold 847 crore of its NPAs, at a heavily subsidized price, to Reliance Asset Reconstruction Company (RARC) earlier this year.

Therefore, such state policies induce an ‘us v/s them’ binary between demoralized citizens and overburdened banks, for the sake of political gains. This animosity is exacerbated by the introduction of ARCs, whose corporate targets ignore the realities of India’s unemployed. To avoid further conflict, banks are slowly shifting towards sanctioning loans only to students of premier institutes across the country, such as the IITs, NITs, and IIMs, given their successful placement records.

On occasion, officials have stated that it becomes ‘difficult’ to collect payments once students’ secure employment. As they migrate internally, tracking them down becomes cumbersome. In this digital age, accompanied by greater unification of identification and tracking systems, such excuses sound almost bizarre. Banks should aggressively pursue defaulters in these cases, and reclaim whatever they can.

Resolving the larger situation of unemployed defaulters is a far more complex scenario. Amidst a global downturn in outsourcing, government initiatives such as the Make in India program could greatly improve employment opportunities across the subcontinent. Regardless, it still remains that no employer, whether multinational or domestic, would wilfully choose to hire under-skilled candidates. Such candidates cannot sell their debt, and hence protecting them, as well as future generations of students, is of paramount importance. This systemic problem can be tackled only through renegotiating the functions of the States and the Centre, which could strengthen India’s educational base.

For example, state school syllabi, when compared to national or ‘central’ education boards, are often less difficult and less comprehensive in their content. Therefore, if different syllabi are standardised to the same levels of difficulty, the overall competitiveness and quality of students across boards would, theoretically, improve. This would place everyone on a level playing field, and improve their long term chances of employment.

Additionally, vocational education should be promoted at the school level, alongside the plethora of career opportunities that the modern era offers. In essence, greater awareness campaigns on occupations outside of the spectrum of engineering to management, need to be pervasively implemented nation-wide. This also requires that institutions outside of the IIT/IIM spectrum receive targeted funding, to uplift the standards of teaching in other disciplines, and fuel alternative employment opportunities.

The government recently announced plans to fund 20 public universities with 1000 crore each, in order to transform them into ‘world-class’ institutions.

If implemented successfully, such measures will be a step in at least moderating the crisis that students and banks face with NPAs.

The success of such suggestions however, is largely dependent on a single factor: regulation. Only when the expansion of educational institutions is checked by regulatory bodies such as the University Grants Commission (UGC) and All India Council for Technical Education (AICTE), will the overall quality and value of educational degrees appreciate. The UGC currently operates at a national level, and is mired by bureaucratic inefficiency. Recent proposals submitted to the Ministry of Human Resource Development (MHRD), have suggested that such regulation be heavily decentralised. By assigning regulation to regional sub-committees, as opposed to national ones, stricter tabs can be kept on dubious local institutions and stricter penalties imposed. Again, should such proposals be implemented, both banks and state governments would be greatly relieved of their financial, and political burdens.

Therefore, given this dearth of quality, It is not enough to envision an educated India based on financial freedom. The roles of the state, the students, and the banks need to be collectively and collaboratively rethought to reinvigorate the education system, and ensure that this bubble doesn’t spiral out of control.