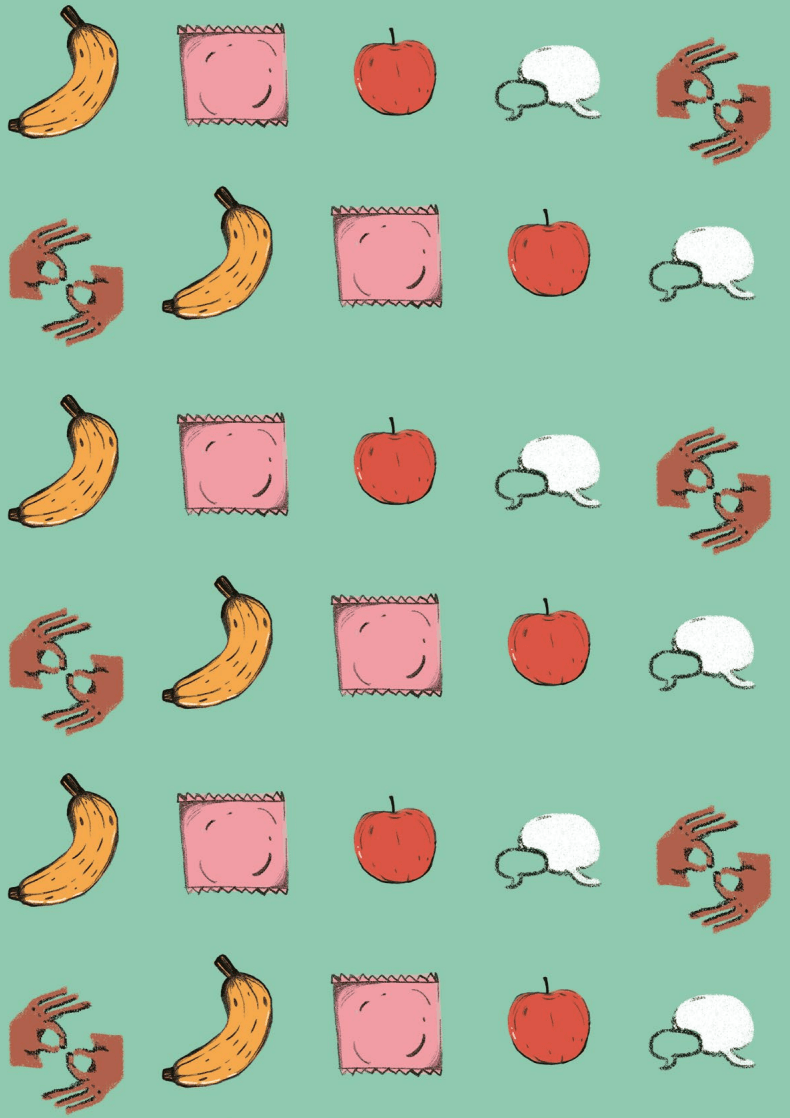 Any discussion over ‘sex’ education continues to be elusive in India. It is met with an enormous amount of hesitation and discomfort in the public discourse, especially when regarding children and young people. It has been in the past argued and contested on the grounds that education about sexuality is a private matter, it goes against Indian culture or leads to immorality and promiscuity amongst adolescents – apart from numerous other unfounded claims (Nirantar 2009). Children are believed to be too young, their parents are thought to be opposed, and teachers ill-equipped to deal with such ideas.

When efforts are made in the direction of ‘sex’ education, they are limited to a disease-prevention and abstinence-based approach, covering information about the genitals, menstrual health for girls, risks of sexual intercourse, including teenage pregnancies. Conventionally placed in Science at the end of elementary or in secondary classes, teaching about bodies is fraught was hesitation, students barred from making queries, and content arbitrarily skipped or reduced to exam-worthy questions.

Notably, evolved social-justice and rights-based curricular understandings of sexuality in education have shifted the discourse towards Comprehensive Sexuality Education (CSE) for some time now. 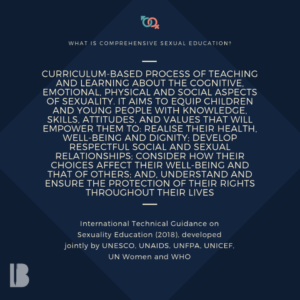 The NEP seems to be avoiding the discussion over significant contemporary issues in the lives of children.

Not only does the word ‘sexuality’ find no mention in the document, ‘sex education’ has been subsumed under the component of “[e]thical and moral reasoning”. It is done with the intent to advance “[b]asic health and safety training, as a service to oneself and to those around us”. It, moreover, sparingly envisions equipping students to make “future judgment surrounding consent, harassment, respect for women, safety, family planning, and STD prevention”.

There are a couple of concerns here. One, the focus seemingly continues to be on the nationally and socially serviceable bodies of adolescents – grounded within the continued population and disease control discourses of the pre- and post- Adolescence Education Programme (AEP) decades. Such a medico-legal view of ‘sex education’ is limiting and myopic. Two, the idea of enabling students to make “future judgement” is unjustifiable. It is understood that early marriages or young people’s romantic consensual sexual partnerships require them to build skills much early on to negotiate safe, healthy, and equitable relationships. This group is at an increased risk of sexual and gender-based violence, STDs, unsafe abortions, and teenage pregnancies.

Sexual Violence Against Children and the Case for CSE

The rape and murder of Asifa, an 8-year-old girl, brought international attention to crimes against children in the country. Uttar Pradesh alone, according to the figures released by NCRB in 2016, reported 20,000 cases of child rape, an increase of 400 percent from the previous year. At the all India level, 34.4% of the total crimes against children were accounted under the Protection of Children from Sexual Offences Act (POCSO) during 2014-16 – including rape, sexual assault, sexual harassment, pornography-related crimes, and others.

The last government-supported study on child sexual abuse in 2007 by the Ministry of Women and Child Development had brought forth similarly worrying numbers. Of the 12,447 children and adolescents interviewed in 13 states, 53% reported to facing one or more form of sexual abuse. Moreover, 50% admitted to being abused by someone in a position of trust and responsibility, and worryingly, most children never reported the abuse to anyone. Out of these, 52.94% were boys, and about 46% were girls. This report and since then, the Justice Verma Committee report in 2013 – amongst others – have recommended empowering children through the school curriculum with the knowledge and capacity to identify, deal with and report sexual violence.

Contrary to how “harassment, respect for women, safety” (97) have been outlined in the draft NEP as pertaining to women, these are essentially gender-based issues – addressing broader questions of social equity and justice. These affect individuals at different intersections of caste, class, religion, region and so on, including girls/women, gender-non-conforming individuals, differently-abled children, and non-hegemonic forms of masculinities and femininities.

The issues of patriarchal control of bodies, labour, resources, spaces, or connection between violence and toxic masculinity can be potentially engaged with through CSE. Inclusive outlooks towards differently-abled and non-heterosexual gender identities and expressions can be built. Such a curriculum opens spaces for students to be able to learn to identify gender-based violence at home, school, or in society and develops agency to speak up against it.

CSE also enables students to experience various aspects of their sexuality more confidently and positively. For example, empowering them with a scientific understanding of their bodies, advancing a healthy body image, helping in negotiating newer forms of social media interactions (like sexting or web-based violence), supporting friendly, respectful hetero/homosocial associations, and more.

An interdisciplinary engagement with gender has been made in the post-NCF 2005 NCERT textbooks, for example, in primary EVS and Maths, and elementary and secondary Social Sciences. Good and bad touch appear in class IV EVS textbooks, but a detailed discussion about bodies, genitals, sexual and reproductive health only begin by class VIII — through the medicalised and disembodied content of the Science textbooks. A majority of students have already reached puberty by then, at age 14. In the absence of reliable information and support, girls are found to have an inadequate understanding of menstruation, traumatic experiences of menarche, increased exposure to risks of infections, and strengthening of socio-cultural taboos continues.

The absence of functional toilets, privacy or clean water, make dealing with one’s periods undignified. These issues either compel girls to skip school for many days together or entirely push them out of school. Boys have by then been as confused about the changes in their bodies or attempted to ‘prove’ their mardangi (masculinity) within their peer cultures. Civil society initiatives from TARSHI, Agents of Ishq, Eklavya, Zubaan, and many more, have tirelessly developed media for children and young people engaging with critical issues of sexuality — ranging from bodies, gender, interpersonal relationships to specifically menstrual health management.

Considering that the NEP fails to address most of these concerns, a focussed review of this document ought to be expected. Like in the case of controversy over three-language formula, here too, we might have to build a broad-based social movement so that the urgency of these reforms is recognised. Any failure in this direction could be damaging to our children.