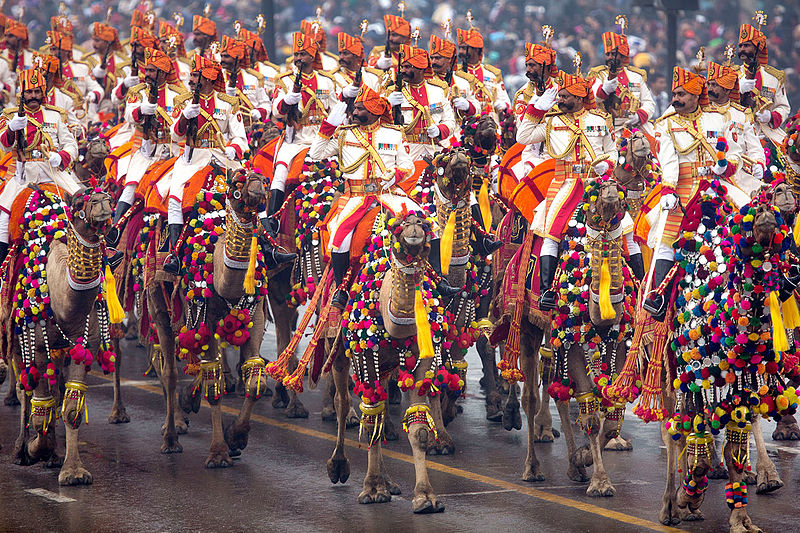 Jair Bolsonaro, as you must have read, is India’s guest for the Republic Day parade, and the third Brazilian President to be invited. Given Bolsonaro’s openly sexist, racist, and homophobic persona, one that consistently rallies against the evils of ‘political correctness’, some commentators are shocked that he received an invite at all. This is an event that celebrates the greatness of India’s democratic journey, guided as it is by the ideals of equality and equity laid out in the Constitution. How can a man who presents himself as directly opposed to such values be invited at all?

Such arguments, in my (cynical) opinion, are non-starters. What Bolsonaro chooses to say in public, many leaders say in private (remember Trump’s infamous locker-room scandal, or pretty much anything Boris Johnson has ever said?) Is he a renegade statesman? Most certainly. However, when he visits India, he represents the Brazilian state, and the relationship it wishes to forge with the subcontinent. It is that relationship that must be analysed, especially in the contexts of authoritarianism and environmental degradation both countries find themselves in. What can the Indo-Brazil relationship under Bolsonaro and Modi tell us about newly emerging definitions of ‘development’ in the global economy?

Thanks to Portuguese imperialism, the relationship between the two regions extends far back into the past. Formal diplomatic relations in the modern era were established in 1948, soon after India’s independence. However, until the late 20th century, the relationship between the two countries was barely strengthened. India, of course, was operating under a more moralistic foreign policy aligned towards domestic protectionism, while Brazil was busy asserting itself in a continent well-known to be the playground of North American political interests. And so, the legacies of colonialism, bipolarity, and assertive foreign policy maneuvers peppered the largely tepid relations between the two countries.

However, this narrative belies the similarities between the two countries, similarities that have been tapped into over the last two decades in mutually beneficial bilateral agreements, and under the BRICS (Brazil-Russia-India-China-South Africa), IBSA (India-Brazil-South Africa), and G20 international groupings.

Both are ostensibly democratic countries, whose modern domestic and foreign policies have been moulded by colonialism and multiculturalism. Brazil and India have been prominent advocates for more representation from developing countries in the permanent United Nations Security Council. Brazil also supported India’s 2016 bid for membership into the Nuclear Suppliers Group. Both were also once poor countries, however, over the past three decades or so, have produced growing economies and stronger trade relations. Remember, it was Brazil that helped India sign the Mercosur Preferential Trade Agreement (PTA) between Brazil, Uruguay, Argentina, and Paraguay in 1991. The Mercosur PTA is the world’s third-largest integrated market after the EU and NAFTA.

India and Brazil likely to sign 15 agreements including in the fields of social security, bioenergy, cybersecurity, and health and medicine. Brazil President Jair Bolsonaro (File pic) will be on a 4-day visit to India and will also be chief guest at 71st Republic Day Parade. pic.twitter.com/cJCijHF3yY

Therefore, the scope for collaboration between these two similarly positioned growing economies is huge. Both are attempting to develop human and environmental resources, and both are attempting to climb up the global ladder of power and prestige through the prisms of national interest and security. It is this spirit of strategic collaboration, and the need for ‘development’, defined as they are by the ‘national’ interest, that the Modi-Bolsonaro bonhomie feeds on.

Environmental Development Under Modi and Bolsonaro

Under Modi, development is not just the ‘current’ political model he has become emblematic of: it is also a reactionary cause, one that has to be undertaken after years of (granted) misrule by the Indian National Congress. While we may deride whataboutery, it forms the core of much of the Prime Minister’s development discourse and must be taken at face value. Article 39A must be abrogated to undo the Congress’ inability to ‘develop’ Jammu and Kashmir. Industries must be built to promote an outward-looking industrial economy, that Nehru never allowed to flourish in the first place. FDI needs to flow in, to create the jobs that the Congress never could. While the beneficiaries of Modi’s hit-and-miss development programs are India’s millions, they are spurred rhetorically by a blame-game squarely rooted in the past. This critique is then easily paired with larger accusations of minority appeasement by the INC, which led to the cultural and economic mess (if not stagnation) that we find ourselves in.

Thus, Modi’s development model emerges as a strict utilitarianism — everyone will benefit, because Modi doesn’t pander or dither around marginal ‘minority issues’ when it comes to the national interest. The environment takes a beating as a result. It is this rendering of development that will take the country forward in the interconnected 21st century. However, it is this very same model that Bolsonaro deploys as well, in his attempts to address Brazil’s own economic and cultural issues. His election plank was based on the need to reclaim Brazil from a ‘leftist’ agenda, one that had prioritised affirmative action and minority and indigenous welfare, leaving economic growth in the doldrums. And so, development under Bolsonaro, is just another rendition of the ‘strict utilitarianism’ witnessed under Modi.

What these two regional examples tell us is both leaders frame the need for muscular nationalist development as an inevitable consequence of historical appeasement. The quiet underlying assumption here then, is that social equity for the margins and strong economic growth are mutually exclusive tracks in the development of the nation. Once the former is villainised, so is the democratic responsibility to account for their protection, or the conservation of their habitats.

For example, while the Amazon does indeed burn every year, much of Bolsonaro’s policies encouraged the clearing of vast tracts of the forest, traditionally occupied and protected by Brazil’s indigenous inhabitants. Why? Because protecting the forests was an impediment to economic development that Brazil sorely needed. The end result: an indigenous person died at the hands of illegal loggers who later laid waste to the Amazon weeks later, their actions enabled by Bolsonaro’s ‘bold’ decision making. In Brazil’s violent history of race politics, colonialism, and genocide, such steps in its independent era only add insult to grievous injuries against the marginalised.

India follows suit in an eerily similar regard, as multiple environmentalists, often from Adivasi communities, continue to face the crushing weight of the state in their battles against environmentally destructive and inconsiderate industrial developments across the country. A more recent example includes Amit Shah’s statements in the run-up to the Delhi elections (and on the eve of the birth of the Republic): a vote for the BJP (a party synonymous with ‘development’), is to rid Delhi of Shaheen Bagh.

You May Also Like: The Fundamentals of Living: Human Rights and the Environment

Development is most important for a country’s growth. However, as Bolsonaro and Modi attempt to milk the global economy in the name of development, they have time and again done so at the expense of domestic environments and marginalised peoples. For utilitarianism to really mean anything, social equity, and thus the principles of environmental democracy, need to occupy their rightful spaces in development discourses. Without them, development remains nothing more than a vacuous exercise that erodes institutional democracy, in its attempts to ‘grow the nation’.

And so, as Bolsonaro takes in Delhi’s wintry sun and enjoys the best of the city’s bureaucratic vistas while he signs a strategic action plan with the Indian government, the sectors of collaboration between the two countries seemingly widen beyond just defence, space, and renewable energy. A stronger Indo-Brazil relationship under these two leaders, implies a re-energised definition of national development and utilitarian ‘good’ for the Global South. It is this definition that needs to be challenged, not Bolsonaro’s histrionics, because it is defined at its core by the biases and blind-spots of both the leaders, and unfortunately papered over by their popular appeal. As the climate crisis worsens (with the UN quite literally demanding that climate refugees be recognised by nation-states), and with democratic rights consistently on the blink across the country, questioning received models of ‘public good’ is perhaps the most patriotic exercise we could undertake this Republic Day.