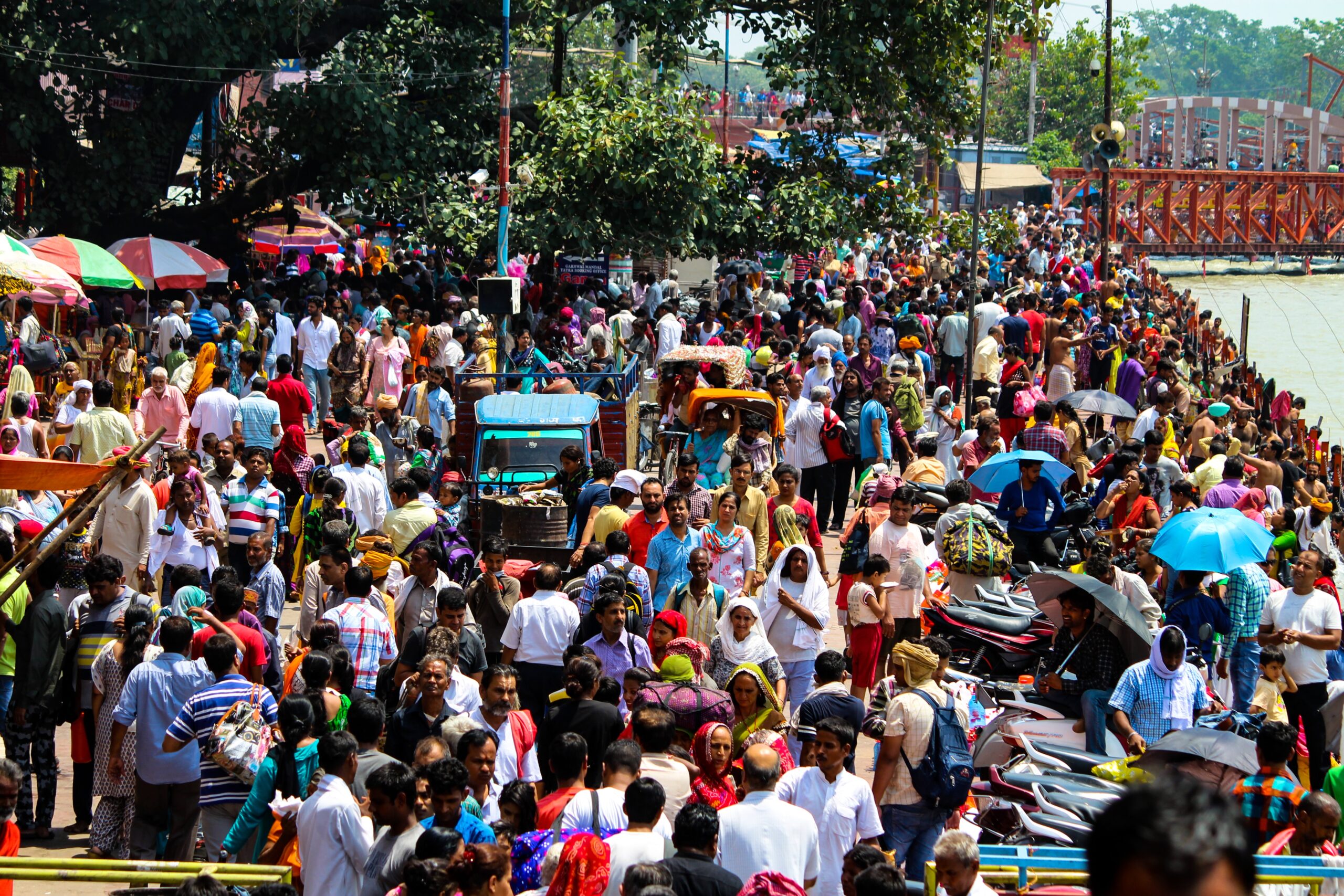 I want you to meet Razia. A 10-year-old girl born in the village of Nayabans, in Uttar Pradesh. She belongs to a Dalit-Muslim family. Her mother rolls beedis and her father is dependent on MGNREGA work to support the family. Their monthly household income is under ₹10,000, like 67% of Indians.

I want to pause here and ask you a question–can you guess the probability of Razia becoming the Prime Minister of India?

Take your time, and then some.

In the current political economy, if you guess anything north of 1% you are either unrealistically optimistic, or you don’t know India well enough, or perhaps both. The reality is that privilege, whether social or economic, continues to define who gets to dream of actually becoming a politician, or even access fundamental rights like quality education and healthcare.

Politics has become a dirty word–no one really wants to be a politician when they are growing up. In fact, I wouldn’t be exaggerating if I said that the common perception is that democracy equals politics equals elections equals dirty equals, not for us. This isn’t necessarily wrong either. More than seven decades later, democracy is working not for the upliftment of people like Razia, but for the select interests of a powerful few.

I dream of an India where politics is no longer a ‘dirty’ profession, but is an aspirational avenue for public service, where competent minds, compassionate hearts, and committed hands come together. I also dream of an India where Razia not only wants to, but also can become the Prime Minister, because the existing systems have not pushed her further into her poverty and despair, but instead support her to fulfill her potential the same way they support a child born in an urban, wealthy Indian family.

At the Indian School of Democracy, we aim to redefine public leadership and nurture principled leaders for Indian politics who will make democracy work for every citizen of the country. We have an audacious goal that by 2047, 25% of all politicians will be principled leaders. A principled leader, in our eyes, is someone who has a still mind, a compassionate heart, and fearless hands. They will break free from shackles of the Right and the Left, to create space for multiple truths. They will stitch together the divisions created by caste, religion, and class with the threads of humanity. They will listen to the silenced, stand strong with the weak, and serve the unserved with humility. They will fight polarity with interconnectedness, inequity with justice, and violence with love.

This will create an India where the probability of Razia becoming the Prime Minister is the same as that of you or me becoming one. An India where Razia is not deprived of basic human rights and opportunities, and where politics is one of the noblest forms of public service.

And yet, for that to happen, we need to reclaim the word politics, and the vocation of being a politician. Politics has the potential to transform a country–it lays claim to the most crucial financial and human resources necessary to fill social gaps, and redraw and erase societal cleavages to truly serve people, including those like Razia. But what is politics? How do we reorient it towards the people? Who even is a politician in the first place?

There are many definitions of politics, with its meaning evolving over the centuries as we moved from monarchies to democracy. The definition I find relevant is the one put forth by Andrew Heywood, wherein “Politics is an activity through which people make, preserve and amend the general rules under which they live.” The reason I prefer this one (to the many other convoluted ones) is because it doesn’t speak about the State, the government, or their powers.

It simply speaks about people and their ability to change their lives, which in an ideal world, is what democratic politics should be grounded in: the power of the people. And so, politicians in that sense can be either you or me–that power is not held in the highest echelons of governance alone.

Yet, beyond this definition, how do we begin to actually re-mould a politics of the people, such that it empowers those it intends to serve? To do so does not necessarily require a radical reimagining of what democratic politics is. Instead, we simply need to draw insights from three overlapping, yet different kinds of politics already in existence: the politics of ideas, the politics of organizing, and the politics of elections or representation.

Let’s begin with the most romantic type of politics, yet also, the most courageous. Politicians of ideas have the moral imagination to challenge the status quo and disrupt the ways in which we experience social ‘reality’. Each society and generation needs these radicals–and they have consistently reappeared over time and spaces, be it Aristotle, Vivekananda, Savitribai Phule, Vinoba Bhave, or Yuval Noah Harari. It is these visionaries who show societies a dignified way forward, and without them, the worst of social disparities and restlessness would continue to fester.

However, how well equipped is Independent India to produce these romantics from all walks of life, and not just from a few privileged ranks? The stagnation of intellectual expression and expansion provides telling answers. India ranks 142 out of 180 in the Press Freedom Index 2020 (down from 140 in 2019). There are only six Indian think tanks among the global top 100, according to a study by the University of Pennsylvania. Journalism and research, both of which have the ability to not only reorient society for the better accessibly, are clearly suffering. A re-energised politics of the people thus demands the free exchange and articulation of knowledge at all levels of society, for issues of common interest to be acknowledged, and resolved.

To support and implement these ideas, we need the second kind of politics: the politics of organizing. Politicians of organizing are those who care about specific issues, and have the ability to mobilize people not only around the issue itself, but also, the values underlying it. These are people who have the passion, influence, and perseverance to stick to social problems and discuss them enough for society to act on them. In India, this legacy remains strong across the political spectrum, with the likes of Mahatma Gandhi, Bezwada Wilson, and Aruna Roy leading the masses towards the solving of pertinent socio-economic issues.

You May Also Like: Mahatma Gandhi calls PM Modi: “Did you really mean Self-reliance?”

With their help, citizenship can come alive beyond just elections and casting votes. The road ahead is bumpy. Currently, less than 1% of citizens engage in solving civic issues, while the national average on devolution index is a minuscule 40%, indicating the lack of local powers devolved to Panchayats. And so, as we reimagine a politics of the people, we need to inject the principles of democratic participation, and indeed resistance, back into the grassroots level in India. This requires not only equipping citizens with the tools to make their voices heard, but making the implementation of ground-level democracy itself a national issue.

Coming to the third category. Our elected representatives are the politicians we are most familiar with. After seeing the profiles they’re often drawn from, perhaps it is unsurprising that we now consider politics to be a dirty word. The reality is that in our current Lok Sabha (elected in 2019), 43% of our Members of Parliament (MP) have criminal cases lodged against them, while 29% have serious criminal cases against them. 88% of our MPs are crorepatis, and out of a total pool of 543 MPs, only 14.39% are women. To imagine a radically different kind of representative, who can put an end to this leadership crisis, the values and principles of democratic politics need to be upheld not only by the State, but by the people as well.

India needs to end its leadership crisis in public spaces. The republic will be strengthened only if many more members of the youth join active politics–of all the three kinds mentioned above–and lead the country with moral courage and imagination. And so, to reimagine a politics of the people, it is the grassroots that needs to be empowered for the sake of democracy, politics, and everyday politicians. Let’s reclaim the word ‘politics’ and get involved in the politics of ideas, organizing, and representation.

To learn more about the Indian School of Democracy, click here.