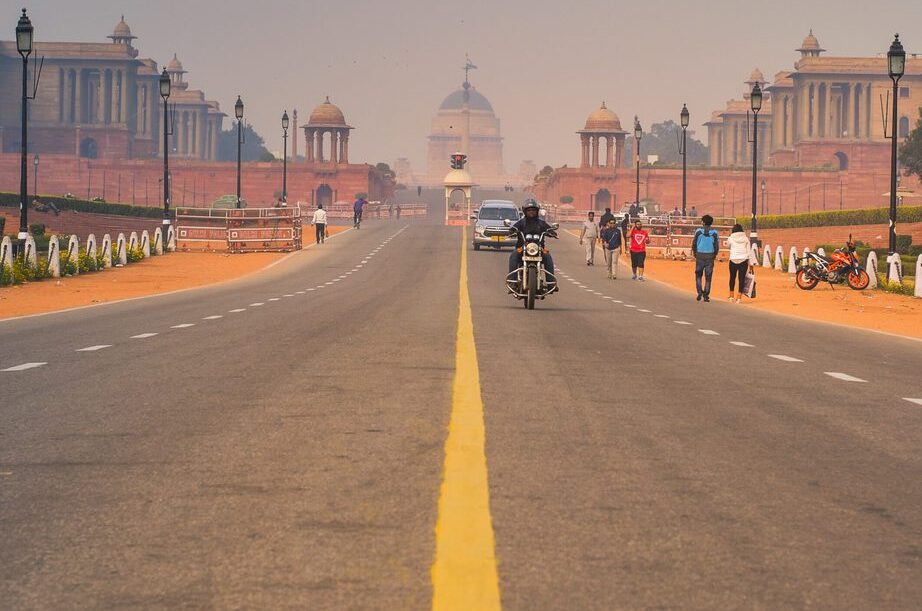 Given the apocalyptic atmosphere that grips Delhi as toxic smog descends over the city every winter, it is unsurprising that pollution and environmental degradation feature prominently in pre-election politicking. Even though the recent protests over the Citizenship Amendment Act (CAA) have grabbed headlines in the buildup to the polls, all parties have given attention to the smoggy issues affecting the national capital. Two of Arvind Kejriwal’s pre-electoral ‘ten guarantees’ directly address pollution in the city; the Congress meanwhile proposed a number of initiatives on this front, and said they would dedicate a quarter of the city’s budget to the cause. The BJP has similarly declared it a top priority for their campaign.

AAP had promised to make Delhi pollution-free. Recently, in a TV interview, they said that it isn’t their work.

You have all seen the ads. Do you think it has reduced? Not one bit. They’ve not given clean water or air to Delhi: Shri @AmitShah #JeetKiGoonj pic.twitter.com/UhqfMPDE3n

Even at the national level, environmental concerns featured more prominently in party manifestos in 2019, compared to 2014. Clean air and water, improvement of soil quality, afforestation, and increased renewable energy capacity were issues different parties promised to address. It would seem, then, in the wake of increasing public concern and environmental activism, that Indian politics is similarly evolving to address these concerns.

These increased electoral pronouncements should be taken with a pinch of salt, though, because beneath the surface lie inconvenient truths, some obvious, others less so. While politicians might be vociferous about the environment while campaigning or in the Opposition, during actual governance periods, a lot is lost in translation from election manifestos to policy formulation to eventual implementation. This trend is visible across issues, be it education, health, or agrarian distress.

Environmental issues are unique, though, as climate change especially comes with an attached time limit. The 2019 Intergovernmental Panel on Climate Change (IPCC) report required countries to reach net-zero carbon emissions by 2050 to meet the Paris Agreement goals. This is possible only if drastic changes in energy infrastructure and usage take place in this decade. At some point (soon), it will be too late to undo the worst effects of climate change.

India stands to be one of the worst affected countries globally, with rising sea-levels, extreme heat waves, and freak weather events posing a direct existential threat to large segments of the country’s population. Firm action is needed soon, and this is where democracies, especially in India, seem ill-equipped to take necessary action.

Assuming, hypothetically, that India was blessed with politicians personally committed to solving environmental problems (which we don’t seem to have, if the low turnout at parliamentary debates on air pollution is any indication), the structure of our democracy would prevent them from taking firm action. The highest priority for politicians and their parties is coming to power through elections, and India’s democracy keeps them on an electoral treadmill. In a five-year period, they have to fight a minimum of one national election, almost thirty state elections, and hundreds of municipal and panchayat elections.

To be elected (and re-elected), they need to focus on immediate voter demands, and right now environmental conservation isn’t a high enough priority for the Indian electorate. In a massive voter survey conducted by the Association for Democratic Reforms before the 2019 general elections, wherein over 2.7 lakh people across 534 constituencies were interviewed, access to clean drinking water stood third amongst priorities of respondents, while air pollution and general water pollution didn’t even make the top-ten. Long-term issues like rising temperatures and sea-levels and the desertification of land don’t even figure in current manifestos or campaigns. Only in catastrophic situations, like Delhi’s pollution, do they gain serious electoral traction. By the time these long-term issues become serious electoral issues, it’s likely to be too late to stop them.

It’s tempting to think that with enough education, awareness, and civil society activism, problems can be tackled at both a personal and political level. Yet, in the seventy years since Independence, we’ve been unable to create a decent education system for the public or create a sense of urgent electoral awareness on this vacuum. There’s no reason to believe that the climate crisis is going to ring any immediate alarm bells in India’s democratic set-up.

Also, being a well-educated and developed country isn’t a guarantee of it being environmentally friendly either. The USA, for example, produces some of the best research on environmental issues globally, yet elected a climate change denier (and might do so again next year.) Australia’s bushfires, which have been directly linked to climate change and rising temperatures, have ravaged the country for a couple of months now. Yet, they voted out of power a government in 2014 partly due to its implementation of a carbon tax regime, the consequent repeal of which saw carbon emissions rise again.

The IPCC 4th assessment report identified in 2007 that “Heatwaves and fires are virtually certain to increase in intensity and frequency (High Confidence) ” Chapter on Australia. We have known for over 12 years #bushfires getting worse, to pretend otherwise is climate denial. pic.twitter.com/ClIsUIoxNk

Western Europe is admittedly doing somewhat better. Environmental issues are given greater political importance here, and green parties are making strides in national and European parliaments. Many countries are also on track to meet their Paris Agreement goals. Yet, this still isn’t enough. Even with the Agreement’s target of limiting the global temperature rise to 1.5° C higher than pre-industrial levels, we still won’t avoid a lot of the ill-effects of climate change. More importantly, lifestyles in these developed countries are inherently unsustainable. According to the global ecological footprint (an imperfect but indicative estimate), almost three times the planet’s current resources would be needed if the EU’s ecological footprint was replicated globally (lower than both Australia and the USA, incidentally.)

This is not to completely deny democratic governments the ability to bring about change, or to say that democratic governments, including India’s, are not acting. The problem is their ability to do so before it’s too late. While democracy comes with a certain moral acceptability because of popular approval, there is also in-built inefficiency. Developing a country-wide consensus on the environment is slow and tedious, and there are inevitable lags in implementation.

India has been ranked as the fifth most vulnerable country to extreme weather events in the world. Yet, the #2020Budget allocation for fighting #climatechange has been dismal. https://t.co/uORqYo82zY

Though economic growth and sustainability need not be antagonistic, current models of them are. An inherent restructuring of lifestyles and resource use on a global scale is needed. This necessarily works against people’s short-term interests, and will unlikely be an agenda voted into power. The rich, who usually have a disproportionately large ecological footprint, will have to give up unsustainable comforts and luxuries; the poor who aspire to these luxuries must be denied them due to no fault of their own. The electoral need for popular support is at odds with the unpopular policies required, which is why democracies seem inherently incapable of tackling environmental issues in the required time frame. It is only when all Indians take up arms against climate change that electoral promises will shift towards conserving the future.