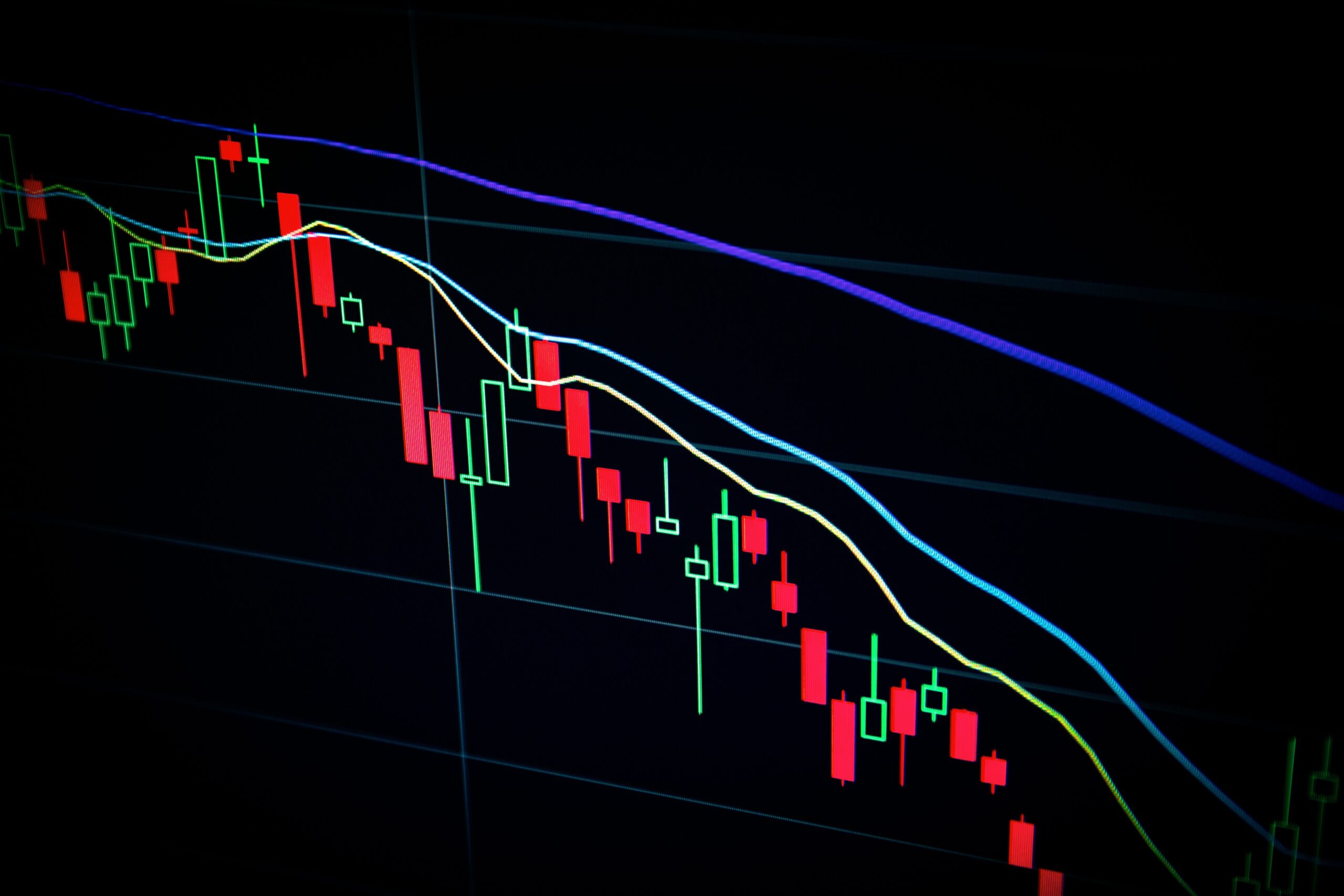 The listing of the Cryptocurrency and Regulation of Official Digital Currency Bill 2021 as part of the Lok Sabha’s agenda for the ongoing winter session sparked frenzied speculation about the future of cryptocurrencies in India. It’s easy to understand why: the Bill’s stated objective includes, among other things, the prohibition of “private cryptocurrencies”, leading many to believe that non-government-owned cryptocurrencies, including Bitcoin and Ethereum, would be banned in India. The Bill also seeks to create a framework for a Central Bank Digital Currency (CBDC), which is the digital version of a fiat currency.

Prices of all major leading cryptocurrencies—such as Solana, Ethereum, and Tether—saw their rupee valuations drop significantly in the days after the Bill’s listing. It has since emerged that the government is yet to finalize the Bill and is instead considering a more permissive approach towards crypto. It also appears that the Bill will be deferred to the Budget session of Parliament, usually convened from February to May.

Notwithstanding this ambiguity, since the Bill’s listing in late November, the regulation of cryptocurrencies has emerged as a key issue in public debates around the regulation of the digital economy. The subject of news debates, opinion pieces, and academic reports, the commentary in these sources largely centres around the magnitude of crypto investments in India and the potential misuse of such assets for tax evasion, money laundering and financing of illicit activities.

An element often missing in these discussions is the potential impact of regulations on the burgeoning crypto developer ecosystem in the country. This is especially surprising given the potential that web3 development holds for India economically and geo-politically. Web3 refers to the next paradigm of the internet, where users actually own the content they produce and can use it as they wish. This is different from the current state of the Internet—web2—where large intermediaries exercise control over user-generated content.

From an economic perspective, decentralised cryptocurrencies allow Indian developers and entrepreneurs to compete in a global market with no dominant players, unlike existing technology markets that are increasingly dominated by the United States and China. Globally competitive Indian technology firms help increase economic productivity, generate employment and attract foreign capital. Polygon is an early example of this. Founded by three Indians, the smart contract platform helps scale Ethereum blockchain, rapidly emerging as the leading Ethereum scaling solution. As the Esya Centre has previously pointed out, a well-established domestic crypto ecosystem also provides India much-needed leverage in discussions on the regulation of cryptocurrencies at important global forums, such as the G20. Such leverage will help India shape global standards governing the use of digital currencies, whether centralised or decentralised.

Clearly, Indian web3 developers can do much for India’s cryptocurrency ecosystem, provided they are in an enabling environment. How do different kinds of regulations potentially impact their work? Is regulation really a roadblock to their success? To answer these questions and more, with the help of Superteam DAO’s resourceful community, I spoke to a few Indian web3 developers.

The Lure of Crypto: What Drives Developers To Take Up Web3 Development?

A common factor is, of course, a belief and curiosity in the technology underlying cryptocurrencies, that is, cryptography. “My interest in cryptocurrencies developed after listening to a lecture by Dr. Pandurang Kamat on cryptography and the blockchain a few years ago,” says Gnana Lakshmi, a software engineer with years of experience in crypto, as a developer, teacher, and ambassador. Lakshmi is currently working on multiple projects, including Questbook (a web3 learning platform) and Coinfantasy (a decentralized crypto gaming platform.) “As a software engineer, I was curious to learn more about how to develop blockchain-based technologies. I also wanted to improve educational material on cryptocurrencies and web3 for people like me who were interested in entering the space.”

Building on her vision to improve web3 literacy, Blockchain University–an initiative aimed at educating developers about web3–was launched by Gnana and her colleagues in 2017. A general lack of enthusiasm about crypto-related development at the time resulted in the initiative being wound up the same year.

Yet, down the line, more and more people are resonating with Gnana Lakshmi’s drive: and as a result, web3 development in India has grown considerably over the last couple of years. This is best illustrated by the increased enthusiasm for web3 development courses and hackathons in the country. Questbook, which teaches developers to code in web3, has been met with tremendous interest since its launch earlier this year.

Aside from the intrigue surrounding blockchain technology, many Indian developers are intrigued by the flexible yet global nature of most web3 projects–which has become a huge talking point in online communities. Web3 marks a shift away from a traditional corporate set-up, harnessing the potential of work from home. In plain speak, this means that web3 developers adopt flexible timings and work on different projects simultaneously. The lack of a corporate structure also means that anyone with the requisite skills and know-how has a shot at creating a viable product.

Kunal Bagaria, for instance, is a 16-year-old who’s leveraged his ability to code into multiple products with real-world utility. Due to his age, he would find it difficult to get a job at any leading technology company. Much of his interest in crypto is owed to the entirely non-corporate people he engaged with online. “My interest in developing for web2 started by watching people around me build apps and websites,” he recalls. “I taught myself programming languages like TypeScript, React, CSS, and later Rust. I started working on web3 projects after hearing about them online, on crypto Twitter accounts.” Since then, Kunal has built more than a few projects, the most notable of which is wagmi.bio. The product does away with the long and complex wallet addresses usually required to send and receive crypto and instead allows users to create their own personal links. Recently, Kunal’s added invoicing and receipts to wagmi.bio, making it the Stripe or PayPal for creators using the Solana blockchain.

The possible financial gains from success in web3 development is another important factor. The three Indian founders of Polygon, the leading scaling solution for Ethereum, have become billionaires in a short period due to their project’s resounding success.

“Even ‘traditional companies’ are now exploring ways to leverage crypto and web3 to provide more value to their existing customers,” argues Abbas Shaikh, an expert on NFTs. He quoted the example of a  well-known fundraising entity that was looking to leverage crypto and NFTs to utilise the funds in different and more effective ways. “This increases the demand for developers who are comfortable programming in languages such as Solidity (required to create smart contracts in Ethereum).”

However, the enthusiasm for web3 development in India has grown despite, and not due to, the regulatory framework. This is largely because the framework surrounding crypto in India has been uncertain. The RBI has banned or made it difficult to use cryptocurrencies through its circulars and guidance notes. A high-level committee appointed by the Government to study virtual currencies also recommended that private cryptocurrencies be banned in India.

The resulting confusion and uncertainty impacts web3 native developers. Given the time and effort they’ve put into establishing themselves in web3, it is highly unlikely that developers will migrate back to web2 development if a ban were to be imposed. Harshita Singh, the Co-Founder of Timeswap, explains how this impacts individuals’ projects. “Timeswap is a completely decentralised global borrowing and lending protocol. We are a global project, and not dependent on local regulations. So what the Indian government decides doesn’t affect us,” she explains. “For projects that are dependent on local regulations, such uncertainty often leads to a mass outmigration of good teams from India to countries that are favourable towards cryptocurrency.” Both Kunal and Gnana are considering registering their projects in more permissive jurisdictions, such as Dubai and Singapore.

Shaikh adds that this decision to move out of India largely depends on the nature of the project itself. “The decision to move is an individual founder’s one,” he says. “The kinds of brands I currently work with are not too deeply invested in cryptocurrencies or blockchain technologies. they can operate without both and they’re fine pivoting. It’s the founders of ‘crypto native’ or ‘web 3 native’ projects [projects that are entirely dependent on cryptocurrencies] who’ll be concerned by bans or strict regulation, as it’ll affect the product’s operations.”

At the same time, a ban would not mean that web3 development in India would completely stop. As mentioned earlier, web2 companies are exploring aspects of web3, such as NFTs, to improve their overall service delivery. Such projects are likely to remain largely unaffected by a ban and may even be helped by the introduction of a government-backed digital currency or Central Bank Digital Currency. A CBDC would allow such companies to accept trustable and secure digital payments in return for the digital products and services they provide. “A CBDC might seem antithetical to the idea of cryptocurrency, but the fact that it’s fiat-backed makes it trustworthy,” Shaikh argues. “It’s likely that a CBDC would be the avenue that generates mass adoption of digital currencies in India for new investors and developers.”

However, it is important to note that this is a tiny area of the larger ecosystem. Most potentially impactful projects, such as Harshita’s Timeswap, are web3 native and simply cannot run using a CBDC. This is because a CBDC is digital fiat currency and entails some degree of centralization and control, which challenges the trustless and decentralized ethos of blockchain itself.

So, What Do the Developers Want?

Contrary to what I believed before these interviews, all the developers I spoke to are more than happy to comply with regulations that make it easier and more secure for investors to deal with crypto assets. These include, for instance, robust KYC processes and effective grievance redressal. There is a realization that if crypto is to be adopted by the masses, rules and guidelines which protect consumer welfare are vital. These rules should help consumers navigate the world of web3 in a manner that makes the risks of their actions abundantly clear.  Indeed, most Indian crypto exchanges have proactively implemented KYC mechanisms even though there is no express legal requirement to do so.

Yet, the prevailing uncertainty surrounding crypto is not a step forward in this regard. One of Polygon’s founders noted that they even avoided advertising and raising capital for their project in India to avoid regulatory scrutiny.

It is not surprising that the developers I spoke to for this article regard clear communication as the most important aspect of any crypto regulation. This includes clarity over the legal status and definition of crypto assets and their tax treatment. For instance, greater clarity over legal status and taxation would benefit developers who earn largely in crypto. The developers were more than ready to pay their fair share of taxes if it meant that they could build and create projects without the proverbial regulatory sword hanging over their heads. At the moment, it’s also unclear as to whether crypto will be treated as a security or asset derivative, and whether raising money through crypto will attract provisions of foreign exchange laws.

Developers clearly want a framework that signals support for web3 projects that create real value for Indian citizens and help boost the nation’s digital transformation. A recent report, co-authored by the Esya Centre and Observer Research Foundation, outlines the contours of what such a framework could look like.

Bringing Indian MSMEs into the 21st Century through Digital Payments

The Potential of Artificial Intelligence to Revolutionise Indian Agriculture