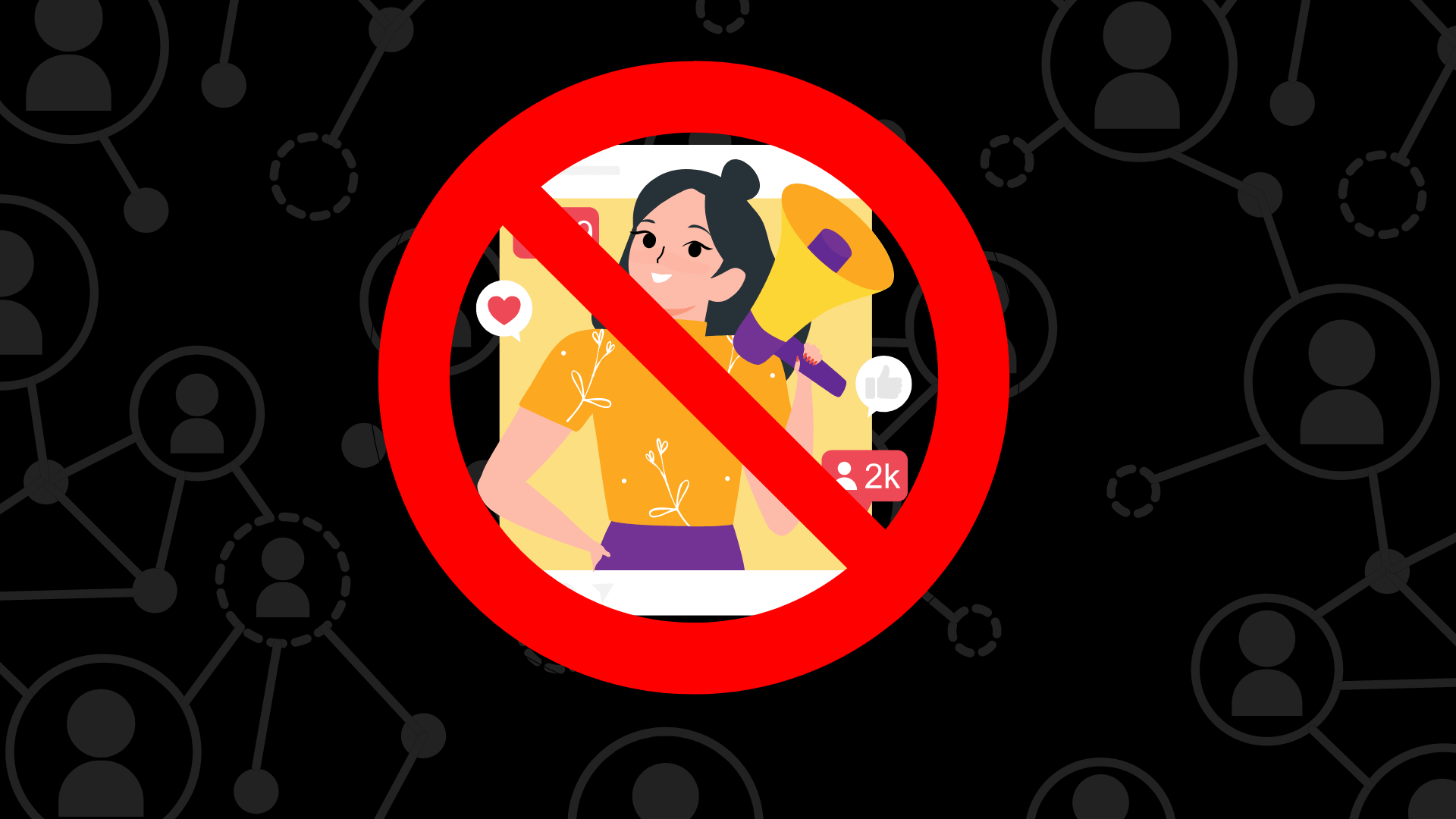 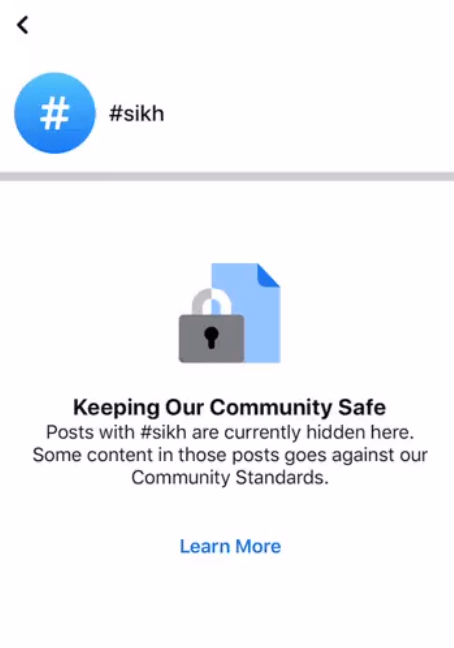 In 2020, ‘#Sikh’ was blocked from Instagram, Facebook, and Twitter for over 3 months. The hashtag did not show up on search pages, and related posts got minimal viewership. Several Sikh content creators and media outlets were unable to access their accounts. These restrictions were implemented around the time of the anniversary of Operation Blue Star – resulting in an entire community of people being silenced from talking about a tragic historical moment.

Shadowbanning is the invisible suppression of content visibility. To quote researcher Gabriel Nicholas, “Shadowbanning is the unknown unknown of content moderation.” Essentially, it involves social media companies deliberately preventing an account’s posts or comments from receiving engagement without explicitly banning them. It is characterized by sudden drops in viewer engagement, lack of visibility in hashtags and explore pages, and overall deprioritization by the content algorithms of social media companies.

Shadowbanning started as a practice of removing spam, repetitive, extreme, or hateful content. But over time, it has broadened to include opinions and ideas that are considered even slightly ‘controversial’. In 2019, Ajay Barman, a Tik Tok influencer, faced shadowbanning after uploading videos on Hindu-Muslim brotherhood. “My videos used to get an average of 200,000 views but it’s now down to 8,000 views. None of my videos show up on the ‘For You’ page,” Mr. Barman said.

The Center for Democracy and Technology is a think-tank based in Washington DC that recently released a report, ‘Shedding Light on ShadowBanning’. This study, led by Mr. Gabriel Nicholas, was conducted based on a representative survey of 1000 social media users in the US, combined with in-depth interviews. The report found that “the platforms with the largest percentage of their user bases who believed they had been shadow-banned were Facebook (8.1%), followed by Twitter (4.1%), Instagram (3.8%), and TikTok (3.2%). Users most frequently believed they had been shadowbanned for their political views (39%) or their positions on social issues (29%).”

The cost of such content regulation is the restriction of free speech. The fear of being shadowbanned has a chilling effect on free speech, with people not expressing opinions and ideas that may be tagged ‘controversial’. In particular, accounts that bring to light issues of social importance are often victims of shadowbanning – thereby reducing the engagement that viewers have with socially relevant content. Issues such as mental health, body positivity, and menstrual health require awareness to break the taboos, which is why conversations on social media platforms are crucial.

For influencers, even the threat of a shadowban can affect the type of content they post and the way they post their content. Fluctuations in content engagement and viewership could affect the type of sponsorships and deals that they receive. Avanti Nagral, an influencer with over 500,000 followers said in an interview with The Bastion, “It [shadowbanning] does have a financial impact, especially if you are working with a brand, and you are not able to meet the deliverables or expected outcomes just because the subject matter is not reaching as many people”. 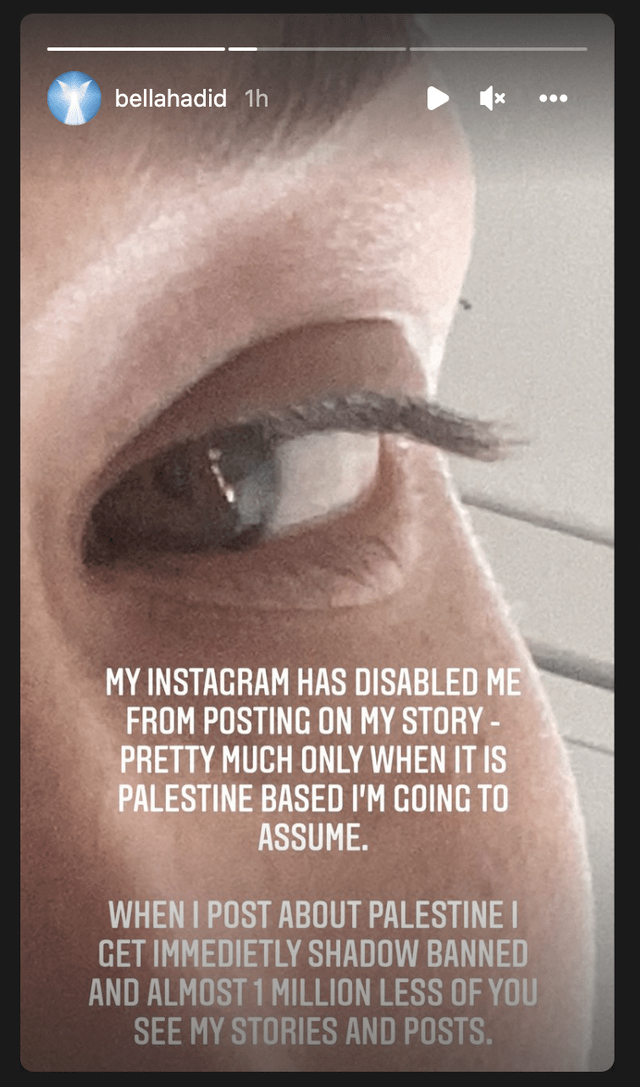 Even with increasing public pressure and scrutiny over social media companies to stop this practice, companies have repeatedly claimed that shadowbanning does not exist. In 2018, Instagram released a public statement claiming that they do not shadowban accounts from explore or hashtag pages. User experiences, however, stand as a testimony against this statement. Even well-established Instagram user Bella Hadid, who has over 50 million followers, claims that Instagram shadowbans her whenever she posts about the Israel-Palestine conflict.

In the instance of shadowbanning #Sikh, Instagram and Facebook later released a statement saying that it was a technical error and claimed that it was never their intention to silence members of the Sikh community. Tik Tok gave a similar explanation when the Black Lives Matter movement was restricted in 2020, as did Twitter when the accounts of Republican politicians weren’t auto-suggested in 2018. Social media companies seem to be hiding behind the veil of “technical errors” to escape accountability vis-a-vis shadowbanning.

So, How Do You Know If You’ve Been Shadowbanned?

Social media companies do accept that they prioritize certain types of content in search results and explore pages. But they repeatedly state that those results are prioritized based on relevance rather than identity. Twitter officials have previously described the algorithm, “These ranking models take many signals into consideration to best organize tweets for timely relevance. We must also address bad-faith actors who intend to manipulate or detract from a healthy conversation.”

However, in January 2020, Twitter added a clause in the terms and conditions which gave the company the power to “remove or refuse to distribute any Content on the Services, limit distribution or visibility of any Content on the service, suspend or terminate users, and reclaim usernames without liability to you [users].”

Due to these mixed signals from companies, users have taken it upon themselves to find a way around shadowbans. There are a growing number of platforms that provide tools to identify and flag whether an account has been shadowbanned, such as Heist Social and the Twitter Shadowban Test. However, they aren’t entirely accurate because of the lack of transparency in shadowbanning.

All of this becomes even more significant in the digital era we live in. Social media has a huge impact on the information we access, the opinions we form, and the topics we talk about. In India, nearly 470 million people actively use social media and spend over 2.3 hours each day on various platforms. This is a trend globally, where people are becoming more hooked to social media, and relying increasingly on Instagram and Facebook for their news. And that trend just amplifies the impact that shadowbanning can have on all users.

Social media companies need to come out with clear and transparent policies on content moderation and not hide behind ambiguous “technical errors”. As Avanti Nagral told The Bastion, “I can understand why things [content] might need to be limited… if it is hateful toward a community or graphic or something of that nature, but anything else I think should be given a fair opportunity.”

What is perceived to be free speech by some might be construed as hate speech by others, which is why it is crucial to find a balance. Gabriel Nicholas puts all this into perspective in a conversation with The Bastion, “The human experience of shadowbanning is just as important as the numbers behind it”.