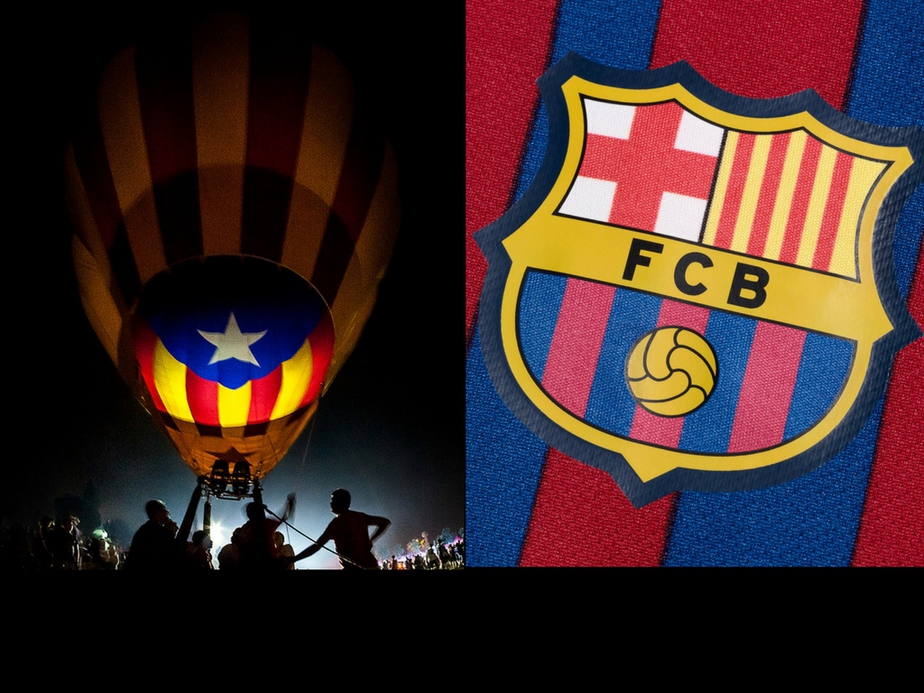 2017 will go down as another important year in Catalonian history as Catalonians went to vote on a referendum that decided whether they continued to be a part of Spain. October 28th ─ the day that the Catalonian parliament announced its independence ─ was marred by the Catalonia police resorting to the usage of violence to suppress voting efforts. Negotiations between the Catalan government and the Spanish government in Madrid did have not resulted in long-term solutions, as the Spanish government is vehemently opposed to granting Catalan secession.

Football in Catalonia has been emblematic of the region’s rich pride in its history, but there is one club whose influence has reverberated beyond its national boundaries since the 1920s. FC Barcelona, one of the world’s most powerful and successful football clubs, has always had close ties to the Catalan struggle. Today, the club’s future seems blurred: does it continue to participate in the La Liga if the secession takes place? Does it take an outright stand on the national issue? Or can the club strike a balance by continuing to contribute to Spanish football while maintaining true to its Catalonia roots?

FC Barcelona (Barca) came into existence in 1899 when Swiss businessman Joan Gamper put out an advertisement calling for the formation of a new football club. The response he received was largely positive; the club was formed shortly after with 11 players who were mostly from Switzerland, England and Spain. FC Barcelona soon took the Catalan footballing scene by storm as they won their first championship in 1902, less than 3 years after their formation.

As FC Barcelona grew more successful and popular over time, they managed to bring in more talented players and in 1909, they acquired their own stadium. One of the most significant historical developments in the club during this period was its adoption of Catalan as its official language from Castilian. Despite being a club formed by foreigners, in just a span of 20 years, FCB established themselves as an institution firmly Catalan in its identity.

In 1926, FC Barcelona achieved professional status as the club’s stature continued to grow within Spain. However, the following decade was a period of intense political turmoil, as Spain came under the rule of the dictator Primo de Rivera. Supporters became involved in more political activities; despite its continued success in winning the first edition of the Spanish League in 1929, the club’s importance diminished. While ties between Catalonia and the government in Madrid did deteriorate, hostilities did not reach a peak until the beginning of the Spanish Civil War.

The beginning of the Spanish Civil War forced many of Barca’s players to take up arms against Francisco Franco’s forces. Josep Sunyol, who served as the club’s president during the time, propagated the image of FC Barcelona of being closely linked to the idea of Catalan nationalism. His views were not welcomed by Franco’s Falangists; he was murdered in 1936 due to his close links with the Catalan government. Sunyol’s death was a huge blow to FCB, as he was not only integral in solidifying the club’s finances and organization, but also in creating and reinforcing Barca’s Catalan identity. In 1938, FC Barcelona was officially forced to remove all symbols of Catalan nationalism including flags, crests and the Catalan language, resulting in the club being renamed in Spanish as Club de Futbol Barcelona.

The Franco years between 1936 and 1975 were among the toughest for the club, especially when it came to openly embracing their Catalan self. Although this period was a successful one, Franco’s government had placed tough restrictions on using the club as an icon of Catalanism. Franco’s support for Real Madrid intensified the rivalry between the two teams as the game now had a political angle to it as well.

Still, FC Barcelona’s membership continued to grow, owing to its triumphs in Spain and Europe coupled with the construction of a new home ground at Camp Nou. The club slowly began reusing its Catalan symbols as well; in 1949 (on the occasion of the club’s 50th anniversary), FC Barcelona reinstated the four stripes from the Catalan flag that it was previously forced to remove from its coat of arms. The famous club motto “Mes Que un Club” (loosely translated to ‘more than a club’) was used for the first time in 1968 when incoming club president Narcis de Carreras used the words to describe the club’s identity. In 1973, under club president Agusti Montal, the club reverted to its Catalan identity as its name was changed back to Futbol Club de Barcelona, while the Catalan language and symbols became more and more common at Barca’s matches. Democracy was coming back to Spain and Barcelona became more firmly entrenched in the Catalan identity.

Calls for Catalan independence have intensified significantly, with three referendums taking place in the last five years. The referendums were in favour of independence but were nullified by the Spanish government. FC Barcelona has supported Catalonia’s right to self-determination, but have shied away from officially picking sides on this issue. While the club is a member of the erstwhile National Pact on the Right to Decide ─ a pro-independence movement in Catalonia (now called the National Pact for Referendum) — it is well-aware of the repercussions it will face if Catalonia does secede. Barca faces the threat of having to leave the La Liga ─ a move that could cost them financially as well as socially. The dominance of Real and Barca would be over if this happened, leaving many players, fans and officials greatly disappointed. The club’s board recognizes that there is still a strong internal divide between its members on the issue of independence, which is why it continues to remain neutral on the issue. Still, however, a large section of the fans openly display their Catalan identity at matches and continue to use the club as a platform for making their voices heard.

Talks between the Spanish government and the Catalan authorities are in full flow as both sides struggle to reach an agreement. With the Spanish government’s decision to strip Catalonia of its autonomy, the land’s most productive region is ferociously fighting back. The consequences of this could be massive for FC Barcelona, as their future in the La Liga remains uncertain. Vocal fans continue to chant Independencia! during the 17:14 mark during games, the year in which Catalan troops were defeated by Spain. However, the club’s board continues to maintain an ambiguous position on independence, as many of its members are still divided on the issue. While many members want the club to adopt a stronger position on Catalonia, some just want the club to focus on what takes place on the pitch.

For now, the club continues its balancing act in order to please its various stakeholders. At the end of the day, regardless of pro-independence or anti-secessionist orientations, F.C. Barcelona continues to be a symbol of pride for Catalonia and a unifying force that reinforces the Catalan identity.

Why Democracy May Not Save India From the Climate Crisis