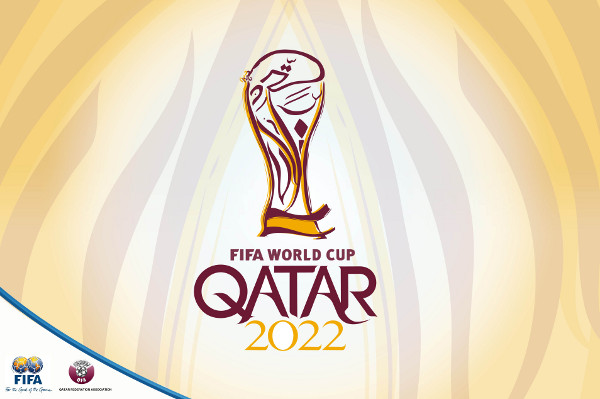 2017 was a turbulent year for the State of Qatar. Qatar’s involvement with regional actors such as Hamas and Iran were seen as acts of terrorism by fellow members of the GCC, resulting in the tiny monarchy’s isolation from the rest of the region. The state-owned Al Jazeera media group was treated as a propaganda arm for the Qatari state and was de-legitimized across the region. Making matters worse, the future of the 2022 FIFA World Cup was also put in jeopardy. While FIFA’s host selection process had already seen numerous accusations of corruption, Qatar had problems of its own, relating to the deaths of workers at the new facilities and the playing of the tournament in the extremely hot summer months. Although Gulf countries have been routinely criticized in the past for the mistreatment of construction workers, Qatar’s difficult relationship with its migrant workers have gained much more attention in the years succeeding its successful bid for the World Cup. The state has been accused of turning a blind eye towards human rights abuses of foreign workers, while portraying themselves as a modern economic hub. To better understand the situation of Qatar’s controversial host status for the World Cup, it is also important to examine the roots of the country’s present-day social structure and how it plays a role in determining who ends up where.

Demographic Divide and the Kafala system

With the discovery of oil in the region during the late 1940s, Qatar was poised to become prosperous and the country’s economy no longer had to depend on traditional means of livelihood, especially after gaining independence in 1971. However, extracting the black gold required technical expertise that the natives lacked, therefore the Qatari state relied on foreign workers to prop up the new industry. Most of these foreign workers were brought in from South Asia through the ‘Kafala’ system of sponsorship. Foreign workers could enter and work in Qatar only if they were sponsored by a ‘kafeel’ (sponsor) or by a company willing to employ them.

Most of them come from South Asian countries such as India, Pakistan, Bangladesh, Nepal and Sri Lanka along with other countries like the Philippines and Egypt. This has led to a unique situation wherein less than 15% of the country’s population is made up of native Qataris. However, citizenship is heavily restricted and even those who’ve been born and bred in Qatar cannot claim citizenship, no matter how long they’ve lived there. This has resulted in many of the country’s migrant workers, especially those who are unskilled, being stripped of their rights and subjected to poor treatment by their employers.

The amassing of wealth has allowed the Qatari state to spend generously on its citizens, who are given free education and healthcare along with subsidized housing and utilities, giving them a standard of living that would’ve been unimaginable just half a century earlier. Qatar’s modern-day status of prosperity has migrant labor to thank a lot for many of its successes. 2013 figures show that migrants constitute 1,450,703 workers out of a labor force of 1,543,265. The small number of natives find most of their employment in the large public sector, which is responsible for hiring about 80.6% of working Qataris. The numbers are almost exactly reversed in the private sector, dominated primarily by migrants, who comprise about 78.4% of all those employed in this sector. Although migrants dominate nearly every level of occupation due to their sheer numbers, they also disproportionately occupy low-level and unskilled jobs as well. 99% of the country’s unskilled laborers are migrant workers while 81% of Qataris find themselves employed in “white-collar” jobs. Many Qataris also find it easier to move up the ladder as they are given preference over migrants.

The Struggle of Foreign Unskilled Workers

Oil-rich states in the Arabian Gulf have a difficult relationship with many of the unskilled workers that they bring in from abroad. While the lack of rights is common for migrant workers, unskilled workers have it much worse due to their inhumane working conditions, poor wages, and lack of protection from abuse. Qatar’s track record in this sphere has been abysmal and the state has been accused of practicing ‘modern slavery’ by international institutions.

Unskilled workers usually find employment in construction and infrastructure, while a significant number of people also work as domestic helpers. Men dominate the construction jobs while women are more likely to work as domestic helpers. The cycle of abuse starts even before they step foot in Qatar, as many of the prospective workers pay huge sums of money as “recruitment fees” to agencies or sponsors that promise to employ them. Most of these migrants are poor and have few financial resources to help them pay off the subsequent debts incurred, so have no choice but to work in harsh conditions. Workers are forced to live in labor camps, under unsanitary conditions, have limited access to food and water and are constantly at the mercy of their employers who withhold wages and prevent them from keeping possession of their passports.

Qatar’s labor laws don’t offer enough protection to many of its poorest migrant workers. The country’s non-ratification of the ILO’s Domestic Workers Convention means that the mostly female domestic workers are exploited by their sponsors. Numerous complaints of mistreatment and sexual abuse are reported yearly, but minimal action is taken due to the lack of a judicial system to protect these workers. However, over 378 women were held in detention in 2013 for violating sponsorship laws, a majority of whom served as domestic workers. Construction workers aren’t offered legal protections either as they are denied the right to form unions and bargaining groups to present their grievances. The small population of native Qataris believe that laws to protect migrants will eventually lead to a shift in the balance of power, resulting in a takeover of the country by the vast majority of foreign migrants.

Qatar’s already large foreign population grew substantially after the awarding of the hosting rights for the FIFA World Cup. The need for more stadiums and other related infrastructure necessitated an increase in the number of migrant workers that were being hired, largely from India, Nepal, and Bangladesh. Since Qatar lacks any world-class infrastructure necessary to host an event of this magnitude, it became imperative for the government to get all the facilities ready within a short span of time.

This has resulted in continuous work even during Qatar’s extremely hot summers. Average temperatures in the long summer between May and September consistently cross 50 degrees Celsius, making it unbearable even for those who are indoors. Yet, the Qatari government has done little to nothing to prevent heat and exhaustion deaths from occurring. To make things worse, official government records do not accurately report work-related deaths and fudge the causes for death in an attempt to wipe their hands of any responsibility. Initial reports from 2012 by the Qatari government revealed that 520 people, mostly South Asians had died while involved in construction work. Human Rights Watch discovered that around 385 of those deaths had no explanations given or investigations done by the Qatari government. Many more had died to due natural causes such as heart attacks and cardiac arrests, but these deaths weren’t part of government records either.

Vision for the Qatar Foundation Stadium. From WikiMedia Commons

Qatar’s lack of interest in publishing official records of work-related deaths has resulted in numerous media agencies trying to estimate these figures. However, this has resulted in a government crackdown of attempts by prominent agencies such as the BBC to gather figures, by arresting teams of journalists investigating the matter. The Washington Post reported the alarming number of worker deaths in Qatar so far and compared it to the number of workers who died in recent sporting events such as the Olympics and other World Cups. The report stated that an estimated 1200 workers have already died on-site, with the report not including figures since 2013. In comparison, less than 100 people died in total while working on projects related to 6 major sporting events like the Summer and Winter Olympics and the World Cups, over the past 10-15 years. A majority of the workers who perished were from India and Nepal and these numbers were retrieved by the International Trades Union Confederation from the embassies of the two countries.

What does the future hold for Qatar?

Qatar’s future is uncertain as it continues to face isolation from its Arabian Gulf neighbours. This has made life difficult for both citizens and migrants in the country. Despite all the international pressure, Qatar remains committed to its policy of “citizen first”, while not making life any better for a majority of its foreign migrants. The kafala system is here to stay and might even get more stringent as many Arabian states have expedited their policies of Nationalization within the private sector.

However, it continues to baffle many people as to how a country with an unnoticed international team, a weak league pyramid and an unbearably hot summer, was able to win the hosting rights for the biggest event in world football. While Qatar is a country that can definitely deliver results when it comes to world-class facilities, it is proving to be at the cost of the thousands of workers who have lost their lives, and many more who may face the same fate over the next few years. While FIFA has moved the World Cup to the winter months citing the unbearable heat that the players will be forced to play in the summer, they have done very little with regard to the conditions faced by workers building projects for a World Cup under FIFA’s name. The future remains gloomy and it is unlikely that much will change for Qatar’s workers over the next 4 years, lest we forget the human rights violations that have passed as we celebrate the wonder of the beautiful game in 2022.