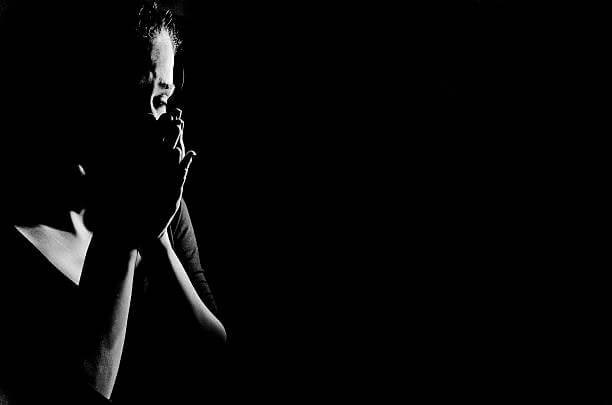 The revelation that the USA Gymnastics doctor Larry Nassar abused over 250 young women briefly drew global attention to the severity of sexual abuse prevalent even within the most elite sports industries.

The sheer number of women that Nassar assaulted is Weinstein-esque, demanding further inspection into an industry where confronting sexual abuse is not met with the urgency it warrants.

That Nassar’s activities went undetected for close to twenty years indicates deep systemic problems within sports bodies, similar to the Weinstein situation in Hollywood. So how does sexual exploitation occur within regulated sports institutions? More importantly, are there even systems in place for the remediation and prevention of sexual abuse?

Children and their Coaches

“I thought daily about all the little women and girls walking in his office and I wondered if it would ever, ever end.” These were the words of 25-year-old Rachael Denhollander who finally publicly accused Nassar of sexually abusing her when she was a 15-year-old gymnast.

Coach-athlete relations create a unique power dynamic in any sport. While sexual assault plagues adult athletes, research in sports psychology by Brackenridge shows that pubescent and prepubescent athletes are the most vulnerable victims of sexual assault. Out of the 159 cases they examined, 132 victims were adolescents or children.

More than a school teacher, a professional sports coach is often the most authoritative figure in a young athlete’s life; obeying their instructions is the catalyst to make it big. This dependence on coaches poses an uneasy dilemma. It is counter-intuitive for a child and an amateur athlete to resist their coach’s authority. To complicate matters, children cannot fully comprehend what constitutes sexual assault. Children who face friendship difficulties, low self-esteem and especially those with poor familial role models are the most susceptible to abuse by coach figures.

98 percent of the cases involved perpetrators who were some form of coach or instructor directly involved with the (generally adolescent) athlete. The type of abuse is also concerning. Close to three-quarter of the cases were termed “indecent assault”, meaning the sexual assault was non-consensual but its nature was unspecified. Over one whole quarter was consensual, yet obviously unlawful given the pedophilic nature of the act. Aggressive behaviour aside, coaches often employ discrete strategies to exploit children. Dubbed as “grooming”, these subtle methods enable perpetrators to remain undetected in the sports system.

Besides the method of exploitation, 21percent of abuse-related incidents occurred at away competitions (those that involve travelling and residing elsewhere). Extra supervision for athletes is paramount during such events. An alarming 50 percent of female victims reported abuse during training sessions — an environment most parents would consider as relatively secure.

Shockingly (or otherwise), there is no designated body to monitor and collate data related to sexual abuse in national sport. The absence of such a body makes it impossible to ascertain the extent to which sexual assault occurs. Without the existence of a supervising body, every sports industry lacks the information necessary to prevent individual atrocities as well as recognize the nature of abuse at a macro level.

This is not an insurmountable problem. Given that child athletes are in an extremely fragile phase in their lives and professional careers, they are susceptible to sexual predators, who tend to arise in the form of coaches or mentors. For coaches to work with athletes without the risk of sexual abuse, sensitization and awareness are prerequisites. Coach certification modules must recognize the specific needs of female athletes.

The Norwegian Olympic and Paralympic Committee and Confederation of Sports (NIF), for starters, prohibits alcohol consumption during formal events and prevents coaches from interacting with players in personal rooms. On detection, a “Clearing House” which collates and distributes reports of abuse enables law enforcers to confront different types of assault. Advocacy forms an integral part of athlete protection. Having athlete advocates not only allows for better policy development but also allows them (with the first-hand experience) to help athletes manage media attention for abuse-related coverage.

Organizations such as the NSPCC in the UK (National Society for the Prevention of Cruelty to Children) introduce legislation to prevent the sexual exploitation of children while offering detailed procedural guidelines to report abuses. But these organizations are sparse within the sports industry. Major football clubs like Arsenal have detailed policy to safeguard children and adults; they recruit safeguarding officers and have defined a set of acceptable and unacceptable practices. At the same time, Juventus FC has almost nothing of the sort. Even Arsenal’s policy came about only in May 2017, indicating the speed at which sexual abuse is being gone after.

In younger athletes, it is possible that the presence of a female coach may impact a girls’ desire to remain in the sport. Alarmingly, according to a 2015 report, almost half of National Olympic Committees in the world (surveyed by the IOC) have fewer than 20 percent of women on their Executive Boards. Ten nations have no women at all. In Indian governing sports associations, women constitute between 2 percent and 8 percent. Hockey India, with 34 percent female representation, is the only exception.

Granted, the prevention and handling of sexual assault cases require a context-specific approach; because the complications are nuanced, no industry has been able to eradicate abusers in its entirety. Even so, the relative isolation that 15-year old athletes like Rachael Denhollander suffer from is distressing. Nassar’s conviction is a wake-up call for action across the board in global sport. Existing institutions within sporting organizations are ill-equipped to pick up instances of sexual abuse, let alone seek remedies for its exploited athletes.