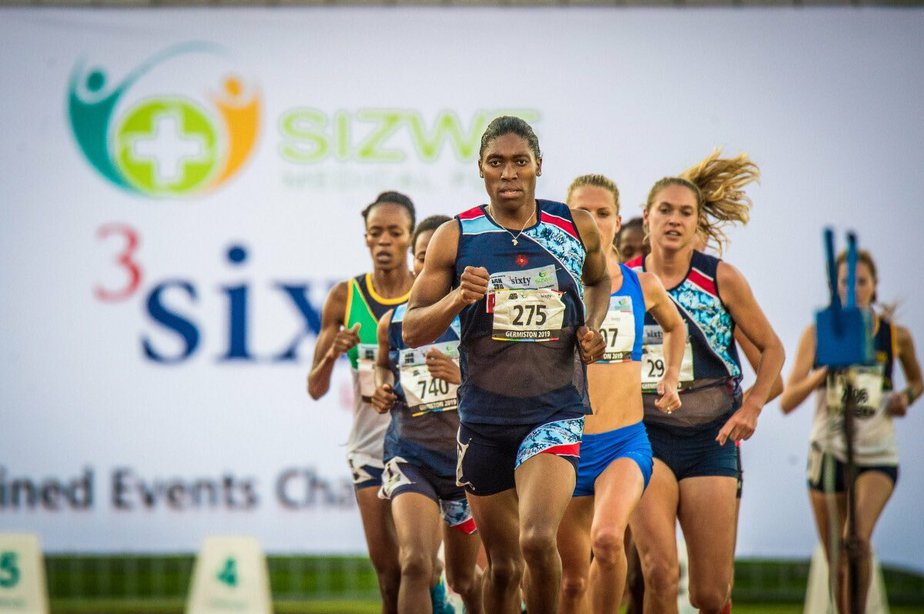 “We all transition at a different rate, and twelve months as a policy for everyone is just the most ridiculous thing I’ve ever heard in my life.”

This was Laurel Hubbard, speaking out against international requirements for transgender female athletes to maintain their hormones at a particular level for 12 months prior to a competition. Laurel identifies as a transgender, which is an umbrella term for individuals that have a different identity from their sex at birth. Some transgenders identify as male or female, while others may lie on various parts of the gender spectrum.

Gender equality becomes increasingly topical in the realm of sport, which is based on sex-specific classifications. This male-female gender binary automatically excludes others who deviate from ‘the norm’. For example, hyperandrogenism is an endocrinological condition wherein excessive levels of androgens are produced in a female body, leading to the development of typically masculine attributes.

In saying that the rate at which one transitions is not within their control, Hubbard is pointing to generalized regulations in Sport that are discriminatory in nature. One such element that controls classification is testosterone, whose interpretation has been rife with contestation amongst scientists and sportspersons.

Being a hormone known for its advantageous effects on physical performance, sports enthusiasts have cried foul when cis-athletes compete against those with much higher testosterone levels, thereby calling for a redefinition of ‘equality’ amidst segregated competition.

Since excess levels are found in trans and hyper-androgynous women, their hormone levels and physical appearance are scrutinized much more carefully as compared to male athletes. There is a lack of scientific consensus as to what extent testosterone can boost performance levels, thereby exposing the threshold’s vulnerability of arbitrarily exhibiting exclusionary discrimination.

The Olympic motto enshrines an athletes’ endeavour to be“faster, higher and stronger”. Unfortunately, in the pursuit of excellence, fraudulent activities have come to the fore. From enhancing hormones to disguising as the opposite sex, athletes have done their best to use testosterone to enhance their performance.  To secure fair and honest competition, organizations like the International Olympic Committee (IOC) and International Association of Athletics Federations (IAAF) require athletes to undergo sex-testing to check whether they comply with their definition of being Male or Female.

Here’s what the @iaaforg DOESN’T want you to know about the utter lack of a meaningful relationship between endogenous testosterone and performance. pic.twitter.com/nCCi3Oool4

Historically, women faced prejudice on biological grounds; it was widely perceived that they had no place in competitive sports. However, due to the surge of participation of women in Olympic sports since the 1920s, sex-based classification became necessary for competition. Initially, crude and humiliating physical examination methods were deployed upon athletes. Later, cheek swabs were used to identify chromosomes. As of now, hormonal levels are being measured via samples provided by athletes themselves.

As gender categories in society become more fluid, interdependent systems need to adopt a nuanced, sensitized and inclusive approach. For example, the International Paralympic Committee (IPC) has created a system of “sport classes” based on factors that test one’s ability to compete. The ethos behind such a classification is “to ensure [that] the success of an athlete is determined by skill, fitness, power, endurance, tactical ability and mental focus”, instead of gender. Since the scientific community cannot universally agree about the advantages of testosterone (and the degree of its advantages) on performance, the global enforcement of a similar sports-classification has been indefinitely deferred.

The scientific testing bug bit the world during the 1968 Olympics, owing to a multitude of political tension arising out of the Cold War. There was anxiety surrounding the possibility of male athletes from Eastern and Soviet Countries competing as females to increase their medal count. Hermann Ratjen, a Nazi youth, participated in the women’s high-jump in 1936 under the name ‘Dora’. Though Hermann himself lost to three women and finished fourth, this incident was used to further the cultural anxiety.

Testosterone as a Marker for Classification

As per current IOC guidelines, the upper limit of permissible testosterone levels for competing as a female is 10 nanomoles per litre. It exists to ensure that females will not excessively exhibit the advantageous effects of testosterone like stimulation of muscle mass, reduction in body fat, increase in muscle-to-fat ratio and heart and lung capacity. For trans women, the introduction of Hormone Replacement Therapy (HRT) for controlling their testosterone levels risks redefining their body physically and functionally. Put in perspective of who they may be competing against, HRT severely disadvantaged trans athletes in terms of their efficiency and training regimen.

India’s Dutee Chand is a hyperandrogenous sprinter who was victim to extreme sex-testing. After her incredible performance at the Asia Junior Athletics Championship in Taipei, she was sent for a gender verification test because of her masculine appearance. Chand was subjected to medical tests without her consent; these concluded that she was an intersex person.

Subsequently dropped for the 2014 Asian Games and banned from the Commonwealth Games, Chand’s experience typifies the hostility with which non-conforming female athletes are treated with. It led her to challenge the IAAF Guidelines in the Court of Arbitration for Sport (CAS); the July 2015 ruling said that HRT was not compulsory for female athletes to compete, as long as their testosterone levels were kept under the 10nmol/L threshold.

The South African Caster Semenya has faced humiliation similar to Chand. Although the runner’s test results were never announced, information was leaked that she had an intersex trait. In April 2018, the IAAF announced in its new rules that hyperandrogenic athletes would have to take medication that regulated their testosterone levels from November 2018.

They also state that an athlete who does not comply with this would face several difficult decisions, such as a “change in racing distance beyond a mile, competing against men, entering competitions specifically for intersex athletes, or sacrificing eligibility to perform in such prestigious competitions.” Semenya moved the CAS because these rules facilitate discrimination against those who cannot conform to a standard of femininity. The most recent verdict passed by the CAS earlier this week upheld the IAAF rule that Semenya would have to take medication to regulate her testosterone levels.

Irrespective of their hormonal condition, women should be allowed to compete without being forced to change themselves. Semenya’s ruling furthered “the offensive practice of intrusive surveillance and judging of women’s bodies, which has historically haunted women’s sports”. Any community deserves an opportunity to compete professionally by their own volition and hard work; on the other side of the coin, all sports organizations and authorities should vie for a sports system that is truly free and equitable for all.

Although the transgender identity includes both male and female individuals, only the female athletes’ category seems to be facing intense scrutiny and prejudice due to their transition. It is almost as if females who transition to being men are not viewed as a competitive threat in the sports world. But Rachel McKinnon, a Canadian transgender cyclist, has thoughts of her own:

“This is bigger than sports; it’s about human rights”

While the overriding objective of fair competition remains and is valid, the existing sports system deprives transgender athletes and hyper-androgynous women of their liberty. They have no choice but to conform to standards held by a sex-based denomination.

No systems exist in isolation of the society they are embedded in. This is to say, that in scrutinizing and excluding transgender women from sports because of their androgenic advantages, oppression against transgender people automatically deepens. With sport being one of those areas that hold immense potential for eradicating social hierarchies and injustices, basing minority rights on a majority opinion has done little good for the industry. McKinnon was even asked to leave her professional cycling team because of her unrelenting beliefs.

The admirable element of sport lies in its inclusiveness and equality in the face of fierce competition. Of course, there are several bumps while levelling the playing field. Yet, the sports industry’s inertial response to gender as a binary or embracing trans-authenticity has risked curtailing fundamental human rights.

The threat of an HRT looms over any aspiring young athlete who dreams of an Olympic Gold. With the scientific community’s inconclusive findings on testosterone vis-a-vis its performance boosting capabilities, concrete rules will be difficult to devise and implement universally. Still, this is no reason to stay quiet and wait. Rather, making such a drastic change to classification for competition could positively change the lives of athletes and the societies that idolize them regardless of their sexual identity or endocrinological condition.