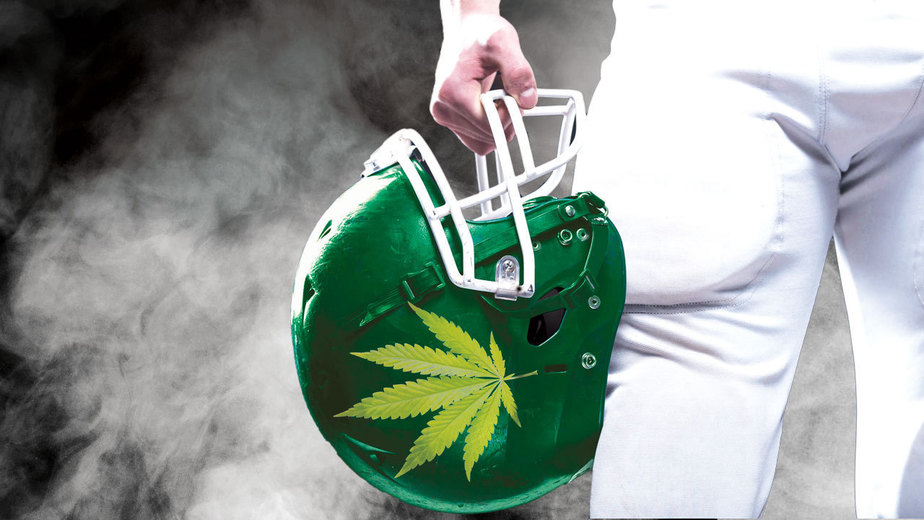 In April 2018, former Golden State Warriors player Matt Barnes revealed in an interview that he used cannabis extensively during his 15-year long career in the NBA. He even went so far as to admit that many of his best games came under the influence of cannabis. Barnes isn’t the only high-profile athlete to have used cannabis while actively playing. Several former athletes from the NBA and the NFL came together with Bleacher Report to make their case for cannabis in a series of videos.

This has prompted a conversation in the sporting world among athletes, sporting associations, doctors and the World Anti-Doping Agency (WADA).

Why do athletes smoke?

The primary reason for cannabis use among athletes at the highest level has little to do with performance enhancement; rather, cannabis use is felt to be a better alternative to pain relief than over-the-counter drugs. 2006 Tour de France champion Floyd Landis revealed that he routinely smoked cannabis in order to relieve his chronic hip pain, although he was later stripped of his title for his use of synthetic testosterone. Golden State Warriors’ head coach Steve Kerr advocated for cannabis over painkillers such as Vicodin, as he believes that prescriptions for painkillers are given out too liberally. Despite personally not being a fan of cannabis, he believes that the positive effects of cannabis as a therapeutic drug should prompt the NBA to take it off the prohibited substances list in the near future.

Matt Barnes on cannabis use, on the Rich Eisen Show.

Besides its effect as a pain reliever, cannabis is also popular for its ability to make one feel relaxed. Tetrahydrocannabinol, more popularly known as THC, is said to give a mild sense of euphoria to users while also improving their ability to focus during workouts and training. Another cannabinoid present in cannabis known as CBD, is said to reduce anxiety and help with insomnia, as well as conditions such as multiple sclerosis and childhood epilepsy.

It is being used more widely among athletes in combat sports such as UFC and other martial arts, thanks to the calming effects that it has on concussions and head trauma. UFC welterweight champion Nate Diaz has referred to CBD’s feel-good effects in treating injuries while UFC commentator and Brazilian jiu-jitsu black belt holder Joe Rogan has talked extensively about the positives of training while high. Despite its therapeutic effects and high-profile endorsements, cannabis continues to be on UFC’s prohibited list of substances.

Medical research with respect to the use of cannabis by athletes has yielded many positive results. Suzanne Sisley, a doctor associated with advocacy group Doctors for Cannabis Regulation, says that athletes who believe that cannabis is having a positive influence on them, regularly recommend the substance to other athletes as well. However, the Food and Drug Administration (FDA), the authority on drugs and substances in the USA, has not endorsed the use of marijuana-related products for the treatment of any disease or medical condition. The lack of FDA approval continues to hamper the progress made in promoting cannabis as a therapeutic drug.

It is important to note that the effects of cannabis on athletes are not all positive. Studies have shown that a regular intake of over 100mg can impair short-term memory, limit lung capacity and increase heart-attack incidence, especially among those with pre-existing conditions. According to Ben Greenfield, author of Beyond Training and a former IronMan triathlete, cannabis use can limit motor skills essential in sports such as tennis and golf, while also increasing the risk of transient ventricular regional ballooning (TVRB), a condition that weakens the heart muscle. With such potent risks, the use of cannabis among athletes should be in small doses and must take into account the athlete’s health.

WADA’s regulations against doping have also made it difficult for athletes to use cannabis. For a substance to be considered under the Prohibited Substances List, it has to meet 2 out of the 3 following criteria:

However, while cannabis features on prohibited substances list as it meets all the disqualifying criteria mentioned above, a positive test for the same during non-competition periods does not result in any punishment. Since it also features on the selected substances list, cannabis use that is either recreational or medical incurs a smaller fine as compared to substances on the Prohibited List. It is fair to say that while WADA doesn’t endorse the use of cannabis, it is not overly punitive with regards to its usage by athletes.

Cannabis in the Big Leagues

Different sports leagues have different policies regarding the use of cannabis and conduct tests or dole out punishments accordingly. For instance, a former Major League Baseball player revealed that he had smoked on at least “150 out of the 400 game days”, without facing any major consequences, proving that baseball does not take cannabis use too seriously. However, the National Hockey League holds the moniker for being the most relaxed when it comes to drug use, even letting players use cocaine. Both cannabis and cocaine are not under the banned substances list, therefore allowing players to escape penalties even if their drug tests come out positive. Former Philadelphia Flyers’ winger Riley Cote estimated that at least 50% of the players used cocaine at some point of the competition.

On the other side of the spectrum, both the NFL and NBA are among the most stringent when it comes to rules regarding cannabis use. The NFL can hand out bans that range from missing 25% of a season to an entire lifetime. Despite the fact that most players use cannabis to manage pain, the NFL has handed out multiple bans for positive drug tests in the last few years. Trent Williams, a Washington Redskins player was banned for cannabis use, resulting in him missing the 2011 Pro Bowl. Mike James, a sixth-round pick for the Tampa Bay Buccaneers in 2013, is said to be the first NFL player to receive a Therapeutic Use Exemption (TUE) from the NFL, thereby allowing him to use cannabis for pain management. It will be interesting to see if the NFL relaxes its policy to allow more players to use cannabis as a therapeutic drug in the future.

The NBA is known to enforce bans less strictly, despite having a drug-testing policy that is second only to the NFL. Just 15 nanograms of THC per millilitre of blood is enough for a player to get into trouble. But the stakes are relatively lower as drug tests are conducted not more than 4 times a year for each player, and the worst punishment is only a 5-game suspension. Coaches like Steve Kerr believe that players should get permission to use cannabis for medical purposes, just like in the NFL.

It seems fairly obvious that most athletes, coaches and physicians have now become much more aware of the therapeutic benefits of cannabis. Cannabis is slowly becoming the preferred alternative over painkillers thanks to its feel-good effects and lower likelihood to cause addiction. However, sporting associations and doping agencies still have to make progress when it comes to ensuring that athletes can use cannabis for strictly medical purposes. Although there are health risks associated with the use of cannabis, doses should be prescribed on a case-by-case, monitored basis to prevent any adverse effects. More importantly, athletes will greatly benefit if more is done to promote research in this field, to shed the taboo around its usage.

In June 2018, Canada became the first G-7 nation to make steps towards fully legalizing marijuana, while the United States continues to hand out lengthy prison sentences to those who are found in possession of even small amounts of the drug. Associating cannabis with medical advantages instead of crime and violence will bring a marked shift in the narrative surrounding the drug, not just in the world of sports, but also among the public in general.