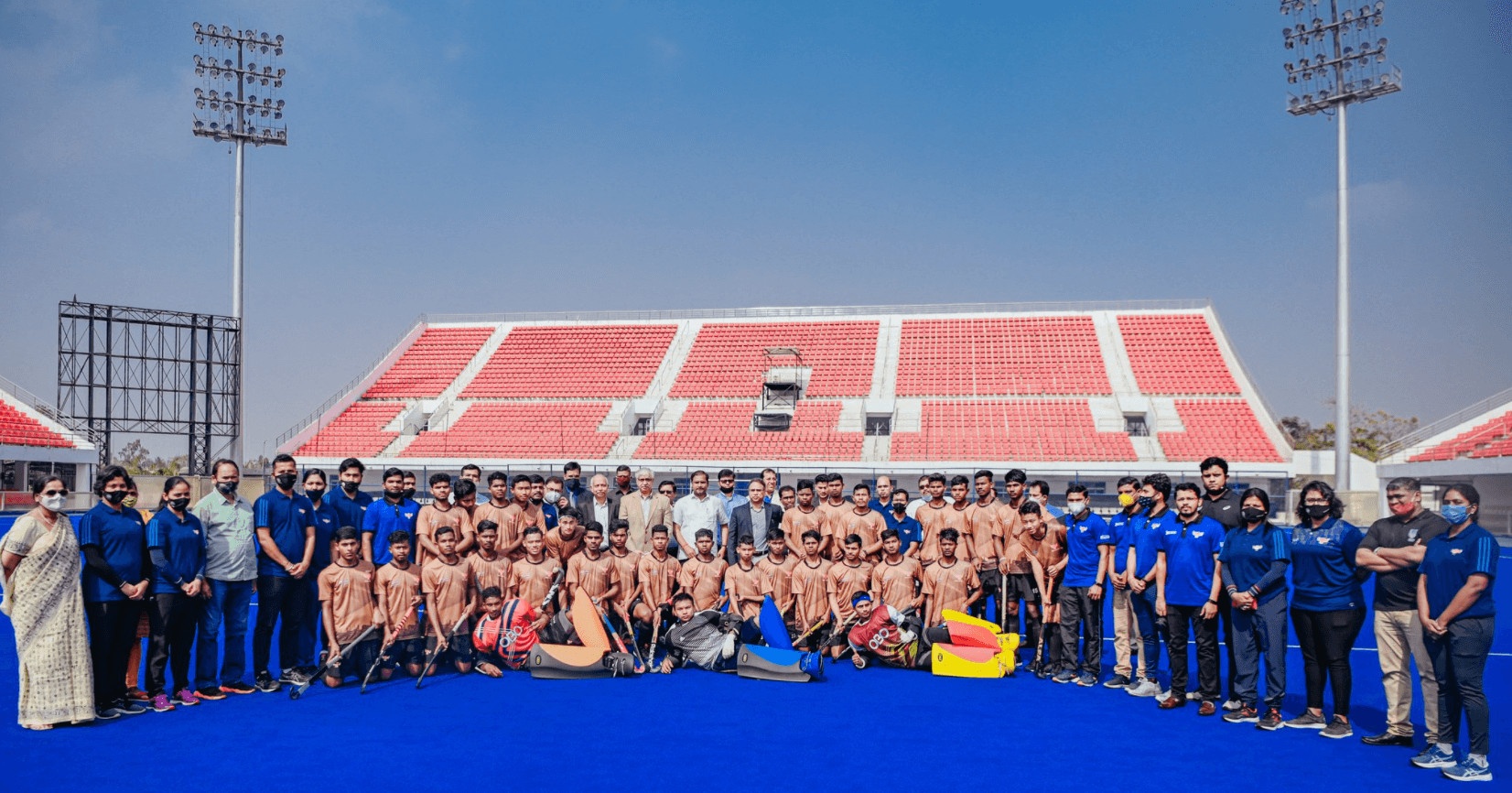 Remember PM Modi’s two-minute morning yoga routine from 2018 as part of the “Hum Fit Toh India Fit” campaign? Now think about the more recent “Fit India Movement” which urged citizens to imbibe fun, easy and inexpensive ways to remain fit. Both campaigns witnessed active engagement from ministers, sportspersons and celebrities, who shared video challenges and nominated others to continue the trend. Such campaigns and other one-day events like “Yoga Day” have a clear intent: to encourage citizens to forego their sedentary lifestyles for a more physically active day-to-day life.

But there is a ceiling for the impact that such programs can have, especially when it is compared to our politicians making more tractable promises around sports. After all, what better way to create an active citizenry than by investing in stadia and grassroots training, and by making sports and fitness a salient point in an election manifesto? 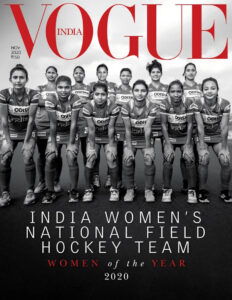 That’s exactly what the government of Odisha has done, especially with Hockey. Odisha is the official sponsor of Hockey India (HI) and has become a proven force in hockey infrastructure and coaching, prompting HI to schedule training camps including the ongoing national junior and sub-junior women championships in the state.

Odisha is developing a sustainable model for sports that invests in developing young talent, soliciting partnerships with corporations and international academies, all the while ensuring that international events can take place in their state-of-the-art stadia. Odisha’s model of sports development is one that other state governments (and political parties) can take a leaf out of in their endeavour to deepen ‘sports culture’ amongst India’s citizens.

A Sporty State of Affairs: On Infrastructure and Tourism

The ‘Odisha model’ for sports development is founded upon the pillars of the national Khelo India programme wherein talented athletes are developed in accordance with 12 verticals or objectives. One area where it has made particularly impressive progress is in building and upgrading the state’s sports infrastructure, which has created better training facilities for young athletes and grows opportunities for sports tourism.

Odisha’s investment in sports has led to state-wide tech-infra development with a long-term vision that includes world-class sports facilities, developing athletes at the grassroots and providing quality coaches. Rourkela is the second venue for the 2023 Hockey World Cup; the Odisha Government plans to spend ~₹200 crores to improve hockey infrastructure and coaching in the Sundargarh district alone. “The [Birsa Munda International Hockey Stadium] is going to redefine the sports landscape in the region,” said Chief Minister Naveen Patnaik, speaking about a district that has been a powerhouse of hockey talent in the form of Sunita Lakra and Dilip Tirkey, who went on to captain the Indian national team. Construction on the synthetic hockey turf in each of the 17 blocks of Sundargarh is underway.

Unfazed by the pandemic, an Indoor Stadium was inaugurated at Hinjilicut, along with a multi-purpose indoor hall at Chatrapur and shooting ranges in the Kalinga Stadium in 2020. A collaboration between the Aditya Birla Group and Olympian Gagan Narang, this 10m and 50m shooting range will allow budding shooters to hone their skills. In January 2021, the Naval Tata Grassroots Center, Dhenkanal, and the Grassroots Center at Deogarh were launched. These centres will provide valuable incubation sports programmes for talented youth across Odisha.

Stadiums, however big or small, are sites for harbouring healthy attitudes towards sports and fitness as a culture. The BJD-led government has committed itself towards organizing marquee events such as the Men’s Hockey Senior (2018) and Junior (2016) World Cups. They have also instated a state women’s league and are one of the hosts for the 2022 U17 Women’s World Cup. Apart from the football field, the Kalinga stadium campus is also constructing a Weightlifting hall, Gopichand’s Badminton Academy and a swimming pool.

What sets Odisha apart from other states in India is the long-term planning that recognizes sports as a tool for the overall development of selected regions. “Empowering the Youth” was a key campaign point in the BJD’s 2019 General Election manifesto; world-class sports facilities and envisioning Odisha as the face of sports in India embraces this ethos. The manifesto emphasized the importance of nurturing sporting talent and enhancing the infrastructural capabilities of each district, with the Kalinga International Sports City catalysing Bhubaneswar’s establishment as the sports capital of India. Albeit in its relative infancy in comparison to cities like New Delhi and Mumbai, there is some credence to this idea: Bhubaneswar came third among the “leading sports cities of India”, as per a Grant Thornton Bharat survey. The report cited the city’s fast-developing international standards that allow it to host mega sports events.

The BJD’s manifesto also encourages youth clubs with an emphasis on representing women, para-athletes and indigenous sports. Newly laid astroturfs and high-performance centers have seen an increase in the number and nature of youngsters participating across Odisha.

The Odisha government has also capitalised on generating tourism around sports, capitalizing on the influx of tourists that come with hosting an international and Olympic qualifying event for hockey. Murals of past captains and beautiful 3D art on flyovers welcomed visitors to the Men’s Hockey World Cup in 2018.

Across West Bengal, Assam, Kerala, and Tamil Nadu, how many political parties — regional or national — have used developing sports and its allied infrastructure as a promise for the youth?

Surely, even competitive populism has space for sports.

In fact, other states have also started re-investing in infrastructure for the all-round development of Hockey. In February 2021, West Bengal CM Mamata Banerjee announced a financial assurance of ₹20 Crores for developing the under-construction International Hockey Stadium, in the Salt Lake Stadium Complex. Having a seating capacity of 6500, the stadium is spread across 3 acres and is proposed to be completed within a year.

Infrastructure aside, her government has promised to provide financial assistance to its retired players, 26,000 clubs, and a ₹1 lakh grant to 861 coaching camps (each). West Bengal’s sports minister will undertake a project to select 100 upcoming players and fund their travel costs for participation in national and international qualification events. It remains to be seen whether the youth in West Bengal will take a leaf out of Odisha’s post-poll experiences with the BJD vis-a-vis sports development.

The Tata Trusts have been at the forefront of supporting sports in India. In 2018, Tata Steel set up a high-performance hockey centre called the Naval Tata Hockey Academy (NTHA) with the Department of Sports & Youth Services. Alongside hockey training, the NTHA educates and provides players with free access to sports science, a nutritionist, dedicated mental health care, and physiotherapy. The Bovelander academy trained the girls in their programme through lockdown, with help from Indusind as the corporate sponsor.

The good thing about the NTHA is that the infrastructure at Kalinga stadium is designed such that the players can live in a bio bubble. Their hostel is next to the pitch and the food is prepared in the canteen, which is also within the stadium and managed by the Tatas so we can control the hygiene factor. So, [during COVID], the female players were allowed to come to Bhubaneshwar, get tested, and live in the bubble and play Hockey.

Apart from Hockey, the government of Odisha has supported other sports through strategic partnerships. “Odisha sponsors the Indian Arrows team and the U17 national teams,” says Mr Vineel Krishna. Odisha is also the strategic partner of the All India Football Federation (AIFF) and is currently hosting the 2nd edition of the Indian Women’s League (IWL). “We are one of the host venues of FIFA U17 Women’s World Cup. Many of the girls come from rural areas, and football has changed their lives,” adds Mr Krishna.

“This is a historic day for Indian Rugby. We, along with the Govt. Of Odisha, have taken a small but solid step towards making rugby a professional sport in the country”, said actor, director & former Rugby international @RahulBose1 ! 🏈💪@RugbyIndia @CMO_Odisha @KirenRijiju pic.twitter.com/hM0ayxgQU9

From hosting the 58th Open National Athletics Championships in 2018, sponsoring the Indian national rugby teams till 2023, hosting the 2nd edition of the Herculean ITF Triathlon 2021, to organizing the 69th Senior National Volleyball (Men & Women) Championship in March this year, the Government of Odisha is a torchbearer for growing India’s sports ecosystem.

Back at the NTHA, Munmuni Das has been meticulously preparing for the launch of her sports career. Being a girl from the  small town of Joriguri in Tinsukia district, Assam, she used to practice alone before the SAI scouted her in April 2019 for trials in the 12-18 age group. Within a year, Das played for NTHA at the 2019 Nehru Cup and captained the U-17 Assam girls’ hockey team to the semi-finals of the Khelo India Youth Games 2019.

In March 2020, the Odisha Naval Tata Hockey team led by Rajiv Seth scouted talent to set up the Boys’ residency vertical programme by conducting trials in various parts of Odisha. Scouts went so far as Assam and also to Kodagu (a district in Karnataka with rich hockey heritage) for the final selection camp at the Kalinga stadium. Assessed on fitness, game sense and age verification tests, a list of 31 (U-17) boys were selected for the resident program from an initial pool of 900 candidates during the pandemic.

The first-ever Odisha Naval Tata Hockey Grassroot league 2021 was played over two phases in February and March. Hockey India also conducted an Umpires Clinic followed by a Grassroot Umpires Workshop, proving that its partnership with the state government is for developing hockey all-round, from young athletes to those officiating them.

Setups like the NTHA go the extra mile in helping players technically with foreign coaches and allowing them to continue studying within the academy. The Tata Trusts are encouraging communities to get involved with the sport. Neelam Babardesai, their Head of Sports, puts it well, saying “[Tata Trusts] were very clear that we wanted to give career opportunities to the erstwhile players from the region – who may or may not have played competitively – but really had a passion towards the sport. So, having a strong coach-development program was imperative… Majority of the tribal people are very shy and soft-spoken, so we really had to work hard with them to get them to open up on the field.” As far as national hockey goes, the road ahead requires specific and carefully executed training programmes, sports science, and strength training to prepare Odisha’s young stars for the 2021 national championships.

The all-round development of Hockey in Odisha and the clear prioritisation of sports by the BJD-led alliance is an example that should inspire other sports and state governments. With hybrid partnerships for high-performance centers that fasttrack select athletes’ development and grassroots centers with scouts, the Odisha model is also one that has focused heavily on young girls and tribal populations.

Given that several projects cited in this story were completed during the pandemic, amidst lockdown, the level of planning and execution from all stakeholders is commendable. The world-class infrastructure, improved participation across districts, sports tourism, and state teams’ national performances are testament to the governments’ commitments. Odisha is inching closer to becoming a bellwether state for sports infrastructure and athlete development in India. “India’s best-kept secret”, as the tourism department likes to call it, is out. Here’s hoping that it is just a matter of time until other states follow suit and boost sporting culture, budding athletes and multiple sports on priority.