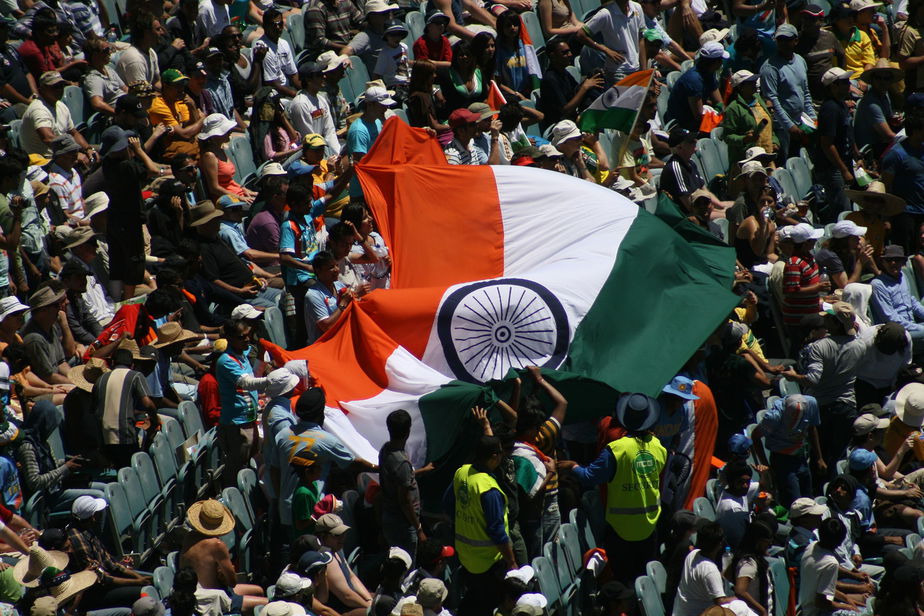 India’s diversity needs no introduction. Languages, food, festivals, clothing and more, it would probably take a lifetime to count the assortment of cultures that the country has to offer. The treasure hunt (or a desperate search?) for a unifying element or commonality in this plethora of diversity intuitively leads to one answer — cricket. Or as the IPL 2015 advertisement chose to put it, “The Festival of India”.

Cricket is one of the few elements that is believed to make the chalk and cheese of India come together. From the North to the South, people can relate to one another by discussing the one common theme that they all blindly worship. Indeed, it is through cricket that the Tamil heartland can relate to a certain MS Dhoni, or that R. Ashwin and Virender Sehwag can bond, or that fans of Delhi Capitals, Kolkata Knight Riders, Mumbai Indians and Chennai Super Kings can warm up to each other. In the average gully, office or school, in all those spaces where people from diverse regions and cultures interact, cricket is the common tongue.

This love for the sport has elevated it to a symbol of Indian national identity; it is a common stereotype that all Indians relate to Cricket — the conventional typical Indian is assumed to be a cricket lover. An Indian not following cricket is met with a shocked stare, as opposed to say, a person not following Indian football who is probably greeted with a relatable nod. It is taken for granted that every Indian knows Sachin Tendulkar (and can bond over discussing him), or that every foreigner who associates India with Sachin Tendulkar is correct to do so. In Benedict Anderson’s terms, the community of cricket lovers is the ‘imagined community’ shaping Indian nationalism.

Not the Grand Unifier?

If you were to take a step back and actually study cricket as a unifying umbrella, you would find several holes in this description which expose the politics of what I would like to call ‘Cricket Nationalism’ (equating cricket to nationalist identity). The biggest danger of cricket nationalism is that it negates the ability of certain parts of the country that don’t associate with the sport, like the Northeast, to be a part of this identity.

Till date, nobody from the Northeast has ever found his or her way into the national team, in stark contrast to the football team. In fact, six Northeastern states started playing the Ranji Trophy only last year! Further, there is only one international stadium in the region currently in use, the newly completed Barsapara Stadium in Assam, and has seen only two matches thus far. Before this, the Nehru Stadium (in Assam as well) was the only international stadium. However, having seen only 16 ODIs in its 57-year history, the stadium fell out of favour after 2010. The quest to integrate the Northeast into the bubbling mainstream cricket culture is often seen as the final frontier for the BCCI; recently, it constituted a task force to ‘repair’ the situation and encourage cricket development in the Northeast.

For the Northeast, cricket is not the stock gully sport or the chief workplace discussion topic, Football is. Mary Kom is as much of a household name, if not more, as Sachin Tendulkar. And events that are considered to be of ‘national pride’, like the 2011 World Cup victory, do not have the same significance. Baichung Bhutia aptly described the situation by saying, “Cricket in the north-east is no sport. People follow very little cricket.” Thus, keeping aside the lack of infrastructure or cricketing legacy, the Northeast does not have an ingrained cultural association with cricket; a modern-day Lagaan would most likely not depict the North-East.

It’s hard to guess why the sport never really caught here One school of thought says that centres of strong British influence and culture, like the Presidency towns of Bombay, Madras, Calcutta and Delhi, were where cricket completely immersed the local culture. Other than Assam to an extent, the British never gave as much cultural importance to the Northeast, thus resulting in the situation that we see today. But this theory does not explain why Football, being a British import as well, caught on in these regions with such vigour. Whatever the reason, what’s clear is that cricket could never really tie itself to the local communities as it did in other British centres.

It is thus easy to see a clear cultural asymmetry between the North East and the rest of the country. This asymmetry must be viewed in the larger context of exclusion of the North East from the Indian mainstream in general — a practice that is unfortunately and troublingly persistent.

Northeasterners face multiple levels of exclusion in the country. From racial abuse (being called Chinky) to Northeastern women being seen as “easy”, it would not be wrong to say that inhabitants of these states are often treated as second class citizens. If you go a level deeper, you also find that the state system itself, however unintentionally, perpetuates this treatment. Take our school textbooks for example; when learning about the history of India, there is barely any, if at all, mention of the history of the North East.

When the voice of cricket nationalism presents as itself as being representative of the entire country, it kills the possibility of the existence of any other voices. As a consequence, when one thinks of an average Indian, they invariably picture a cricket lover — one who relates to cricket and relates to other Indians through cricket. Such a picturization excludes those who do not culturally relate to cricket in the same manner from participating in the Indian nationalist identity itself.

Cricket is a sport, and it is important to let it remain only that. The universalization of cricket makes it seem as though the North East lacks “Indianness”, and passively contributes to the unfortunate exclusion they face in general on a daily basis.