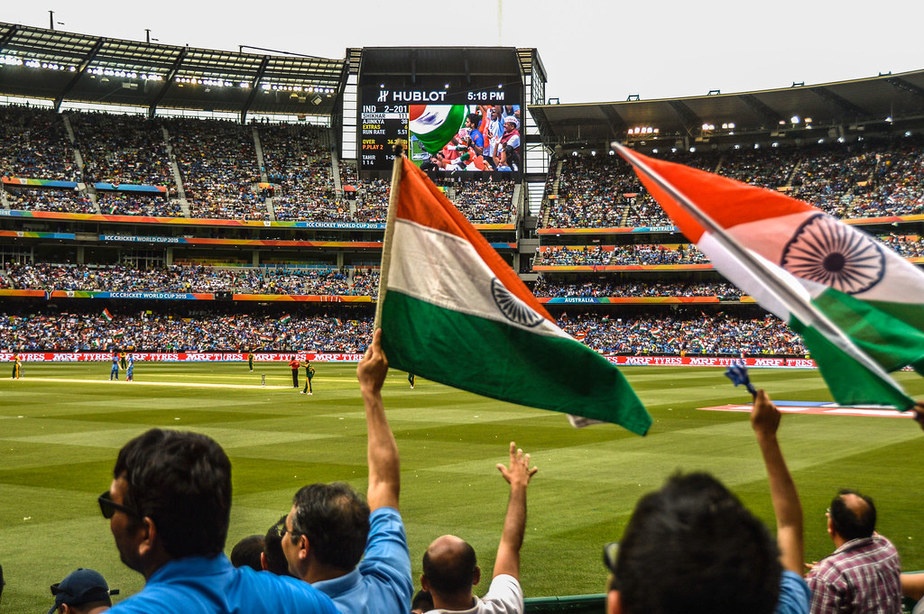 When we hear a post-match presenter ask a winning captain “So, how do you feel?”, it almost seems redundant. We know how they feel — elated, right? Yet, recent times have seen cricketers — amongst other elite athletes — show chinks in their otherwise robust armour. Sweeping their difficulties under the blanket is all too convenient for busy administrators, entertainment media and demanding fans. However, that hasn’t stopped mental health issues from rising to the surface.

Mental Health does not discriminate. Glenn Maxwell to take break from cricket with mental health issue https://t.co/91YpnPDpfl via @canberratimes

In October 2019, when Glenn Maxwell revealed that he was unwell and needed time away from the pitch, it sent ripples across the world of cricket. Three months since, Maxwell has made a successful return to the game at the domestic level after praising the support he received.

Just after Maxwell’s announcement, Virat Kohli—India’s most high-profile cricketer and most successful test captain—admitted that he had suffered from mental distress after a horrid run with the bat in a tour of England. He said, “In England 2014, I didn’t know what to do, what to say to anyone, how to speak, how to communicate. And to be honest, I couldn’t have said ‘I am not feeling great mentally and I need to get away from the game’ because you never know how that’s taken”. There is clearly a mental health epidemic afflicting cricket, yet somehow, the Pandora’s box is being opened only now.

The Noose of Poor Form Strangles at Every Level

The back-to-back scheduling of international tournaments in 2019 mounted immense pressure on India’s top cricketers. Kohli went on to add that “…if you think a player is important enough for Indian cricket, he should be looked after.” Kohli, Maxwell, and Kumar are not freak incidents to be overlooked. Injury, errors on the field, and organizational stress were found to be the most common stressors for elite athletes. However, cricket is different from most other sports where one’s involvement in a game lasts beyond the first mistake made: while you’re at the crease, you’re only allowed one mistake. Prospectively, if you misjudge the length of one ball, play down the wrong line, or incorrectly call for a run, you’re out. Then, the lonely and long walk back to the pavilion awaits.

According to Gayatri Vartak, founder of Samiksha, a sports-psychology firm based out of Pune, it is crucial to recognise these symptoms and stressors in this generation’s athletes to offer solutions for a much deeper malaise. “Players who have low awareness levels or have not worked on their mental skills tend to draw confidence largely from their performances. At the highest level in sport, spectators and supporters’ assessment of performances are unforgiving, which makes the confidence of elite athletes fragile.” Behind their well-groomed smiles and slick advertisements are also the dreadful silences between deliveries and obscene post-match abuse to deal with.

However, while Kohli can afford to sit out games against lower-level sides to help him refresh, not all the players have the luxury of doing so. As seen in the case of Kumar, most are constantly having to look over their shoulder while battling for their place in the XI. This is especially the case for up-and-coming cricketers, where the pressure to succeed is immense. For Vartak, given their stature, “it is hard to alter the mindsets that elite athletes develop over several years.” But, systemic changes can be made at lower sporting levels. For example, Ranji and other domestic level players get far less attention compared to their international counterparts. The lack of centralized contracts and irregular pay has sent many a player on hunts for regular and continuous employment elsewhere.

And so, Vartak is firm that “the grassroots is where the focus needs to be provided for the next generation of athletes. These mental skills need to be developed from a younger age; self-awareness throughout their sporting journey is necessary.”

The Boards and their Responsibilities

The general silence of most sports administrators on the issue of mental health and Indian athletes is remarkable, if not frightening. As for cricket, the presence of the Committee of Administrators (COA) and the organizational muddle that the BCCI has recently emerged from has impeded any coherent problem-solving from taking place.

Meanwhile, Cricket Australia and the England and Wales Cricket Board have actively taken steps to ensure that the mental health of its cricketers remains protected and that players have resources to tackle their issues. Both boards have gone from identifying and talking about the problem to taking measures to offer solutions.

In this atmosphere, the BCCI sticks out like a sore thumb. The Board is yet to admit that mental health illnesses affect the thousands of cricketers under its structure, indicating an institutionalised stigma towards mental health. And so, players end up more concerned about the perceived backlash they may face for opening up (something we recognized in our failed efforts to secure an on-the-record input on this issue from a cricketer.)

However, even when people do speak up, the Board’s responses leave much to be desired. The Indian women’s cricket team captain Harmanpreet Kaur’s request for a team psychologist to travel with the side fell on deaf ears earlier in 2019. This was even after she described the troubles that many of her players often suffer from. Evidently, the BCCI needs to urgently address mental health concerns by mandating sports psychologists or mental health professionals for assisting players at every level.

You May Also Like: The BCCI’s Autonomy is On the Fence

But coaches are an integral part of this federated process. “Coaches must recognise that players need mental training and enable an intimate one-on-one exposure to the psychologists,” says Vartak. “It is a misconception that sports counseling is a ‘luxury’ service. There are plenty of sports psychologists whose services are affordable.”

Sourav Ganguly’s appointment as President of the BCCI was widely lauded, as his experience as a player, captain and administrator would potentially allow him to relate to the problems faced by cricketers and find solutions to them as well. In his first press conference as President Ganguly confirmed the same, stating that his priority would be to “take care of first-class cricketers.” This encouraging statement falls in line with Ganguly’s plans of implementing a nation-wide contract system for players, and allocating more resources towards state associations, both moves that will hopefully ease the burden on the shoulders of young cricketers.

Similarly, Rahul Dravid, another celebrated former cricketer and team captain emphasised the importance of taking steps to ensure that young cricketers have resources available to take care of their mental health. In his role as the director of the National Cricket Academy and as coach of the u-19 and India A side, he aims to bring in trained professionals to help young cricketers. For Dravid, these professionals are far more equipped to handle such issues than coaches and administrators.

Rahul Dravid’s advice on dealing with mental health issues might resonate beyond cricket and sport:

The BCCI could take a leaf out of the Indian women’s hockey team that hired two sports psychologists to help out the team with their mental wellbeing. The results are clear as the team has achieved a fair amount of success on the pitch while also feeling a lot better off it.

However, Hockey India’s strategy must be replicated not only by BCCI, but also by other sporting bodies in the country, to not only improve the overall health of players, but to develop a stronger country-wide conversation and infrastructure around mental health too. Currently, “Ethics are a big problem with mental health services: players don’t necessarily know where the experts are. While sports orthopaedic surgeons are professionally standardised, the same doesn’t happen in the case of sports psychologists,” says Vartuk. Much work needs to be done, and can be done too in the world of cricket at least, given the BCCI’s deep pockets.

You May Also Like: Treating the Unseen: Pro-Athletes’ Struggle with Mental Health

Recently, 22-year-old Madhya Pradesh batsman Aryaman Birla announced that he would be taking a sabbatical from cricket as he was dealing with severe anxiety, indicating that young cricketers are willing to take time off to take care of themselves. One can only hope that such transparency reaches the higher echelons of players and administrators too. Only then in post-match interviews will we be finally able to openly ask our cricketers, “So, how do you feel?”

Featured image: “Cricket Mad” by Jiv.Talking, licensed under CC BY 2.0 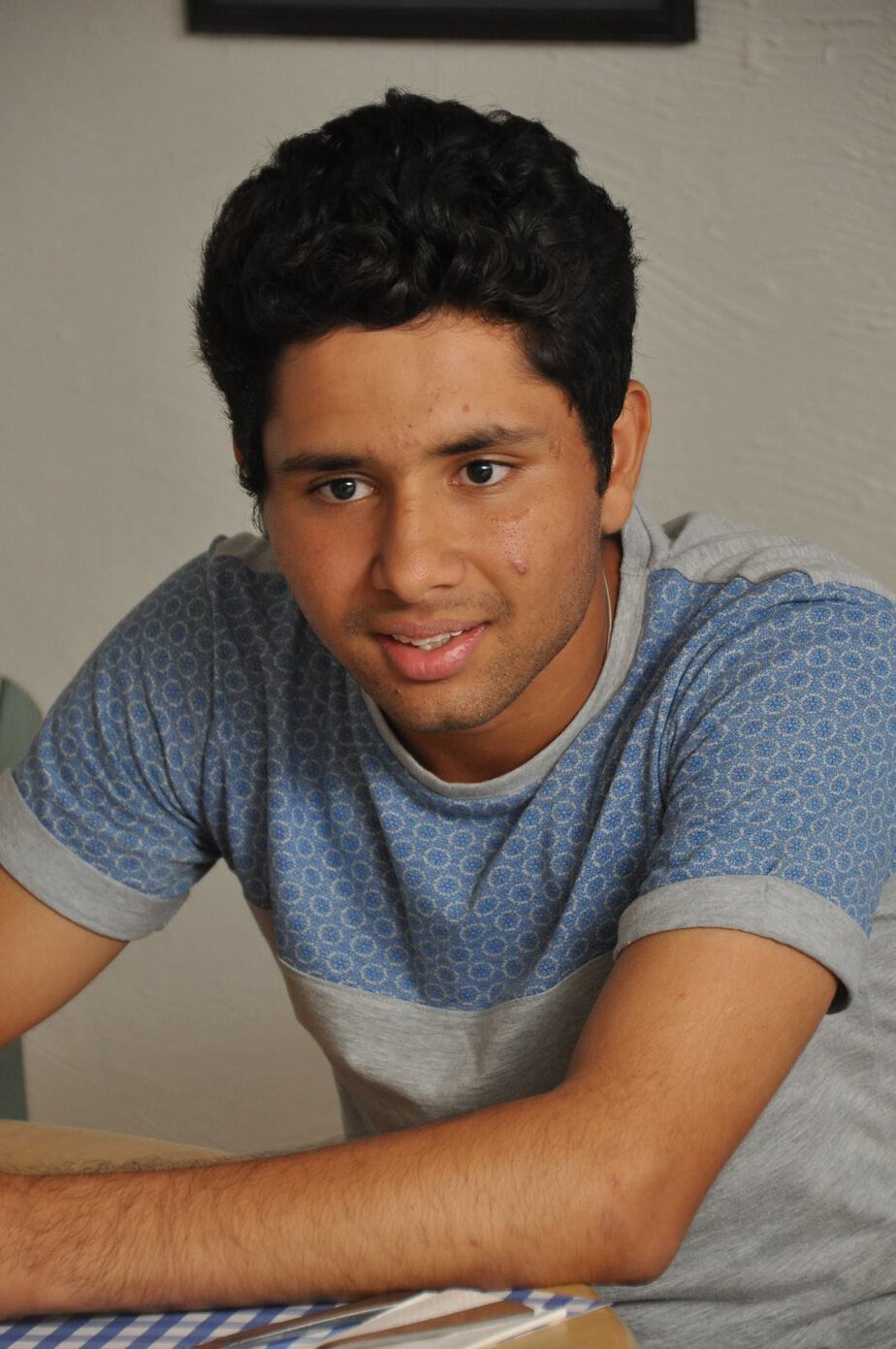