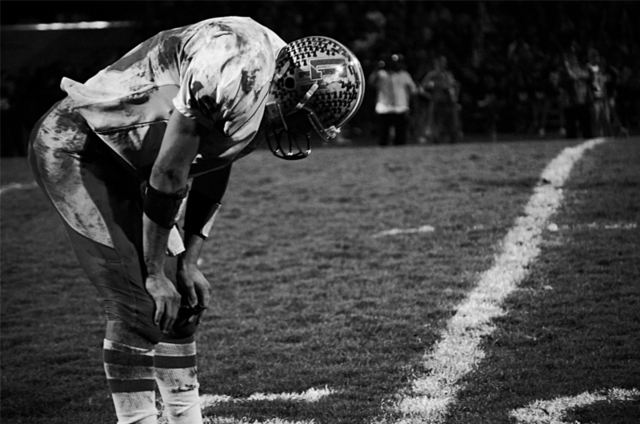 Strength. Alpha. Superhuman. These are just a few of the words we use to identify professional athletes. Ever since the first Olympics were held and certain humans were deemed worthy to show off their athletic prowess in front of the gods themselves, sports enthusiasts have put these individuals on a pedestal, figuratively and literally. This pedestal was meant to honour and immortalize them and their best attributes. However, being on this pedestal has its dark side.

Physical Injuries and its Knock-on Effects

In 2017, NBA All-Stars DeMar DeRozan and Kevin Love courageously opened up and talk about their battles with depression and anxiety, illustrating them with nigh on brutal detail. Explanations of how the game itself drastically affected their wellbeing, compounded by the extremely masculine and competitive environment, truly hit home for fans and the Association. Following this, the NBA announced a comprehensive mental health wellness program for players in response to the limelight thrown on mental health issues.

The most vivid and gruesome example of the effect of contact sports on the brain and the cascading consequences on day-to-day functioning can be seen in the National Football League (NFL). In a study published in the Journal of the American Medical Association, 99% of former NFL players whose brains were donated to research were diagnosed with Chronic Traumatic Encephalopathy (CTE), a degenerative brain disease found amongst those with repetitive brain trauma resulting in memory loss, severely impaired judgement and then progressive dementia. The only method of detection of the disease? A post-mortem analysis of the brain tissue.

The most common cause of death (27%) amongst these inflicted individuals is suicide, emblematic in the death of Dave Duerson who suffered from CTE and shot himself in the chest so as to leave his brain unharmed so it may be used for CTE research. Some research suggests that this also directly correlates with the NFL’s long history of players accused and convicted for domestic abuse.

Harm towards a player’s mental health due to injury isn’t even remotely restricted to those players with repeated head trauma. Kelly Smith who is widely regarded as England’s greatest female football player revealed that following her injury (a broken leg in the prime of her career) she turned to alcoholism and would regularly have suicidal thoughts.

While the physical harms of contact sports towards mental health has in fact been a topic of conversation for the last decade or so, another underlying problem which is possibly even more malicious and much more intangible is the culture prevalent in professional sports. The kind of culture that results in an environment which necessitates an attitude of self-censorship. Although a number of athletes have spoken about this attitude, it is best characterized by NFL player Brandon Marshall who was diagnosed with bipolar disorder in 2011:

“When I first heard the term “mental health,” the first thing that came to mind was mental toughness. Masking pain. Hiding it. Keeping it inside. That had been embedded in me since I was a kid. Never show weakness. Suck it up. Play through it. Live through it.”

This “mental toughness” as a reasoning to internalize and ignore pain is explained further by Kevin Love when he articulates how he was afraid that opening up to this weakness would derail his career or result in ostracization in a league full of men who were taught to suppress pain from a young age, or how he was incapable of having such conversations because he had never considered it as an option until he was 29 years old.

Steve Harmison, who was at one point the number one bowler in the world, detailed a series of panic attacks and his struggles with anxiety which didn’t allow him to eat or sleep for periods of time.

This culture of suppression, guilt, shame and ignorance has been the underlying villain in almost every story about mental illness and sports, and in one too many instances, the villain has won.

This attitude of apathy towards mental health changed in the United States when public discourse evolved and credit to this discourse within sports circles must go to some key organisations such as the Sports Neurology Clinic in Michigan and the players themselves who’ve started to rise out of the woodwork and reject toxic masculinity for what it is, toxic. Institutional action has taken many forms recently.

The previously mentioned NBA mental health awareness program has released a multi-layered and comprehensive plan to deal with a player. It will allow players to seek treatment and counselling outside of the framework of their individual teams if they want. The NFL recently started its long overdue total wellness program in response to overwhelming criticism of their conduct and actions denying any sort of responsibility for its players’ mental struggles. The NHL, while not recipients of the same levels of criticism, has seen its fair share of CTE cases and tragedies and has started been hosting events annually called “Hockey Talks” in order to raise awareness and spur open discourse about these issues.

In the UK, every single EPL team has started to take the initiative themselves by appointing personal mental health aiders in recognition of the fact that players, especially young players in their employ, will deal with a litany of external pressures from fan expectations, the organisation to their teammates that they may not know how to deal with and could affect their mental state and performance, and exacerbate any pre-existing mental health issues the player may already deal with.

These are laudable efforts and should be commended as they have aided the creation of an environment where stigmas against mental health issues can be fought and further efforts are more easily received by fans and athletes alike. It should be pointed out though, that a vast majority of these actions have come in response to certain instances. Whether it requires star players to speak out and create a public consciousness that necessitates this response or whether it is a culmination of medical evidence that makes it unconscionable to do nothing.

If these authorities have truly come to realise the realities of mental health issues beyond an intangible whisper in private therapy sessions, what must also be realised is that these are also realities of professional sports at their very core in the 2018 and waiting for an uproar before doing something about it could have very significant human costs.