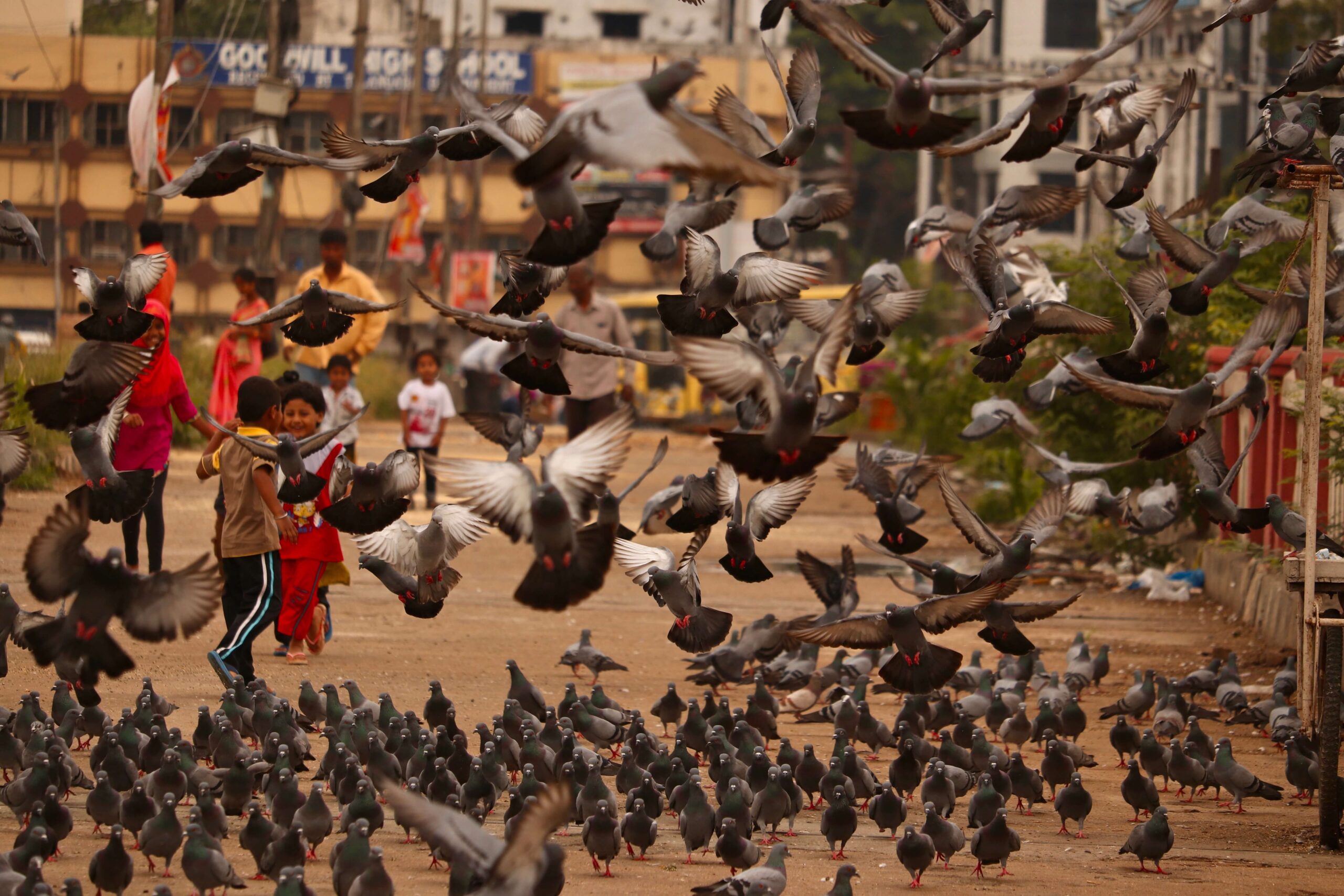 “One Health is still seen as a veterinary public health problem. ‘If it’s zoonoses, then let’s treat those animals so that we can stop humans getting infected.’ The current investigative approach doesn’t say why are those animals getting sick from that disease, what is the backdrop, the ecology of the disease? What caused this outbreak to happen in the first place? That investigation is still lacking.” These are the words of Abi Vanak, Senior Fellow at ATREE, when asked about the relevance of One Health framework in governance.

To tackle these questions, the Government of India set up a National Expert Group on ‘One Health’ in May 2019, a few months before the outbreak of COVID-19. One Health has long been advocated by the World Health Organization (WHO), which defines it as a “collaborative, multisectoral, and transdisciplinary approach— working at local, regional, national, and global levels—with the goal of achieving optimal health outcomes recognizing the interconnection between people, animals, plants and their shared environment.”

The Origins of One Health

While One Health may be new to India, this concept has been around for a decade both nationally as well as globally. Until the 20th century, human and animal medicine were practised separately, despite scientists recognising the similarities between the disease processes. The shift took place when scientific knowledge became more specialised and further professionalised.

The need for such an approach became evident in India with human pandemics such as influenza (H1N1, H7N9), Severe Acute Respiratory Syndrome (SARS), COVID-19—all of which are zoonotic. Zoonotic diseases have animal origins and transmit to humans, impacting not just health, but also other developmental factors too such as education and livelihoods. Consequently, combating it falls under the domain of multiple actors and agencies. The multidisciplinarity, therefore, transcends beyond a public health concern to be a governance concern wherein there is collaboration across different administrations.

The aim of such an approach is the convergence of human, animal and environmental health, addressing the potential challenges, and integration of knowledge to coordinate activities between stakeholders to prevent zoonotic diseases. But is  One Health a preventive measure? And if so, how can an unprecedented event such as a global pandemic be dealt with?

While One Health emerged only recently as a conceptual entity, its implementation can be traced back to Kyasanur Forest Disease (KFD), also famously known as monkey fever in Shimoga District of Karnataka in the late 1950s. It took stellar interdisciplinary work to bring together various public and private entities to collaborate for tracing the animal origins of this dangerous hemorrhagic fever. From getting financial aid from international institutions to searching the forests of the Western Ghats for tracing the carrier of the pathogen, it was the collective effort between various scientists, researchers, funders and ecologists that led to a first-of-its-kind One Health success story. Despite a successful cross-sectoral collaboration in dealing with monkey fever, such an approach never materialised or became part of the research ethos in India.

To this day, there is no robust mechanism adopted to predict monkey fever outbreaks. In 2016, a Monkey Fever Risk Project was initiated, following a One Health model, which led to insights on linkages between biodiversity loss, human presence in evergreen forests, increasing population of cattle and the resulting spread of monkey fever. However, such pilot projects can only help predict and control outbreaks if they are institutionalised and adopted by the administrative departments.

The applicability of the framework can be seen in various domains of intersections between human, animal and ecological health such as antibiotic resistance in animals. When people routinely inject animals with antibiotics, either as growth promoters or to keep their livestock healthy or free from diseases, it can result in resistant strains of bacteria. If these resistant strains infect humans from animals, there are no antibiotics available to treat them. This is a huge and emerging problem because the downstream effects on human health originate from human intervention to improve animal health by wrong means for production purposes. This is also a reason why Colistin, an antibiotic, is banned in India’s animal industry.

There is an ongoing discussion about whether One Health should be approached as a preventive or a curative framework.

[One Health] can be both preventive and curative… Public health measures work best when they are preventive rather than curative. One Health is also very important as an investigative framework, especially when you don’t know what the source of your pathogen may be.

In the case of COVID-19, the main transmitters were human beings, and so the framework of One Health cannot be applied, considering it is now a global public health concern. However, there is increasing evidence of anthroponoses, which means SARS-CoV-2 has found a reservoir in certain populations of animals such as deer. Thus, even if the virus is eliminated from humans, there is a chance that it could reinfect humans from animal reservoirs and therefore again becomes a one-health issue.

The lack of coordination leading to unintended consequences has been seen in the case of Bengaluru’s municipality, the BBMP, and their efforts of spraying aerosolized disinfectants to control the spread of COVID-19. While this has zero benefits for actually limiting the spread of the virus, there can be other negative spillover effects on drinking water, the microbiota of soils, local flora and fauna, and generally on systems downstream. In this context, a group of scientists and experts have recently submitted a draft One Health framework document to the BBMP and the Government of Karnataka.

Another similar case that highlights the need for communication and coordination between different government agencies is the outbreak of locust swarms in March 2020. Pesticides were sprayed in huge quantities by the locust control board, risking the health and environmental well-being of soil, water, and certain signature species. It is clear to see how an agriculturalist’s approach would completely differ from an ecosystem ecologist’s in such a situation.

Incorporating a One Health Framework for the Future

“Thus far, ecology hasn’t been given enough emphasis in OneHealth dialogues,” says Vanak. “It is still being run by sectoral specialists. That needs to change for proper One Health implementation.”

Going beyond such an interventional approach has been suggested by the Standing Committee Report of the Ministry of Health and Family Welfare as well. In writing about virus outbreaks in the country, the report emphasises that One Health surveillance systems are required for tracing microbial outbreaks and linking wildlife, captive and free-living veterinary populations and human communities in order to establish early warning systems of microbial spillover for effective containment strategies.

The need, therefore, is not a nodal agency, as has been proposed by the National Expert Group. “We have several such agencies but they don’t necessarily talk to each other. Thus, the idea of a ‘nodal agency’ defeats the purpose of encouraging interdisciplinarity. Information and data sharing across departments remain the biggest lacunae in One Health interventions. For example, the veterinary department generates information about the possible outbreak of zoonoses, but this does not reach the public health department in a timely manner, limiting the scope for making rapid interventions,” Vanak concludes.

Thus far, what is often not reckoned with is the fact that the most important and rigid barriers to multi-sectoral collaborations are political and not technical. And therefore, the basis of the one-health ethos, which lies in interdisciplinarity should start at the formulation or problem framing stage. It is only by identifying the complexities in the intersectionality of a problem that the agencies can embrace a framework such as one-health. Also, such an intervention cannot remain a purely governmental endeavour; the cooperation and engagement of a variety of stakeholders is non-negotiable. Success is likely if we move beyond creating new institutions outside of the mainstream ones and instead adopt the philosophy embedded in the One Health framework by creating leaders across different sectors who agree on common objectives and create an ethos wherein they talk to, and not across, each other.