For the better part of India’s history, the Muslim community has been blamed for attempting to ‘overtake the Hindus’ in terms of absolute numbers, to turn India into a ‘Muslim nation’. In fact, a popular trope is that Islam as a religion promotes having a large number of children, and this is used to push the idea that Muslims are solely responsible for India’s population explosion.

But is this really the case? What do the Quran and the Hadiths say about family planning? To answer these questions and bust popular myths attached to the Muslim community, The Bastion’s Chirag Chinnappa speaks to Former Chief Election Commissioner — Dr. S.Y. Quraishi — about the findings of his new book: 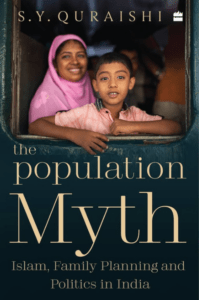