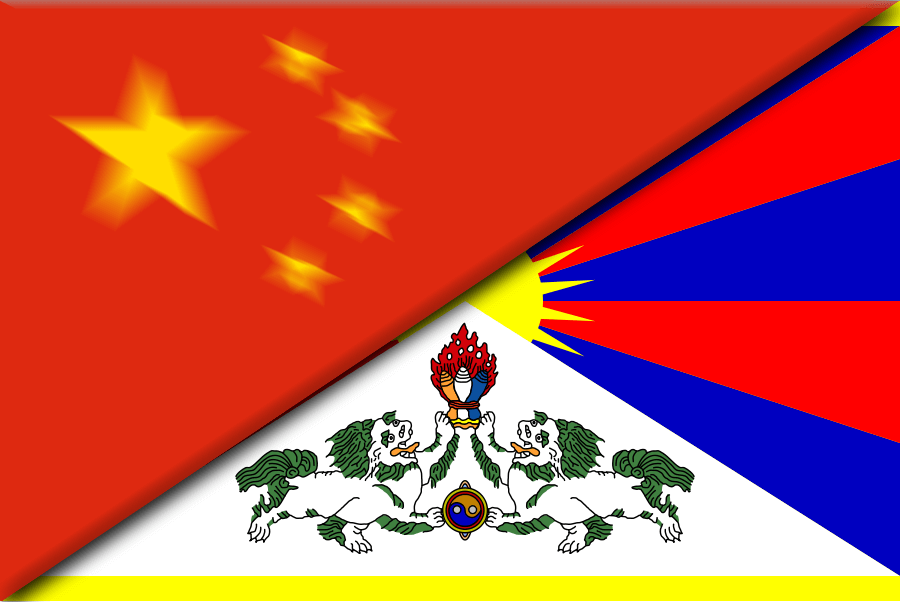 Tibet’s glacier-fed rivers are the single largest runoff source in the whole world. It holds the Hindu Kush Himalayan ice sheet, the largest ice mass outside the two poles. Referred to as the Third Pole, Tibet is home to 46,000 glaciers and is the source of Asia’s six largest rivers ─ the Yangzte, Yellow, Mekong, Salween, Indus and Brahmaputra. These rivers are a direct source of irrigation for numerous agriculture-dependent countries like Pakistan, India, Nepal, Bangladesh, Burma, Thailand, Laos, Cambodia, Vietnam and China.

Ever since China invaded and occupied Tibet in 1949, the various rivers and lakes have been misused in frantic development-oriented goals. More often than not, owing to the Red Giant’s immense political clout, countries tend to look the other way during problems and contentions. China’s damming frenzy could lead to long-term damage to the already fragile Tibetan environment. Is China making more dams than its need demand?

China’s 12th Five Year Plan (2011-2015) aimed at turning Tibet into a mining centre and a hydropower generation site. The 13th Five Year Plan (2016-2020) aims to move away from non-renewable sources of energy such as fossil fuels by focusing on renewable and sustainable measures. In this endeavour, hydropower is being invested in heavily to ensure that non-fossil fuels account for only 15% of Tibet’s energy supply by 2020. But the benefits of hydropower are not so obvious.

Investments in Hydropower: At What Cost?

Zhiyong Yan, in an interview with the General Manager of the China Hydroelectricity Engineering Consulting Group, stated that “By 2020, the focus of hydropower development would be gradually shifted to Tibet’s rivers.” Indeed, according to official estimates, with a total carrying capacity of 140 gigawatts, Tibet could become the country’s biggest hydropower generator.

In April this year, China unveiled its plans to convert the whole of Tibet into a national park. The project is dubbed the Third Pole National Park. Chinese Academy of Science (CAS) vice-president Liu Weiping passed on the Chinese Premier’s instructions who said that they must contribute to the “guarding and keeping of the last piece of pure land.”

The Sanjiangyuan National Nature Reserve, a protection zone in Qinghai province, has been established to protect the domestic water supply. In addition to this, the Third Pole Environment Programme is a multinational effort by the Chinese to address regional concerns. Dr. Wang Weicai, a researcher working with the Programme, said that turning the plateau into a national park would ease the water supply concerns of neighbouring countries.

However, upon probing the issue further, it becomes evident that dam building is not the most viable choice for an energy efficient future. The rivers, in the process of constructing and running the dam, are polluted with chemicals and other dangerous toxins. Other than the environmental degradation, resource misuse and population migration at the site of the construction, which are by no means negligible, there is also the question of whether hydropower is as viable a source of energy as China makes it out to be. As the director of the Institute of Public and Environmental Affairs in Beijing, Jun Ma, writes, “Hydropower’s over-expansion will not help reduce carbon emissions.”

Moreover, the dams that are built are often suspect to problems. Liu Qi, a deputy director of the National Energy Administration said that the Jinsha River hydro plant, a HK $27 billion project, was built poorly, leading to the washing away of a sluice gate in 2013. Eight years after Premier Wen Jiabao suspended the plans due to environmental concerns, in early January 2013, Beijing reopened the controversial plan to dam the Nu River in Yunnan province. Li Bo, a director at Friends of Nature, a leading environmental group, commented on the ecological risks this project posed. “If implemented, these projects could destroy the baseline for ecological security.”

An article published in the Global Times on Wednesday admitted to the immense hydropower potential of Tibetan rivers such as the Jinsha, Lancang and Nujiang. All this at a time when the demand for energy is not coping with the amount generated. In Sichuan and Yunnan province, in 2014, more than 20,000 GWh of hydro-electricity was not used. Enough water to generate 40,000 GWh was simply allowed to run through the turbines.

The Environment is Deeply Political

Challenging the authorities on the legitimacy, viability or even the need of the dams leads to severe repercussions, especially for Tibetans. Over the years, China has launched several propaganda and population integration measures, the ‘Patriotic Education’ campaign being one of the more infamous ones, to suppress a rebellion by the Tibetans. Every argument against the regime finds its roots in the malevolent intentions of the Dalai Lama, whom China deems a ‘splittist’.

Such is the political clout of China that it pressurises countries not to meet with the Dalai Lama, even after he publicly gave up his political powers. Thubten Samphel, the director of Tibet Policy Institute, in his article [note]‘Tibet Policy Journal; The Tibet Policy Institute, Issue 5, December 2016’[/note], talks of what scholars call the ‘Dalai Lama effect’. It refers to the trade restrictions instated by China over a period of two years every time a country hosts the Dalai Lama. There are significant internal ramifications as well: people speaking out over environmental concerns have been labelled as political enemies working under the leadership of the Dalai Lama.

While the government goes on a dam building spree and causes damage to the environment, it conveniently ignores its very own law. According to Article 45 and 66 of the Law on National Regional Autonomy (LNRA) of the Chinese constitution[note]‘Middle Way Policy and All Recent Related Documents’; DIIR, Fourth Edition, 2016[/note], Tibetan people should be given the right over the environment and allow them to follow their traditional conservation practices. Article 27 “gives priority to the rational exploitation and utilisation of the natural resources that the local authorities are entitled to develop”. These laws clearly state that Tibetans are the primary stakeholders in Tibet’s rivers, and should be the primary beneficiaries of every sustainable development project undertaken. Clearly, the law never made it beyond paper.

But the problem does not end there. Tibet’s massive glacial cover is rapidly melting due to the warming on the Tibetan side of the Himalayas. This has contributed to retreat of more than 82% of the glaciers on the Tibetan plateau. According to reports from the Institute of Tibetan Plateau Research, two-thirds of the glaciers will be gone by 2050 if current warming rates continue. This would directly impact the numerous rivers that originate from Tibet. The International Centre for Integrated Mountain Development (ICMOD) has warned that of the 8000-odd glacial lakes in the Himalayan region more than 200 are potentially dangerous. Such volatile conditions of the plateau will have disastrous consequences for billions of people who live in the numerous countries that are directly dependent on the water that flows through the rivers from the glaciers, including China.

According to the Chinese Academy of Science (CAS), large parts of the grasslands and wetlands of Tibet are turning into desert land. The plateau is already warming twice as fast as the global average. It is predicted that there will be an increase in temperatures by 4.6 degree Celsius by the end of the century. This will impact the water cycle, which is indicated by the shrinking glaciers, expanding lakes and the increased river flow.

Preserving Tibet’s ecology is of paramount importance to all of Asia. More than a billion people are directly dependent on the water that originates from Tibet. While the battle of rhetoric will never cease to be, a huge chunk of the permafrost on the Tibetan plateau will. And that will have a major impact on people all across Asia. China must understand the responsibility it shoulders by having to preserve Tibet since this battle is not a question about a viable future, but about the existence of a future in itself.