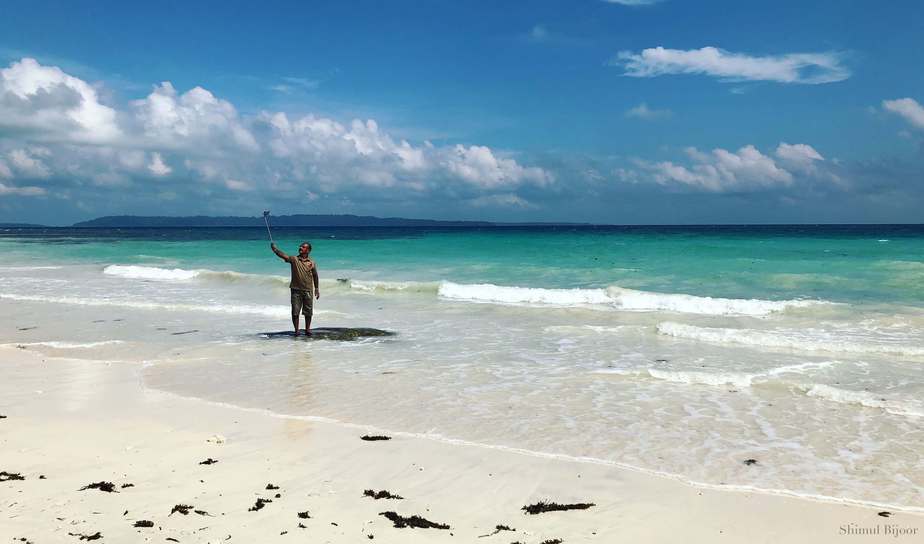 Written and photographed by Shimul Bijoor

The Andaman and Nicobar Islands are famous for being one of the most visited tourist destinations in India and are well-known for their beautiful beaches. As a result, tourism is among the largest industries and sources of livelihood in the islands.

Among these islands, Swaraj Dweep, or what was formerly known as Havelock Island, is perhaps the most visited part of this archipelago. Known for its picturesque beaches and a lively Scuba diving community, the island features in magazines and travelogues across the world. However, as it begins to attract a larger footfall every year, the island is struggling with the growing burden of managing one of the most disruptive outcomes of this tourism: waste.

Waste management has been a challenge for most small island economies because such islands have limited space for landfilling, a high tourist influx or floating populations, several sources of waste, and limited options for recycling. Even countries like Singapore, Maldives, and Indonesia have been concerned about approaching a “tipping point” with the amount of waste they are able to manage within their islands. While the tourism on Swaraj Dweep is no stranger to popular media appearances, little is spoken about the challenges of sustaining this tourism. 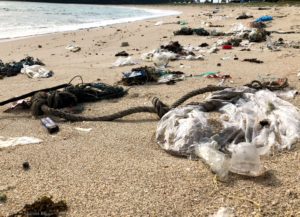 Swaraj Dweep hosts a single dumping yard, located in the Shyam Nagar panchayat, that has been bearing the weight of the waste generated by local residents, tourists, and other businesses for decades. Today, this dumping yard is beginning to exceed its limits, overflowing into the surrounding forests and posing a health hazard to the neighbouring settlements. 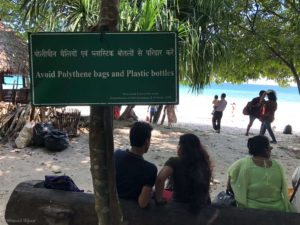 As the most popular tourist destination in the archipelago, the island attracts approximately 5 lakh tourists a year. However, the growth in tourism has outpaced the development of local regulations. As a result, there are no government-enforced rules yet for penalising littering or the usage of plastic by tourists and resorts. Therefore, all that local authorities can do at present is to put up signs that request visitors to be more conscious of their consumption. 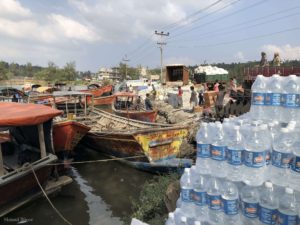 Swaraj Dweep imports almost all of its goods from Port Blair; everything from construction material and equipment to diesel and LPG, as well as vegetables and other food products. These goods are all transported by means of small, wooden boats called dunghis that ply between islands, at the mercy of choppy seas and stormy weather.

Today, a large portion of these dunghis transport several tonnes of plastic bottled water to Swaraj Dweep. This has been a result of the minimal use and provision of reusable water bottles by both tourists and resorts on the island. These countless plastic bottles are then spotted strewn along roadsides, beaches, and eventually, occupy a majority of the waste that is dumped into the Shyam Nagar landfill at Swaraj Dweep. 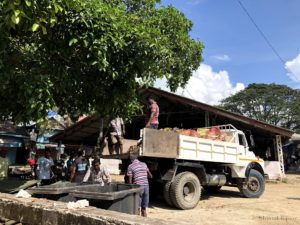 The Swaraj Dweep panchayat is also short on staff to help with the collection and disposal of waste. The rapidly growing tourism industry has offered significantly higher incomes to local residents across all levels of education, and the panchayat has not been able to match these rising salaries. At present, they have only 5 to 6 workers to help with waste collection and other public works such as the construction of footpaths. 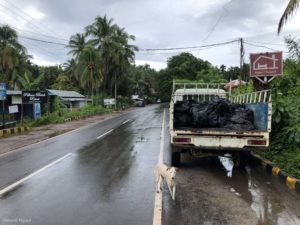 Because of a shortage of labour, waste is collected only from certain central locations like the vegetable market. The responsibility of transporting waste from individual households and establishments is up to the owners, by means of hiring private vehicles. These vehicles are expensive and cost up to Rs. 1,500 per trip. This means that only some of the bigger resorts can afford to transport their waste to the dumping yard or the public collection site. Smaller households and hotels resort to burning their waste on-site. 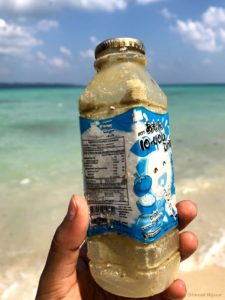 Every day, currents from South East Asia wash up several tonnes of garbage from the ocean on to the beaches of the Andaman Islands. This additional hoard of deposited waste overwhelms the poorly-staffed panchayats due to the lack of manpower. Additionally, since the single dumping yard on Swaraj Dweep is already overflowing with local waste, it does not have the capacity to deal with this washed-up garbage. 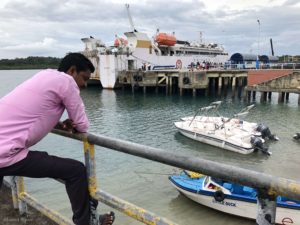 Over the past year, there have been some initiatives from the local community members, who partnered with a ferry service to collect and transport waste to Port Blair. However, this failed to gain momentum because of a lack of institutional and community support. Local restaurant and resort owners are sceptical of collaborating with the government or other large resorts to transport their waste for recycling as they have received little support with sharing these costs in the past. On the other hand, some individuals seeking community support to start such initiatives find it difficult to scale their efforts due to the reluctance of other business owners to participate.

The influx of tourists on Swaraj Dweep is only going to surge with its growing popularity as a global travel hotspot. As tourism is among the primary sources of income for most local inhabitants and the beauty of the island’s natural environment is the main attraction for visiting travellers, it is important that urgent steps are taken to make sure that this tourism is ecologically sustainable.

As such, there is an immediate need for regulations that increase the accountability of tourism enterprises and tourist behaviour to the government. This can nudge businesses and individuals into being more conscious of how much plastic and other non-recyclables they use and import. Additionally, organizing collaborative waste collection and volunteer-based beach clean-ups that involve tourists could be a way of encouraging visitors to be an active part of the well-being and maintenance of the places they visit.

Engaging tourists in such activities can not only increase support for local efforts but also build the island’s image as a destination known for its ecologically conscious tourism. These can be small but crucial steps in the right direction, that help Swaraj Dweep sustain its tourism-based economy without having to compromise entirely on its ecological and social well-being. As Swaraj Dweep’s reputation as a holiday destination grows, it is imperative to protect the island and its inhabitants; the time to build a more secure future for the island is now.

This story is an outcome of fieldwork conducted by Deepika Sharma, Madhuri Ramesh, and Shimul for a project studying Marine Protected Areas in the Andaman Islands.

Creating Marine Scientists Out of Divers