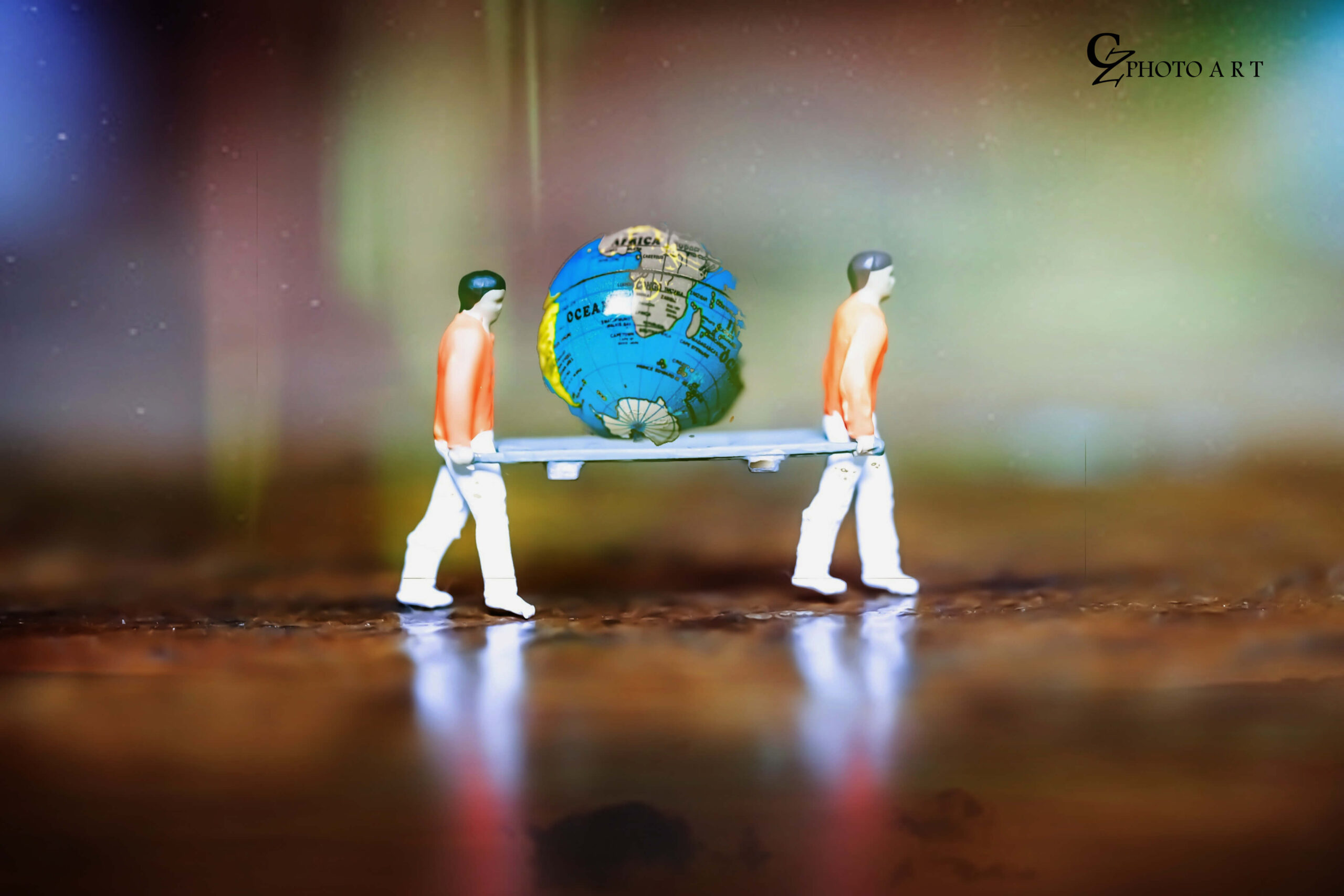 One of the greatest scientific discoveries was made in the 1700s. It was the realization that coal could be used to turn water into steam. The world hasn’t looked back since then, going down a path of rapid industrialization that has borne fruits of technology and greater efficiency at the cost of accelerating changes in the environment we live in. Although the effects of such changes have become an everyday reality, the fact is that some countries (and its peoples) will have to bear the brunt of it more than the others.

The world’s largest continuous mangrove forest, the Sundarbans spans nearly 4,000 square miles of India and Bangladesh along the Bay of Bengal. But as people cut the trees and rising seas bring saline waters, the forest and the land itself are shrinking. https://t.co/cz0pH56fi9 pic.twitter.com/VG9IfsWFZw

The pastoralists in Kenya who are struggling with desertification, the fisherfolk living along the shrinking coasts of the Sunderbans, and the quinoa farmers in drought-prone Bolivia probably had very little to do with accelerating the rate of climate change. This is where the concept of a “climate debt” or “ecological debt” (both being different technical terms) arises.

The premise behind such debt financing is that all countries have a shared atmosphere; a climate debt stipulates that the wealthier countries will have to pay the poorer countries (which are often the most adversely affected) for the damages caused by climate change. This stems from the reasoning that historically, the more developed countries have produced greater emissions and utilized more natural resources than their ‘less-developed’ counterparts.

Civil Society Organizations were at the forefront of introducing this concept of a climate debt into the larger discourse around climate change in the late 1990s. The years that followed saw alliances of many NGOs and think-tanks which campaigned vigorously for climate debt compensation.

Global Value Chains: Whose Responsibility are They?

As of 2019, the World Economic Forum reported that China and the United States have the highest CO2 emissions, followed by India, Russia, and Japan. Although emissions have increased across the world, just fifteen countries account for more than two-thirds of the global CO2 emissions. CO2 stays in the atmosphere between one to two centuries, according to Naomi Klein, who has been vocal about climate debt financing. The countries that industrialized first began emitting pollutants centuries ago; technically, those emissions are still in the atmosphere. Given that this ‘atmosphere’ is a shared one, such residual emissions lead to a rise in the global temperatures, thereby affecting all countries, but some more than others.

When industrialization trickled down to smaller countries, goods began being assembled across the world, with each part of the process coming from a different region. Unsurprisingly, producing one unit of GDP via global trade is more detrimental to the environment than through domestic production. Over the last few decades, Global Value Chains (GVCs) have increased global emissions; their existence has also made it harder to pin the onus of paying reparations for damaging the environment on any particular country.

Manufacturing hubs have high emissions and usually export to more developed countries. For example, Mexico exports metal parts to the United States; while some of the CO2 emissions are a part of the manufacturing process, one could argue that the American consumers of said metal are equally liable for the emissions. In the case of a plastic product, crude oil could be extracted from one region, manufactured in another region, consumed elsewhere and disposed of in a landfill or the sea in another part of the world.

How Can Climate Debt Be Calculated?

By now it must seem apparent that calculating such a climate debt is mathematically and fiscally complex. Which year should calculations begin from? Do we only account for carbon emissions or all greenhouses gases like nitrous oxide and methane? How do we account for the existence of GVCs?

Some studies have offered blueprints to navigate this calculation. One proposal at the 2007 United Nations Climate Change Conference proposed accounting for specific climate change criteria that are agreed upon by all nations, such as the rise in sea-level, the severity of droughts, etc. Payouts could be given accordingly to the affected groups. The paper proposed the creation of an “International Climate Insurance Pool” which would be a collective fund maintained by different countries as insurance for countries affected by natural calamities.

Another study by Lund University only accounted for only carbon emissions because a huge aspect of climate debt revolves around historical emissions, and historical data on carbon consumption is available. The study also formulated an equation to calculate carbon debt by considering the time period, the acceptable amount of emissions, and the population of the country at hand. Several other studies have attempted to calculate climate debts, but there is yet to be any global consensus on a viable formula or methodology.

What About the Politics of it All?

At the United Nations Climate Change Conference in 2008, the United States argued against instating a climate debt globally. Todd Stern, the American representative for the conference said,

I actually completely reject the notion of a debt or reparations or anything of the like… Let’s just be mindful of the fact [that] for most of the 200 years since the Industrial Revolution, people were blissfully ignorant of the fact that emissions cause the greenhouse effect. It’s a relatively recent phenomenon. It’s the wrong way to look at this. We absolutely recognize our historical role in putting emissions in the atmosphere that are there now. But the sense of guilt or culpability or reparations, I categorically reject that.

The notion that wealthier countries ought to take responsibility for historically polluting the atmosphere was reiterated in the Paris Agreement, but there has been little action taken by more developed countries. Nonetheless, small initiatives to mitigate the effects of climate change have begun: the Green New Deal in 2019 was a non-binding resolution passed by the USA to reduce greenhouse gas emissions while accounting for the socio-economic effects of climate change. However, the Deal had no mention of climate debts, indicating that even progressive politicians in more developed countries are consciously avoiding conversations around it. Smaller countries only have so much bargaining power while advocating for climate debts to be repaid.

11 years after Stern’s speech, the 2019 United Nations Climate Change Conference in Madrid saw the concept of a climate debt discussed very briefly, in a debate wherein Mick Wallace, a Member of the European Parliament from Ireland captured the root of the cause of climate change itself.

Europe has a huge climate debt. In the global North, we contribute far more to climate breakdown with our history of emissions, yet we refuse to take radical action… we cannot fix a problem caused by capitalism with more capitalism. The truth is, climate change isn’t caused by people, it’s caused by an economic system that drives inequality and rewards environmental destruction.

Despite sparse references to this type of global debt financing, there is a general distrust amongst different parties on taking action against climate change in the first place. Without this, ensuring unanimous political pressure (and a commonly agreed-upon method of calculation) for repaying a climate debt seems a tough ask.

Droughts, desertification, flash floods and other environmental tragedies have become commonplace in the twenty-first century. If countries are demanding that their climate debt be repaid, then they would also be expected to invest in a greener economy and sustainable infrastructure. Ultimately, although some countries may be more ‘at fault’ than others, international negotiation on climate debt financing is a distant dream until all countries realise and act upon their collective responsibility towards protecting this atmosphere we all share.

This is the first part of a series that will cover the finances of climate change action, from green bonds to climate risk assessments and ecological debts.