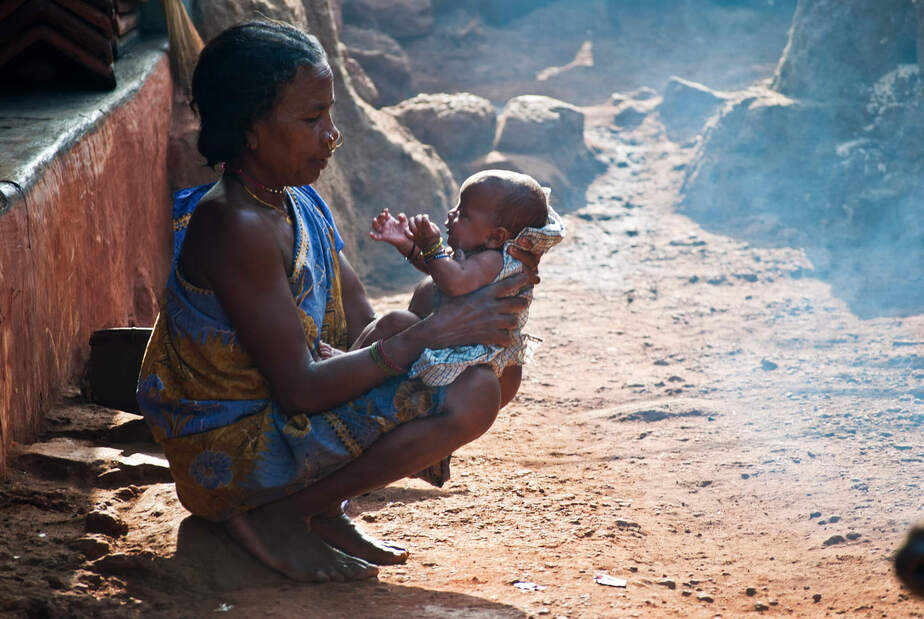 Baphlimali is a small hill, hidden away in Kashipur block in Odisha’s Rayagada district. In areas surrounding the hill live the Jhodia, Paraja, Penga and Kondha adivasis. Like most tribal communities, these live in harmony with the forest, follow rain-fed agriculture, and practice forms of animism. The Baphlimali hill is home to their most sacred deity, known as “Baphalai Budhi”.

The hill also houses the bauxite mines which feed Hindalco’s Utkal Alumina Refinery project. It “comprises of a 1.5 MTPA Alumina Refinery,” says the project website. “Bauxite mines with reserves lasting for over 25 years … with one of the best quality bauxite with tightly integrated logistics between Mines and Refinery, the operating cost per tonne of Alumina is expected to be among the lowest in the world.”

With a share of 38%, Odisha produces the most bauxite in India, which is the fourth largest exporter of the ore in the world

But behind the mining at Baphlimali lie stories of massive ecological and human damage. Over two decades ago, in 1992, four companies from different countries first came together to set up these mines in Baphlimali hills. INDAL, Tata Group, Norsk Hydro (Norway) and the Aluminium Company of Canada wanted to build a 100% export oriented mine, for which they acquired 2,865 acres of land in 1995. Of this, 1,000 acres were under cultivation by the local adivasis.

Of course, the notion behind the mining project was that production here would be the cheapest globally, and hence, it would be very profitable. A joint venture called Utkal Alumina International Ltd expected to make Rs 2.88 lakh crore in profits over the 22-23 years before the reserves would get exhausted. The government would earn royalties of Rs 1,300-1,400 crores in this period.

Investors in UAIL claimed the project would displace only 147 families from three villages, even as activists claim the number would be close to 60,000 people. Open cast minings could adversely affect another 2,500 families in 24 villages in nearby panchayats.

“Why should the tribals always pay for development? We will not allow the alumina plant to come up in our area,” Bangaru Majhi, president of resistance group Prakrutika Sampada Suraksha Parishad told The Hindu. “If the project comes up, first we will lose our land and homes and in the long run it will destroy the area’s ecology.”

Fearing massive displacement, alienation and degradation to their lives, resistance to the movement started building up. An 18-member team of locals met Chief Minister Biju Patnaik in December 1993 to demand the plan be cancelled. This stymied progress for a bit and led Tata Group and the Norwegian company to exit in 1997.

Soon enough, the state apparatus began apprehending the adivasis. Activists have alleged intimidation of locals, arrests for false cases and assaults by goons sent by companies to force them to end the resistance. Peaceful methods of dissent were also met with similar reaction.

Matters came to a head in 2000. On December 16, the police fired on peaceful protestors, killing three adivasis and injuring 30 others in Maikanch. The mining continued.

For the adivasis in the region, the memory of the Kashipur Massacre still burns. December 16 is observed as ‘Shahid Diwas’

In 2007, the Ministry of Mines recommended that Hindalco (then NALCO), be given the Navaratna status, which meant it could invest up to Rs 1,000 crore without government approvals. The ministry said it was “one of the lowest cost producers of alumina and aluminium in the world”, given its “highly efficient” operation, and “sustained quality products”. Exports made up for nearly 40% of its sales turnover. Government support thus helped the company expand its mines further.

As the government promoted UAIL, there was a “blatant violation of the constitutional mandates”. Kashipur comes under regions in the fifth schedule of the Indian Constitution, which prohibits the transfer of tribal lands to non-tribal entities by any means. Yet, the state government granted a mining lease to UAIL, against court rulings that no land in a scheduled area shall be transferred to private miners, and must be under the purview of the State Mineral Development Corporation or a tribal cooperative. State laws such as Orissa Scheduled Areas Transfer of Immovable Property Act, 1956 (which protects tribals’ right to land and other natural resources) were also violated.

Developed countries forbid extraction of alumina because it is extremely polluting. Further, open-cast mining, which piles up toxic soil-damaging solid effluents such as red mud is criticized on environmental grounds. Documentary filmmaker Vinod Raj, in Mahua Memoirs, has documented the piling up of this red mud not only in mines but in areas being tested for mines.

Open mines also cause springs to dry up, besides desertification, landslides, flash floods, and the loss of natural habitat for local fauna, flora and diverse indigenous communities.

Nearly 25 years after the bauxite mine was set up, the damage came full circle to hurt another corporate bigwig. In 2016, Vedanta was denied the opportunity to set up bauxite mines in the district’s Niyamgiri hills because of the ecology made fragile by the damage done by the earlier project (and, of course, because locals opposed).

Adivasi translates to ‘original inhabitants’. Ironically, adivasi communities have been pushed out of their homelands by ‘development’, through mines, urbanization, deforestation, and dams. As Adivasi filmmaker Deba Ranjan Sarangi says in an interview, even models of development that claim to offer employment and better livelihoods to local adivasis barely fulfil their promises. They disregard the local community for being too “uneducated” or “illiterate”, thereby alienating them further.

Even as adivasis continue to fight for their rights of Jal, Jangal and Zameen, the Odisha government is again attempting to revive the mines in Niyamgiri.