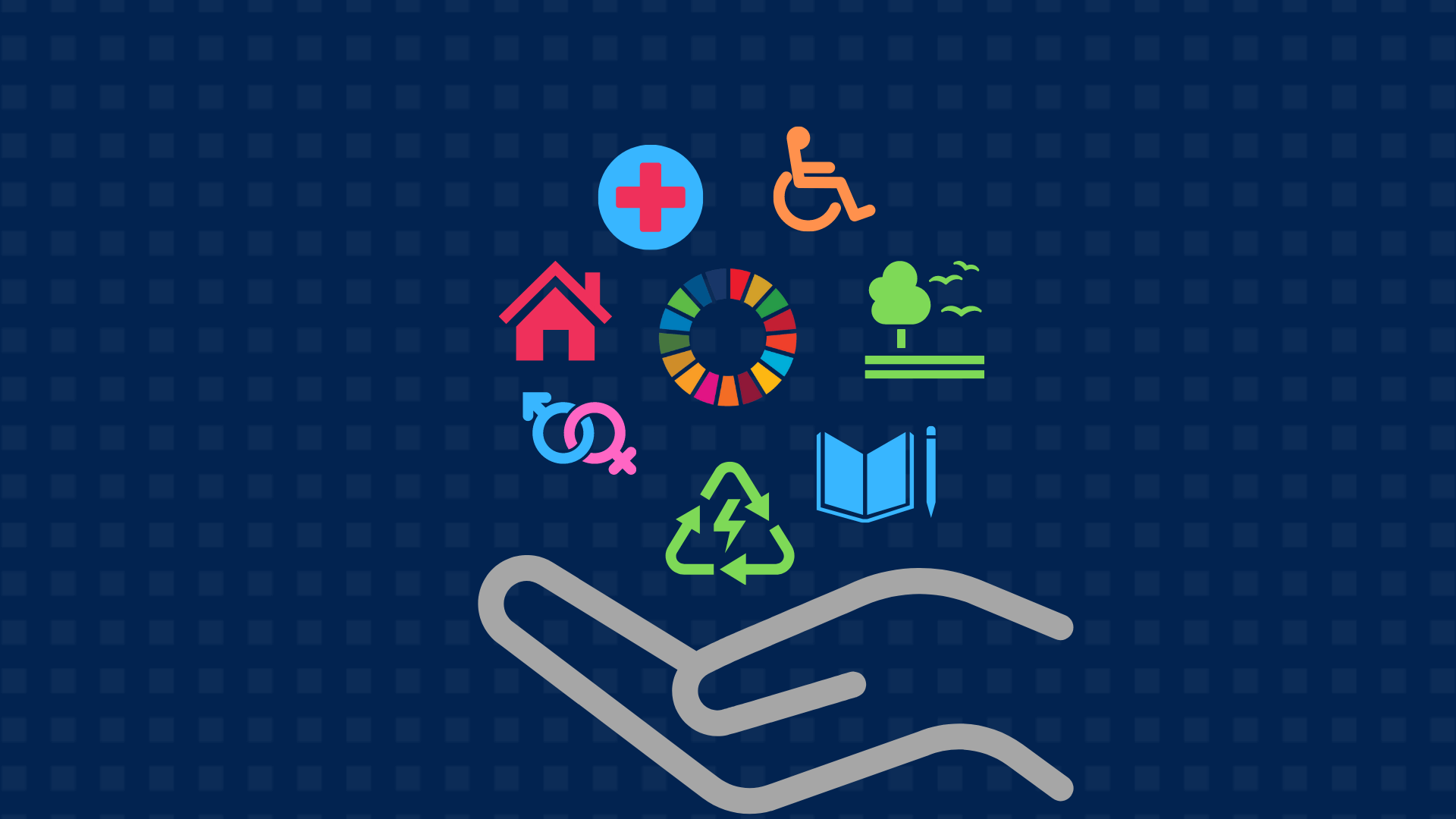 With experience spanning 25 years at a leading Indian conglomerate behind her, Vasudha Narasimhan was all set to scale greater heights in her professional career. Having graduated from a premier B-school in 1995, her CV included international assignments and several accolades that had come her way over the years. She was also managing her personal obligations well, with her daughter currently enrolled in medical school. And then, a few months after her 50th birthday, Vasudha decided to give up her well-paying job for one where she would be paid a pittance in comparison, at an NGO working for children’s education.

Vasudha’s is not an isolated example. There are many like her, who at a similar stage in their careers have chosen to transition to the social development sector, with the sole objective of seeking a higher purpose in life. This trend has taken a significant turn with the pandemic forcing many to re-evaluate their life priorities. While some are taking recourse to spirituality, others are contemplating a move towards social development.

As the scenes of the migrant crisis in the wake of the lockdown and of death and destruction caused by the virus during the two waves were beamed into our homes each evening, the vast socioeconomic hiatus that prevails amidst us became apparent to everyone. Those working in the social sector have been grappling with this divide in areas such as Education, Health, Livelihoods, and WASH (Water, Sanitation, and Hygiene) over several decades.

The social sector has always been starved of resources, most notably of committed individuals, when compared to the myriad challenges it presents. The reason is not difficult to pinpoint. While colleges offer a specialization in Social Work (an MSW as it is popularly called), the degree of specialization needed in the sector to address specific challenges requires specialists of a completely different order.

For example, working for persons with disabilities requires trained special educators, psychologists, sign language interpreters etc., who are difficult to find in the space. In all, the trend towards exploring a second innings in the social sector is a welcome development, but the transition can be daunting, even for the most seasoned, unless one goes prepared for what’s in store.

A good way to manage the change is to test the waters as a volunteer with an NGO or a CSR organization. Preferably the former, as an implementing organization (as opposed to a funding agency or one that has a support function) is the best place to get hands-on experience and a feel of the ground. This experience must be an immersive one — of at least a few weeks — and not just superficial, as the richness and complexity of the field gets revealed gradually. It is important to go in with an open mind; preconceived notions often obscure the obvious. Even before setting foot into the field, doing basic due diligence about the organization concerned is always a good idea.

Before you finally choose to cross the Rubicon, an important reconciliation to be made is related to the incentive structures that prevail in the social sector. Those in the corporate world have a near-instinctive notion of value and impact, or money and turnaround time. These can be significantly different in the social spectrum — in the primary education space, for example, it can take several years before the “investments” begin to yield the results you were looking for. Be prepared to challenge your first principles, and to be challenged about them.

Another key reconciliation is the more obvious one — that wealth can never be your main motivator, and that you must have the urge to look beyond. Early converts to the sector can continue and contribute only with the express knowledge that their trajectory will not be comparable to their corporate counterparts. This is not to say that earning a living can be sidelined. “The expectation of the corporate sector and government is that social sector professionals will come in and do a job at a subsidised salary,” says Ujwal Thakar, the former CEO of Pratham and GiveIndia. “That is an unreasonable expectation in the long run,” he adds, “because what corporates and governments don’t realise is that if these experts don’t come and solve these big social problems, the costs are going to be high for everyone in India”.

As someone who describes his crossover nearly two decades ago from being the country head of BNP Paribas as “serendipitous”, Thakar believes that his generation grew up “in India’s scarcity Raj”, where if you lost a job, it meant the end of the world. “Yet, even now, when young people [looking to crossover to the social sector] seek advice, I tell them that passion and commitment to solving social problems is good, but not enough. They have to think of their financial status before entering,” says Thakar, who now runs Ujwal Impact Advisers and is also on the board of several nonprofits.

Corporate converts to the social sector are often disillusioned by the lack of structure and processes in the NGO world. However, they would do well to understand that this lack of structure is the natural order of things in this arena; an element of fluidity and flexibility is essential for any effective social intervention, as a cookie-cutter approach would almost never work.

Documents such as process manuals and standard operating procedures are often hard to find in an NGO, particularly in smaller ones. However, this is perhaps the most important contribution to NGOs that people with a corporate background can make, by standardizing those elements of an organization that are essential to help it scale.

But even the concept of scale as understood in the world of business and commerce is vastly different from the social space. At the heart of almost every social intervention is the ideal of changing human behaviour — behaviour that has often been entrenched for centuries. Hence, scaling up an intervention is not just about greater outreach; it is as much about replicating the intensity of efforts that are required to engender change in thought and behaviour among the intended beneficiaries of the intervention. For this reason, off-the-shelf solutions that rely on capital and technology, and not so much on the human element, often miss the mark in the social sector.

How are professionals making the transition?

The inherent complexity of the challenges in the sector is what often attracts intrepid individuals towards it. The social sector has come to be considered as a second innings for many careers via organizations that facilitate this transition, such as the India Leaders for Social Sector (ILSS). ILSS focuses on strengthening the leadership talent pool in the social sector by offering immersive programs for crossover aspirants, of which there have been 240 over the past 3 years. “We select individuals who can approach the social sector with humility, curiosity, and a mindset to learn,” says Anu Prasad, the Founder-CEO of ILSS, who is herself a crossover from the world of finance. “You cannot be hardwired in your way of thinking [about the social sector] when you enter because it presents a very complex and challenging set of problems… you need to have deep respect for the space — even while acknowledging that there is some value you bring to it,” Anu adds.

Among those who have availed of the ILSS program is Vasudha, who had enrolled before quitting her corporate job. Her experience indicates that some crossovers are a product of being pushed away from the corporate world, more than be pulled by the allure of the social sector.

From my perspective, the crossover doesn’t necessarily begin with a deep personal desire, selflessness, or passion for a social cause. More often than not, the transition [to the social sector] is triggered by a lack of personal fulfilment… a midlife questioning of mindless pursuits undertaken in our everyday lives.

The allure of the social sector’s purpose-driven lifestyle has not been lost on the youth, who are now taking up several fellowship programs after completing their college education. As Ujwal Thakar pointed out, entering the social sector at an early stage is a relatively tougher decision to make, as these youngsters are willingly giving up a career path that may bring them more material benefits and comforts.

“Millennials are much more confident of themselves and their future. However, there aren’t enough platforms to engage young people interested in experimenting with social change at a young age,” adds Aditya Natraj, the Founder of Kaivalya Education Foundation, which has managed over 2500 youngsters since 2008 via the Gandhi Fellowship. “Fellowships are the new MBA,” says Aditya, who ventured into the social sector back in 2002 after his MBA at INSEAD and a stint with KPMG. “They are broad, flexible, and branded, which sets people up for successful careers in creating impact.”

In sum, you have to be an adventurer and an explorer at heart to successfully crossover into the social sector. A burning desire to give back to society is a given, and if it comes with an element of deep compassion and selflessness, the journey is all the more worthwhile. The opportunity to serve others and to make the world a better place does not come to most people; for those that it does, it can lead to a sense of gratification that any other experience can scarcely provide.