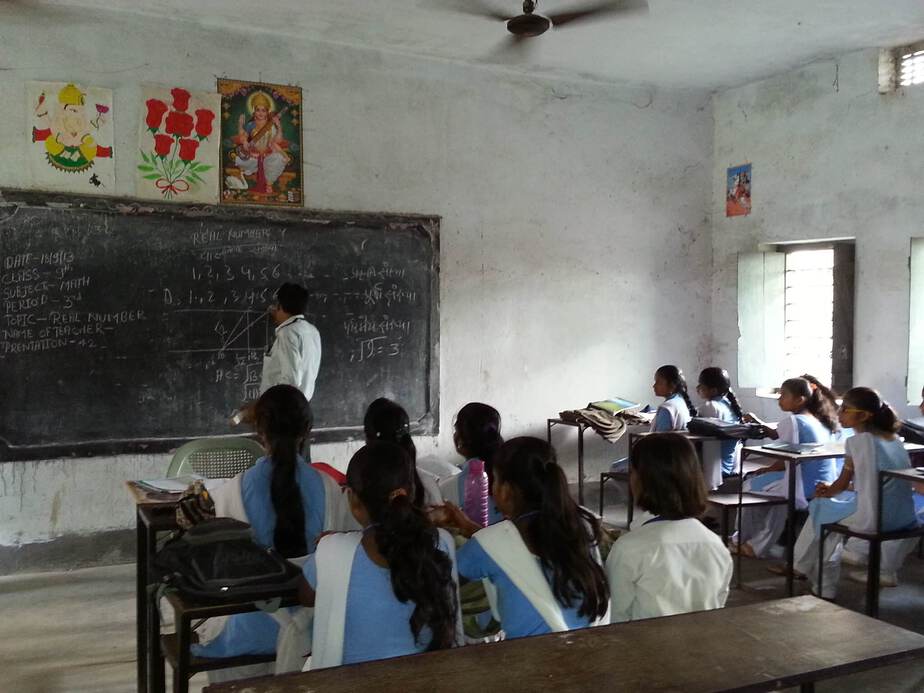 George Bernard Shaw’s one line, which was meant to be some harmless banter, has unfortunately come to describe India’s teaching situation almost perfectly; there is a widespread acceptance in the system that becoming a teacher is often the safest and easiest option in case better things don’t work out.

In the monsoon session of Parliament, Ramesh Pokhriyal Nishank (Minister of Human Resource Development) announced a new four-year integrated Bachelor of Education (B.Ed) course, to replace the current two-year degree. While there are several creases that need to be ironed out, this reform could be just what the education system needs to develop a talented teaching workforce.

Before this order was announced, in order to be eligible to pursue a B.Ed course, a student had to have at least a bachelor’s degree from a recognized university with a minimum of 50% marks in the qualifying exam. Once they cleared this two year course, they could sit for the Central Teacher Eligibility Test (CTET) or any state wise Teacher Eligibility Test (TET) to get employed in any government or private school as a teacher.

The new programme on the other hand is a dual degree, that awards graduates with a graduate degree — Bachelor’s Degree in Arts (B.A) Science (B.Sc) /Commerce (B.Com) — and a B.Ed in four years, as opposed to the five years it would otherwise take for the same.

The Ministry of Human Resource Development (MoHRD) says that the main aim of this is to make sure that only serious or interested students opt to become teachers. “The standard of teaching has gone down because it tends to be the last option for those who join in. This should be a professional choice, not some leftover” said Prakash Javadekar, during his term heading the MoHRD.

Teaching should become a profession of choice but not a profession of left over that is why we are introducing 4-year integrated B.Ed course in the coming acedemic year#NationalPrincipalsMeet#TransformingEducation pic.twitter.com/emyBHMADja

However, as with any reform, there are several issues of concern, especially with regards to its implementation. For instance, students currently pursuing graduation and planning to enrol for the B.Ed course are left in a state of confusion as there is no official statement on the duration of course itself or whether they would have to do the complete four-year quota.

Another fear is that the new programme will not allow for a strong academic interest or base; with the two-year programme to be done after a bachelor’s, one could have a decently-strong academic specialization and a teaching degree both. This fear is quite prevalent in aspiring teachers like Hitesh, who is currently pursuing what is still a two-year B.Ed course at the Milestone Institute of Professional Studies in Ghaziabad. He says, “The two-year B.Ed provides a chance to have both academic and professional degrees. I feel that it is better than the new four-years course that  basically allows you to have just one professional degree in Education, without any real academic backing.”

Further, proper feedback needs to be taken from trainee teachers to understand the effects each change in the B.Ed pattern produces on the quality of teachers. Changes in the B.Ed system have now happened almost regularly in this decade; till 2014, the course was a year long, post that it became a two-year programme and now, it is poised to become a four-year one. Given that no real study has happened thus far to study the efficacy of even the 2014 changes, such major reforms have the danger of being put into place without actually weighing out the issue.

Educational institutions that offer this course are not too happy about the new policy either, as they predict that this will reduce the demand for the course. They saw this happen with the 2014 changes; during the academic year 2015-16, the admission rate of B. Ed colleges in India, especially in Mumbai, Karnataka, Uttar Pradesh, Delhi, West Bengal, etc. had gone down drastically. For instance, in states like Maharashtra and Andhra Pradesh, 70% and 60% seats respectively remained vacant and in Kerala, of 190 colleges, 37 private colleges have shut down since 2015.

The Other Side of the Coin

However, there are definitely some big positives that must be considered as well. For one, the aspirants will save an entire year that can be used for preparation of cracking the CTET, State-wise TETs or other relevant entrance exams, since they can join immediately after 12th grade. This extra year of preparation is crucial, especially when we have seen how several teaching aspirants fail to clear the CTET and TET exams.

Further, the contention that they will not get a core academic backing is not entirely right either. The new program is designed to meet its three year equivalent in terms of its structure; it awards graduates with a graduate degree — Bachelor’s Degree in Arts (B.A), Science (B.Sc), and Commerce (B.Com) — and a B.Ed in four years (essentially the same two degrees), as opposed to the five years it would otherwise take for the same.

The curriculum itself is being improved upon as well, to make it more modern in its outlook; three broad inter-related curriculum areas — perspectives in education, curriculum  pedagogic studies and constant field engagement — make this curriculum more stimulating than what was previously offered. This further includes in-built field-based units of study and projects along with theoretical inputs from an interdisciplinary perspective.

It has been designed to satisfy the demand for qualified teachers in India, and if the implementation creases can be smoothed out, it would definitely make for a significant intervention in a much-needed sector.

That the country is in desperate need of good teachers is extremely well known. As such, we need to be able to institute changes which are brave and can make fundamental changes to the system. These reforms, when put together with actions like the National Council for Teacher Education (NCTE) cracking down on institutions that are not up to the mark, are hopeful signs of the start of something worthwhile.

A policy like this is required in a time where there is a clear dearth of qualified teachers, and an oversupply of casual B.Ed holders. To meet the demands of a burgeoning generation, measures like this must be welcomed and structured carefully; those who become teachers must do so for, ideally, the love of teaching and not because it’s easy enough and adds to one’s degree cabinet.