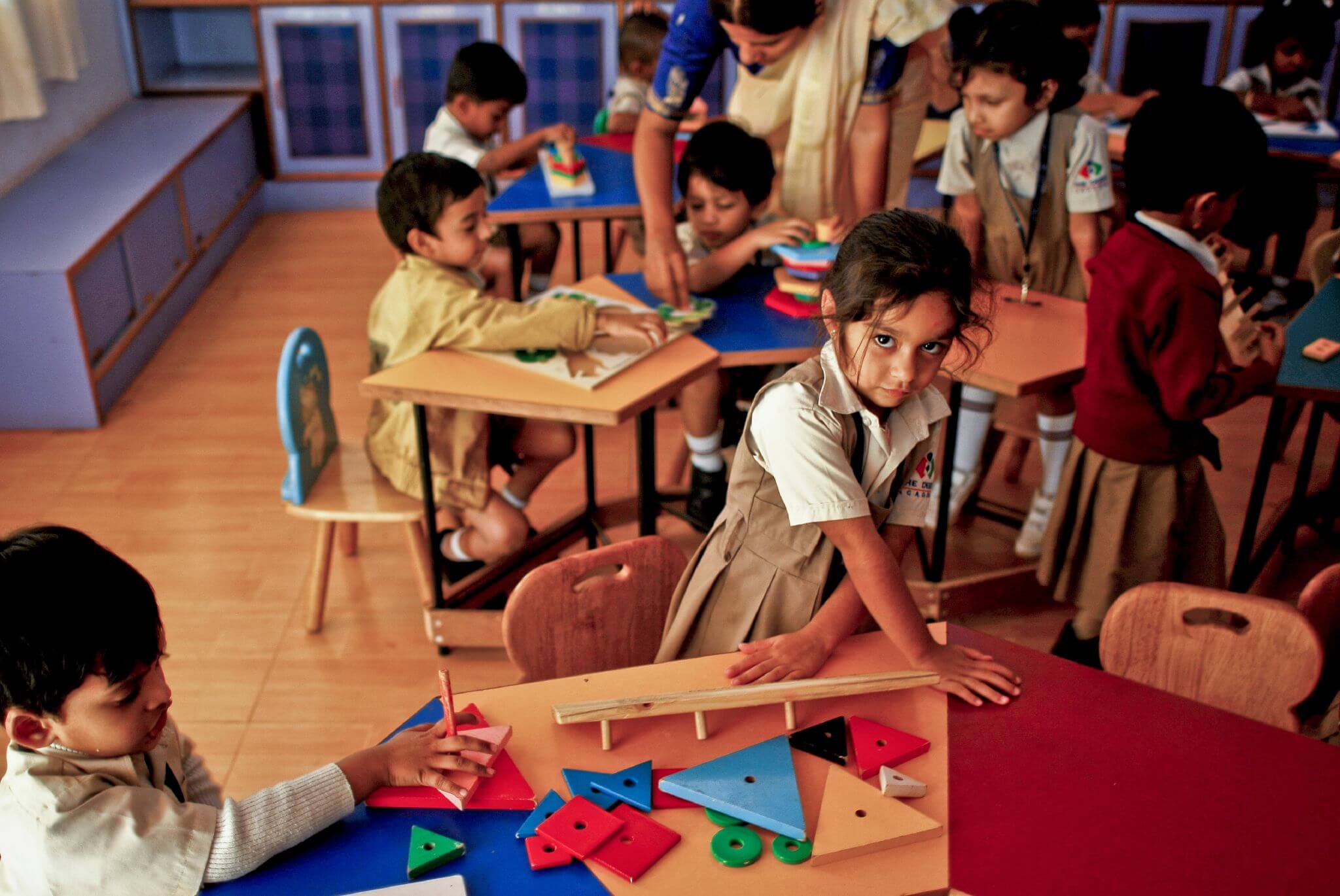 One could say that the “all-work-and-no-play-makes-Jack-a-dull-boy” proverb has been butchered out of context many-a-time. While adults — especially those now overworked from home — now realise the importance of maintaining a work-leisure balance, caregivers and teachers have held this balance to be gospel for the delicate minds of young children. Just like the other children in his class, four-year-old Jack loves to play and experiment with different play materials.

But who decides the conditions under which Jack plays?

The play materials used, the time allowed for said activity and the ability to choose and move freely in his classroom are partially pre-determined by Jack’s preschool teacher.

In our process of designing play-time that will ‘prepare’ Jack for school (or Grade 1), has his approach to play changed? Could play-time now feel like work-time to little Jack? Does that make him a dull boy?

The Fault in Our Design of Play-Time: Autonomy!

In pre-schools with children between the ages of 4 to 6, ‘play-time’ signifies a play-based activity period during school hours. Being a part of their daily routine, most Affordable Private Schools (APSes) allot around 40 minutes to each class for play-based activities.

Sana Aejaz and I studied 10 preschool teachers from APSes in Bengaluru to understand their beliefs about ‘play-time’, how these beliefs were translated (or imposed) via classroom practices and the degree of autonomy that children enjoy during play-time in preschool. This was conducted in a pre-coronavirus-induced-lockdown-world, but if anything, these conversations find even more relevance in the virtual education processes we find ourselves confined to today.

Not a single teacher we spoke to believed that play-time was irrelevant for a children’s development. “It is the first thing they should do when classes begin every day”, chimed one young teacher. However, the teachers were divided on whether children ought to be given the freedom of choice, movement, and control to design their play-time. The overbearing sense was that learning outcomes were perceived to improve if teachers designed children’s play-time. There is some credence to this reasoning.

Pre-school teachers have an unenviable task at hand

Teachers face various challenges during play-time. “Children do not know how to use the [play] material, so we have to teach them multiple times” was a common first response to teachers’ exclusive involvement. Next, maintaining discipline in classrooms was a big issue. One teacher took immense pride in the fact that her classroom of 20 children was “always quiet, [and that] no passer-by would guess that a batch of 4-6-year olds was seated inside”.

Third, some children would forcefully take play material away from others, which required a teacher’s intervention. Finally, teachers found it difficult to make sure that the play material was ‘completed’, or used to fruition. Maintaining a controlled atmosphere through this entire process proved to be difficult; as one teacher rued, “children are not disciplined, we have to discipline them”.

What’s interesting is that teachers attempted to resolve these problems through dialogue and negotiation. Children were reminded of the ‘rules of the classroom’, or that they must willingly exchange play material after a given time period (of, say 10 minutes). Sometimes, children were given the freedom to use play materials as they wished, but such agency was granted only after the said child had ‘achieved’ the ‘desired outcome’ with that material.

For example, if blocks were given for making a building, the child had to do so satisfactorily before the teacher could give them the freedom to use the blocks for making any other object, like a bridge, or a bat.

What should we make of the beliefs held by these teachers and the manner in which they translate into play-time activities? As an adult, a parent or a fellow caregiver, do you share the same beliefs about children between 3 to 6 years of age?

Looking at Children as Producers of Knowledge

It is easy to blame teachers for having a myopic outcome-oriented approach to a child’s development that restricts the freedom of choice, movement, and usage of material during play-time. Yet, teachers also do so under a set of conditions that they do not necessarily control: the number of children in their classroom, the amount of time allotted by administrators to play-based activities, the economic background of their students, and so on.

We keep hearing how children are creative, imaginative, and curious. But, if teachers are trained to look for certain types of outcomes — that the children ‘should’ be able to recite numbers, identify alphabets or sing particular rhymes — then this influences their perception of the ‘correct’ usage of given play material.

Such a training hinges on the assumption that children are ‘consumers’ of knowledge. Instead, adults and educators must approach children as ‘producers’ of knowledge with the freedom to choose and use play material and eventually design their learning journey.

Also Read: Should Children Be Allowed to Design Their Own Education? | On The Fence

On the one hand, India’s ICDS is one of the largest nutrition and health programmes for children up to six and pregnant/lactating mothers. On the other, several APSes have been established to cover the learning needs of children over the past decade. Ensuring the universalisation of ECCE by 2030 calls not only for a revamp of the curricula as stated, but a relook at teacher training and our beliefs, practices and investments while running a school.

Autonomy and healthy student-teacher relationships are not only necessary but irreplaceable in any child’s education. The need of the hour is creating a pedagogy of play that enables this.

As Elizabeth Ann Wood argues, when “play is only seen as developing forms of knowledge like numbers, language, and cognitive skills, then we are achieving partial goals for child’s development”. But, when play is seen as a way to develop the socio-emotional well-being of a child, it opens up facets which go beyond outcome-oriented approaches that are traditionally looked for.

This is not to say that play should be ‘taught’ per se; rather, play-time and choice of play-material can be used to effectively channel a child’s creativity, curiosity and imagination. A child’s language development, socio-emotional skills (expressing emotions, building friendships, and respecting diversity etc) can all be improved by reimagining our notions of play.

Views expressed are personal. This article is a part of a larger research study conducted by the author and Sana Aejaz. You can access the full paper here.