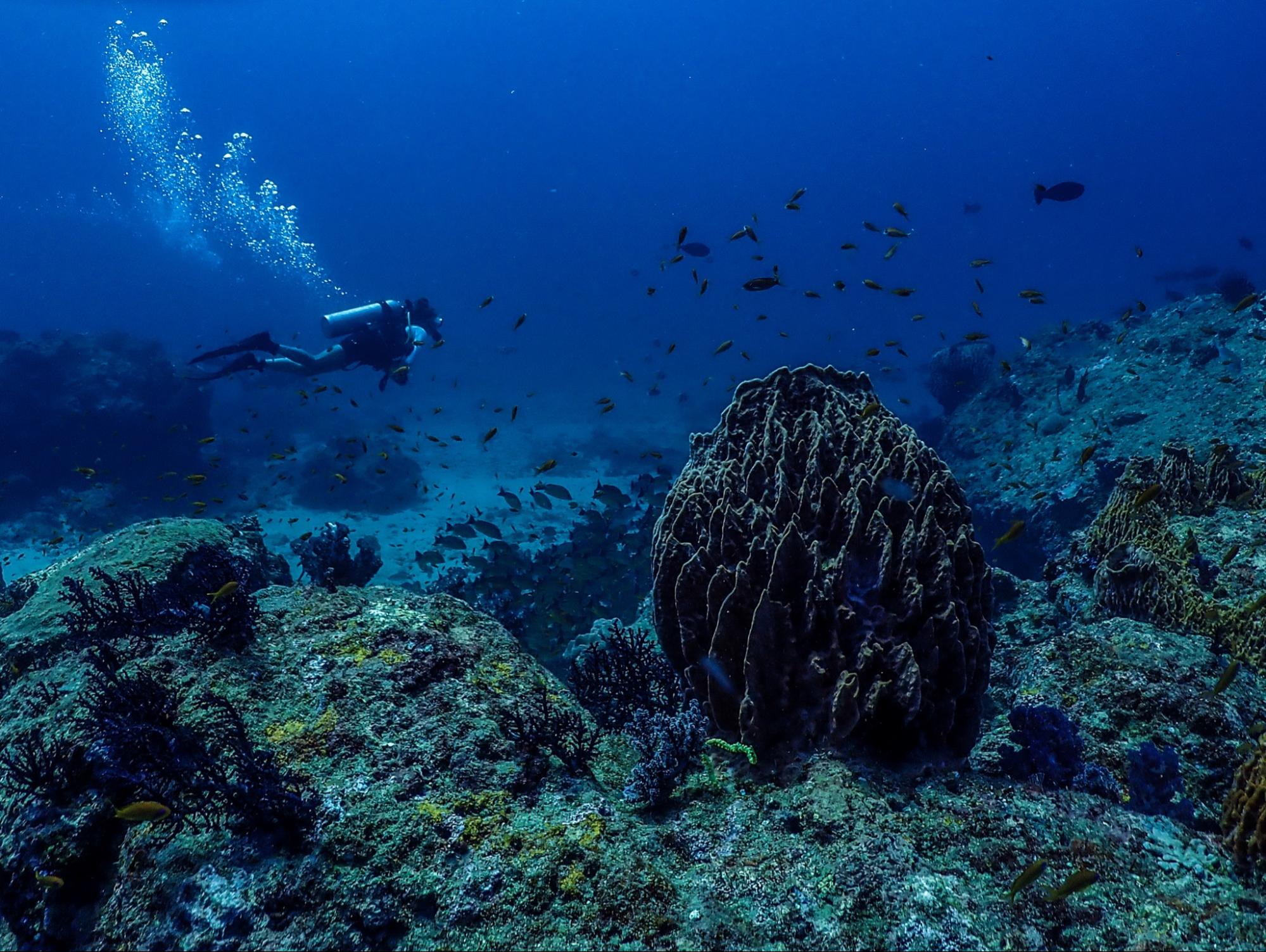 What do you picture when I say the word “scientist”? I picture a middle-aged woman, with towers of dusty books on her desk, occasionally peering through a microscope. I picture an old, balding man with grey hair and a glass of whiskey. Or, the infamous image of Einstein sticking his tongue out–all of which scream “eccentric genius”. I believed all this until I became a scientist–there was nothing eccentric or genius about me. So, why is it that we picture scientists to be mythical brilliant creatures?

The scientific endeavour, despite the central role it plays in human development and well-being, is ironically far-removed from the human experience. The products of academia–such as scientific papers–are difficult even for the educated to understand. Not to mention the fact that academics don’t exactly have a  reputation for being warm, fuzzy, and approachable. It’s a both sad and funny truth–that life as we know it wouldn’t exist without science, yet so many people don’t really understand it.

I work in the field of marine conservation, where without understanding the science behind conservation practices, we might as well stay home. However, marine ecology, and hence the principles of ocean conservation, are woefully misunderstood, especially in India.

Consider this: we have a coastline of over 7,000 kilometres, but most of our waters remain largely unexplored by science. The fact that marine surveys often require expensive gear and training in skills such as SCUBA diving, makes the assessment of marine health even harder.

At the same time, India is also home to a growing tourism industry, with adventure sports being taken up by more Indians every year. With the rise in Indians who have a disposable income, there has been a steady rise in India’s diving industry too. “Over the last decade or so, Diving in India has become more accessible to a larger audience and many are venturing into the ocean to get their first taste of what the experience of diving is all about,” says Siddharth Saini, General Manager, Scuba Schools International – India. “This in turn leads to an increased number of certifications being awarded and newer divers being introduced into our fledgling scuba diving eco-system in India.”

What’s key here is that most divers also report an increase in concern for ocean health and related issues, once they take up the sport. The fact that diving gives one direct access to ecosystems that were earlier considered to be far out of reach, moves one to care strongly for the ocean.

As scientists, we now find ourselves in an interesting space and time–when there have been more eyes and tanks (pun intended) in the ocean than ever before. This is an ideal time to involve India’s diving community in marine science through citizen science.

“Citizen Science” as a concept involves the scientific community seeking participation from the public in various aspects of a scientific program. Most often, this involves citizens reporting observations on biodiversity to online citizen science portals, which serve as online repositories of open-source data. While these might seem like insignificant contributions, data collected through citizen science can often help scientists answer pressing questions–like the reaction of ecosystems to climate change, or the larger effects of urbanisation. While such initiatives are widespread for plants, birds, butterflies, and mammals, citizen science has struggled to reach the depths of the ocean due to lack of access.

Marine conservation is impossible to execute without timely collaboration with people–more specifically, all kinds of people. This is not restricted to the elite, but should include communities across the coast who depend on the ocean for their income, be it through fishing or tourism. Marine conservation requires people to have a clear understanding of the rationale behind policies that affect their livelihood. This cannot happen without accessibility in science.

Democratising science is key to increasing public understanding of science and to the scientific effort. In the post-COVID era, the importance of a broader understanding and participation in science by citizens has never been more crucial. Galvanised by the steady increase in diving, and hence greater access to the ocean, a group of researchers from the Dakshin Foundation initiated a marine citizen science program called Reeflog. Founded in 2015, the program’s pilot phase in the Andaman and Nicobar Islands sought to gauge interest in citizen science among the dive industry. With many lessons learned, and interests sufficiently gauged, we are now in the process of developing Reeflog to work with dive centres across the country.

Reeflog: Citizen science for the ocean

Citizen science in terrestrial systems is rather straightforward. As a citizen scientist, you can report the occurrence of birds, reptiles or butterflies from your neighbourhood park. However, enabling citizen science for the ocean comes with a specific set of challenges. Expecting divers, who can only spend limited time underwater, to report all the species of fish on a particular dive is rather impractical–imagine trying to recognise hundreds of human faces at a traffic jam!

To overcome that, citizen science programs for the ocean have to be designed keeping in mind time constraints and the varied knowledge of the participants themselves–the same was the case for Reeflog.

Our team first assesses the marine biodiversity of a particular region thoroughly, to identify key ecological indicators of that region. We then narrow down species according to their trophic role, their endemism and/or ecological significance, and their ease of identification. Simply put, we prefer to monitor species across the food chain–from herbivorous damselfish, to large predators like groupers. We are also interested in tracking endemic species, which are found only in one particular region in the entire world–making the conservation of that region all the more important.

Based on this review, we select a set of 12 species in every region which we would like our participants to recognise and count during a dive. Considering the vast habitat diversity in India, we narrow down these species for every broad coastal region in India–that is, the East Coast, West Coast, and Andamans.

We design underwater data collection slates–so divers have visual aids to help them identify the required species–and provide them with a pre-designed survey sheet to fill up as well. Once a survey dive is complete, participants are expected to upload all this data on our website–Reeflog.org.

The clarity of the survey slates is important if divers are to identify species with them: which is why a team of artists and designers work to make the educational tools we provide divers with as visually appealing as possible, thus increasing engagement with the medium. We collaborate with dive companies, providing them with all required educational tools and support to implement Reeflog with their customer base. This is a truly vast exercise–which is why we are working to establish collaborations with dive companies across the country. Whether it’s the Andamans, Puducherry, Mahabalipuram, Goa, or Karnataka, we are keen to implement Reeflog across the coastline.

These surveys and methods reflect our goal with Reeflog, which is not only to collect data on the health of marine ecosystems, but also use this as a key technique in marine education. Using practical methods like surveys not only helps a diver learn more about marine biodiversity, but also gives aspiring marine biologists a taste of what marine ecology is.

Conservation is for everyone

I strongly believe that anyone can be a conservationist, without the need for a degree. Citizen science becomes a great first push for many young aspirants in the field with an interest in the ocean. It paves a way for students and hobbyists to engage with nature meaningfully, while also providing them insight into what ecological research is. “It was really nice to get students involved in a project being conducted by a researcher,” says Mariam Ali, a SCUBA diving instructor.  “A lot of my students used to ask about how they can help [with research projects] in India, because they came across internship opportunities with scientists and researchers in the field abroad. To have something like this in our own backyard adds a layer of excitement to a diving course.”

Engagement with a particular natural system encourages a sense of responsibility towards that system–which often leads people to adopt practices that would lead to lesser environmental damage in the long run. Citizen science also has the potential to encourage people to defend their ecosystems–often taking part in direct or indirect action to prevent large projects from destroying them.

One note of caution here is that such programmes often involve the urban elite who then promote conservation approaches that may negatively impact local communities. It is important thus to engage communities in these activities and in the management of their resources, and at the same time, instil a sense of both social justice and environmental sensitivity in urban neophytes.

Citizen science, however engaging and exciting as we can make it, is a marathon. Data collected by citizen divers is broader than data collected through traditional scientific methods. What we, as scientists, might lose out in specificity, we make up for in numbers. Simply put, data collection methods like citizen science ensure robust data sets, but this takes time to build. More importantly, it takes years of regular engagement and outreach to ensure that participation  persists.

Of course, with the onset of the pandemic, the tourism industry is on a long pause. Keeping our own and our collaborators’ excitement about Reeflog under control, we patiently wait until it is safe to launch Reeflog in practice across the country. We hope to see you underwater, very soon!