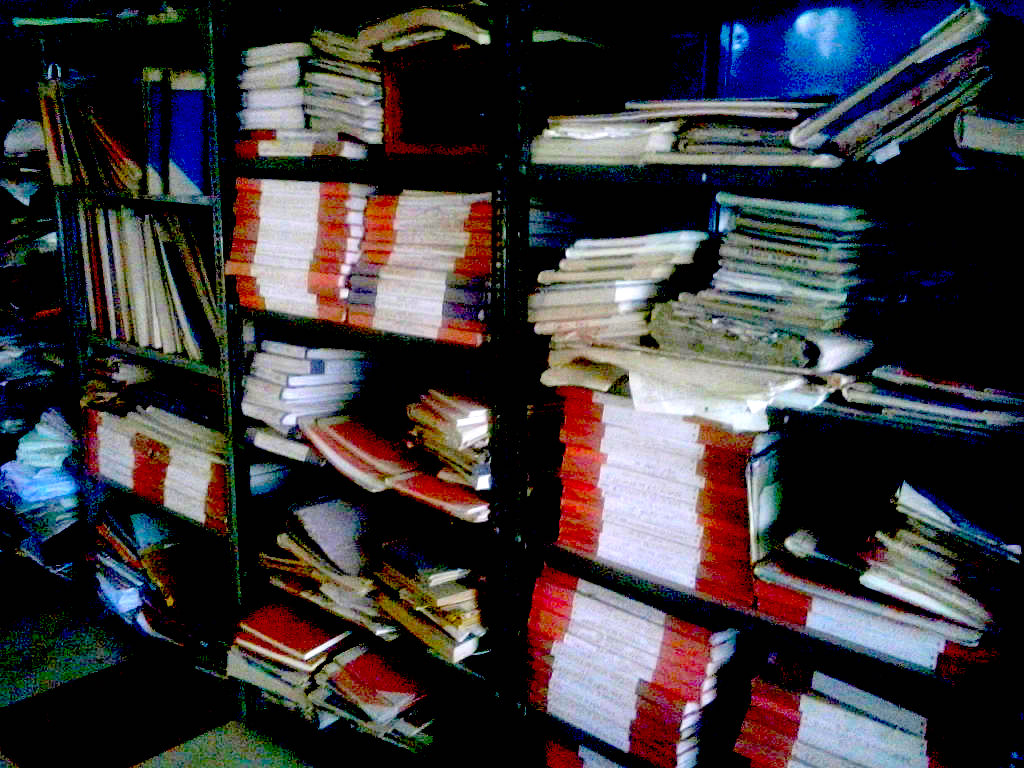 Let’s consider two people, A and B. A wishes to purchase a piece of land from B. They come to an agreement and proceed to the registration office to officially declare their terms. However, C, a large corporation, sees strategic business value in the land, and wants to ensure that the transaction between A and B does not materialise. By bribing the officials, C may create a fake copy of the land records for the plot. The mere threat of a long, expensive legal battle may be enough to dissuade A from purchasing the land.

This might seem like an exceptional case. However, in India, this is a very common occurrence—with an estimated $700 million (USD) paid in bribes to land registrars across the country. The rampant corruption in such dealings has been a matter of concern for the government, with India ranking 80th among 180 countries in the Corruption Perception Index for 2019. Through the adoption of blockchain technology in governance, land disputes are but one of the corruption issues that the government believes that it can solve. This use case and several other use cases have been explored in depth in documents released by both the National Institute for Smart Government and the NITI Aayog. 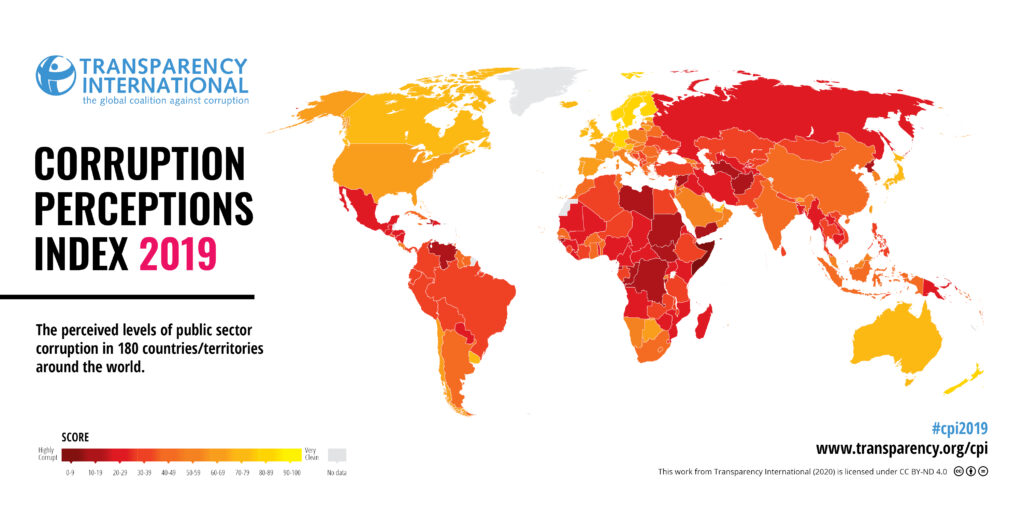 So, blockchain—the same foundational technology behind memorable cryptocurrencies like Bitcoin—could find widespread application in our everyday life. But, is there a (policy) catch? What considerations must be explored before Blockchain is applied on a large scale across governance?

But first, what is Blockchain and how can it be used?

Simply put: a blockchain is essentially a digital ledger of transactions that is duplicated and distributed across the entire network of computer systems on the blockchain. It is a system of recording information in a specific way, making it difficult or impossible to change, hack, or cheat the system.

There are two ways in which the integrity of the network is maintained. Firstly, each block in the chain contains a number of transactions. Every time a new transaction occurs on the blockchain, a record of it is added to every participant’s digital ledger. Secondly, for a new participant to be added onto the blockchain network, they must solve a problem and provide this “proof of work” to every existing participant in the network. Upon validation of this solution, the new participant is added.

To our luck, Reuters has released a beautiful and simple breakdown of blockchain and how it works; check it out here. We created our own version, too.

Now getting back to the point; what feature of blockchain makes it transparent enough for the government to consider it a solution to corruption?

In addition to other information, each block also contains a unique code known as a hash, as well as the hash code of the previous block on the chain. In other words, two different blocks are linked through the hash. Why is this important? Well, any alteration to the content stored within a block will alter the hash code! Therefore, the next block on the chain, which contains the original hash of this block, will not recognise it and thus, the chain is broken. As a bonus to security, calculating and altering the hash code of every block to maintain the chain (and fool everyone) is not practically feasible because of the large amount of computing power required to do this.

This is what makes blockchain so secure and transparent—every single participant in the network has a copy of the same blockchain as everyone else. This removes the problem of differences in individual copies and all records are transparent to all participants.

It’s no surprise then that the main application blockchain has found in Indian governance so far is in keeping track of land records. By using blockchain, the problem of bribing officials to create fake certificates in land dealings can be eliminated.  Moreover, there is no practical (read: cheap) method to alter the information stored in a block—this security lends the information a certain degree of authenticity and trust. In the context of land dealings, this means that not only will there be only one certificate for a piece of land, but also that the certificate can be trusted to be accurate.

Lastly, as with most cases of digitisation, blockchain can also lead to an increase in speed and efficiency. It is pertinent to note that blockchain outperforms traditional digital processes as well—it eliminates the middle-man, or the government in the case of online portals—as transactions are only validated by the participants in the network itself. While a pan-India blockchain system has not been implemented so far, states like Andhra Pradesh and Maharashtra have already incorporated it into their governance frameworks, achieving some goals of transparency.

The Other Side of the Coin

However, there are certain disadvantages to the blockchain as well, which must be considered before celebrating too soon. As the data stored in a block is secure and probably cannot be altered maliciously, it is imperative that the original data entered into the block is accurate. This is a significant problem in the context of land records. Legal disputes surrounding certain plots of land, the non-existence of certain certificates (often due to natural disasters or damages to archives), or the existence of duplicate certificates are but a few of the problems affecting land files in India. This data cannot be entered into a block until all these issues have been resolved—which could take a very long time.

An associated challenge, but perhaps one that is more fundamental to the technology of blockchain itself, is the problem of smart contracts. Smart contracts are lines of code that work on an “if-then” model. This means that they will self execute certain processes only if another event happens. For example, when a participant who wishes to join the network submits their “proof of work”, the existing participants validate it. If the solution is correct, only then the new participant is added to the network.

This collectively-authored comment on technology in sustainability governance is now (open access) in the latest issue of @Global_Policy!

The validity of such contracts under existing provisions like the Indian Contract Act, 1872 is unclear. Although the IT Act allows for contracts to be validated by digital signatures, it also provides that this digital signature must be validated by the government. In the case of blockchain, the validation is completed by all the other participants in the network, thus creating an issue in terms of recognition of the validity of smart contracts in India.

Moreover, there already exist several regulatory structures when it comes to land ownership that will need to be integrated into blockchain governance systems—these include land registration processes and the storage of land records. For example, these systems are centred around the registries where land transactions are recorded; for such recordings to take place, the physical presence of both parties is mandatory, as of now. These structures need to be amended to ensure that the application of blockchain is in accordance with these regulatory structures.

Apart from these disadvantages, there are a few other considerations that the government must be cognisant of, especially as it seeks to bolster strong governance and infrastructure across the country.

One such consideration is the environmental impact of this technology. Take one of the most popular applications of blockchain for example—Bitcoin. The process of “mining” or creating Bitcoin alone is estimated to use the same amount of energy as the entire island of Ireland in a year!

However, it is generally accepted that other applications of blockchain need not be so energy-hungry and can be employed in an eco-friendly manner. In order for this to happen, it is important that renewable sources of energy are utilised in the process of mining. While this is a good solution for the short-term, in the long-term, several structural changes can be made to the concept of blockchain itself, with a suggested change being a transfer to a “proof of stake” system instead of a “proof of work” system. In this system, instead of solving a problem to join the network, new participants are chosen by an algorithm that accounts for their stake in the system, or the deposit of that cryptocurrency that they own. The removal of the element of competition reduces the amount of energy required. While this is a solution mostly isolated to cryptocurrencies, the importance of this lies in the possibility to innovate and adapt blockchain depending on the need.

Further, the city of Vermont conducted a cost-benefit analysis to assess the possibility of introducing blockchain technologies in the public sector and concluded that the benefits associated with the technology did not outweigh the costs. The costs analysed by this analysis included the potential market disruption that would be caused and the challenges surrounding consumer protection. The rapid disintermediation that would follow in the wake of the application of blockchain would lead to a large-scale upheaval of several sectors, especially the financial sector. Moreover, the lack of governmental authentication and validation of several applications of blockchain could have dangerous consequences for consumers.

These problems are largely universal and can be applied to India as well. In fact, it is perhaps a cause for greater concern in a country like India which is not as technologically ‘savvy’ or literate as the United States.

Lastly, according to a study by Deloitte, out of over 86,000 blockchain projects listed on GitHub—a global open-source software platform—that have been launched, 92% of them had been abandoned by the end of 2017. This is clearly a cause for concern as it shows a distinct disconnect between the process of planning and implementation of blockchain. This figure indicates that blockchain is a technology that sounds attractive while planning, but often fails to translate that potential into real-world applications.

What is the way forward for India?

Blockchain is an emerging technology in India, with several organisations like the NISG and the NITI Aayog conducting dedicated research on the same. However, there is no nationwide application of the technology in public infrastructure yet. Moreover, there is very little interaction with civil society regarding the development of it either. The direct consequence of this is that the percentage of blockchain developers to the total population in India is very low, with there being approximately only 1 blockchain developer per 100,000 people in India.

Research papers and working papers released in the future must also have a clear and time-bound action plan that will be followed by the government to first assess the feasibility of blockchain, as well as to potentially implement it. This will enable India to move beyond the stage of conceptualisation, towards actual implementation.

Further, in drafting these papers, interaction with both researchers and developers in civil society is imperative. The government must also incentivise the development of blockchain to ensure that if the time comes to implement it, the country is not lacking in terms of technical ability. Initial applications of this technology can also be implemented through a public-private model to incentivise the private sector.

However, India must not get caught up in the wave. Cost-benefit analyses must be conducted by experts to determine the viability using blockchain. Such analysis must also include a study of factors like the environmental impacts of the proposed application. Further, in a country like India where governance is already riddled with several issues surrounding implementation, is the introduction of a new technology that brings with it several new implementation challenges the solution?