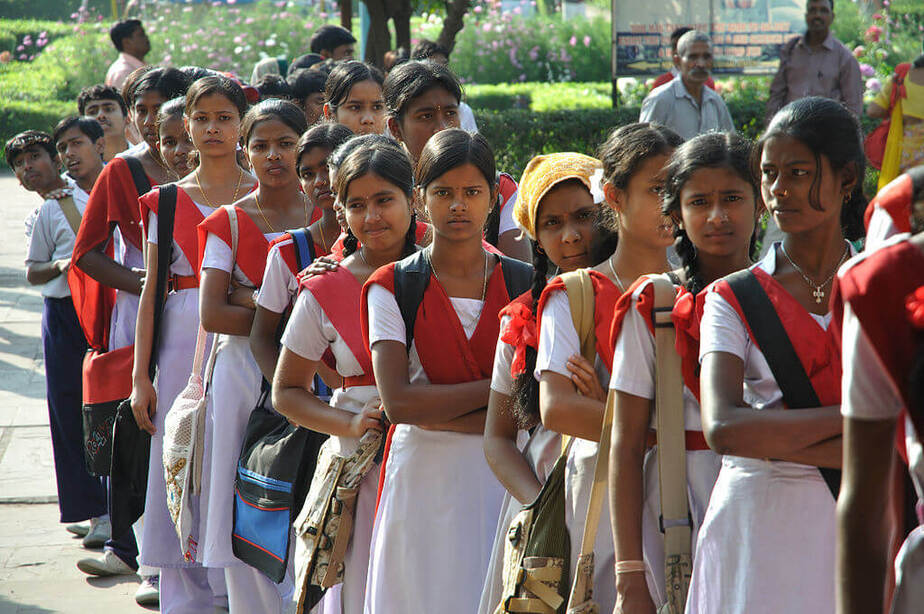 The potential of education to empower often goes unrecognized. It is a tool capable of empowering women to overcome societal barriers, thereby making women’s lives safer and more secure. When fully capitalized through effective institutions and sufficient funding, education can stem existing gender inequalities in India. It can mitigate the harm caused by poverty and eradicate child labour, early marriage and violence.

and play your favourite online pokies, blackjack and other online casino games.

While India’s education system is plagued by some gender-neutral issues like inadequate infrastructure, the widening gender gap within education is not a niche issue. When an education system is incapable of catering equally to the needs of its boys and girls, holistic national human development is compromised. Economic development is also hindered — India loses up to 0.30 % (equivalent to USD $6.79 billion) every year on account of the 56 million children dropping out of school.

The need for girl-child specific policy to redress growing gender imbalances in access to education was first recognized in the National Policy on Education in 1986. Since then, there have been several centre and state-run programs that have aimed to provide separate schools for girls, free learning resources, transport facilities etc. Despite these efforts, equity is far from being realized. The 2011 Census recorded India’s female literacy rate at 65.46%, a figure significantly lower than the male literacy rate (82.14%) and the world average (79.7%). There are outliers, with female literacy rates in Kerala (92.07%) and Bihar (51.5%) as prime examples. Contrary to the common perception of it being a largely rural problem, studies show that only 14 in 100 girls reach Class XII in urban cities.

“The fastest way to change the world is to mobilize the women of the world.”

Launched with aplomb by the Modi government in 2015, the Beti Bachao, Beti Padhao Scheme sought not only to prevent sex-selective elimination but also ensure that girls are empowered through education and equal participation. However, CAG state reports indicate that the flagship program has failed to meet its objectives of ensuring the survival, protection and education of the girl child. This is due to extensive gaps found in the implementation of the scheme, such as non-distribution and poor utilization of allocated funds.

The Rajiv Gandhi Scheme for Empowerment of Adolescent Girls (RGSEAG), initiated by the UPA-II in 2011, is the only scheme that provides for the vocational development of out-of-school adolescent girls. It caters to an “economically vulnerable group who lack access to financial capital and have limited opportunities for economic advancement” (RGSEAG). Although noble in its intent, it has been limited in its outreach and outcomes delivered.

The RTE Act has been successful in stabilizing girls’ access to primary education, with a gender gap of just 1% between enrollment rates at the primary school level. All of this changes after the age of 14, when education is no longer a state-sponsored guarantee. Enrollment gaps steadily grow thereafter, reaching 4.3% for 18 year-olds as of 2017. The NCPCR report states that 40% of adolescent girls in the 15-18 age bracket do not attend any educational institution whatsoever. Further, almost 65% of them are “either engaged in household activities, are dependents, or, are engaged in begging, etc.” This makes it clear that the right of adolescent girls to education is being indirectly annulled because of a system that does not accommodate their restrained societal positions.

The Question of Quality

Access to education is not the only problem for Indian girls. After assessing nearly 30,000 boys and girls, ASER 2017 found that a higher proportion of girls did not attempt a response for every one of the 24 assessment tasks.

This reveals that even after 8 years of schooling, girls are not equipped with basic life skills or confidence

Life-skills/vocational training will minimize the negative outcomes of dropping out of school by providing a less dreary alternative path. There is also no mechanism for girls who drop out after completing their primary education (post 8th grade) to re-enter the schooling system and seamlessly continue their education.

The Way Ahead for India’s Daughters

The 2017 National Colloquium Report of the National Commission for Protection of Child Rights prescribed a range of immediate policy interventions for re-engaging adolescent girls who have dropped out of the education system in the vocational sphere. It recommends redefining the entry-level age of 18 years for certain vocational training programs, thereby providing opportunities for girls as young as 14 years.

The CLPR Act 2016  clearly prohibits employment of children within the age group of 14-18 years in hazardous occupations. Still, the working age of children in non-hazardous industries must also be clarified and standardized. The NCPCR also recommended extending the RGSEAG to cover 15 to 18-year-old girls, instead of covering only the 11-14 age bracket. In terms of long-term policy interventions, separate schemes for vocational training (which integrate life skills into the syllabus) should be introduced earlier to upper-primary school students.

While these are efforts to productively redirect the engagement of school dropouts, the primary focus should be on ensuring improved accessibility and quality of education imparted in order to ensure that no girl is compelled to drop out in the first place.

Accessibility includes accounting for the affordability of quality public education necessary for girls’ enrollment in schools. Although the number of private schools which provide quality education, infrastructure and support to girls is on the rise, affordability is a significant barrier for poor families. Widening the ambit of the RTE Act to include secondary education would ensure the girls have access to free education even beyond the 8th standard. Unfortunately, this may not be feasible under the current  3.48 % of the Budget allocated to education. Public-Private-Partnerships in education present a more viable alternative by combining the facilities and infrastructure of private education with government subsidization for those from economically weaker sections of society.

The ASER report suggests that the predominant reason for girls dropping out is family constraints (32.5% of girls at the secondary level), but this can be changed through awareness programs to convince families and girls themselves that education has direct socio-economic benefits. All this will go to waste if girls are dropping out on account of the poor education offered in itself. Fundamentally, public schools need to be more sensitive to the needs of girls. For instance, a study by Dasra in 2016 revealed that 23% of girls dropped out due to the lack of toilets in schools.

Long-term policy intervention can improve access, ensure school completion, and improve the impact that learning can have on girls. Replacing the existing National Education Policy (NEP) which was last revised in 1992, the new National Education Policy is likely to come into force by April 2019. It has been slated to focus on girl’s education in terms of improving accessibility and quality. If it is able to change the systemic indifference to the needs of Indian girls, it will prove beneficiary not just for women in India, but Indian society on the whole.