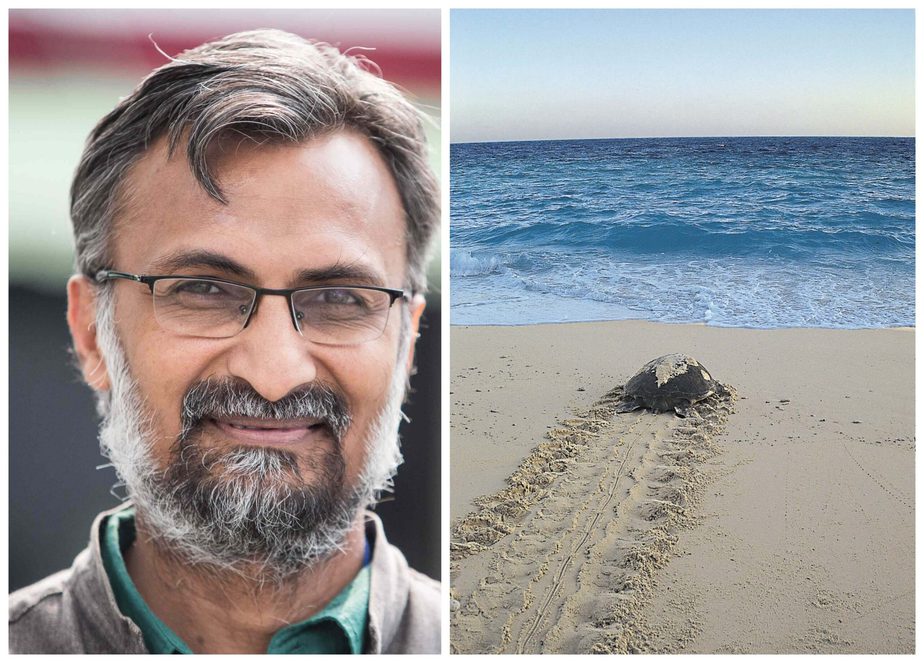 Pankaj Sekhsaria (PS) has worked extensively in the fields of environment and development, citizen science, wildlife conservation, media studies, and science and technology. He wears the hats of a researcher, writer, photographer, activist, and academic. His area of interest is the Andaman and Nicobar Islands, developed while working with the environmental NGO Kalpvriksh. He has authored numerous academic and journalistic articles on the islands since 1998, as well as non-fiction books like Troubled Islands (2003), The Jarawa Tribal Reserve Dossier (2010), and Islands in Flux – the Andaman and Nicobar Story (2019). In 2014, he also authored The Last Wave, his debut novel that is a deeply ecological story based in the Andamans. Sekhsaria is currently an Associate Professor at the Centre for Technology Alternatives for Rural Areas, and associate faculty, Centre for Policy Studies, both based out of IIT Bombay.

Vaishnavi Rathore (VR) caught up with him while he was in Delhi for the release and discussion of his latest non-fiction title, Instrumental Lives: An intimate biography of an Indian Laboratory (2019).

VR: How did the Andaman and Nicobar Islands become a place of your interest for research?

PS: The genesis of my interest goes back to my school days, when I started bird watching. But, the one key learning experience that got me interested beyond just wildlife took place when I was in Grade 11 — this was the ‘Save Western Ghats’ movement, that happened more than two decades ago now. Many people ranging from anthropologists, activists, and journalists joined this 100-day yatra to understand first-hand the ecology, context, and current situation of the Western Ghats. I had a chance to join this yatra for about 10 days from Mahabaleshwar to Patan in Satara district. This experience was an eye-opener that exposed me to a larger world.

While in college, the Narmada Bachao Movement was on, and as college students, we would sometimes join it. The narratives, stories, and developments that emerged were very inspiring. Even when I was studying engineering, I was very clear that I want to get into the field of environment. I also developed the clarity, along the way, that I want to be working at the intersection of communication and the environment. After I finished my engineering, I had a chance to go to the Andamans to meet a friend over there. I spent two months traveling the length of the islands, experiencing the different ecosystems all the while. The islands were obviously captivating, and so I wanted to continue working on them.

After I came back, I started working with the Kalpavriksh Environment Action Group. We wrote a proposal for an environmental investigation of the Islands, and the funds came through just I was finishing my Masters! The research took around six months to complete, and uncovered some interesting observations that we took to the Calcutta High Court in 1998. From there, things just took their own trajectories.

VR: When it comes to research, why is there still such limited work coming in from the Andamans?

PS: Over the last few years, some very interesting ecological research has been happening. But considering the potential of the place, its extent, complexities, and diversities, my sense is that we’ve only covered the tip of the iceberg. There is a lot more than can be done.

The other part of the problem is that, to some extent, we don’t get to know about the research. Not a lot of people are writing about what is being researched there. It’s a vicious circle—people are not writing, because they don’t know, and they don’t know, so they don’t write. If you look at the media today, what is being written about the Islands at all? The understanding is that now the Islands are a great place for tourism, and this is one major thrust area. We need to move beyond that and ask the more critical questions: can both the administrative systems and the ecological systems take the impact of the kind of tourism that is being proposed?

Then, of course, there are the challenges of going to the Andamans, the resources that are involved. There is also a limited resource pool of people who know the Islands, who understand it, and are accessible.

VR: In your opinion, what are the biggest challenges to the Islands currently?

PS: I’ve come to understand the islands as being located at a tri-junction of fragility and vulnerability: geological, ecological, and socio-cultural vulnerability. Geologically, these Islands are extremely seismically prone, earthquakes occur here every week; this is also the region where the tsunami of 2004 originated, following a gigantic earthquake of 9.3 on the Richter scale with its epicentre off the coast of Sumatra, and only a little south of the Nicobars. Ecologically, this place has a rich biodiversity, and socio-culturally too it’s fragile because of the indigenous people and the many other communities who have made them their home. All these three factors are also intricately linked. Is the policy intervention and planning by the government accounting for this vulnerability? How much have we planned for the earthquakes and tsunamis to come? 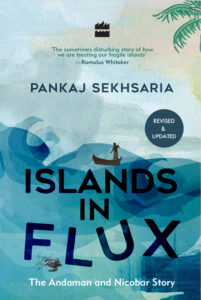 Here’s a story from about a year ago, when a passenger ship was traveling from Port Blair to Chennai. It developed a leak. The coastguard had to come and rescue 400 passengers. In a place like this, where comfortable shipping for passengers is questionable, can we really believe that the same administrative system has the capacity to give you  7-star comfort in a tourism project? And is this what the Islands really need? Our fundamentals are just not right. In 2009, former President APJ Abdul Kalam even proposed a nuclear power station be built in the Island group! In a space that has seen a 9.3 Richter scale earthquake, how can we suggest this?

This also became the central theme of some of my articles in the book ‘Islands in Flux’. Here, I critically question Niti Ayog’s proposal for tourism development in the Islands from multiple vantage points, including existing policies, ecological realities, and the capacities of the administrative relationship. This gives an understanding of the larger narrative that we are operating in.

VR: Your work around the Islands has ranged from academic papers to journalistic writing to even fiction. Why did you think there was a need to write fiction based out in the Islands?

PS: A couple of reasons came together when I started writing the novel ‘The Last Wave’ in 2005. At that time we were gauging the reality that even after a few good orders by the Supreme Court, they were not being implemented on the ground. As someone who had been centrally involved in those court cases, it was very disappointing to see that even Supreme Court orders don’t get implemented. There was a bit of disappointment, a sense of failure. Then, the 2004 tsunami occurred and this had a big impact. 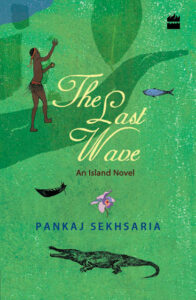 I have been interested in multiple disciplines, ranging from history to geology, and I was wondering how do I tell the story of all of them together? That was also the time where I had just finished reading Amitav Ghosh’s The Hungry Tide. When I reached towards the end of the book, it struck me that I too could perhaps attempt a story that was based in these Islands. And then, of course, there was a creative, aspirational side of being a fictional author. I wanted to reach out to a different set of people to tell them the same story, and also to tell the same story to the same people, but in a different way.

VR: What are the challenges that you faced while advocating for a group, like the Jarawas, who are difficult to access?

PS: Not just difficult to access, but impossible to access! It’s a very good and a fair question to ask and it has come up earlier—who are we to represent the communities? How do you know that the Jarawas do not want the Andaman Trunk Road? This question has been the challenge in that sense.

But one thing that is central to my work, and what I’m very explicit about, is that we are not claiming to represent them, we are talking on our behalf. When you think about it, we are people from the outside, talking about an intervention, a policy, a scheme that is also made and implemented by people from the outside. While we are very clear on saying that we are not claiming to represent the communities there, we have enough scientific, historical, and ecological reasons to say that the interventions are damaging.

VR: In this discourse usually, there is a debate of conservation versus development. Do you think there is a possibility of these two terms to move together harmoniously, as opposed to being at loggerheads?

PS: Earlier, I thought I had clarity on this, but not any longer. But I think to be able for this to happen, we need to engage a lot more with the question of what is ‘development’? My favourite example to give for this is the traffic problem. If we argue that the problem of traffic in our cities is less road space, the solution is obvious. It is to increase the road space. But if I formulate the question as a problem of too many vehicles, the answer is to reduce the number of vehicles. There are multiple ways to look at the problem. How you formulate the ‘problem’, will lead you to the solution; the answer is usually embedded in the question.

It is important to just have those conversations, and maybe we will find ways forward. Engage, discuss, ask. Who pays the cost, who develops? We need to ask these without paralyzing ourselves, of course. Then maybe, we’ll make fewer mistakes. And that might be a good place to start!