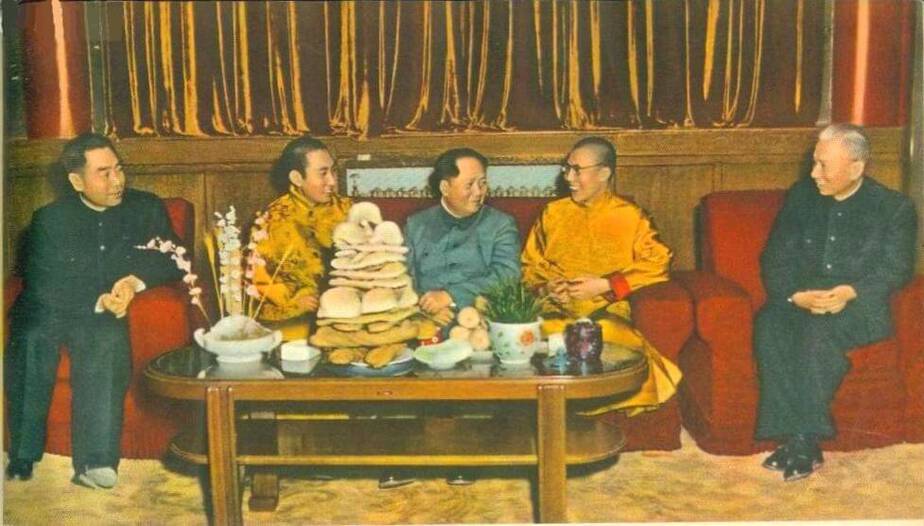 Researched and written by Rohan Parikh

“Who am I? I am nobody. I was nobody before 2011 and will be nobody after 2021. I am a simple Tibetan who wants to contribute to the cause. But the symbol I represent, the office that I represent, is what the Tibetans are supporting,” says the President of the Central Tibetan Administration (CTA), Dr Lobsang Sangay.

Along with the former Prime Minister-in-exile Samdhong Rinpoche, Sangay is one of the two personal emissaries chosen by the Dalai Lama to interact with their Chinese counterparts.

The Dalai Lama’s  statement on November 23 called for reconciliation with the Chinese. He has been working on the 5/50 vision – a five-year strategy to resolve the issue based on the Middle Way Policy, while also preparing for a fifty-year struggle if necessary. In light of the Tibetans’ growing desperation to stop the violence and the self-immolations in Tibet, Xi Jinping finds himself in a unique position to resolve the issue. However, the Middle Way Policy needs to be understood and accepted by the Chinese in order to bring about any reasonable solution to the problem. Moreover, the burgeoning faction that seeks Independence can snatch away a victory when it is in sight. Xi Jinping’s second tenure may be the only viable window to seek a solution.

The People’s Republic of China’s (PRC) expansionist agenda led to the People’s Liberation Army (PLA) invading Tibet in 1949. Following an uprising from the Tibetans that was brutally quelled, the 14th and current Dalai Lama, along with 80,000 of his followers fled Tibet and sought refuge in India.

The PRC has destroyed hundreds of monasteries and has stationed over 2,50,000 soldiers across Tibet, especially in Lhasa, its capital. The number of self-immolations inside Tibet – marking resistance against the Chinese regime – stands at 152 since 2009. On the current situation inside Tibet, Sangay says, “On any given day, Tibetans inside Tibet are suffering. They are imprisoned, they are burning themselves. They are protesting and they are being tortured. Their natural resources are being exploited, trees are cut down, rivers are dammed and then the discrimination they face is happening on a daily basis. So we have to stop and change or transform the situation from now. Any situation is better than now. That is why we are going for genuine Autonomy.”

The Middle Way Policy is an attempt to realise this genuine autonomy. It neither seeks Independence (Rangzen) nor is it content with the status quo. Instead, it seeks each of the provisions of Autonomy enshrined in the Constitution of the PRC and its Law on National Regional Autonomy (LNRA) to be genuinely implemented. This, apart from the entire Tibetan people to be brought under a single autonomous administration. It supports authority for the local Tibetan government on all matters except for defence and external relations.

The Middle Way Policy is, therefore, a decisive step towards self-governance. China invaded Tibet ostensibly to liberate Tibetans from ‘the imperialist forces of Lhasa’, on the grounds that they were incapable of self-rule. The democratic governance seeks to remove that misconception. Sangay comments on the growing political responsibility amongst Tibetans.

“After His Holiness devolved his political authority, the Tibetans are actually taking more responsibility, as per his advice. This is very good…How many posters with my photograph are also being shared all over Tibet! Songs are being composed in my name. Several of them have gone to prison also… It is not me a person, not me as Lobsang Sangay. It does not go to my head. It is me as the symbol, the office that they are supporting, that they are singing for.”

In light of this, the Middle Way Policy stands to secure social and political guarantees. If Independence is restored based on Tibet’s recent geography, it would get no more than the Tibet Autonomous Region (TAR), where a smaller population resides. The Middle Way Policy ensures greater short and long terms benefits to ensure genuine Autonomy for all of Tibet, instead of Independence for just one part of it.

A landlocked country, Tibet is dependent on its neighbours for economic support. Most Tibetans live a nomadic lifestyle, and the economy is primarily based on agriculture and animal husbandry. Reconciliation with the Chinese would ensure economic prosperity due to greater development opportunities. Moreover, the violent clashes, along with Chinese propaganda, pose a severe threat to Tibetan culture and the environment. The Middle Way Policy ensures peace and stability that goes a long way in preserving Tibetan identity.

However, ever since conceiving the Middle Way Policy, there has been little improvement in the status quo inside Tibet. Nine rounds of talks with the Chinese since 2002, after a nine-year lapse, have not produced any meaningful outcome. China has time and again accused the Dalai Lama of being a ‘splittist’, and seeking ‘Independence in disguise’, despite him having conceded his political powers entirely.

After the invasion, Tibet was split into the Tibet Autonomous Region and four other Chinese provinces, namely Qinghai, Sichuan, Gansu, and Yunnan. According to reports by the Department of Information and International Relations (DIIR), the foreign relations branch of the CTA, 60% of Tibetans live outside of the TAR region in other provinces. Only 43% or about 6.3 million of all Tibetans live in the TAR, which accounts for 50% of the area of the Tibetan plateau.

As former Indian ambassador to Nepal, Geneva and Paris, Rakesh Sood points out, it is important for the Chinese leadership to maintain an image of power in front of the global community. Each time China comes to global attention (such as during the 2008 Beijing Olympics, or this year’s 65th anniversary of the PRC), Chinese rhetoric and muscle power increase radically. The Chinese authority’s primary concerns remain about maintaining legitimacy in the foreseeable future of the PRC.

In the recent years, the Tibetan community’s growing impatience has caused them to lose faith in the Middle Way policy. There is a growing desire for Independence. However, Sangay rejects such a claim, saying that there is no such movement for Independence and that the people’s concerns are regularly being addressed. In any case, the ardent support the Middle Way Policy once received has diminished today.

Pro-Independence candidate Lukar Jam, who ran against Sangay, advocates Rangzen on the grounds that it is a matter of national pride and identity. He discards economic arguments; for him, it is only an excuse for the Chinese to strengthen their hold on Tibet.

While Jam’s views may not have won him an election, several Tibetans, especially the youth, do echo his sentiments to varying degrees. The Tibetan Government in Exile has noted that it will keep the people’s interests in mind, and will act in their larger interest, even if the majority is in support of absolute Independence.

However, Sangay notes why seeking Independence would be a regressive step. “The One-China policy is non- negotiable. Territory and sovereignty of China are non-negotiable. If you want to solve the issue of Tibet with the Chinese, non-violently, through dialogue, Rangzen would be a non-starter.”

One reason for the disillusionment with dialogue is that international support is often mere lip-service. China’s rise as a world power has caused a shift in the support which the Tibetan community receives internationally. Sangay, however, notes that their cause has received attention, as opposed to the problems faced by the Mongolians or Chinese dissidents, or Taiwan’s struggle for independent recognition. Yet, the Tibetan cause has a long way to go, for concrete measures are yet to change ground reality.

Sood further notes why dialogue is the best way forward.  “The whole philosophy [Middle Way Policy] is guided by the Dalai Lama who enjoys a certain international profile and credibility. And that has also contributed to a fair degree of support for the Tibetan people globally. Were that to change into a violent uprising, not only would it have a lot of repercussions, not only in terms of India finding it necessary to re-calibrate its position but also in terms of whether this approach would enjoy the same kind of international support that the Dalai Lama’s approach is enjoying.”

As the diplomatic swing rocks back and forth, brute force on David’s part will lead to assured defeat against the towering Goliath. Dialogue is the only way forward. As Sangay notes, “I always say that the main thing is dependent on the Tibetans inside Tibet. As long as they’re repressed, as long as they are resisting, the Chinese government has to change or review its policy.”

Let’s hope the time is ripe for that change.

Technically Speaking, How Widely is Facial Recognition Being Used?