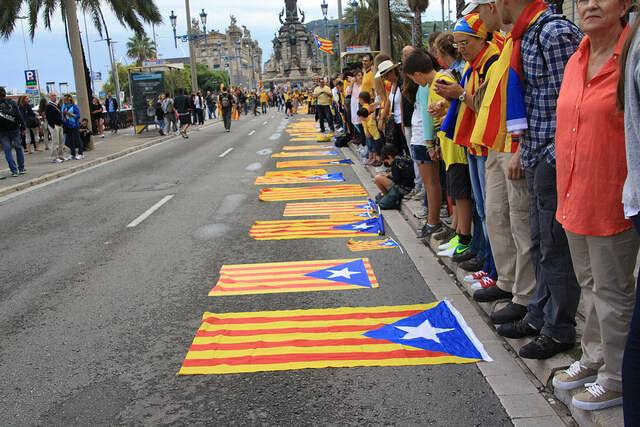 Researched and written by Manas Dutt.

Following the self-determination referendum vote on October 1st triggered by the Generalitat de Catalunya, Catalonia is no longer split over the issue of secession from Spain. In an official statement issued yesterday, Carles Puigdemont, incumbent President of Catalonia, backtracked on his commitment to Catalan’s secession from Spain by “suspending the effects of the declaration of independence”  in favor of “a dialogue [with the Spanish Government] without which it is impossible to arrive at an agreed solution”. In his rather confusing address, Puigdemont initially upheld the independence movement, congratulating “those who voted yes or no, and those who voted blank” and expressed his “solidarity to all those injured and mistreated in the police operation”.

Puigdemont’s confused rhetoric has angered people on both sides of the contestation. First, Puigdemont restated Catalonia’s right to self-determination; then, he refused to begin the secession process in the near future. Nonetheless, the Catalonian Referendum has effectively brought back international attention to some challenging questions on the nature of democracy itself: who is allowed the right to self-determination within a nation? What is the EU’s commitment and obligation to respecting democratic values?

This article attempts to explore few such platonic questions on the nature of ‘democracy’ with the backdrop of the failed Catalonian Referendum. In considering the legitimacy of ‘self-determination’, one is faced with the following paradox originating from a clash of two equally incontestable axiomatic principles in political theory. Two such ‘truths’ are: (1) that each nation has a right to determine its own affairs, and (2) that the majority has a right to govern.

Admittedly, these “rights” are tempered by the recognition that no nation and no majority may ride roughshod over minorities.[1] Essentially, the principles of ‘national self-determination’ and of ‘majority rule’, though both fundamental to the functioning of any democracy, are mutually incompatible. This is because of the distinction in the definition of the people as a nation (ethnos) and the people as a body of citizens (demos). In most present-day democracies, ethnos and demos are not congruent and do not entirely coincide with one another. Referendums serve as a mediatory tool to bring the two together in the process of establishing a national consensus on any national issue.

But for a referendum to be binding, it must first be legitimate under regional and national law (like the Scottish Independence Referendum of 2014). Seeing as the Catalan Referendum was illegal, both under Spanish Constitutional Law and Catalan’s own regional laws (Articles 222 and 223 of the Statute of Autonomy of Catalonia), it remains non-binding in nature. This further implies that any of Puigdemont’s references to ‘unilateral independence’ ─ based solely on the results of a non-binding vote ─ were destined to remain ineffectual.

Meanwhile, Spanish Prime Minister Mariano Rajoy has issued an ultimatum, urging Catalonia to drop the independence bid within 8 days, failing which he would suspend Catalonia’s political autonomy. Rajoy also threatened to put Article 155 (“the nuclear option”) into effect, allowing Spain to take over the autonomous Catalonian government and to intervene directly in its affairs. While this threat is not likely to be acted upon, from the very beginning of the referendum talks, Spain has maintained that the Spanish state is ‘indivisible’ by constitutional design.

The Question of Catalonia’s ‘Secession’

While we’ve all come across evocative images of Catalan protesters being whacked on the head with a truncheon, this shouldn’t necessarily mean that we side with the unfortunate recipient of police brutality. There’s a need, despite the seemingly excessive use of force by the state, to question the legitimacy of the Catalan claim to autonomy, and not to merely react at a level of emotion.

It must be noted that ‘secession’ is a process of far-reaching and irreversible consequences. Once undertaken, the process of a political divorce between two groups sharing the same territory is a one-way street—one that often has a violent aftermath. No countries that have split up, or from which one part has seceded, have become unified[2].  Owing to the permanent and irreversible nature of separation, the final approval and ratification, then, must come from the Catalan people.

Even as the Catalan Referendum was greatly repressed, it failed to reflect the vote of even half Catalonia’s total voter-base. According to an infographic on the official website of the Government of Catalonia (reproduced here): 2.3 million voters cast their ballots (an additional 770,000 potential voters could not vote because of police raids). 90.18% votes were in favour of independence. This number represents only 42.3% of the total voter base of Catalonia. This means that more than half of Catalonia did not turn out to vote. For all official purposes at least, the champions of Catalan independence are a minority in Catalonia.

The reasons behind why Catalonia decided to secede in the first place also seem very dubious. Although Catalonia is an autonomous entity in Spain, its autonomy has been greatly watered down following the amendment to the Statute of Autonomy (of Catalonia) in 2010.

Such state entities can only exercise their right to self-determination if they are an ‘oppressed’ people and have no other viable alternative except to secede from a purportedly ‘dictatorial’ regime. Still, there is no strong case for oppression in the Catalonian example. In fact, in an interview with Al Jazeera (prior to the referendum vote), Charles Puigdemont said that “Catalonia and Spain have excellent co-existence” and that they “have a great friendship and much common ground in language, culture and economy. There’s no social conflict, it’s a political one”.

The rift between Catalonia and Spain is significantly economic in nature: according to a  2005 report released by the Catalan government, Catalans had contributed 47 billion euros to the central government but had only received 30 billion euros in spending. This resulted in a fiscal imbalance of almost 17 billion euros, or 9.8% GDP (for that year).

Presently, Catalonia seems to only want to reclaim its lost ‘right to self-determination’; seeking independence from Spain doesn’t seem to be the most immediate issue on their agenda.

So what’s the solution to Catalonia’s Crisis?

According to a report by the Konrad Adenauer Foundation, “the judicial and police solution will not be sufficient to resolve the Catalan problem…some kind of political solution will be necessary”. Considering the fact that Catalonia’s commitment to independence is already wavering, political ‘dialogue’ with the Madrid government seems to be the only far-reaching solution to the problem.

Efforts must be initiated by both ends to subdue tensions and restore peace.

Although Bosnia’s break-up from then Yugoslavia was successful, it resulted in 3 years of war and political unrest. Catalonia should draw from the Bosnian example and try not to avoid committing similar mistakes. With discussion building up on the referendum’s legitimacy, the need of the hour calls for Spain and the European Union to review their commitment to democracy and prevent similar crises from occurring again from the grassroots level. 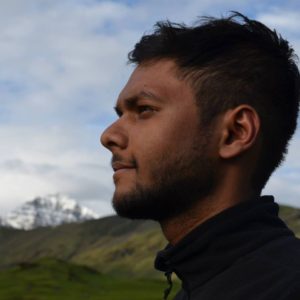