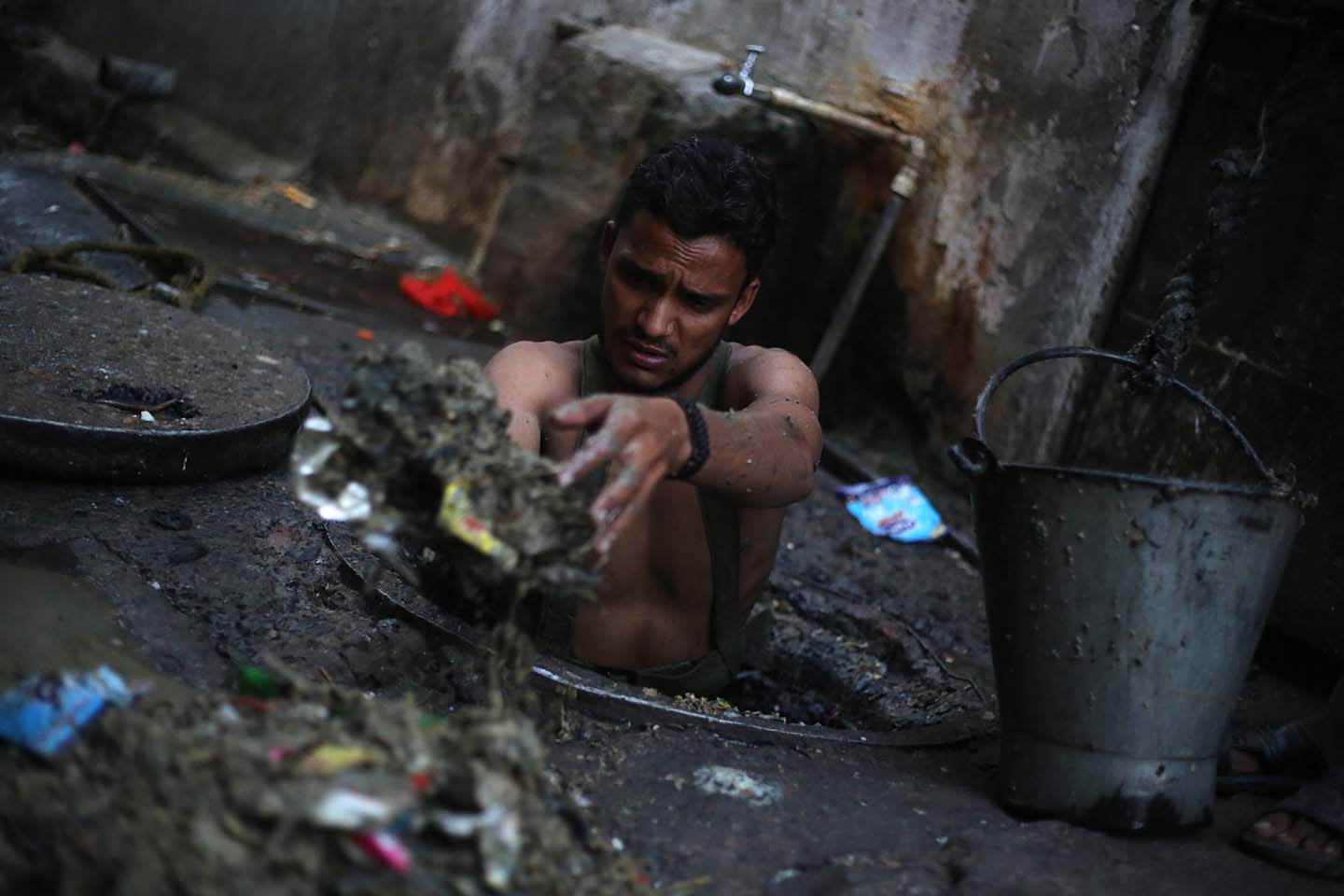 Every year since 2014, during the weeks approaching October 2, in addition to the values, morals and politics of Mohandas Karamchand Gandhi, the discourse surrounding sanitation reaches a crescendo. The celebration of the birth of the Mahatma — the father of the nation and alleged casteist  — interestingly coincides with the NDA government’s launch of the Swachh Bharat Abhiyan (i.e. Clean India Mission).

Faeces in whose face?

As per 2011, 4041 statutory towns in India play host to 31% of the total population. In these towns, members of as many as eight million households defecate in the open because proper toilets were unavailable.

Sites of open defecation are cleaned by workers commonly referred to as manual scavengers. They are engaged in cleaning, carrying and disposing of un-decomposed human excreta for their livelihood. A report prepared by the National Campaign for Dignity and Eradication of Manual Scavenging observes that the Valmikis (an SC group) and Hailas (an OBC group) are predominantly employed as such.

While it should go without saying that constant direct contact with untreated human excrement is unhealthy, India has 53,236 documented manual scavengers. According to the Human Rights Watch, direct handling of human excreta can have severe health consequences including but not limited to constant nausea, headaches, respiratory and skin diseases, anaemia, diarrhoea, vomiting, jaundice, trachoma and carbon monoxide poisoning. Manual scavenging is not only a human rights calamity that reinforces the menacing caste paradox but is also indicative of a public health crisis in our midst.

Interestingly though, in early 2018, the NDA government declared to the Lok Sabha that 11 states had been rendered ‘open defecation free’ under the Swachh Bharat Abhiyan. While this figure may well be disputed, Hashir, a consultant working in connection with the Ministry of Water and Sanitation tells us that achieving the goal of being open defecation is a dream that can be realised. The BJP’s Swachh Bharat Abhiyan serves as an essential means to this end, because “it is a brand that they can attach themselves to”.

The Legalities in Cleaning

Manual scavenging has been abolished by the Supreme Court of India under the Employment of Manual Scavengers and Construction of Dry Latrines (Prohibition) Act, 1993. It makes the employment of manual scavengers a cognisable offence with imprisonment and a fine, while also banning the use of dry or otherwise unsanitary latrines. The act made state governments responsible for the identification and rehabilitation of manual scavengers by equipping them with the skills necessary to pursue other livelihoods. It also made it the responsibility of citizens, organisations and the State to maintain sanitary toilets when built.

In October 2014, the Swachh Bharat Abhiyan assigned the construction of 120 million toilets in rural India. According to the SBA’s statistics, over 4 million sanitary toilets have been built across the country since the beginning of the campaign.

The Abhiyan’s objective in the urban set-up includes the “elimination of open defecation”, “eradication of manual scavenging” and most importantly, “modern and scientific municipal solid waste management”. With the end of the Swachh Bharat Abhiyan nearing in October 2019, will manual scavengers see a better day?

No End in Sight?

Successive governments have promised to tackle and eradicate the practice of manual scavenging. It was only in 2017 that the Delhi Jal Board began the process of acquiring mechanised sewer cleaning machines. 200 of the newly bought contraptions will be launched today, to commemorate Gandhi Jayanti in Delhi. According to an August report, these customised appliances are ones that can be “replicated by Dalit entrepreneurs”.

In 2013 itself, the central government formed the National Safai Karamcharis Finance and Development Corporation which dispenses ₹40,000 to ex-manual scavengers. The amount can be claimed in monthly instalments of ₹7000, beginning “as soon as they are identified and their documents reach us”.

In other government attempts towards incorporating the act, the 2017 Self Employment Scheme for Rehabilitation of Manual Scavengers identified 118,474 manual scavengers and their families from 18 states for rehabilitation. Moreover, 78,474 beneficiaries were found to be eligible and provided loans to procure shelter and a livelihood.

Nonetheless, available figures indicate that only ~7% of all the identified households have been compensated so far. This is despite the government’s claim of having helped 91% of them. In response, civil outrage surrounding the subject continues to gain momentum across the country.

The Safai Karamchari Andolan championed by Bezwada Wilson organised a demonstration on October 25 in Delhi’s Jantar Mantar to protest the deaths of 1790 sewerage workers around the country since the supposed implementation of the Act in 2013. Under the title ‘Stop Killing Us’, the congregation attracted hundreds of manual scavengers and civil rights activists. Some protesters held placards which read “Govt talks bullet trains, no machine to clean the drains”.

In addition to these woes, the assigned budget for Rehabilitating Manual Scavengers fell from ₹448 crores to a meagre ₹5 crores during the 2017-2018 session.

Light at the End of the Tunnel?

While rural toilets are being built, there remains an insufficient budgetary allocation towards constructing sewer pipelines for the actual management of the excreta. Only the installation of pipelines can end the requirement to physically collect human waste. Apart from building infrastructure, Hashir laments the negligence of “ICE (Information, Communication and Education) in the budget allocation of the Swachh Bharat Abhiyan, because it is a behavioural change that is necessary”.

In the lead up to the general elections in 2019, one can expect nothing less than streams of statistics from incumbent governing bodies regarding the success of the Swachh Bharat Abhiyan and subsequent debunking by the opposition.

Suffocated in the middle will remain the likes of the manual scavengers and their beneficiaries awaiting their compensation, dreaming of “a lavatory as clean as a drawing room” — as the Mahatma himself put it. A year on from the intial deadline of the Swachh Bharat Abhiyan, we are just beginning to see mechanisation implemented in cleaning urban sewage. It remains to be seen just how long it will take for manual scavengers (both urban and rural) to be liberated from the stench of the gutter. 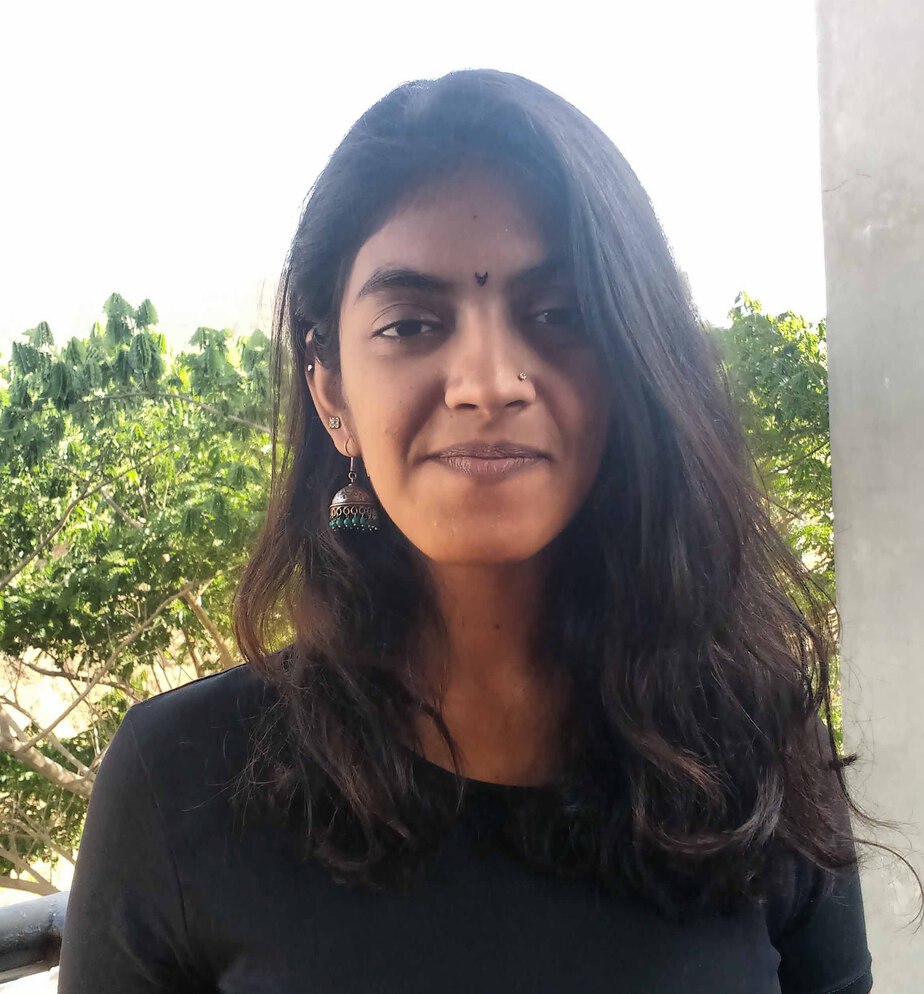