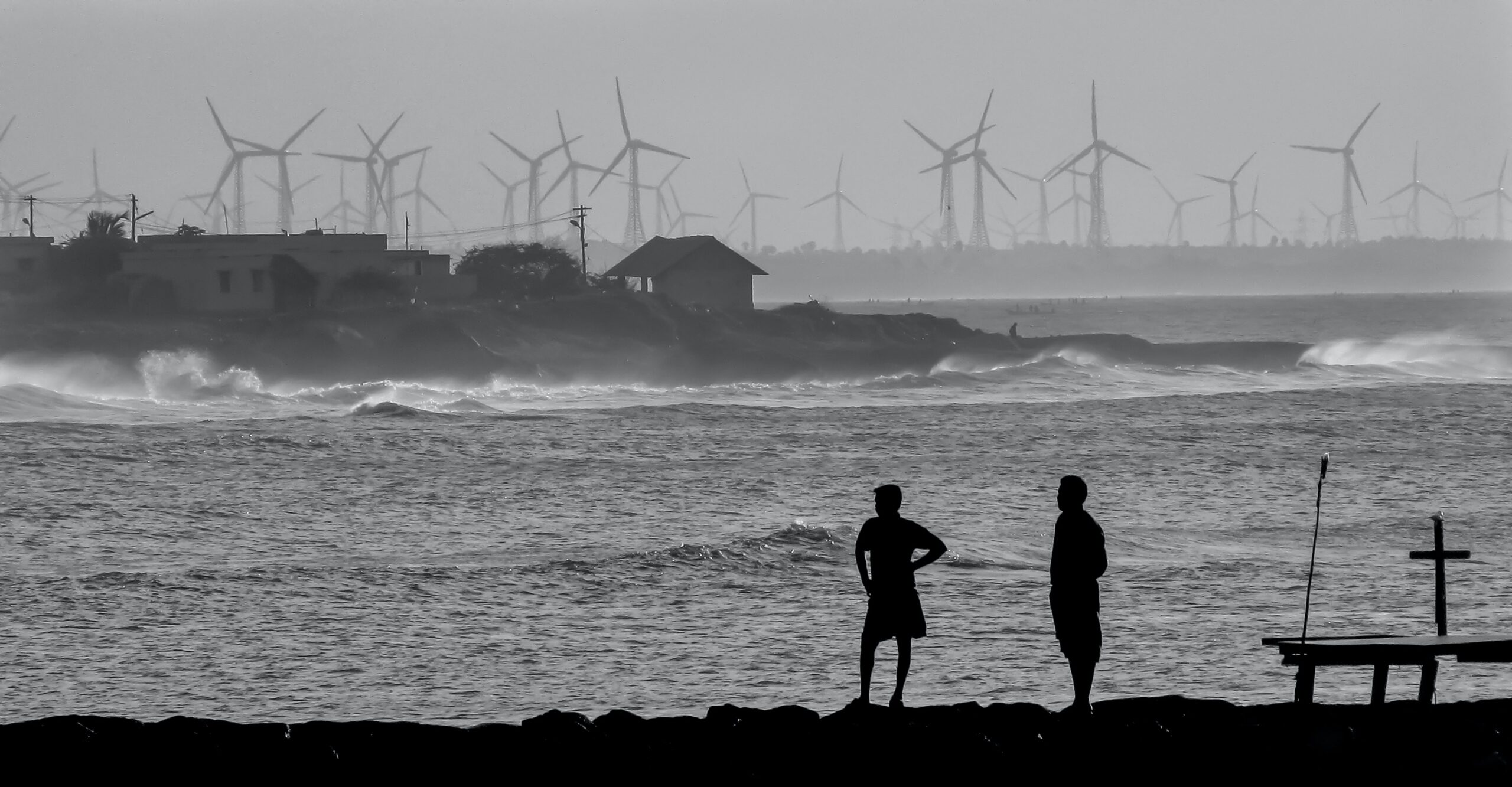 The Union Budget 2021 is here. Unsurprisingly, the shadow of COVID-19 loomed large over the budget as Minister of Finance Nirmala Sitharaman presented it this Monday. The “get well” budget focused upon taxation reforms and increased spending in healthcare. In fact, the Economic Survey highlighted that with reforms and rebound activities, the economy could go “past its pre-covid level in two years.”

At first thought, a “pre-covid world” sounds exciting. But, it was also a world that was marked by intense fossil fuel consumption, pollution, and expanding carbon footprints. So, when countries began prepping for economic recovery amidst the pandemic last year, the United Nations and other international organisations reiterated that stimulus packages ought to ride on large investments in clean energy, instead of fossil fuel industries. This, they had suggested, would kill two birds with one stone by stimulating economies and accelerating clean energy transitions.

For India, such a recovery would have gone hand in hand with a deadline that is almost upon us. By December 2022, India had set itself a target of developing 175 GigaWatt (GW) Renewable Energy capacity across the country. Of this, we had aimed to reach 100GW in solar energy, 60GW through wind energy, and the remaining 15GW through bio and hydro energy.

In reaching this target, solar’s lesser popular cousin, wind energy, seems to be doing better. As of March 2020, while  34% of the solar energy target capacity has been installed, almost 38 GW of the 60 GW installation target (63%) has been met. For a country that has over 300 GW potential of wind energy, a boost in this sector while ensuring minimal socio-environmental impacts during its expansion could contribute to a greener future.

As we move into the post-COVID-19 phase and towards an upcoming deadline, what does the Budget 2021 say about the wind energy sector?

“The government’s focus has been more on solar [energy] than wind, even though the latter has been performing better in reaching the 2022 target,” says Sandeep Rai, a renewable energy policy analyst for the past 16 years. The budget estimates of grid interactive wind power—or power generation systems that not only consume the same power that they generate but can also feed the power into the grid—reflect the same. While budget expenditure estimates for solar have gone only upwards by 10%, those for wind energy have seen a fall by 18% this year.

In yesterday’s budget speech, the government has also placed solar in the limelight, yet again, by announcing a hike on customs duties for solar inverters and lanterns. This move is said to discourage imports and promote indigenous manufacturing and employment generation. On the other hand, the wind sector received no mention.

In fact, this push and preference for solar energy over wind can also be witnessed in the budgets allocated for research in these sectors.

A Cut-back On Wind Energy Research?

To encourage research and development in various renewable energy sectors, India has three autonomous institutes operating under the Ministry of New and Renewable Energy (MNRE): the National Institute for Wind Energy (NIWE), and its counterparts for Solar (NISE) and Bio (NIBE) energy. The many functions of the NIWE include identifying resource-rich areas in the country, carrying out skill development, training, and certifying wind turbines.

Comparing the amounts allocated to both this year shows that the NIWE has had more funds allocated to it. But, this year, the NIWE has been allocated 9% less than FY 2019-20, which was the first time the institute saw a union budget allocation at all. Set up in 1998, the NIWE was formerly known as Centre for Wind Energy Technology but did not make an appearance in the budget earlier. NISE, on the other hand, has seen an increase in allocations from previous years.

“Government-led research and development within wind are reducing, which is not good for the sector. In recent years, NIWE has focused mostly on the certification of wind turbines and plays the role of a mediator in policymaking, like an extended arm of the MNRE. Though some private players have entered into R&D to improve efficiency, their services come at a fee, which means that only financially stable companies are able to make use of it,” says Rai.

However, there was a common dip in allocation for FY 2020-21 for the two institutes. NIWE was allocated a meagre ₹1.50 crores from the previous year’s ₹23 crores, a fall by 93%, while NISE had seen a lesser decline of 61%. “The fall in allocation could be because the NIWE is also expected to earn their funds by doing commissioned research for the Ministry of Power or MNRE,” says Rai.

Apart from the 38GW achieved, 9.2GW more wind projects are in the pipeline and 1.2 GW are being bid for, as of March 2020. The journey to the 2022 renewable energy target thus, still has a lot of distance to cover. “No matter the amount of expenditure allocated in the budget, the wind sector needs the government’s support to limit the economic uncertainties of the sector and make it more reliable for those investing in it,” Rai says.

But, why are investors uncertain about wind energy in India?

The Troubled Financial Health of DISCOMS

“In fact, even banks and financial institutions are not confident in financing renewable energy projects, including wind,” says Rai. Even before the pandemic struck, major Indian renewable energy companies like Inox Wind Ltd and Suzlon Energy were battling debts of over 1000 crores.

Post-2016, the wind sector saw its biggest game-changer—the introduction of reverse bidding. Earlier, project developers who wanted to generate and integrate wind energy into the nation-wide power grid were paid fixed prices for generating electricity. But, in a bid to encourage competition between companies in the sector, the government introduced reverse bidding, wherein tariffs for power generation could be decided through competitive bidding. In the first-ever auction held for wind energy, the tariff arrived at was a low ₹3.46/unit.

Now, with developers and investors being paid low amounts for generating wind energy, they need to work harder to break even and make profits. And so, they seek to set up their wind projects in high wind speed states, where higher speeds can guarantee that power will be generated and their business stays financially viable. With this, most developers have been rushing to India’s two high wind speed states—Gujarat and Tamil Nadu—where most of the available revenue land has been utilised already. In this process, delays in procuring lands and conflicts with local communities have become common.

Making matters worse for power developers, “In many cases, the government is arm twisting private developers to reduce these tariffs even after the auction is completed,” says Rai. His remarks concur with recent developments in Gujarat, where Gujarat Urja Vikas Nigam Ltd (GUVNL) cancelled an earlier auction from September 2020 of two Solar Parks in Gujarat where the tariff discovered was between ₹2.78 and ₹2.81 per unit. GUVNL asked the winners to reduce their tariffs further, and when they did, GUVNL was still left unsatisfied. Then, in a re-tender in December, the tariff plunged to as low as ₹1.99 per unit, to which GUVNL gave a green signal. A similar case happened with wind auctions the previous year.

“A lower tariff also means compromises on quality and compliance parameters by the companies to justify their return on investment and secure project financing,” says Rai. Cheaper, lower quality products and unpredictable weather can have grave impacts on wind generation, especially in the face of monsoons, and frequent cyclones.

In 2020, when a series of cyclones hit the country’s coasts, developers were forced to shut turbines to prevent damage. As a result, in 2020 when the windy season was longer than usual, the amount of electricity generated through wind ended up reducing. In such cases, one alternative for the wind power sector is to “repower” wind farms, a process to replace the smaller turbines with larger, more efficient and more expensive turbines—an investment that not many developers are keen to make in a business where they are already facing losses.

In all, while the sector could gain from more budget allocations, its success would be unmet without support for developing better infrastructure, making it financially reliable for developers to invest in. “The government has to shift focus from bringing down tariffs to giving investors and developers a sovereign guarantee to reduce uncertainties in this sector, and make it beneficial for them,” Rai says.

In all likelihood, reaching the 2022 target for the wind sector seems like a far cry. But it’s high time to pause, look back at this sector’s developments and take account of why reaching the target would be tough. For a cleaner, greener future, the wind energy sector not only needs money but also reforms to handhold investors, while making it a viable business opportunity.