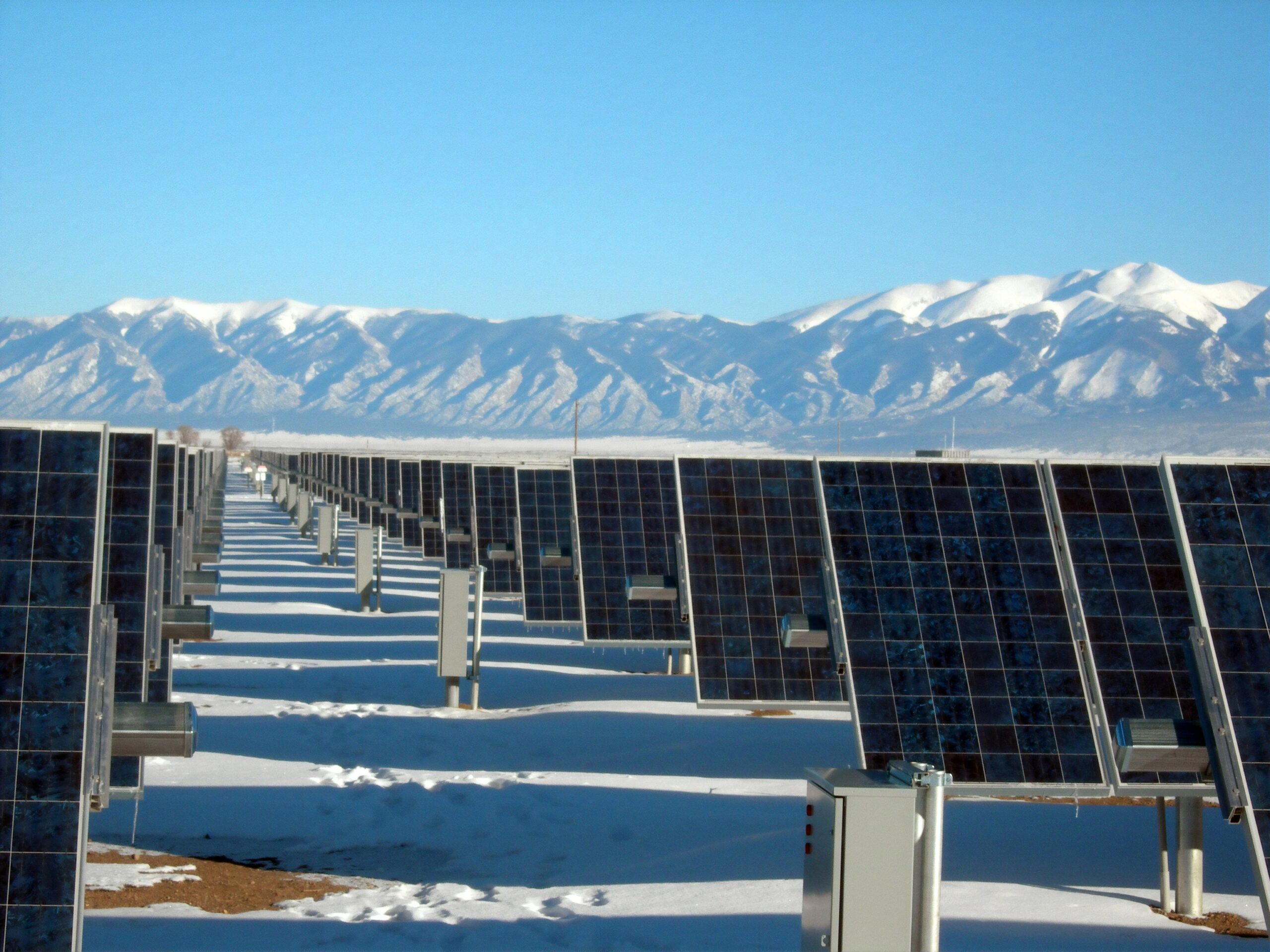 There is a video that has been doing the rounds amidst this coronavirus frenzy. It shows how the American news channel Fox News has shifted its coronavirus rhetoric. From its reporters and guests initially saying “the more I learn about it [coronavirus], the less there is to worry,” to after a few weeks, shifting to “we are facing an incredibly contagious and dangerous virus…” Now, this trend of taking something lightly and thinking it’s a myth, to then slowly understanding its grave consequences sounds similar to trends in another emergency that scientists have been warning us about for a while—climate change.

The similarities between the two, though, perhaps end here. The coronavirus storm will (hopefully soon) blow over. But the climate change emergency is here to stay. And I say this despite the hopeful news of lowering carbon emissions across the world, and wildlife taking over canals and cities.

There is a question that needs to be put forth: In the post corona world, as economies get back on their feet, how is climate change action going to be impacted? Lessons from different global sectors hint towards worrying answers.

Oil Prices in a Slump

As countries impose travel restrictions and lockdowns, a significant impact is being felt on international oil prices, as coronavirus led to reduced international demand for crude oil. Consequently, oil prices slumped to a 17-year low. While in the short-term, the shrinking demand for oil and diminishing carbon emissions seems like good news for the planet, the long-term impact of these trends isn’t as promising.

As history shows, once economies recover, the emissions and pollution levels will bounce back. This is what happened post the 2008 recession, where once industrial activity, travel, and consumption gained speed again, they cumulatively offset any short-lived benefits to the climate. And so, carbon emissions grew steadily over the years. Worryingly, the International Monetary Fund is calling the current economic crisis “a crisis like no other” and “way worse” than the 2008 recession. As industries receive a much stronger push to revamp the economy, we may be looking at even larger “bounce back” of emissions.

China should especially brace itself for the re-emergence of carbon emissions, as restrictions on companies in the manufacturing sector can already be seen to be easing out. After a deep contraction in manufacturing in February, Chinese data–in terms of an index called the Purchasing Managers Index (PMI)–disclosed that from March onwards, industries were back in business.

From 37.0 in February, China’s PMI jumped to 52.0 in March; anything above the value of 50.0 indicates that businesses are expanding. As Chinese industries roar once again, it won’t be long before carbon emissions bounce back too.

Out of these, one industry that should quickly get itself working again, is China’s solar industry. When this industry stalled during the coronavirus hit, it caused a ripple effect in solar markets of countries across the globe, including India.

Now, China is the leading exporter of all things solar, in terms of investments, installed capacity, and manufacturing of solar panels. Such is China’s dominance in the sector that in 2018, amongst the top 10 companies in the world that manufacture, export, and supply solar panels and modules, China comfortably occupied the first rank, and dominated the rest of the rankings too.

Additionally, China’s dominance is also in terms of domestic production of solar energy. Against the global demand for 30-35 GW of solar power in 2012, the available supply in the world was 50-60 GW, where most of this was generated by China.

So, when China locked down production of industries due to the coronavirus hit, much work on the solar and even wind front in other countries, including India, came to a halt. Now, as the lobby group National Solar Energy Federation of India submitted to the Ministry of New and Renewable Energy, solar projects in India are facing project delays and have been pushing for extensions and waivers over previously agreed upon project delivery deadlines. It is quite clear that achieving India’s flagship target of 175GW of renewable energy capacity by 2022 will be a major challenge thanks to coronavirus.

You May Also Like: Eternal Sunshine of Spotless Energy: Domestic Growth Through Safeguard Duties?

To give relief to companies, India’s Ministry of New and Renewable Energy (MNRE)  decided to treat these delays as “force majeure” which is when unforeseeable circumstances prevent the fulfillment of a contract. With this, companies can escape the penalties which would have been imposed for a three-month delay in the commissioning of a project, and a downward revision in tariffs for those projects delayed further.

Another impact of the coronavirus crisis could be CSR fundings in the environmental space.  Recently, the Ministry of Corporate Affairs announced that funds spent on measures to tackle the coronavirus outbreak will be counted towards the corporate social responsibility (CSR) activity of companies. This timely and important move may have an unintended consequence. As funds for CSR get diverted (rightly so) towards tackling the crisis immediately at hand, it is likely that funding intended for other sectors, including environment and climate action, would temporarily be withdrawn. This will be a blow to the already dismal CSR funding of ‘Environment, Animal Welfare, Conservation of Resources’—between 2014 to 2018, only a little more than 8% of total CSR funding in India was spent on the said areas.

The funding of climate action projects could suffer due to another factor. As the global economy struggles to stand on its feet again, companies that are hurting might delay or even cancel climate-friendly policies that require an upfront investment.

The flow of global funds, and the nature and purpose of their use in mitigation and adaptation projects, amongst other things, also takes shape in international negotiations and talks. But in the present scenario, it looks like most such climate talks stand postponed.

In view of the spreading coronavirus, the United Nations Framework Convention on Climate Change (UNFCCC) in early March declared that from 6th March till the end of April, the UNFCCC secretariat will not hold any physical meetings.

Due to #COVID19, the COP Bureau has decided to postpone the UN Climate Change meetings of the Subsidiary Bodies (SB52) until October 4-12, 2020.

The scheduled 17th meeting of the Adaptation Committee took place virtually. The agenda included discussions on the overall progress made in achieving goals of enhancing adaptive capacity, strengthening resilience, reducing vulnerability to climate change, amongst others. These discussions were streamed live on their YouTube channel.

But this change has also led to the postponement of other meetings. The Conference of Parties (COP 26) which was to be held in November 2020 in Glasgow, has now been postponed to 2021. This meeting was important in particular, because as enforced upon in the 2015 Paris Climate Change Agreement, it was supposed to spur countries to revise and strengthen their targets for the reduction of greenhouse gas emissions.

Negotiations, discussions, and talks which would have enshrined goals in climate mitigation and adaptation have decelerated with the COVID situation. That this would slow down our fight against climate change can be observed if we put things into perspective: it took 20 such conferences for countries to negotiate the landmark 2015 Paris Agreement that pledges to keep global average temperatures from rising well above 2 degrees celsius. Now as meetings go virtual and even get cancelled, our fight has become temporarily weaker.

How do we move ahead?

There is still an optimistic side to this, a lot of which depends upon stimulus plans that governments will come up with to counter the economic damage from coronavirus. As the International Energy Agency states, “these packages will offer an excellent opportunity to ensure that the essential task of building a secure and sustainable energy future does not get lost amid the flurry of immediate priorities.”

For instance, if these stimulus plans majorly focus on infusing fossil fuel industries with funds, we may be solving one disaster while simultaneously fueling another. In a country like India, which already has 22 of the 30 most polluted cities in the world, this could be a huge step against climate-friendly policies.

To tackle this, the IEA suggests that to stimulate and boost the development of the global economy, large scale investments should be made in clean energy technologies, which would bring the “twin benefits of stimulating economies and accelerating clean energy transitions.” That investments in low carbon and climate-resilient growth can also lead to economic growth is not as questionable anymore. Bold climate action could yield a direct economic gain of USD $26 trillion by 2030 compared with business-as-usual, according to the 2018 report of the New Climate Economy 2018, a flagship project of the Global Commission on the Economy and Climate commissioned by 7 countries.

“Soon, economies will restart. This is a chance for nations to recover better, to include the most vulnerable in those plans, and a chance to shape the 21st-century economy in ways that are clean, green, healthy, just, safe and more resilient,” UN Climate Change Executive Secretary Patricia Espinosa said in a recent statement. Now as the world economy has been presented with a restart button, it will be in the best interest of the planet as well as the economy to focus more on cleaner, low carbon, and climate-resilient growth. Only then, would climate change actions find their rightful space in the post coronavirus world.

Featured image courtesy of Science in HD on Unsplash