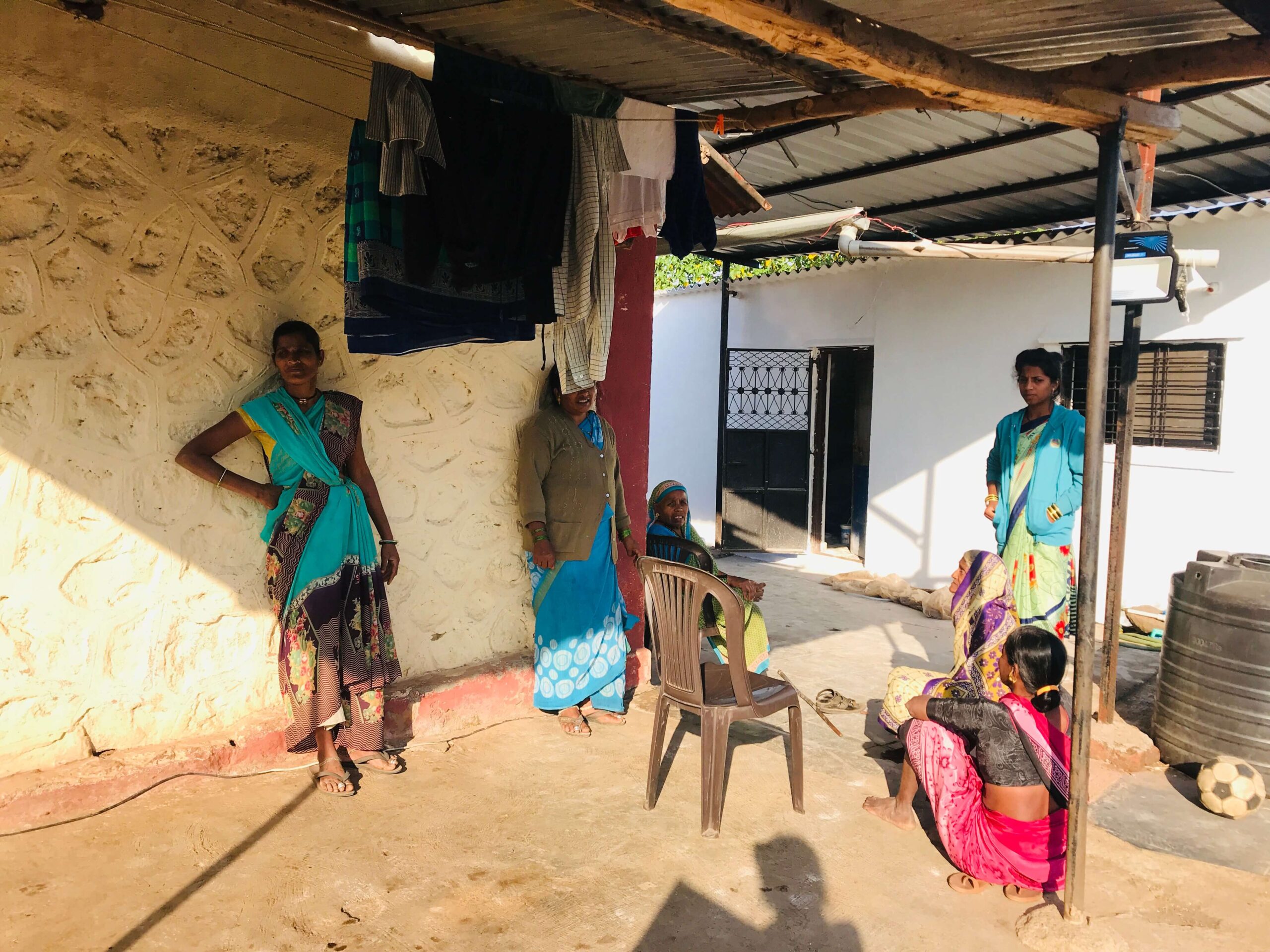 Kolwan is a small village in Mulshi taluka, of Pune district in Maharashtra, It is a village where a narrow path from the main road leads you to a big tree, surrounded by men wearing dhotis and shirts, and a small temple right next to it where old ladies sit and pass their time. A small school with tin sheds finds itself along an alley where houses hold farms and cattle sheds. 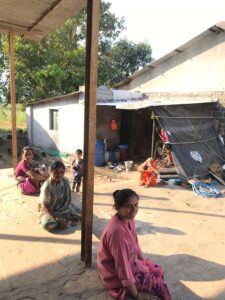 Kolwan is a place where women claim to know about the several side effects of the coronavirus vaccine, a place where people mingle without masks and carry heaps of faith instead of sanitisers to ward away COVID-19. As simple and naïve as it sounds, vaccine hesitancy persists in many villages like Kolwan, and even in small urban communities or localities of Pune city.

As of 13th July, India had administered 37,73,52,501 vaccines, which account for 5.20% of the entire population. This number, albeit large and commendable, barely accounts for the rural population. The story of vaccination in rural India and smaller urban communities is one filled with myths and misinformation. A person living in urban India is 1.8 times more likely to receive a shot of the COVID-19 vaccine than their counterpart living in the rural hinterland; this is of grave concern for 65% of the total Indian population who reside in rural districts. An urban resident is also more likely to be informed about the ‘how’, ‘what’, and ‘why’ of the vaccine. The government has definitely made efforts to inform the nation about the vaccine, the dosage, the timeline, and the symptoms, however, the information has been too frequent with several changes. This leads the maximum population to question and doubt the entire process, starting from being informed to being vaccinated.

Even after the havoc of the second wave through April and May, rural communities and smaller urban clusters still suffer from misinformation, myths, a glaring digital divide, and the basic lack of guidance in terms of getting vaccinated. The Public Health Center in Paud (another village in the same taluka as Kolwan), around 25 kilometres from Pune, has been able to vaccinate individuals in and around it. Nurses complain that there aren’t enough individuals coming from nearby villages. Villages like Kolwan, Dongargaon, Hotale, Chande, Chale, Hadashi, and many more choose to live in their villages and avoid getting vaccinated at all.

Shevanta Manjunath, who works as a cook and a gardener at some farmhouses in Dongargaon, asks, “Why should I even take the vaccine? My husband and I are fit, Thank god! My children are safe and we don’t even go to the city, the virus is all in the city anyway, so we don’t need to take it. Also, people are saying that if you take the vaccine, it’ll make us sick for 3-4 days after I have to give up four days’ worth of income when we are all completely safe, that’s just absurd to me”

The vaccination drive is still a distant reality for most rural communities. Many individuals do not want to take the vaccine as it is a difficult process. The inordinate number of questions and challenges faced by people in rural and urban communities of Pune points towards an elitist process of vaccinating individuals. Where technology is being used to register a spot and spread awareness about the same, it completely ignores the reality that many individuals do not have a smartphone; those that do are unaware of how to book a slot or find relevant information. The nearest PHCs for most of the villages are 5-8 kilometres away; many individuals living in villages can’t afford to use public transport, while some of them do not own their own vehicles and have to move on foot. Distance and technology have become the most prevalent barriers.

Although vaccination numbers are going up, there still exists a majority of India’s population that is outrightly refusing to get vaccinated. These myths are mostly getting passed along through messaging apps and social media. “I don’t know much about all this,” says a 32-year-old Sunita Jhole from Kolwan when asked about taking the COVID-19 vaccine. “My mother-in-law says the vaccine can make me infertile and my husband impotent… We don’t know what the reality is, but we are not at the liberty to take risks. My husband goes to the city sometimes — he says most people in the city are taking it, but the rich ones, if this vaccine causes some problem in their body, they have the money to fix it, we don’t, so we don’t want to take the risk,” says the mother of two.

The PHC at Mulshi has made several efforts at communicating the importance of taking a vaccine and how the nurses and doctors on call would help them. However, Not many seem to have received this information. A local government officer, from Mulshi, says “People from Pune, who are unable to book a slot in the city come to this PHC. We are particularly having a problem busting the myth with respect to the reproductive system being affected by the vaccine… Most women are scared and unaware. Medical officers here have been visiting villages and sharing information but I think what will work is for one of them to take [the vaccine], and act as flag-bearers for their communities.”

On Hesitancy in Urban Localities

Similarly, various urban communities in Pune, where a majority of the households are employed in the informal sector and earn below 15 to 20 thousand a month, seem to be facing the same problems. Someshwarwadi, a local community in Pune with a high density in population, located around the Someshwar temple, right in the middle of the city has also been a victim of these myths. “I don’t know how to book a slot for vaccination, I don’t know where to go for help and I don’t even know where walk-in vaccinations are available,” says Sangeetha, the owner of a small grocery store owner and mother of three from Someshwarwadi. “Most vaccination information is word-of-mouth, and I am unsure who to believe. I also cannot leave my shop for so many hours and go from one hospital to another… there should be a simpler way to do this! With schools shut, I have to take care of my children and make sure they are studying,” she adds.

These concerns are multifarious and indiscriminate in terms of who has them. In their views, the simplest step for them is to avoid taking the vaccine, and any risks associated with it. Lamhan Tanda, another community in Pune, away from the hustle-bustle of the city, yet sits between two crowded and cosmopolitan localities, has similar questions. This community consists mostly of Lamani people, with families working in the informal sector living in cramped houses, each having 10-12 members. Chiman Rathore, a father to seven daughters from Lamhan Tanda says, “I don’t know what’s in the vaccine — what if it affects my family or my own health? What if there are long-term consequences [the government] is not telling us? We cannot read or write, so I have to trust who can, but there are so many different people sharing information, so whom am I to trust? One man from my community said everyone who takes the vaccine will die in 2 years. Why should I even take the risk?”

Along with this, individuals from rural and urban communities shared two common fears. One was of contracting the virus at vaccination centres itself. The second, echoed by the women, was that if they fell sick, “who would take care of the house, in-laws, children and [our] husbands?”

Vaccinating a nation of 1.3 billion people is a herculean task, but India has implemented national immunization campaigns with relative success in the past. The need for a fast-paced and widespread rollout post a raging second wave of the COVID-19 pandemic has created unprecedented challenges. Every community has its own myths and pieces of misinformation which need to be addressed and corrected by medical officers and doctors.

To get a better understanding of vaccination acceptance, uptake and hesitancy,  7 NGOs — the Akanksha Foundation, Apnalaya, FMCH, Magic Bus, Sneha, Teach for India, iTeach — conducted a survey with poor urban communities in Mumbai and Pune between May and June 2021. Some results have been presented in the following tables.

Vaccine hesitancy can be better understood as a spectrum instead of a binary. “The spectrum ranges from deniers (who believe that COVID doesn’t exist), to disbelievers (who require greater incentives), the fearful (who are fence-sitters), and onto the constrained (who do not know how, or where to get the vaccine). Each of these requires disruptive, direct, and positive messaging strategies of their own,” says Saurabh Taneja, the CEO of Akanksha Foundation. Identifying each community member on the spectrum makes it easier for the doctors, medical officers, social workers, and political/religious leaders, to approach them and work towards moving them towards the pro-vaccine group.

Given the vaccine shortages that have been reported across the country, high-risk populations and potential “super-spreader” groups need to be identified and inoculated on priority. Substantial sections of the general population remain unaware of most flagship schemes of the government, so local governments, health workers, community, political as well as religious leaders will have to be deployed and incentivized for raising awareness and vaccinating the most vulnerable.

India’s COVID-19 vaccination rollout has a national gender gap of four percent in favour of males, and available data shows that only four states have a higher female-to-male vaccine dose ratio. States such as Delhi and Uttar Pradesh have a male-female gap of more than 10 percent. Anecdotal evidence suggests that many smaller towns and villages are seeing a shortage of vaccine doses for their domestic population, as people from urban areas have been getting inoculated there, taking advantage of the first-come-first-served principle of the COWIN portal’s online registration. Apart from the visible equity concerns, such gaps in vaccine delivery may allow for the virus to mutate within unvaccinated people and the emergence of new variants in urban areas.

Multiple approaches for the urban poor and rural communities need to be addressed and resolved at a personal level. The digital or gender divide must not be allowed to translate into a vaccine divide. Immunizing a critical mass of citizens needs a localized strategy, be it for residents of an urban basti like Someshwarwadi, or a rural village like Kolwan. Instead of one-size-fits-all pamphlets and awareness campaigns, local authorities and NGOs need to listen to people like Shevanta and Chiman, address their concerns, and equip them with the correct information to make responsible decisions for themselves and their families with regard to the coronavirus vaccine.