THE BASTION
Home Politics & Education The Final Verdict: Our Judges Need to Be Trained Better 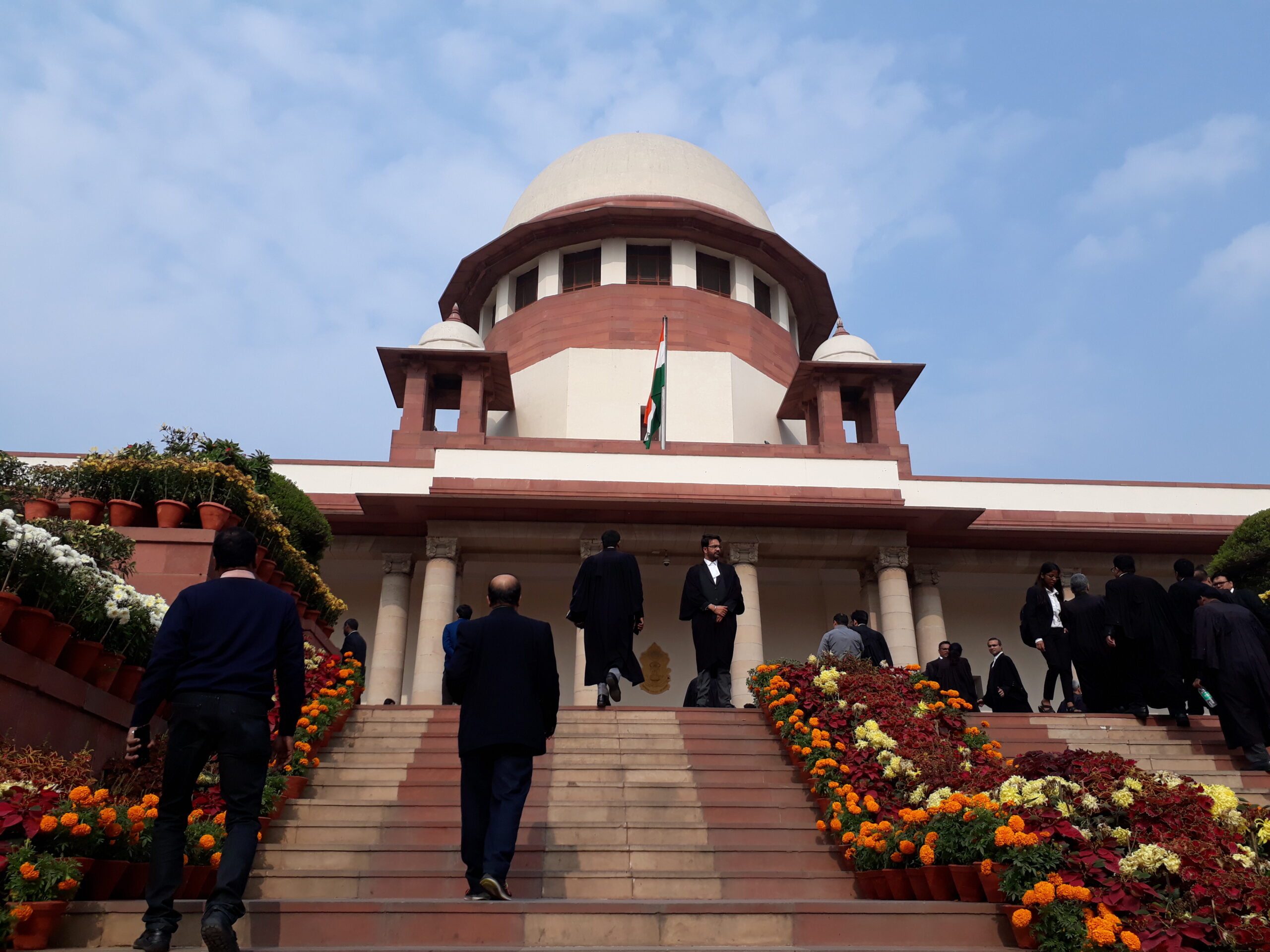 Trends in the interpretation and application of the law by the judiciary have a huge impact on how society views itself, and ultimately, its growth and development too. In some ways, the judiciary plays a role in educating the country on the legal foundations of governance, through guiding our social and constitutional morals.

It is thus crucial to deliberate on the education and training provided to these legal educators: namely, judges. Unfortunately, despite glaring shortcomings, questions over the specifics of the selection process for judges, and the training that follows in judicial academies, are seldom put to scrutiny.

Presently, most states follow a three-stage selection process for appointing judges to the lower levels of the subordinate judiciary (the trial courts where legal proceedings are first heard). This process includes a preliminary examination, the main examination, and an interview. Anyone between the ages of 21-30 with a basic law degree is eligible to take these competitive exams.

This means that a fresh law graduate, with no legal experience whatsoever, could also become a civil judge or a judicial magistrate. This makes them responsible for deciding civil or criminal matters (with limited jurisdiction)!

However, since people often don’t pursue cases at the lower levels through appeals, the judge’s decision on a matter ends up being final. These courts are also the first that take cognizance of investigations, or grant bail. To issue either again requires a deep understanding of the law.

If promoted, it is the judges from these lower posts that could form the higher judiciary. It is clear then that the appointments made at the initial levels are of great importance, and selection must entail a rigorous, well-thought-out process. However, simply by cracking a competitive exam (with the help of dedicated coaching classes), one can essentially be assured of a seat in the judiciary!

Little literature is available that analyses the curriculum and effectiveness of these exams.  Vidhi Centre for Legal Policy, a leading India-based legal think tank, criticised the straight-forward law-related questions asked in these papers, and noted their failure to test the candidates on their practical and analytical understanding. In stark contrast to the Indian case, France follows a rigorous examination process involving multiple theses and case analysis, as well as role-play, debates, and presentations on a variety of social and legal topics.

In the past, the age requirement for appearing for the judicial service examinations has also been a major topic of debate. Initially, any experience that helped a candidate familiarise themselves with Court conduct was considered too valuable a practical learning experience to replace with mere textbook learning at university. However, in 2002, the Supreme Court decided against the pre-existing 3-year practice requirement, and allowed entry to fresh graduates even at the young age of 21.[1]The rationale was to attract bright young individuals before they got swayed by more lucrative career paths. And so, skills are overshadowed by exams, yet again.

Shortcomings in Education and Training

Now, to compensate for this lack of practical experience, a mandatory training period for selected candidates was introduced. Judicial academies were set up in states offering continuous justice education and training. However, these academies have failed to meet their ideals on various counts.

Firstly, legal skills should not be considered synonymous with judicial skills. Unfortunately, both the selection and training primarily focus on the knowledge of the law. While the academies set out to make up for lacking practical experience, studies suggest that the State Judicial Academies (SJA) fail to offer adequate vocational training.[2] As a result, even after completing training at an SJA, a judge would have developed minimal skills in the application of judicial discretion, courtroom management, and other practical concerns like the problem of widespread falsehood in advocacy. Judges are likely to get caught up in the word of the law and procedures instead, and thus may fail at exercising their discretion to maintain a check on state power.

Well rounded development can be ensured in the academies by incorporating clinical and field training, wherein candidates engage in a clerkship with presiding judges. This is the case in China, where aspiring judges engage in internships.[3] Trainees can also be sent to government departments, laboratories, and hospitals to understand the impact of their judgments and increase their sensitivity towards the job.

Secondly, it is well accepted that neither the law nor the judiciary works in a vacuum. As society changes, the legal system must also evolve at a complementary pace. It is important to ensure that judicial bodies, which set the standards in the administration of justice, hold a holistic understanding of the social context in which laws are made, applied, and developed.

Such context is invaluable for judges who could eventually deal with cases relating to breakthrough social movements such as the declaration of the right to privacy, the decriminalisation of homosexuality, and sensitive religious matters.

Nevertheless, the curriculum and pedagogy of most academies fails to cover local cultures, socio-economic demographics, and gender issues substantially. Recognising this as a global issue, UN Women came up with guidelines for strategies that can be adopted to ensure holistic judicial training. Perhaps taking it one step too forward, Switzerland mandates that judicial officers spend short periods in prison disguised as prisoners to ensure a better understanding of prison conditions, and also grasp the seriousness of their work.[4]

There also needs to be specialised training to help trainees understand the nuances of the issues they specifically deal with. In general, judges should ideally have some technical know-how, and at least minimum expertise in psychology, sociology, and finance to be able to identify the prejudices that might influence their decisions, and deliver meaningful judgements.

Thirdly, the academies seem to have put little thought into the qualifications and training of the teachers themselves. Geeta Oberoi, a professor at the National Judicial Academy herself, pointed out the limitations in induction training offered to magistrates.

Oberoi emphasises on the need to sever the involvement of the high courts from the education and administration at the SJAs.[5] She presents this an essential change, considering that the high courts are often reluctant to change the flawed system that they studied in.

The academies need to follow a scientific method in education, with participative models and expert faculty. Presently, the academies rely heavily on presiding judges, who only act as temporary and guest faculty, with little attention on long-term involvement. While there is a positive change in this regard with the faculty-training model adopted with the National Judicial Academy, there is a long way to go in changing the modus operandi of the SJAa.

Fourthly, the academies need to evolve in their approach. The larger goals of the training and education for the judges need to be clearly identified so that they can understand the micro and macro ramifications of their job. For instance, instead of just learning to solve the case at hand, the judge needs to be aware of the larger shift towards victim-oriented justice delivery, as well as their role in disincentivising the filing of new cases.

Finally, no effective system has been put in place to monitor the performance of the academies. The SJAs are now expected to submit reports to the National Judicial Academy and they do try to follow the same participative model adopted in refresher training for senior judiciary. However, other than following bureaucratic processes, little is achieved through these reports. Surprisingly, even at the academies, the trainees are subjected to dwindling durations of induction training, and there exists little to no evaluation through examinations or otherwise. In any case, the trainees are highly unlikely to face the ramifications of non-performance at the academy. This results in neither the trainers nor the trainees taking the process seriously.[6]

The judiciary acts as the backbone of our democracy. Right now, it would not be surprising if the problem of mediocrity was found to be a bigger problem than that of corruption or maladministration. So, improving the quality of the selection and education processes for judges is of primary importance for our judicial system to function efficiently.

The State and the judiciary need to approach growth and learning as a continuous process and work on developing meaningful training programs for entry-level and senior judges alike. Educating its people can change the face of a country for the better. So, to change the face of our legal system for the better then, perhaps we need a careful reconsideration of the quality education provided to our judges too.

’tis the Season! Should Judges Work More and Holiday Less?

The Letter of the Law: For the People and Of the People?

To Live or to Let Live? River Cauvery Is Lost for Words

The Cauvery River is one that evokes strong visual