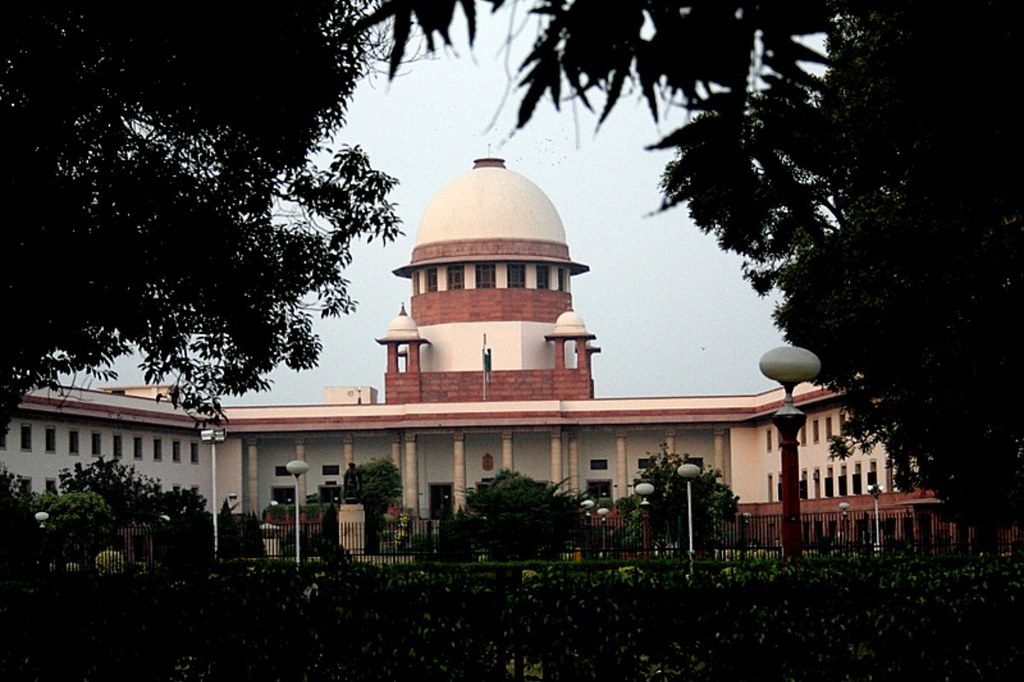 Without justice, everything else in people’s lives is on flimsy ground. The benefits of education, healthcare, environment, politics, and all else, accrue mostly to the elite and this growing divide will ultimately eat us up.

Unfortunately, a deep cynicism has set in as far as reform in justice is concerned. Senior judges in closed-door meetings profess helplessness, while senior lawyers, inhabiting peculiar ritualized worlds, seem oblivious to systemic issues. Researchers write about old problems in new ways, but as a society, there is a lack of understanding of how to move away from cynicism to a solution-based approach to justice.

The words ‘Justice’ and ‘Innovation’ sit together very uneasily. While it is easy to picture innovation in finance through digital payment platforms, innovation in education through Khan Academy or UpGrad, or even innovation in the environment through electric vehicles, innovation and justice just don’t seem together. The all-knowing senior counsel in his South Mumbai office raises a bushy-grey eyebrow, “What the hell is justice innovation?”

But such is the way of the world, that the legal fraternity seems impervious to the very innovation that it needs- in resolving a dispute, signing a contract, selling a property,  getting custody of a child, and so on. When the needs are real and the pain is immense, innovation will happen.

In the last five years, in particular, innovative approaches to law and justice have emerged mostly from entrants from outside the field. Over two million disputes ranging from loan defaults to road traffic violations have now been resolved online through partnerships between online dispute resolution (ODR) startups and state authorities. Over one million people have signed contracts online through their Aadhaar OTPs; over five lakh people in rural India have received support to access government entitlements thanks to civil society organizations; over fifty-million property titles across fifty-two cities are digitally indexed and verified. In fact, lawyers and litigants can track their cases online and even find past judgements to support their cases on a free and open platform.

A peek under the hood of most of the solutions above will show that technology has been instrumental in driving them. This is just the beginning, and technology will dramatically improve access to justice in the next few years. But the question remains, why would technology work in an area that has been impervious to it for so long? A domain where the lawyers, judges, power brokers, and agents protect their interests through archaic language, processes, and behaviours.

To understand why technology will succeed, one needs to look at why access to justice has failed thus far. Besides the widespread malaise and corruption in the legal institutions, there are three other reasons widely recognized as contributing to our being ranked 79 in the world for rule of law and 63 for ease of doing business.

First, the premium on expertise is a problem caused by the complexity of the law that renders it impossible to navigate the system. It’s hard to acquire this expertise and those who have it are few. Second, accessing the law is by itself a hurdle. Not only is the text of the law itself inaccessibly because of the content, but lawyers, government agencies, and courts are also hard to access. Finally, the lack of options to address legal concerns is a constraining factor. Hiring counsel or approaching a grievance cell seems to be the only two options available and having a ‘service’ or ‘product’ address your legal needs seem to be out of the left field.

In the hands of a creative innovator, technology can demolish each of the barriers above. It can unbundle expertise, provide immediate access to people and institutions, and create multiple product and service options, in ways that are completely unprecedented for the pre-digital society.

Expertise in Your Pocket

In 2003, Project Echo, a University of New Mexico (UNM) social startup, began connecting expert doctors in big cities with young doctors and healthcare workers in rural outposts. Putting patients at the centre, Project Echo used Zoom to connect a panel of experts at leading medical schools such as UNM with primary healthcare centres across the rural United States of America. The result was a dramatic reduction in the need for patients to travel to big cities, owing to the increased preparedness of local centres to handle such cases. In 2016, Project Echo was recognized under US law.

Project Echo demonstrated that by using technology, one can prepare less-experienced professionals to handle situations of great complexity. Technology has come a long way since then – moving expertise not just from the hands of expert professionals to younger professionals, but to the citizens themselves. Citizens should be able to ask on their phones, in practically any Indian language, a legal question like, “Is a sale deed all I need to prove my ownership of my house?” and get a clear response.

Projects such as Bhashini and OpenNyAI address the issue of translation between Indian languages, as well as the need to answer legal questions wielded by citizens. Innovators now have a wide range of technological possibilities when they are confronting a customer’s legal need – they can provide them with basic information upfront, connect to a trusted community member, connect to a lawyer, or connect to a legal assistant who can be supported by a lawyer- the possibilities are endless! As a result, there is a burst of new solutions putting legal expertise into the pocket of citizens.

It’s not just that lawyers, courts, and legal institutions are hard to understand, they are hard to even physically access. Where matters land up in the formal system, litigants are really worn down by constant visits, delays, and unmanageable expenses. The draft vision document of the Supreme Court e-Committee states that in the next 1-2 years, most courts and tribunals should have full digital capabilities. This would include portals for litigants to submit documents online and even appear for hearings online!

But even today, ODR technologies are already making a huge impact. Ajitesh is a young law student who also works at SAMA, a startup supporting the online resolution of disputes outside the courts using mediation or conciliation. Ajitesh is a ‘Case Manager’ who actively supports mediators as they settle disputes on the platform. He was so effective that in 2021, as he turned 21,  he was entrusted to lead the Maharashtra Online Lok Adalat that SAMA was facilitating. The Lok Adalat handled 18,000 disputes, with the total settlement value crossing  ₹14 crores in 17 days. Ajitesh and his team of fellow law students and technologists had to continuously listen to stakeholders and add platform features to solve problems on the go. “It was very demanding but also very rewarding,” he says. Ajitesh graduates from law school in 2022.

“A lot of people here are unemployed and they need MNREGA (Mahatma Gandhi National Rural Employment Guarantee Act 2005)”, says Archana, a 19-year-old from Samastipur in Bihar. She is captivated by Mobile Vaani, a mobile app through which people can share and amplify voice messages about the issues that they face in their communities. For instance, one such issue was the application for work under the National Rural Employment Guarantee Act of 2005.

Archana understood that many people were unable to take up NREGA work because they were unable to fill the forms needed to get job cards and/or were unable to register their demand for work. Using the forwarding features built into the Mobile Vaani app, she shared the grievances with NREGA officials such as the Rozgar Sewak and even the block programme officer. Thanks to her persistence, the Rozgar Sewak committed to organising a “Rozgar Diwas” every Wednesday at the Panchayat office to help people register under the NREGA. Like Mobile Vaani, solutions such as the India Labour Helpline and Haqdarshak are helping underprivileged citizens, or even disadvantaged lawyers, find solutions for legal needs that don’t entirely depend on the formal systems.

Even as the prowess of technology advances—from a simple connector to a powerful amplifier, and finally to an intelligent problem-solver—it is still fundamentally an enabler in the hands of creative innovators. It is the innovators that see that there is someone who can play a new role as in the case of an online mediator on SAMA, or spot an information gap that needs to be met, or recognise that there is a community dynamic that can be created to solve a civic issue, as with Mobile Vaani. It’s just that technology makes it possible.

Last summer I visited Kolkata for some work. I was at an SBI bank branch in a long line of all kinds of bank customers. There was a man, a migrant it seemed, who had to fill a bank form- it was clear that his grasp of written English was tenuous. He had to write the name of the bank branch on the form. He pulled out his smartphone and spoke the name into it- the Google voice assistant recognized it and displayed the branch name on the screen. He then copied the name directly. He solved the problem of not knowing how to write “Shakespeare Sarani”. For me, it was a reminder that we are only just beginning to see how technology is used — not just by innovators but the citizens themselves — to solve their needs, including their law and justice needs. Whether big-bang reform works or not, millions of creative new solutions will move us towards greater access to justice.