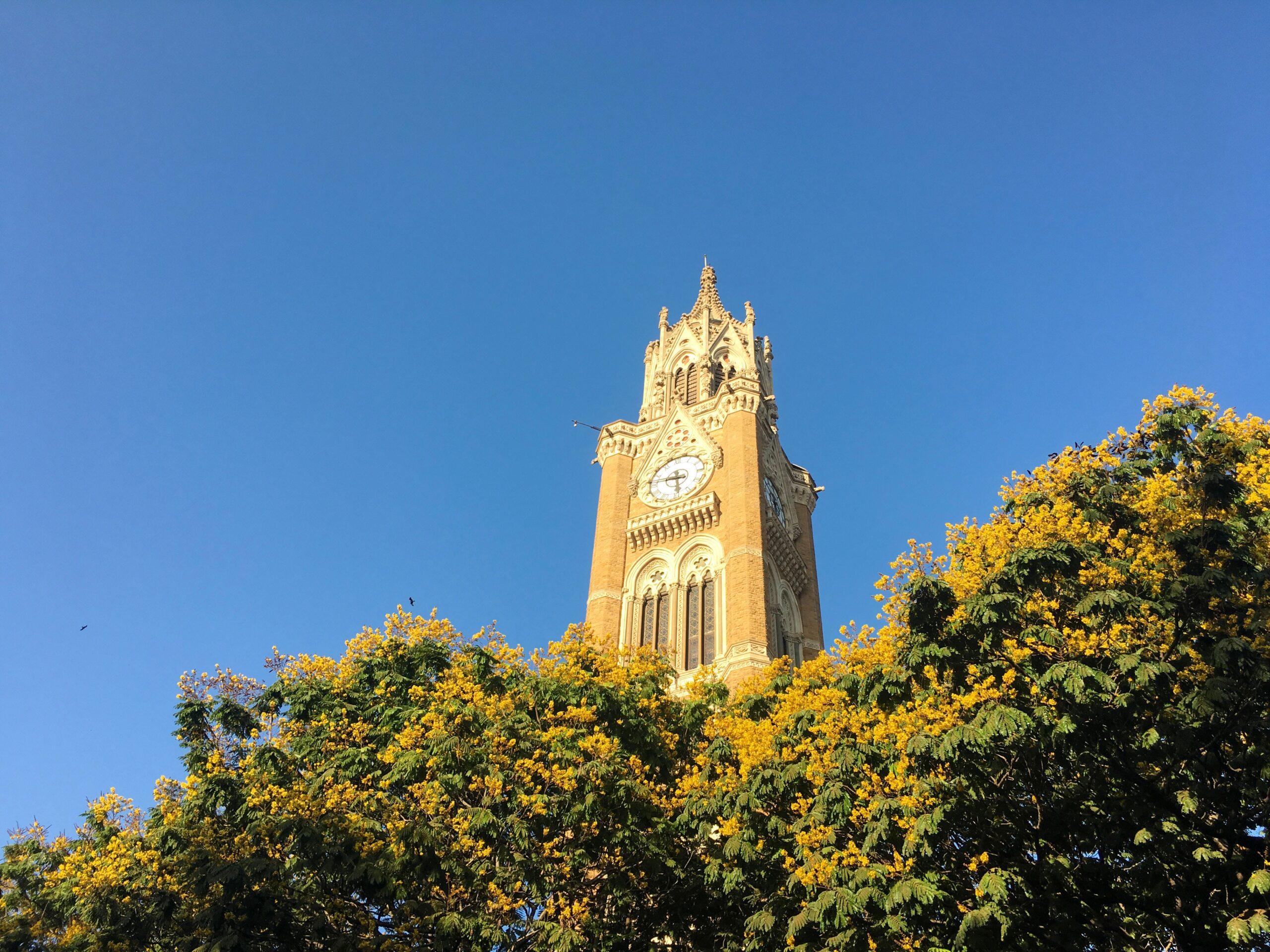 India with its culture of ‘Atithi Devo Bhava’ has been attracting foreign students for years. However, the government is now focusing on transforming India into a hub of higher education for foreign students. In her recent budget speech, Minister of Finance Nirmala Sitharaman announced the ‘Study in India’ initiative, to boost the country’s status of higher education.

#BudgetWithNDTV | “India has a potential to become a hub of higher education. I propose to start a program ‘Study in India’, this would focus on bringing foreign students to India in our higher educational systems”: Finance Minister Nirmala Sitharaman pic.twitter.com/rB52XLptr7

And so, Study in India, a joint initiative between Educational Consultants India Limited (EdCIL) under the Ministry of Human Resource Development (MHRD), was launched with the goal to increase the number of foreign students to 2 lakhs over the next 5 years. The government has approved an expenditure of ₹150 crores for the programme over 2018-20, which will be primarily used for brand promotion activities.

As part of the move, India will target students from countries in Asia and Africa. The scheme foresees the participation of selected reputed Indian institutes by offering 15,000 seats to international students at affordable rates. Students wishing to study in India will then have to take the IND_SAT (Scholastic Assessment Test) exam, which will act as a benchmark for them. From easing the visa process, to a sizable fee waiver ranging from 100% to 25% to students, the scheme marks a collective effort to make Indian campuses diverse. 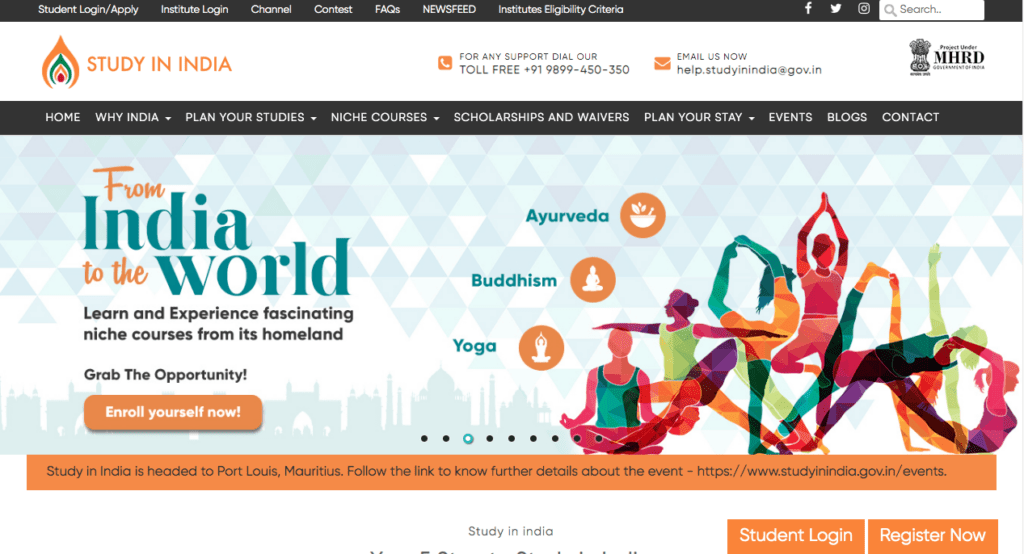 The ‘Study in India’ website also enables international students to obtain information about the 160 colleges and universities currently listed on the portal and easily apply for admission.The program mainly aims to strengthen India’s soft power by using education as a tool in the country’s diplomacy. This will boost the number of inbound international students in India, increase the contribution of global students in terms of spending, and widen the country’s market share of global education exports. It is expected to bring in revenue over time, reduce India’s import-export imbalance in the global education market, improve the overall quality of higher education, and boost India’s ranking as an educational destination. However, looking at the state of higher education in India, how feasible is all of this?

Too Many Hurdles: Are We Ready Yet?

Despite the government’s efforts, the question is: is India actually ready to become a destination for foreign students?

This question is apt as India still lacks high quality and competitive educational programmes that match up to international standards. The scope for innovation and developing strong practical skills are lacking in our university curriculum. This is an important reason for the low number of foreign students in India right now. It also explains why, despite having such a huge higher education system, India has very few quality educational institutions. While the number of institutions from countries like China, Hong Kong, and Singapore are rising in the international rankings, India, barring a few exceptions, has lagged behind.

This would explain why so many Indians themselves choose to study abroad. According to the All India Survey on Higher Education conducted by the MHRD in 2015-16, there were officially 45,424 foreign students in India, a very low number compared to the 5.5 lakh Indian students abroad.

The Study in India program is definitely ambitious – yet it may be overly so. How can a country that cannot hold fast to its students, plan to attract overseas students? What are the steps being taken for the country’s own students who prefer going abroad for better quality higher education? The government’s eagerness in offering seats and scholarships to foreign students first, rather than keeping its own students in India,is puzzling. 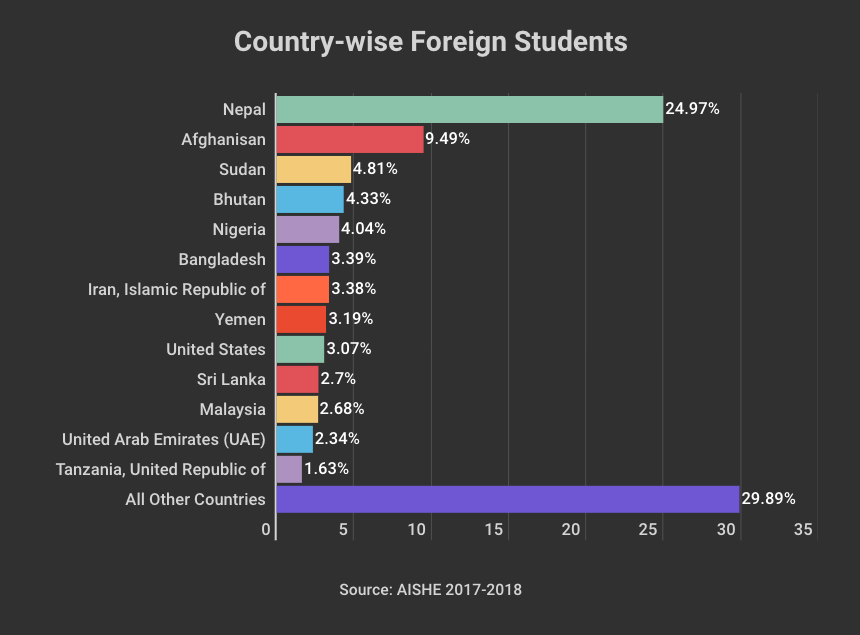 While it is important to invite international students to study in India, the country should first concentrate on rebuilding the infrastructure and quality of education, retain Indian students and then make efforts to attract international talents. If the Indian government can attract foreign students, then it can surely come up with a plan to retain Indian students, which should be the top priority now. In any case, how exactly is the government planning to accommodate the additional students from abroad within the system?

The MHRD’s Plan For Foreign Students In India

While India is the second country to send most students abroad, after China, surprisingly, the number of foreign students in India is only a fourth of the number of Indians studying overseas. The southern state of Karnataka is the preferred state for foreign students, accounting for 10,023 students in 2018, followed by Tamil Nadu, Maharashtra, and Uttar Pradesh. Some of the factors that bring these students to India include affordable quality education and scholarships, diverse culture, and the opportunity to learn English.

However, when it comes to attracting foreign students, factors such as superior accommodation, better campuses, cultural centres, and better food need to be given due importance. The government has taken heed to these factors in certain cases. Giving a major boost to the Study in India campaign, the Ministry of Commerce under its Champions Service Scheme (CSS) will fund the construction of state-of-the-art hostels in 20 educational institutions for foreign students to meet with infrastructural challenges. The HRD has also received ₹ 779 crores for the same and plans to spend a substantial part of the grant on building ‘International Student Centres’. More localised examples include Andhra University’s decision to construct a new ₹17 crore hostel for international students, in light of rising numbers of foreign students. The five-storied building will have a total of 160 rooms.

Yet, while the government clearly takes some productive steps in its hope for an influx of international students, one major factor for these students has escaped their attention: student safety.

Are Foreign Students Safe In India?

While Indians students have faced racism abroad, incidents of African students being regularly subjected to racism in India are well-known, with attacks on a young Kenyan woman and Nigerian students, both in Greater Noida, being key examples. “Student unrest is not a deterrent for India as a destination for foreign students but the violence can be. Our focus should be on showcasing learning, culture, political awareness, and opportunity in adversity,” said Himanshu Rai, Director, IIM Indore in a recent interview.

Jakob Lindenthal, the German student expelled from IIT Madras has a message for us all. pic.twitter.com/CxGnlKyfGK

Yet, violence in its different forms seems to be gripping India’s campuses of late. Recently, a German exchange student at IIT Madras was told to leave the country for participating in anti-Citizenship (Amendment) Act (CAA) protests. Campuses across India became the epicentre of anti-CAA protests, at times resulting in clear violence between the police and the students themselves. Violent clashes at Delhi’s Jamia Millia Islamia and Uttar Pradesh’s Aligarh Muslim University, both premier institutes, have added to the rising safety concerns raised by foreign students.

You May Also Like: No Country for Foreign Students

So, Study in India may experience a setback, if protests and violence continue at the behest of the state. It is more likely that such apathy would deter foreign students from coming to India for higher education, despite ongoing efforts to attract them.

A Long Way To Go

A lack of infrastructure and quality education, funding constraints, and weak support systems are some of the challenges restricting the Study in India initiative from being highly successful. Right now, India’s neighbouring countries are largely responsible for the inflow of foreign students. Nepal contributes to over a quarter of the international student population, followed by Afghanistan, Bangladesh, Sudan, Bhutan, and Nigeria. We need a more strategic approach to bring in students from across the globe. Carefully analysed and well-planned steps need to be taken to get the best possible results from the program.

Firstly, 32 countries are being targeted by India as potential destinations, but there is a need for awareness and capacity building on how the top universities like IITs and IIMs can improve their infrastructure to attract more foreign students. These top institutions need to pull their socks up and take ownership of rebranding in terms of quality of education, faculties, programs, safety, and infrastructure. Institutions must invest in making international students’ experiences good experiences, thus creating brand ambassadors for their programs in the process.

Secondly, bridging information gaps is crucial as the students look for indicators that can minimize their risk of studying abroad, considering the course fee, cost of living, and distance. Despite the extensive information available online, students will need counselling and a trusted source of information, to make informed choices. Investing in such services, across different languages, is also required for the program to successfully take off.

The Study in India initiative is a good start at improving India’s global education rankings and growing the economy, and it does address a few of the current shortcomings in the higher education sector. Yet, the country still has to address the multiple social, cultural, and logistical issues related to higher education for it to be truly successful.