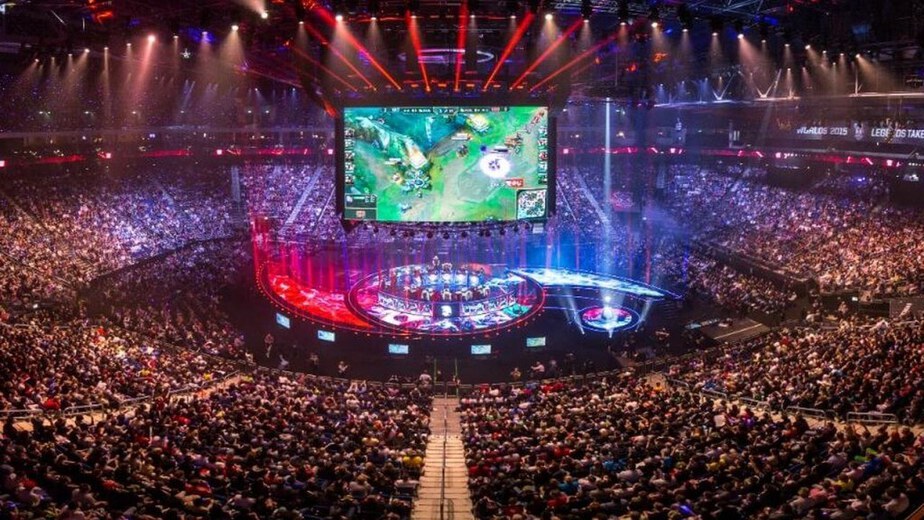 When ESPN first broadcasted “The International” in 2014, they were met with waves of criticism from their base audience. For the traditional sports fan, seeing a video game being broadcasted on the world’s biggest sporting network is short of a heinous crime. But with esports being granted medal status at the 2022 Asian Games, it is time we sat up and took notice of its rise in popularity.  But how can people sit in front of a computer screen and expect to be considered as athletes, right?

On Par With “Real” Sports

To the misinformed, esports represent a simplistic (almost trivial) hobby, at best.  The reality is that esports games are far more complex than most sports viewers give them credit for. Mark Cuban described League of Legends as playing “five-dimensional Chess against the world”. And he isn’t far from wrong. Combining elements of strategy with speed and dexterity, these games create scope for massive skill differentials. Success is not down to individual capabilities either; most major esports are team-based games which require constant communication.

And like any other professional sport, esports require positions to see strategies through. For instance, where football has midfielders, defenders, strikers, DotA has an equivalent role setup to fit players in. Captains and coaches form integral parts of esports teams’ strategizing, morale and in-game shot-calling.

Much like any other sport, each major eSport — be it Counter-Strike, DotA2, Overwatch, or the immensely popular League of Legends — separates every player into a segregated skill-system. DotA and “Starcraft” have a “Matchmaking Rating” system wherein points are awarded to players based on winning or losing games with different skill differentials. This is not arbitrarily decided, with top esports players (like “Faker”) clocking tens of thousands of hours to reach professional stature.

These games require tremendous skill to reach the top, with high calibre Starcraft players performing over 300 actions per minute. The effects of strenuous mouse usage during excessive gaming can lead to long-term health conditions, ranging from carpal tunnel syndrome to seizures. With timed usage, stretching, and maintaining a good diet and fitness regime,  these problems can more or less be nullified.

Many owners refuse to even consider signing players above 24, fearing their reflexes might decline. Esports players are no longer the skinny, socially awkward teens we imagine them to be either. Their steady inclusion into mainstream sports has created an emphasis on teams’ diets, fitness routines and endurance levels.

“Physical sports belong in the Olympics. I don’t think esports belong in the Olympics”, said American alpine ski racer and two-time gold medalist Ted Ligety, in an interview with Reuters. The biggest blockade that proponents of esports face is its institutionalization within conventional sporting bodies. Some athletes see its inclusion in the 2018 Winter Olympics as a discredit to their own training and efforts, which they deem to be more strenuous and competitive. Changing this bias in the perception of the minds of traditional sports enthusiasts is only possible by creating awareness about the level of skill, training, time and mental fortitude required to be a professional gamer.

From the inside, esports do not have a unified organizational structure. Because games are developed by different companies, each one takes its own approach towards managing its professional circuits. For instance, Valve runs DotA the way it deems fit, while Blizzard manages StarCraft on its own terms. For the longest time, DotA itself had no proper institutionalized circuit, and it was only last year when Valve decided to step in and formally implement one.

With the introduction of the ESL (Electronic Sports League) India Premiership, perhaps esports in India have brighter futures on the horizon. Still, at an individual level, cultural connotations associated with “being a gamer” prohibit and discourage many aspirants. That aside, internet connectivity issues, poor equipment, and a general lack of exposure prevent esports from being taken seriously within India. The Esports Federation of India is in charge of hosting qualifiers this year to select which teams represent the country in the upcoming 2018 Asian Games.

The primary server connection for the South East Asian region comes from Singapore. Coupled with an already poor state of ISP providers within the country, gamers in India are handicapped due to higher ping. The base capital required to becoming a professional gamer is much more than a sport like football, for instance. While football may only require a ball and a playground to initiate interest, esports require a computer with decent internet connectivity — privileges which only 20% of its rural population have access to.

Stephen Samuel, a professional gamer and CEO of Blitzone, identified other issues holding back the industry. “Since esports are in its infant stages, professional gamers don’t have the same level of protection that other athletes may have. The absence of proper agents and lawyers make them susceptible to being taken advantage of by organizers.” By and large, Stephen is optimistic about what he sees is as a sustainable and growing market.

Even breaking into an esports team is far from the streamlined processes in other traditional sports. Currently, recruiters pick top players from online leaderboards, which are implanted within each games’ system itself. The reason for this is simple: without sufficient money being paid to players outside the top tier (which involves 100 players at maximum), lower leagues fail to attract sponsors, money, and public attention.

But there are promising rays of hope for the esports community. Varsity esports in the United States has started to grow into a full-fledged competitive circuit, with the National Association of Collegiate Esports serving as the hub for these organizations. Having esports formally institutionalized in colleges will inevitably lead to a smoother transition to professional circuits. More than thirty colleges already offer scholarships to gamers, with The University of Utah having the largest program.

Whether we want to admit it or otherwise, esports are here to stay. And despite their meteoric growth in sponsorship and viewership, esports still struggle to stake its legitimacy amidst mainstream sporting events. Misinformed notions of video games (and gamers) prevent them from being taken seriously. The truth is that today’s ‘video games’ are nothing like Mario or Pacman; they possess complexity and require techniques that can rival conventional sports. Whether this suffices for esports’ sporting legitimacy on par with Olympic sports is a contestation we are far from seeing the end of.