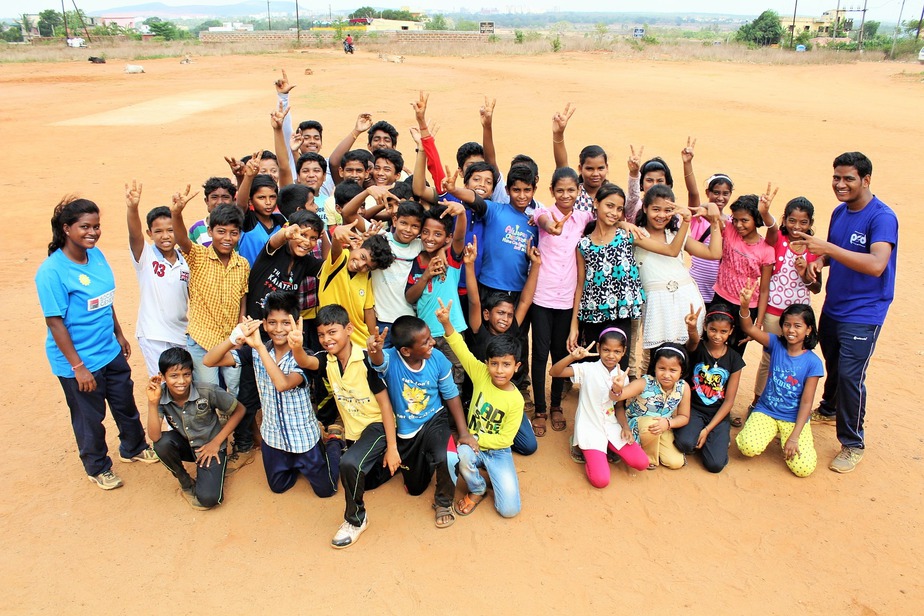 “It (Sport) has the power to unite people in a way that little else does. It is more powerful than government in breaking down racial barriers. It laughs in the face of all kinds of discrimination.”
– Nelson Mandela

Sport can serve a deeper purpose in a country’s developmental story – it helps tackle problems of social inequality by providing avenues for equal interaction and communication across gender, caste, racial lines and more. Sport also helps inculcate essential life skills (such as those of leadership, teamwork, coping with loss, determination etc.) within its players and thereby enhances their ability to achieve their full potential and meet life’s aspirations.

This human-developmental potential of sport has and continues to receive global recognition. As early as 2003, the UN Inter-Agency Task Force on Sport for Development and Peace was convened in order to publicize and exploit sport’s ability to generate inclusion, unity and achieve substantive equality. In 2011, the UNGA passed Resolution 63/13 recognizing sport as a “means to promote education, health, development and peace”. Time and again, several UN fora and reports have highlighted the role of sport as an enabler of development, linking it to the achievement of several Millennium Development Goals (MDGs) and Sustainable Development Goals (SDGs).

This concept is not only present on paper but is regularly practised the world over. For instance, sport is actively being used in countries like El Salvador and Ukraine to reduce violence and create a safe haven for children to play and interact in peace. Another brilliant example is of the organization Spirit of Soccer, that uses football to impart mine risk education in areas such as Iraq, Cambodia, Colombia and Laos, and reaches almost 100,000 children a year.

In India, although this concept is nascent, there are several organisations who are trying to give life to it.

Pro Sport Development (PSD) is one such organisation which has been working to empower the country’s youth, particularly those from the marginalized sections of society like SCs, STs and women. This is achieved through grassroots level sport programmes and competitions conducted in collaboration with schools, other organisations or through sports academies. The mode of operation is simple but effective; PSD-affiliated coaches facilitate sports sessions, giving children the opportunity to interact with one another as well as enhance their life skills (such as concentration, anger management, determination etc.), which in turn benefit them in several other spheres including academics. Importantly, boys and girls, often from different backgrounds, are made to play together (there are mixed-gender tournaments too) and in the process, they understand, interact and learn from one other.

PSD’s programmes have been successful in bridging the gender gap and bringing about positive life changes in participants — more so in rural communities where avenues of interaction with the other gender are next to none. Take the example of Santoshi Maharana, a Class IX student of BBVM school, Odisha. Since joining PSD, Santoshi has achieved a stellar 11% increase in her academic scores (sports helped her concentrate better), and can now interact more confidently with the other gender. As she herself puts it,

“Since I’ve been in the CSP (PSD’s programme), the best thing I have learnt is the cohesiveness and togetherness we share as a team, be it boys or girls. I now believe that we girls can also do everything the boys can. I have grown in self-confidence and am much more composed than I used to be.”

There are several more successes like that of Santoshi. For Rudra Prasad Biswal from Orissa, aside from the physical benefits and improved concentration, sports helped him manage his anger. “I realized with the help of PSD coaches how being angry wasn’t the solution to everything,” he says. In another inspiring success, Deeksha Kumari and her friends (across genders) from Jharkhand took their PSD learnings much beyond the sports field – they used their ease of interaction to come together and solve village problems, transforming the village structure in the process.

Another pioneering initiative in this field is the Laureus Academy’s Sports For Good Foundation, which partners with organisations all over the world to bring change by using sport as a means to overcome violence, discrimination and disadvantage. Laureus’ India partners include several prominent NGOs, all of which aid in the fulfilment of its objective. Partner NGO Shaishav, for instance, uses sport to prevent child abuse among vulnerable children. Another partner NGO YUWA works with underprivileged households in Jharkhand to bring change through sport. Similarly, other partners such as Soccer Chennai and Magic Bus also use sport to impart life skills within the Youth.

Moreover, there are also several initiatives outside the Laureus system which are also not to be left behind in capitalizing on sport’s developmental capacity.  The Naz Foundation, for instance, has pioneered project “Goal”, which uses netball as a medium to educate over 16,000 underprivileged about their rights and opportunities, helping them become leaders. Similarly, Wockhardt Foundation’s organisation Khel Khel Mein also uses sports to impart life skills to underprivileged children from low-income groups, as does NGO Project Khel.

Thus, just like at the global level, the sport for development and inclusion theme is finding several supporters in India. These include motivated organisations like PSD and Laureus, which aim to tackle problems of inequality as well as enhance life skills through sport. The results of their endeavours surely seem promising; sport for development is indeed here to stay, both globally and in India.

Learnings from such organizations also point to a flaw in the way our systems work; investing in sports is separate from investing in education, health, battling gender inequality, etc. As a result, it is obvious that most resources and planning goes towards the latter topics, and that is arguably required. However, as these organizations show, you can invest in solving major issues through sport as well! As such, the concept changes from sports-for-development to development-through-sports. And the outcomes are clear to see. Against this backdrop, it is only fitting that we set aside any scepticism that we might have and wholeheartedly embrace the sport for development framework, which is in the process of writing a whole new chapter in India’s developmental journey.