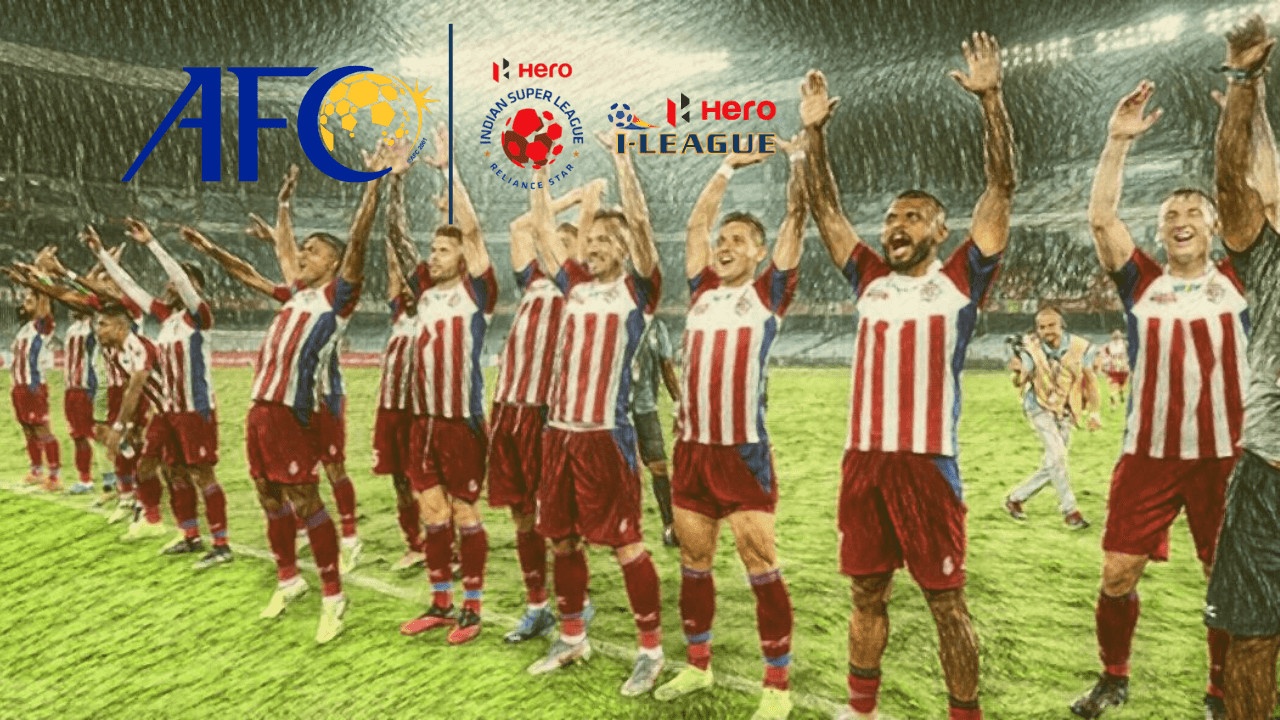 If you asked fans to paint a picture of Indian Football, you might receive a bright, sunshiney rendering from some of them, perhaps with success in Asia on the horizon. Just as many fans may present you with a painting smeared with dark, disheartening splashes of controversy and upsets. The truth is, football fans, team owners, Indian players and — dare I say — even the AIFF have gotten accustomed to the rollercoaster ride of Indian football.

Any present-day painting of football in India would have to be tinted with the Asian Football Confederation’s (AFC) increased involvement with structural reform. In the same vein, the canvas would be privy to a war between the I-League’s legacy and the intentions of its relatively newborn brother, the Indian Super League (ISL). Let’s quickly refresh our memory, shall we?

FIFA recognizes the Asian Football Confederation as the body responsible for managing football affairs in Asia. If there is anything for India to learn from top leagues in Asia, it is that a clear hierarchy between leagues is vital for competition and progress.

Over the past few years, the AFC has been keeping a strict watch on the All India Football Federation (AIFF) and developments around the two national leagues: the ISL and the I-League. Late in 2019, after a lot of hand-holding and pressurizing, the AIFF and AFC agreed on a fairly clear roadmap for Indian Football. Here’s a screengrab of the proposal for domestic structural reforms in India:

In a related set of events, Football Sports Development Ltd. (FSDL) — an Indian company that operates the ISL — is now going to increase the number of league matches from the current guaranteed figure of 18. This will ensure that it satisfies the AFC’s criterion for continental competitions.

As the top-tier football league in India, the Indian Super League has been criticized for ‘sabotaging’ its relatively older counterpart, the I-League. With the presence of rich corporate players and their investments, the marketing and branding of the ISL has pushed the I-League further into the background.

The ISL in itself isn’t the villain in this painting, although consistently comparing it to a poorly-marketed and nearly-broke legacy league may make it seem so. The ISL has actually introduced new, flashy colours to the palate of Indian football. City Football Group’s acquisition of a majority stake in Mumbai City FC should lay to bed any doubts about the potential that the world sees for football in India.

The Bastion spoke to Lucian Goian, the captain of Chennaiyin FC and former Mumbai City FC player, on how he has seen the ISL grow over the years:

“I think the Indian players [in the league] have made real progress over the last few seasons…they have really good native qualities but more importantly, the coaches are helping them get better and better with every training. Also, the foreign players help them a lot, always giving youngsters advice and tips from their international experience.

Some really good players showed up in ISL 6, like Thapa, Changte, Jerry, Sahal, Farukh, Sumit Rathi… so this is something that gives hope for the future. For me, it’s a real pleasure to help the young players.”

In addition to this ‘knowledge transfer’, the international attention garnered by the ISL has attracted coaches from all across the world to coach ISL clubs. Any foreign coach brings with them their own backroom staff, coaching philosophies and training techniques. As with StatSports and then Catapult in the case of ISL champions Bengaluru FC, every year sees more live-data deployed for the sport in the subcontinent.

As for where he sees scope for improvement, the Romanian centre back said, “the season has to be longer in the ISL; the long break makes players lose the shape they worked towards during the season. I want to see India qualify for a World Cup as soon as possible!”

As of April 2019, India is ranked 108th in the FIFA rankings. While dreams of the World Cup may still be a few decades away from realising, it still requires a well-conditioned set of homegrown players. Seasoned professionals and youngsters breaking on the scene desperately need more game time, and the ISL looks likely to facilitate this.

Strokes for the Future: Bright or Hazy?

Although the AIFF has begun the planning and implementation phase in accordance with the AFC approved roadmap, sparse details are available in the public domain.

The proposed structure of the ISL includes a stepwise inclusion of I-league teams, eventually instating a system of multi-tier promotion and relegation. This would lead to more teams competing in the ISL, meaning that more matches will have to be played.

Khel Now reported that Football Sports Development Ltd. will soon propose that all ISL teams should play 27 games each, so as to comply with the AFC criterion for continental competitions. In fact, if you look at any well-performing country, it is clear that their players play as many as 45 domestic games every season.

“On average, a player must play at least 30-40 competitive games per year. A 20-team league would be ideal [because] in a longer league, the Coach can rotate the squad and mix the team by giving chances to younger players who can be promoted from the reserve squad. This will mean that every team has to have a strong reserve squad, which is important going forward.”

Like Singh, Nallappan Mohanraj is an ex-national footballer who has also played in both the I-League and ISL. He echoed a similarly positive outlook on the knock-on effects that comes with more matches and the new roadmap. Indian footballers will have more experience under their belts going into international games. The bench strength of ISL teams will also be put to test; young talent will get more chances to impress their coaches for a spot in the playing XI.

“A limit on the foreign players in the ISL would mean more playing time for Indian players”, adds Ajay Menon, the Founder of Forza India Academy. As of Season 6, five foreign players were eligible to be on the field at any given point of time per team.

The Elephant in the Room: Merging I-League Teams

Now, as per the suggested roadmap, I-League teams are set to vie for promotion to the ISL in the coming years. With Mohun Bagan already a part of ISL from the 2020-21 season and the majority stake being acquired by RPSG, the I-League has lost a major fixture that is waited for with anticipation: the historical Kolkata Derby against East Bengal FC.

The Bastion caught up with video blogger and journalist The Footy Traveller, who also happens to be an East Bengal supporter. As a traditional I-League supporter, he tells us,

East Bengal’s move to the ISL is still speculative. Yet, it seems inevitable, given the dynamics of the rivalry and the unsaid interdependence that the two sets of fans exhibit. The prospect of the Kolkata giants playing in a league with deeper pockets, more eyeballs and stronger marketing and branding can only spell better times for two clubs who possess continental potential but have otherwise seen sporadic success and decades of mismanagement.

With more teams in the top tier, the proposed ‘merger’ also means more opportunities for youngsters to stand out. Novin Gurung, a former player at Real Kashmir FC had positive thoughts on the same, telling us that “[The merger is] definitely good news for I-League players. It lets you play more games, gain match time alongside star players and develop under international coaches. At this [young] age, this will be helpful for our career.”

If there is anything to learn from the history of cultures, it is that change has always faced resistance. Indian football has indeed undergone a sea of change over the past decade and the worries of I-League owners and supporters are valid and deserve concern.

Yet, with AFC at the helm of supervising changes, the structural reforms proposed to Indian football and its leagues can revolutionize the industry for clubs, franchise owners, football fans, and players in different ways. It is up to these stakeholders to pick the strokes that will paint a promising picture for fans. One, where the Indian national team, viewers’ entertainment value and the development of grassroots football can move upwards and onwards together.