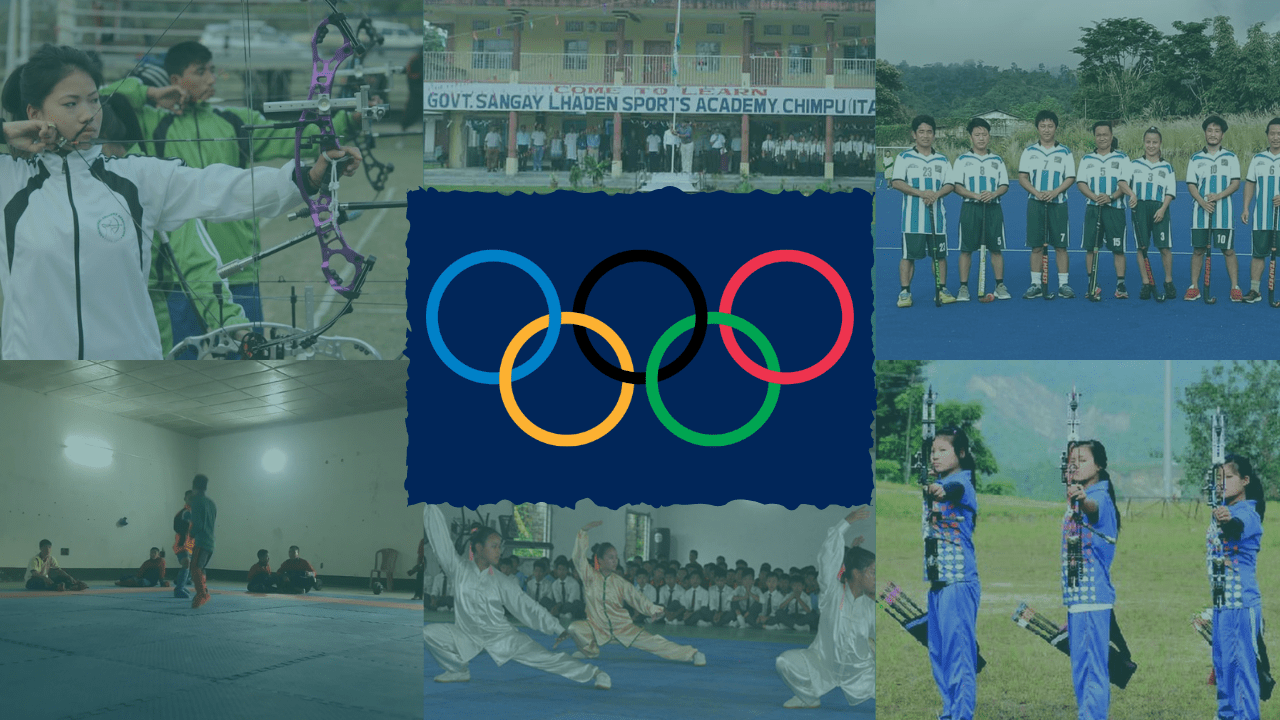 The northeastern states have produced some of India’s most iconic athletes. Legends like Baichung Bhutia, MC Mary Kom, Dipa Karmakar, Anshu Jamsenpa, to name a few, have not only excelled at the highest levels of their sport, but have also been role models for their community, and inspired many youngsters to follow in their footsteps.

To put things in perspective, although the North-East region accounts for only 3.8% of India’s total population, 7% of India’s contingent at the 2016 Rio Olympics consisted of athletes from the region. Athletes from these regions train in high-altitude terrains from an early age, eat a protein-rich diet at home, and are also exposed to indigenous sports and activities that have similarities to many Olympic sporting disciplines.

With what seems to be a historical inclination towards sports and a natural environment that is conducive to high performance, the North-East could very well prove to be India’s hotbed of sporting talent. While most northeastern states have produced Olympians, Arunachal Pradesh is yet to make its mark on the Olympic stage.

Just as it takes an entire village to raise a child, an elite athlete requires a sports ecosystem that is supportive towards their goals and enables them to grow further. Access to proper infrastructure, funding, coaching, education, nutrition, etc. play a key role in creating athletes. Recognizing this, the state government is working to support its athletes by investing heavily in sport.

The Arunachal Pradesh Roadmap to Excellence

Not only is the plan to create a holistic ecosystem for current athletes, but also serve as a pipeline to create the next generation of Olympians. The Directorate of Sports (DoS), which is the state sports department under the Ministry of Sports and Youth Affairs of Arunachal Pradesh, has been actively trying to implement initiatives and programmes to improve the state’s sports infrastructure and promote sports and youth-related activities.

“Our attempt is to create a sports culture in the state and generate interest around sports to enable mass participation,” says Mr. Tadar Appa, Director Sports, DoS, Arunachal Pradesh. “We are also trying to build the infrastructure and the processes that will allow us to train, identify, and nurture young talent at all levels,” Mr. Appa adds.

Somewhat following China’s model of working with sporting talent at an early stage of their career, the state government has instituted the Sanghay Laden Sports Academy at Chimpu, Itanagar. It is a residential academy that allows student-athletes to train and pursue their education simultaneously. The academy has produced multiple National Champions and Khelo India Youth Games Medalists over the years. In September 2020, it was inaugurated by the Minister of State, MoYAS, Mr Kiren Rijiju, as one of the eight sports centers in India that would be upgraded into a Khelo India State Centre of Excellence (KISCE) under the Khelo India scheme. Mr Rijiju, who also hails from Arunachal Pradesh, believes that these centers create sports facilities that meet international standards and help India become a global superpower in sports.

The objective of creating these centers is to have a sports facility that meets world-class standards. According to the implementation guidelines released, the centres will receive financial support for deploying sports science, engaging the best coaches and support staff, procuring sports equipment, etc.

Arunachal Pradesh also has the Golden Jubilee Higher Secondary School at Pasighat in East Siang district, and the State Sports Academy at Miao in Changlang district, which are district-level Khelo India Centres of excellence for various disciplines. This, the government believes, is a model that will enable effective talent identification.

“For us, the next step would be to identify the right talent at the grassroots level. We are planning to institute academies in each district that will help us scout talent at these remote areas, and ensure that deserving athletes are able to access this system that we have created.” adds Mr. Appa.

In terms of defined goals, the state’s Chief Minister Mr Pema Khandu has gone on record to state that the state wants to host the 2026 National Games. The long-term vision is to build a sports ecosystem that can ultimately bear fruit in the form of multiple athletes from Arunachal Pradesh representing the tricolour internationally. The state wants to produce an Olympian/Paralympian by the year 2028 or 2032.

What does building such an ecosystem entail?

Arguably the most asked rhetoric from critics (and fans) of Indian sport is “How do you create more Olympic medal-winners?” Well, Arunachal Pradesh’s plan tries to answer this. Alongside developing sports infrastructure, the state has also recognized the importance of creating a support team around their athlete. In collaboration with Bengaluru-based GoSports Foundation, the Arunachal Pradesh Elite Athlete Programme was launched in February 2020 to provide holistic support to the best athletes from the state. The objective of the programme is to develop these athletes and create a pathway for them to eventually represent India at the Olympics. Athletes selected under the programme will be provided with scholarships to serve all of their sports science needs, which include nutrition, physiotherapy, strength and conditioning, blood tests, body composition analysis, injury rehabilitation, etc., along with handling their training and competition expenses such as training stints abroad, funds for competing across India and the world upon qualification, and more.

This unique state government-non profit collaboration for sports excellence also includes dedicated personnel to manage athletes’ requirements and track their progress. Selected athletes will also have access to education sessions focusing on concepts such as nutrition, physical and mental well-being, technology, sports psychology, etc. All of these interventions are planned in a manner to educate and equip them with what it takes to succeed at the International Stage.

“It is amazing to see the [Arunachal Pradesh] state government come forward and find the right experts to support their quest to empower the future Olympians of the state. We already know these athletes have excelled at the National Stage, winning medals at the Khelo India Youth Games and the National Championships. Our job now is to focus on creating this support structure that enables them to take their skill-set to the next level. With continued international exposure and focused long-term support, they can surely represent India at the Olympics someday,” says Deepthi Bopaiah, the Executive Director at GoSports Foundation.

Hurdles on the Track Ahead

While the first step is prioritising action towards sport at the state level, the state does have a long way to go in terms of achieving the world-class standards that it is striving for. The challenging geography and terrain of the region make Arunachal Pradesh’s pursuit of sporting excellence that much harder. For context, it is the largest north-eastern state in terms of area, but it has the lowest population density amongst the seven states. The mountainous terrain also makes it difficult to install essential infrastructure and for transport, such as roads and regular buses, besides providing access to healthcare, ensuring stable communication (for internet), etc. Without these services, it will be difficult to make sport and training accessible to talented athletes in different parts of the sprawling state.

The ongoing pandemic hasn’t made things easier. It has delayed young athlete’s progression over a year, and the plans of the government. While athletes have had zero competitions and continuous disruptions in training due to the restrictions, many government programmes and initiatives that required work to be done on the ground had to be put on hold.

Despite this, the approach shown by the Chief Minister Khandu and the Arunachal Pradesh sports department is noteworthy. It is time more governments came forward to actively showcase their desire for creating an athlete-centric ecosystem while being open to private partnerships that can help them achieve their goals.