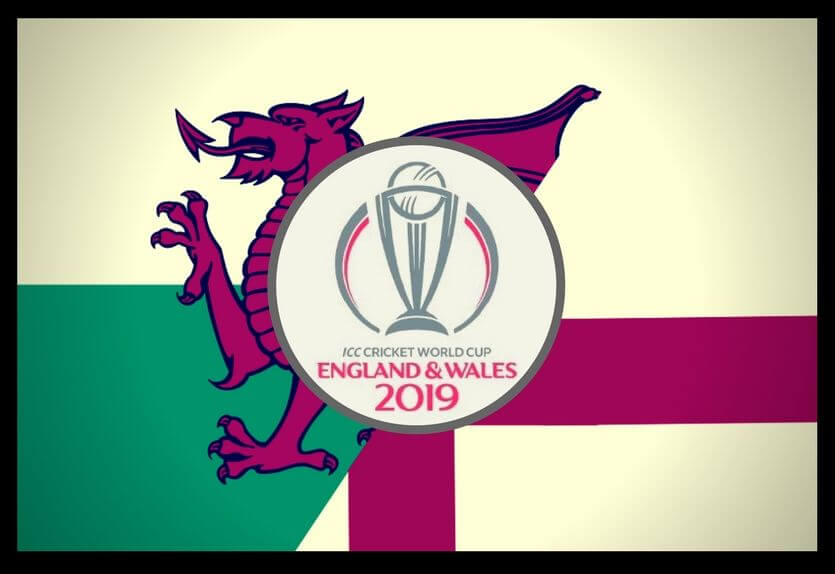 2007 was one of the worst years for any cricket fan in India and Pakistan. Fans of both teams saw their national teams crash out in the group stages after losing to less fancied teams. While India lost to test-minnows Bangladesh, Pakistan suffered a shock defeat to Ireland, who were only an associate team at the time. Ireland followed the footsteps of Kenya, another associate nation infamous for beating the West Indies and Sri Lanka in previous editions. The memories of Ireland’s giant-killing spree as they beat neighbours England and the West Indies in the next two editions are still fresh in many cricket enthusiasts’ memories.

Unfortunately, the odds of watching another “David vs Goliath” matchup at the World Cup next year are low; teams such as Ireland — who acquired test-status alongside Afghanistan — may not even be at the tournament in the UK next year. The ICC’s introduction of a 10-team format for the 2019 World Cup may severely limit the progress of ‘minnows’, throwing up fewer nail-biters between them.

Have these smaller cricketing nations done enough to justify their spots at the World Cup, or is the ICC correct in suggesting that they are unable to match the quality of major test-playing nations?

The History of the World Cup Format

The inaugural World Cup was hosted in 1975 at England and was won by the West Indies under Sir Clive Lloyd. This tournament saw 6 test-playing nations and 2 other teams — Sri Lanka and East Africa, who registered a spot through a qualification tournament. The limited number of teams was mainly because teams like Bangladesh and Zimbabwe had not yet achieved test status while South Africa was banned from international cricket due to its Apartheid policy.

The World Cup made its first major expansion in 1996 when 12 teams made it to the biggest stage in international cricket. While 14 teams played at the 2003 World Cup in South Africa, the 2007 World Cup holds the moniker for having the most number of participants at a grand 16.

But weak performances by teams like Bermuda raised questions over the quality of associate teams. Consequently, the ICC settled for a 14-team tournament at the 2011 and the 2015 World Cups.

The annual ICC conference in 2015 confirmed that associates would have fewer spots at the 2019 World Cup. There was a great outcry among the more familiar associate teams such as Ireland and Scotland, who were in disbelief over the neighbouring English Cricket Board’s lack of support for a bigger World Cup.

While the quality of cricket played by lesser teams was a factor in the decision to restrict the number of teams, commercial success played a very important role as well.

The 2007 tournament, which saw the 8 major nations divided into groups of 4 and pooled with smaller teams, was supposed to be a recipe for raking in the big bucks. This failed spectacularly, with both India and Pakistan — the countries with the most cricket fans in the world — caught the early flight back home. TV ratings plummeted and real revenues did not match the projected revenue, landing a huge blow to the ICC’s plans.

The scenario changed in 2017 as Ireland and Afghanistan, the two strongest teams at the Associate level were awarded test status. While the honour of playing test cricket was huge in itself, both teams did also get a greater slice of ICC’s revenue pie under the 2017 revenue model. Despite this historic achievement, both teams will have to navigate a World Cup Qualifier tournament to make it to the 2019 World Cup. This is the first time in the ICC’s history wherein not all test-playing nations will participate in the World Cup.

The first ever tournament of its kind, the ICC World Cup Qualifier is being held in Zimbabwe in March this year. The tournament will be broadcasted live all across the world, in an effort to attract TV audiences and cultivate an interest in the game among fans in associate nations. The new format sees test sides West Indies, Afghanistan, Zimbabwe and Ireland pitted against World Cricket League Division 1 representatives Netherlands, Scotland, Hong Kong and Papua New Guinea (PNG), along with the UAE and Nepal from Division 2. They are divided into 2 groups of 5 each, where the top 3 sides from each group will play in a Super 6 series. The top 2 teams from this series will then book a place at the World Cup next year, while the top 4 teams will gain ODI status for the next 5 years.

Predicting the two teams that will qualify is quite a tricky task because most teams are of a similar calibre. Even the 2-time World Cup champions West Indies will have a tough time. Their recent ODI performances have been abysmal, having lost a match to Afghanistan at home in 2017.

Players such as Afghanistan’s 19-year old Rashid Khan, who is the number 1 ODI and T20I bowler and the UAE’s Shaiman Anwar, who scored a 100 and two 50s at the 2015 World Cup, have already put up some spectacular performance in recent times. Teams such as Nepal, PNG and Hong Kong, who have never played a World Cup, will now get a chance to gain big-game exposure and plan their own blueprints for ensuring more international success.

Where does International Cricket go from here?

Applying a blanket format has been particularly difficult for the ICC in comparison to similar international sports organizations such as FIFA and World Rugby. Expanding the reach of the game beyond former British colonies has been easier said than done.

Yet, the argument that the World Cup is the best way to garner the attention of fans in non-cricketing nations remains a poignant one. While the concept of a qualifying tournament may be lauded because it tests the ability of weaker ODI teams against stronger associate teams, a lot more needs to be done to improve the quality of associate cricket. Associate teams can only match the level of top test-playing nations if they get regular chances to compete against them. The ICC Future Tours Programme 2019-2023 offers only a limited amount of matches for associate teams against test-playing nations. Still, the examples of Ireland and Afghanistan reinstate the fact that good outings against other associate teams do bear its cricketing rewards.

Expanding the game makes sense for two reasons: for goodwill and for commercial interests. Cricket has given a window of opportunity for many youngsters’ futures in war-torn Afghanistan and has offered a steady income to many semi-professional cricketers from other associate nations. On the other hand, expanding the game could also open up avenues for more revenue through ticket sales, broadcasting rights and advertising. While the World Cup itself brings in a significant footfall every 4 years, the ICC could bring in more revenue on a consistent basis by solely focusing on expanding the game throughout the world.

Despite the slash in the number of participants, the World Cup still promises to be a thrilling affair. The Qualifiers could spring up a few surprises and we may not see familiar teams make an appearance next year. Former associate sides have made huge strides in the international scene, but many associate teams still struggle to stay relevant. While a much more inclusive World Cup seems quite distant, associate teams are developing rapidly and will soon win their spot at the table with the big boys.