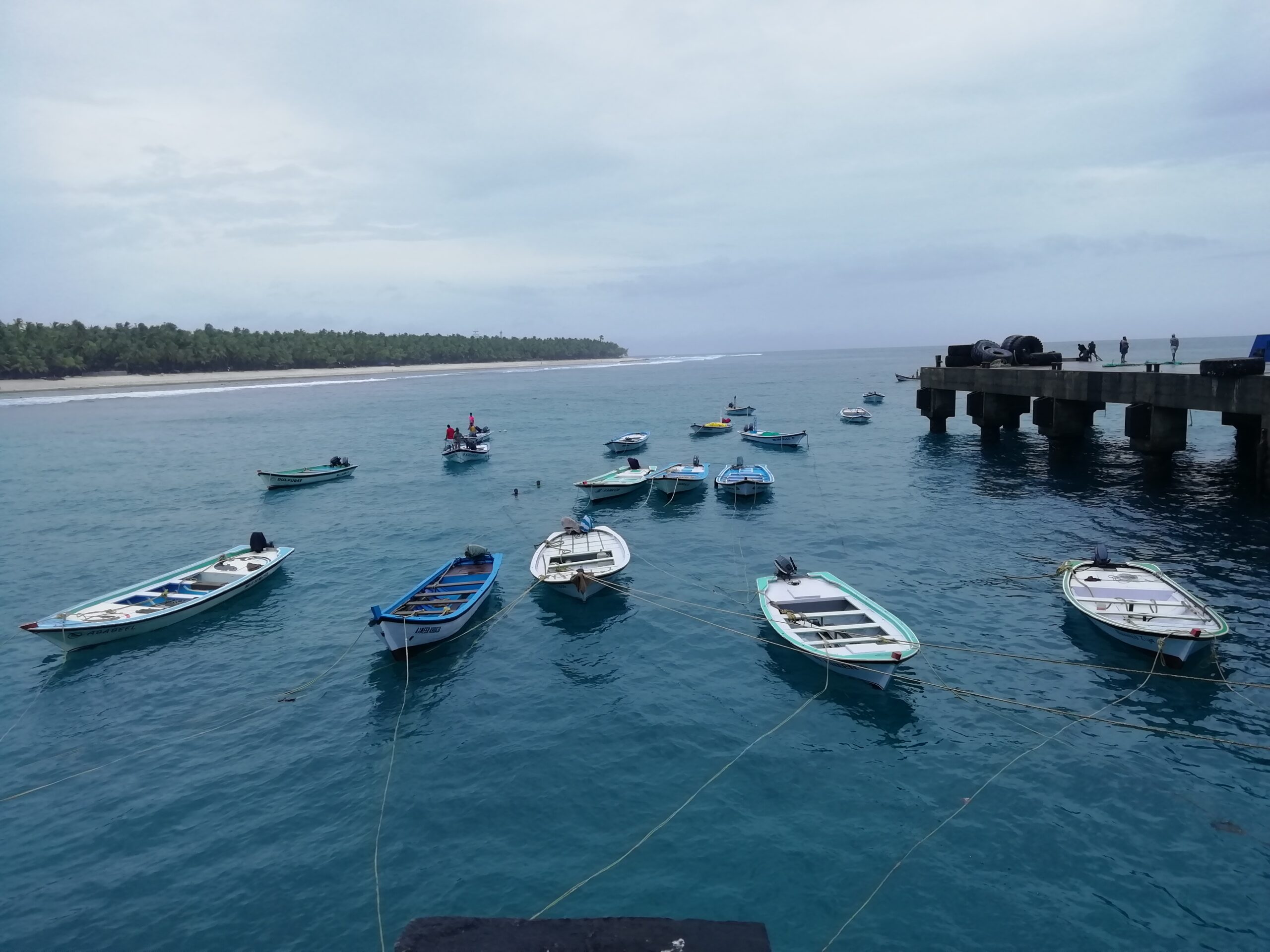 In 2016, Prime Minister Narendra Modi announced the government’s plans to usher in the ‘Blue Revolution’—or, the ‘Neel Kranti Vision’—to leapfrog fisheries’ production by utilizing resources to their maximum. This vision also inspired the framing of the recently rolled out Pradhan Mantri Matsya Sampada Yojana (PMMSY)—a dedicated economic stimulus under the Atmanirbhar Bharat Abhiyan economic package worth ₹20,050 crores—to salvage the pandemic-hit fisheries sector of India. In the words of Union Fisheries Minister Shri Giriraj Singh, the PMMSY is going to bring an “economic revolution through blue revolution”.

Singh’s statement makes it clear that the PMMSY is primarily intended to increase the economic output of the nation’s fisheries sector. It focuses on doubling fisheries’ production, export earnings, employment opportunities, and the income of fishermen by 2024-25.

However, these schemes are neither novel nor innovative; they reiterate a decades-long production-centric development paradigm, which has always worked to incentivise industrial, capital-intensive fishing. A production-centric development paradigm identifies natural resources (in this case, fishery resources) as commodities that have to be ‘utilised efficiently’ to power economic growth and generate wealth. This perspective lays a strong emphasis on the final output of the fishery and its economic value.

At a first glance, the PMMSY may appear to be an economic waiver for a sector severely affected by the pandemic and its associated lockdowns, however, a closer look reveals that the diverse socio-economic and ecological contexts of fishers and fish workers, the very people who are involved in this sector, are overlooked. This is also evident in the national fisheries development discourse, that prioritizes production over everything else.

The Unique Fishery of Lakshadweep

Lakshadweep is one of the smallest Union Territories (UT) in the country and home to the only atoll system in India—an atoll is a ring-shaped coral reef surrounding a lagoon. The Lakshadweep atoll is a group of ring-shaped coral islands situated approximately 250 km westwards from the state of Kerala. Most of the islets in the Lakshadweep atoll system are characterised by a shallow body of water called a lagoon on the western side. The lagoons are home to rich marine biodiversity and sensitive corals.

The pole and line fishermen collect small fish from the lagoons before heading out to the sea. These groups of fish are called baitfish and are crucial resources for pole and line fishing. Fishermen use baitfish to lure the tuna shoals to the surface waters near their boats. Simultaneously, using long bamboo poles with hooks and lines attached, they catch tuna one-by-one.

In India, this method of fishing is practised only in Lakshadweep, where a blend of ideal conditions for pole and line fishing exist, including the proximity to the open ocean and the abundance of small baitfish. In the words of Abdulla*, a tuna fisherman from Agatti island, “there can be no choora (tuna) without chaala (baitfish)”.

Over the past 50 years, the Lakshadweep Fisheries Department has helped pole and line fishers by supporting fisheries production and the livelihoods of islanders. It has provided development assistance such as subsidies for fuel and for the construction of fishing boats. This assistance has been instrumental in transforming pole and line fishery into its current form, in which it provides employment to over thousands of islanders and contributes to 15% of India’s total tuna output.

To a large extent, these subsidies have ensured the islanders’ livelihood security, implicitly bringing down the UT’s share of population below the poverty line—it fell from 47% in the 1980s, to 3% in 2012, making Lakshadweep one of the least poor regions in the country.

The Shift Towards Production-centric Development in Lakshadweep

Of late, production-centric development discourse on the need to tap into ‘under-utilized’ oceans has seeped into fisheries management approaches in Lakshadweep as well. This is becoming very evident with the transformation that the fishery is undergoing. Traditional tuna fishing boats in Lakshadweep have lower storage capacities and so are used only for single-day fishing. However, according to locals, in the recent past, the number of tuna fishing boats with multi-day fishing capabilities, wheel-house facilities, and increased fish-holding capacities are increasing. There is an ongoing transformation of the island fishery, towards escalating production as directed by the production-centric narrative nudged by government subsidies.

Yet, the relationship between tuna fishery and baitfish is highly intertwined. No matter how ‘under-utilized’ the tuna stock is, a pole and line fisherman cannot harvest it without adequate amounts of baitfish in his boat. Increasing boat sizes demands more baitfish and fuel for fishermen to operate at a scale that matches the enhanced production capabilities. In the long term, this can pose serious challenges to baitfish availability, if the extraction goes beyond the ecological limits of the lagoon ecosystem.

A steady increase in the demand for baitfish may also lead to the exhaustion of the resource and be counterproductive for this traditional, sustainable livelihood. Unlike the smaller traditional boats, the newly-introduced bigger boats have big hulls for ‘enhanced tuna production’. To catch more fish, they require more baitfish, and so have to find new ways of catching more of them–but their size poses different problems.

Ahemmed* who operates a large boat says “We are forced to fish at night as during the day the wind and shallow lagoons stop big boats from maneuvering smoothly in the lagoons.” Operators are compelled to anchor their boats at specific places in the lagoons at night, and use light to attract and aggregate the baitfish around the boat, for easy capture.

For fishermen like Sameer*, who operate small traditional boats in Lakshadweep, the practice makes the fish less accessible to fellow boats who don’t follow light-fishing. “Baitfish collection using the light takes away all the fish from the lagoons. If you’re running late and fish in the dawn, there won’t be any baitfish left to catch.”  Sameer also believes that such light fishing is unsustainable as the baitfish breed at night—matured, egg-laying fish end up getting caught too, reducing the overall baitfish population in the lagoons.

And so, the bigger boats turn out to be less compatible with the local context of the tuna fishery and the lagoon ecosystem on which the pole and line practice thrives.

One Size Never Fits Everyone

Historically, the drive for all manners of revolution has been the ignited desire of humans for change. That change can take any direction, depending upon the course that we set for it. The Blue Revolution in India has set its course of change towards harnessing ‘untapped’ oceanic resources to fuel ‘development’—or increased production and national economic output.

However, just like Lakshadweep, there are thousands of fisheries across the country which have diverse contexts and sensibilities where the development of livelihoods and financial security cannot be achieved simply by increasing production. Such production-centric approaches can be counterproductive in these contexts. A ‘revolution’ which assumes that the aspirations and needs of all the involved, intended beneficiaries are the same may end up in chaos—we have already witnessed the series of crises and irreversible damages to agrarian systems that occurred in the aftermath of the Green Revolution.

While ushering in a new set of reforms in the fisheries sector, it is imperative to revisit and learn from these past experiences. If improving the income and livelihoods of fishermen is the prime objective of the Blue Revolution, then development approaches that look beyond increasing production alone are worth exploring.

The reality is that merely upgrading boat capacities or other infrastructure as envisioned in production-centric development thinking may not be the ideal path for Lakshadweep. The resource-scarce and isolated islands require a development plan which accommodates the local realities and ensures livelihood security over the output target. Development discourse that is concerned about the ‘over-utilised’ baitfish, but also attempts to tap the ‘under-utilised tuna’ in the ocean, would be a better way forward.

Tuna, along with its value-added products, are highly valued commodities in the market. Developing such products offers a great opportunity for fishermen in Lakshadweep to improve their incomes without increasing the tuna production by significant margins.

However, the full marketing potential of Lakshadweep’s tuna products remains unexplored. To unleash its potential, several development interventions including fixing a minimum price for the procurement of tuna, and introducing measures to support the value addition of fishery products are worth considering. A fixed minimum price for procurement will safeguard the island’s fishers from fish price volatility and related market uncertainties. Similarly, value addition programs will be helpful for islanders in diversifying their range of products along with their income.

At this juncture, we need to reorient development initiatives founded in production-centric paradigms, such that they reflect the diverse development aspirations and concerns of fishing communities across India’s long coastline and islands. It will be a complex and challenging task to restructure the discourse. However, it is a necessary process, if we are to set the course of the Blue Revolution on the most inclusive and progressive path possible.