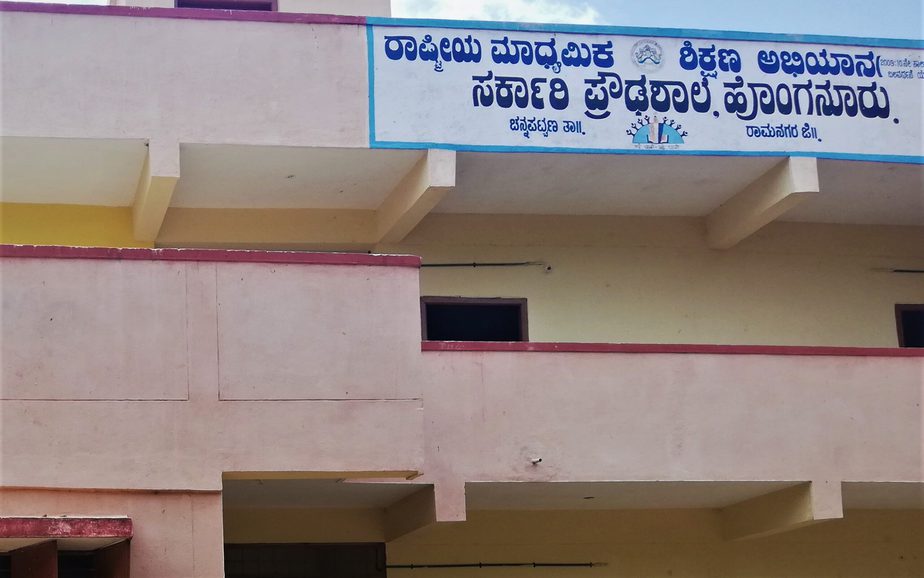 As early as 1954, the first director-general of the World Health Organization (WHO), Dr. Brock Chisholm famously stated that “without mental health, there can be no true physical health.” Yet, all these years later, the world still struggles to fully understand mental health or comprehend its importance; this is especially the case in India, where the graphs depicting the state of mental health in our country continue to paint a sorry picture, most worryingly, for our children.

In the first-ever nationally conducted Mental Health Survey published as recently as 2016, it was found that close to 10 million Indian children (or 7.3% of the total demographic) between the ages of 7 and 13 required mental healthcare interventions. This unfulfilled need for mental healthcare manifests in unfavourable consequences for children and their lives, ranging from poor performances in school, to dropouts, to rising suicide rates.

“If so many people require help, why don’t they simply ask for it?” is a question that’s probably on your mind now. Although intricate and multifaceted for the most part, the answer to this question is also glaringly obvious–the lack of awareness about mental health in the first place.

With school curricula shying away from the free dialogue on mental health, there is a gaping void of factually correct information on where social myths emerge. And so, over time, society reinforces unfounded myths into strongly-held beliefs. Children then grow up to become part of the machinery that further propagates these mistaken views, perpetuating a vicious cycle of stigmatizing attitudes towards mental health. Such illiteracy during childhood is especially concerning given that it is during this sensitive period that the deep roots of a lifetime of stigma are laid.

It was to address this need for mental health literacy that ‘Project Awareness’ was designed, to raise awareness about mental health among students between grades 6 to 10 in rural India. The intervention was delivered to a classroom of 40 students in Honganuru village in Karnataka’s Chamarajanagar district over three consecutive days in June 2019. Project Awareness consisted of three modules, each shedding light on a different critical aspect of mental health. The first module involved discussions about what it means to be healthy and the interrelations between mental and physical health. The second module detailed certain common mental disorders, while the third module covered delicate topics like the stigmatization of the mentally ill.

A ‘mixed-methods’ approach was used involving qualitative and quantitative measurements (on psychometric tools) taken before and after the intervention, which produced intriguing results.

Before the intervention, there were clear indications of misinformation regarding the causes of mental disorders, as well as treatment. One student reported that “watching too much television causes mental illnesses,” while many held views that simply ceasing to think about mental illness could make it ‘go away’. After the intervention, the students’ knowledge of mental health had qualitatively changed.

Students had understood the complex and intricate biological, social, and psychological causal factors of mental illnesses, as their responses noted. One student noted that mental illness may stem from “financial issues and stress in the work environment,” another noted that “problems people may have at home with their family members” could also trigger mental illness. They further recorded that mental illnesses were largely attributed to “chemical imbalances in the brain,” which is what often leads to “thoughts of suicide.”

With regards to treatment, the intervention helped students understand diverse forms of support that can be extended to individuals with mental illnesses, most crucially, that patients can “go to the doctor and take medicines” to alleviate their condition. Factors such as the need for supportive parents and compassionate friends were also raised by the students.

Our quantitative analysis (based on the Wilcoxon Signed Ranks Statistical Test), also showed that the beliefs of the students towards mental health had become significantly more positive. However, attitudes towards the mentally ill saw no significant improvement!

How did the design of the intervention itself precipitate such outcomes? What more might need to be done to make similar mental health interventions more impactful when it comes to attitudinal and behavioural changes?

How to Bring About Behavioural Shifts: The Classroom Edition

The core objective of Project Awareness was to make discussions on mental health relatable. To do this, an activity-based approach was adopted, in an attempt to go beyond the mere delivery of facts and their cognitive cataloguing by the students, and to invoke a unique insight about mental health.  The nature of this approach, designed keeping in mind the developmental needs of the growing child, provided fertile ground for engaging with knowledge rather than simply receiving it. It is perhaps these modules that contributed to better knowledge and progressive beliefs surrounding mental health.

For instance, one game involved designating a particular type of health (biological, social, and psychological) to three corners of the class. A few students were each given a chit with a type of symptom, which they then had to classify into one of the three corners. The idea behind this was that no symptom can be so exclusively categorised owing to the holistic nature of health. Every time a student did classify a problem exclusively into one corner, the students and volunteers raised questions about why it didn’t fit into the other corners. By the end of the activity, the point being made–that biological, psychological, and social health are interrelated–was clear, with each aspect depending on another.

Another key feature of the module was the extensive use of stories to dispel the ‘us vs. them’ divide in the conversations surrounding mental health. Using everyday chronicles of how mental health issues manifest offered the students a chance to humanise the suffering caused by mental disorders. Stories are powerful and can be transformative when used in classrooms; this change in mindset was reflected in the students too. After the third session, which discussed how to be supportive of mental health, a student talked about his friend who had been very sad since his mother had fallen sick. This boy wanted to know how he could help cheer his friend up–he suggested a few tactics and proceeded to discuss them at length with the Project volunteers.

Non-dichotomous, real-life situations were also repeatedly used to introduce discussions on how certain behaviours that may be normal in some situations, can be considered problematic in others. For example,

“Rajesh is a 7th grader who was very scared about his maths exam. The day before the exam, he didn’t feel like eating, and at night, he couldn’t sleep at all. The morning of the exam, Rajesh couldn’t breathe properly and his palms were sweating. He couldn’t focus on anything in the exam”

An anecdote like this was followed by questions for the students–is it ‘normal’ for Rajesh to feel like this before an exam? Do you sometimes feel anxious before your exams? Would it be normal if he felt like this every time went to play, or buy vegetables from the market?  What if he felt like this without warning at any time of the day? The idea was to highlight the fact that mental health and the issues surrounding it are not etched in black and white but exist in shades of grey.

And so, while stories were used to start conversations about mental health, the Project’s larger bid is to make them a more permanent fixture in classrooms, building a more alluring space for growth. Their wide-reaching influence is backed by numerous empirically driven applications–including programs to reduce aggressive behaviour, mitigate bullying, and enhance empathy.

However, the question remains: why didn’t attitudes towards the mentally ill change? Project Awareness’ experience and evidence point to school-based initiatives as the means to nip this malicious self-perpetuation of stigma in the bud. However, Indian interventions are scarce and concentrated in urban regions. Moreover, they are largely conducted in the short-term, preventing them from facilitating changes in deep-rooted aspects like attitude–which was the case with Project Awareness too.

As a result, they also miss out on the opportunity for long-term follow-ups, to assess the sustainability of interventions. A longer-term intervention may also be able to place a holistic focus on mental health wellbeing, including fostering aspects such as psychosocial development and Positive Schooling.

A potential solution to the ‘short-term intervention dilemma’ is to use a ‘proxy-intervention’ model, where teachers play a bigger role. Training teachers instead of directly targeting children allows them, as primary caretakers and agents of socialisation, to deliver long-term interventions. Some studies even show that this would also improve the mental wellbeing of teachers, by helping them identify psychopathologies in their students more easily.

The need to facilitate engagement with knowledge in the classroom becomes evident with even a cursory glance at the varied developmental theories exploring the behaviours of children between the ages of 10 to 15. Under Piaget’s hallmark theory of cognitive development, the target population is undergoing the ‘Formal Operational’ Stage, where the child increasingly engages with abstract thinking and an enhanced perception of fundamental ethics. Vygotsky’s socio-cultural theory points to the role of sociocultural agents such as classmates and teachers in shaping higher-order thinking skills during this period of adolescence [1].

This idea of making knowledge something to be engaged with–as opposed to something read and registered–also aligns with the newly-released National Education Policy. By allowing students to think about what they would have to do in situations where ‘right’ is not clearly defined from ‘wrong’, the methods highlighted here—if applied in the long-term—indicate the significance of an activity-oriented approach to aiding student learning and ethical growth in India’s classrooms. And if such models are scaled in the long-term, perhaps then, the mental health crisis plaguing our classrooms can be seriously challenged.