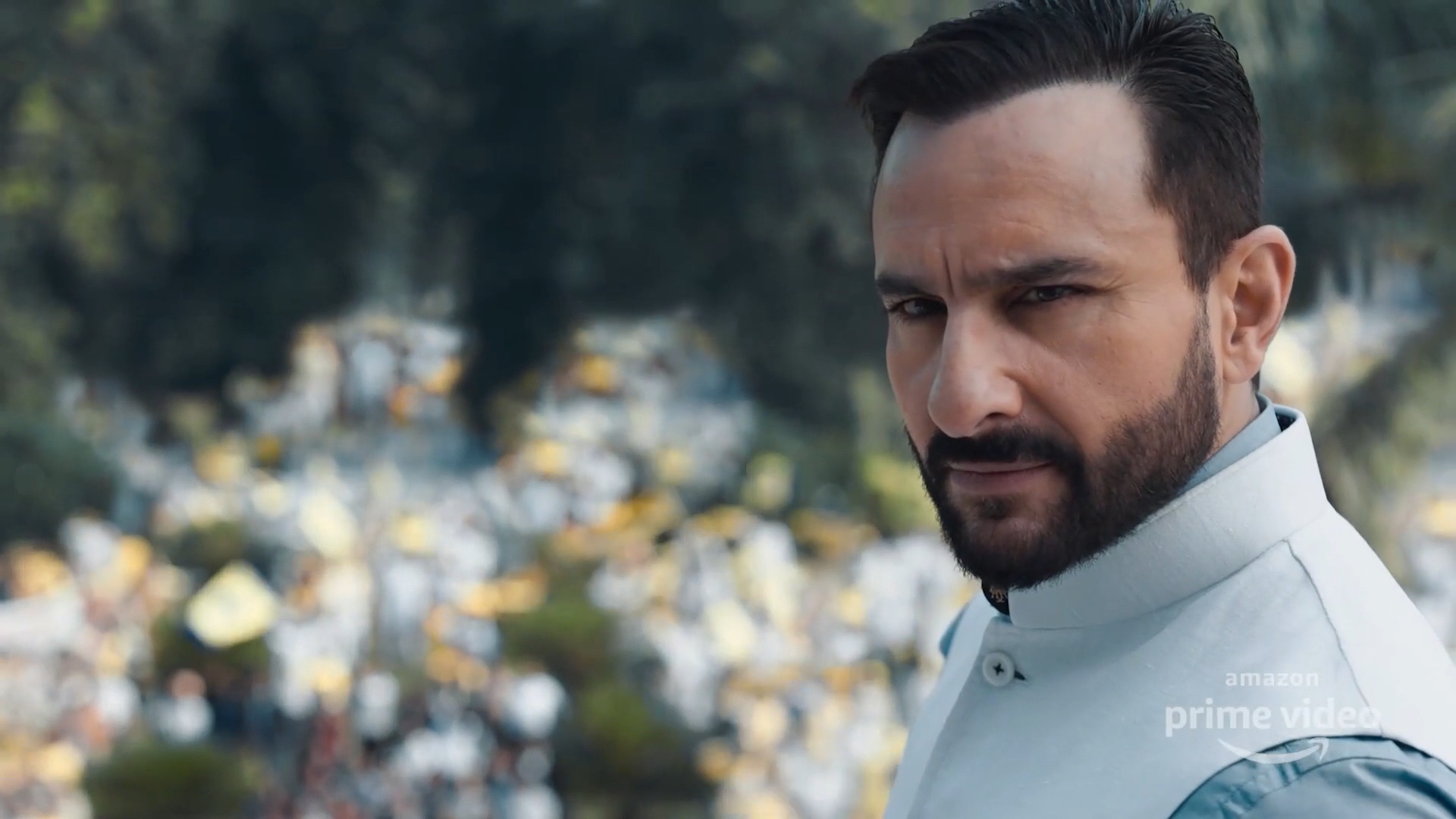 Tandav—a Hindi language political thriller starring Saif Ali Khan available on Amazon’s “Prime Video” Over-The-Top streaming service (OTT)—has been the centre of public controversy. Outrage initially began to surface online on social media platforms, with individuals citing that certain scenes of the show offended their religious sentiments. This soon translated into official complaints filed with police and the Ministry of Information and Broadcasting and even being impleaded in court proceedings.

Then, the series makers and representatives of Amazon Prime Video were called for a round of meetings with representatives of the Ministry of Information and Broadcasting (I&B). Following these interactions, they announced that they would edit the content of the show in line with the complaints received and the Ministry’s guidance. They also issued a public apology.

Despite the Tandav matter being seemingly settled through this meeting, it raises pertinent questions of what standards or guidelines were applied by the Government to advise OTTs in such scenarios. Such guidelines, at present, remain largely unanswered in the Indian context.

This ambiguity cannot continue though, especially given the multiple controversies OTT platforms have been mired in. Ever since the advent of these platforms, certain shows—owing to their uncensored nature in contrast to films and television shows—have consistently rubbed certain factions of the Indian public the wrong way. In the past year alone, popular shows and films, such as Sacred Games, Mirzapur, and A Suitable Boy faced flack from the public for outraging religious or moral sentiments. These events have fanned the fire for censoring content on such platforms as well to avoid hurting sentiments—however, how to censor remains unclear. Should OTT platforms be regulated by the government in the same way films are? Is there any legitimate reason to do so? Or, are there alternatives to top-down intervention?

Why does the government want to censor OTTs at all?

Content regulation in India, even in terms of conventional cinema, has taken a very interesting historical trajectory. The existing censorship norms find their origins in British era censorship laws, which were first used to prevent the proliferation of “nationalist” content among the Indian masses.

‘Censorship in India is Based on the Paternalistic Idea that Citizens Are Not Mature’ https://t.co/kSk0w6YTqI via thewire_in

Post Independence, these laws were adapted into Indian legislation, alongside the implementation of a certification and classification system that we are all very familiar with today. At present, there exist regulatory models for different kinds of content in India. Films are regulated and classified by the Central Board of Film Certification (CBFC). On the other hand, print and television news are regulated through self-regulatory bodies, namely, the Press Council of India and the News Broadcasters Association. Television programming specifically is regulated under the Cable Network Regulation Act.

Clearly, pre-censorship of media isn’t the only path taken by the Government in terms of regulating content—that direction has been largely taken with regard to films in India thus far.

However, in light of the censor board’s vague and vast powers over what millions watch, the debate over whether pre-censorship of film content is an infringement of one’s right to freedom of expression lies at the heart of content regulation too. These debates have been at the heart of many court cases against censorship over the year, and the subject matter of multiple Government Committees too. The Shyam Benegal Committee, in 2016, recommended a rehaul of the existing classification system while removing powers of censorship completely. However, to date, no action has been taken by the Government to formalize the recommendations of the Committee.

In 2018, as the debate had just begun regarding moving away from censorship in film, the Government shifted its attention to content on Over-The-Top (OTT) streaming platforms as they were considered a ‘grey area’ in terms of regulation. That this debate has picked up again over the last year is unsurprising: the COVID-19 pandemic especially led to a massive surge in subscribers and users of OTT streaming platforms.

According to a report by Forbes, the Indian user base of OTTs increased by 80% during the national lockdown imposed between March to May of 2020, with daily active users increasing by a whopping 33% during this time period.

The debate also witnessed a tussle over the regulation of OTT content between the Ministry of Electronics and Information Technology and the Ministry of Information and Broadcasting. In November of 2020, this matter was settled when the Government officially announced that this function would lie solely with the I&B Ministry. However, at present, the question of what form such regulation will take, however, remains unanswered.

Keeping in mind the recent controversy with Tandav—and the religious demands of a large section of society—the Centre is worryingly mulling over a model that entails censoring OTT content. However, is censorship the most efficient form of regulation for such platforms? Considering the sheer volume of content that is produced and uploaded on such platforms on a daily basis and the overbearing element of a user exercising their personal choice in accessing the content, it may not seem to be the most feasible regulatory model.

Do OTTs really operate without any regulatory checks or balances?

OTTs don’t necessarily host content that is outside of the bounds of the law. The sector at present must still adhere to the laws of the land, such as the Constitution of India and the Indian Penal Code. They are prohibited from hosting material pertaining to CSAM (child sexual abuse material) and terrorist activities in line with these laws and other existing international obligations, which is contrary to the general public’s notion that OTTs operate in a complete vacuum of laws.

The Centre is still keen on formalising a regulatory framework in spite of this. The I&B Ministry first asserted its cognizance over the matter, with then I&B Minister Smriti Irani expressing interest to put in place “stronger controls” over OTTs. However, over the years the Ministry’s stance softened with subsequent Ministers vouching for self-regulation of such platforms. Prakash Javdekar, the current Minister for Information and Broadcasting, had earlier expressed interest in adopting a self-regulatory model for the sector and held talks with industry organisations to ensure they released guidelines for online content and for online streaming platforms (it should be noted that Javdekar’s stance has shifted towards a top-down approach of late.)

This eventually led to the release of a self-regulation code for OTTS in early 2019 by the Internet and Mobile Association of India (IAMAI). These draft guidelines established a self-regulatory code, that laid down best practices for the sector and a Digital Contents Complaint Committee (similar to the model followed by television broadcasters). The very same proposal split the industry into two camps, with industry members torn over the guidelines. No consensus was achieved in this regard.

#Weektop15 IAMAI to come out with ‘implementation code’ in face of I&B Ministry objections to OTT self-regulation code https://t.co/jDfBRtjdYf

In any case, directly handing censorship power to the government, without the involvement of an industry body would be too cumbersome an exercise for it, and perhaps, a step in the wrong direction. The world is understanding that ‘new media’ cannot be regulated in the same manner as conventional media, and as a result, partnerships between platforms and regulatory bodies in the sector are slowly gaining traction. In Australia, the government has collaborated with Netflix to test an AI classification tool that self classifies Netflix titles based on Australia’s classification guidelines. The tool informs users more accurately of the nature of the content they’re watching, without actually involving any regulatory body or the government.

In this light, a self-regulatory system adopted for the sector would entail that these practices are further codified in a comprehensive manner, while an industry body would ensure that they deal with complaints in the event that content violates this standard. A self-regulatory model could very well also provide for a certification regime for content on these platforms, in line with Central certifications for films, or using a unique system designed for such platforms.

An OTT framework that places curbs on user access, classifies content into age-based categories and implements stronger laws to penalise public screenings of OTT content would help moderate content, without infringing on individual rights to access it. Keeping in mind the content delivery mechanism on such platforms and their tech-savvy user interface, we often ignore the role these platforms themselves can play in ensuring these goals.

Most OTT platforms already have very strong child protection controls already in place—a self-regulatory system guided by certain rules could mandate other platforms to also adopt similar norms. Adopting such systems could also tackle the issue of uneven application of regulations in this sector, which is a major issue at present—often, merely popular content comes under the scanner, whereas seriously problematic content may continue to be hosted on other unpopular OTT platforms.

The recent Tandav controversy has brought to light the lack of a uniform standard being applied in the case of content regulation for online platforms. In the absence of such standards, content creators and platforms are treated unequally. A mixed regulatory approach, with platforms adopting a self-regulatory model and utilising technology to ensure the safety of their users would be an ideal approach. Content regulation is the perfect example of where technology can be used to tackle issues that seem to arise out of technology itself, without over-regulation on part of the government.