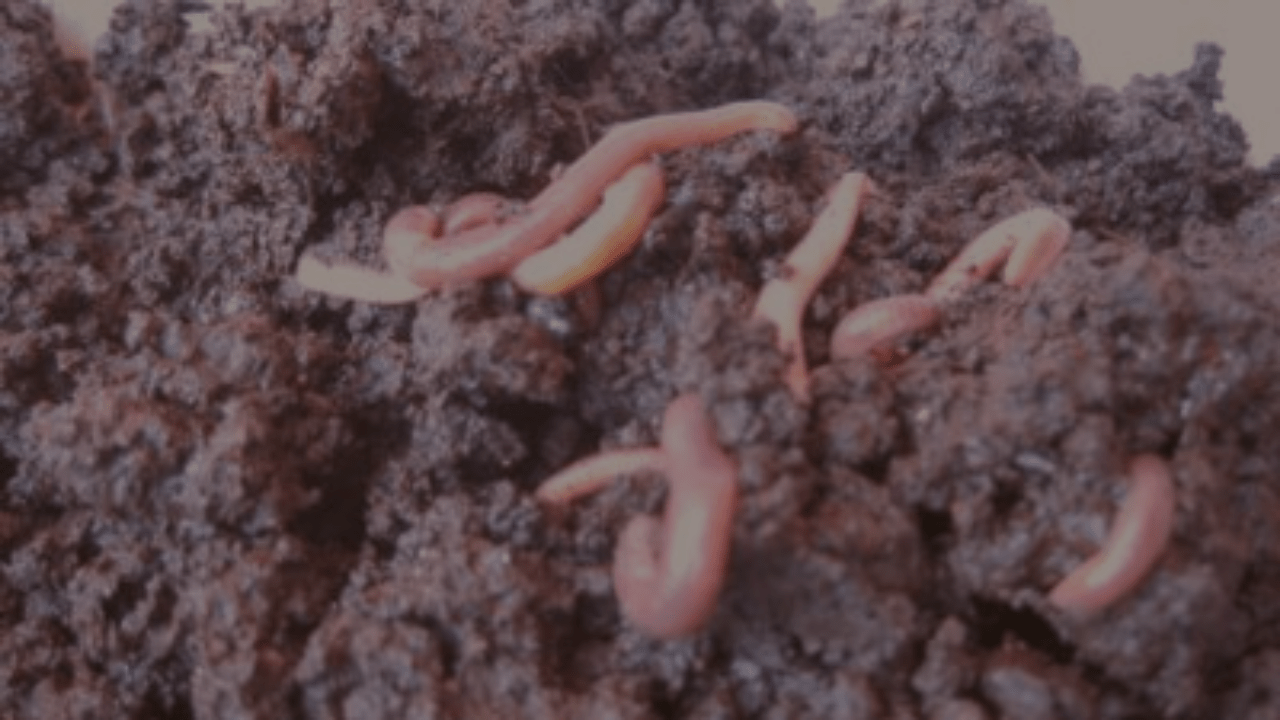 “I was convinced of the benefits, but that was not enough. Others had to be convinced too, so I decided to adopt it myself and show others [in my village] that practicing it is truly beneficial”, says a bright-eyed Sehdev Maravi, the young secretary of the Gram Paryavaran Samiti (a village-level institution) in Mohgaon, a town in Madhya Pradesh. Back in 2018, Foundation of Ecological Security (FES) took Sehdev and other Samiti members to visit the farm of Dr B.K. Rai, who is a well-known practitioner of sustainable farming. Here, they were introduced to vermiculture, which is the conversion of organic waste into vermicompost.

“I learnt that using vermicompost would increase the beneficial organisms in the soil and prevent it from becoming hard. It would also save us money,” chimes Sehdev. He is speaking on behalf of villagers in Madhya Pradesh’s forested districts of Mandla and Balaghat. For these (predominantly) Adivasi families, agriculture is a livelihood that secures their food requirements; they have traditionally been self-sufficient and practised organic methods of cultivation. However, the last 30 years has seen a significant shift to high-input agricultural practices which are unsustainable amidst the effects of climate change. Chemical inputs have increased the costs of production, degraded soil fertility, and affected local families’ health. Farmers like Sehdev Maravi are fighting to reverse these effects by using traditional knowledge systems of farming and vermicomposting. The fruits of their labour are clear to see.

Unsustainable Agri-Practices in the Kanha-Pench Corridor

The villages in the Kanha-Pench corridor mostly comprise of low-income adivasi groups, with 91% of families having incomes less than ₹5000 per month. Their lands have low soil depth, which allows only one single (rain-fed) crop to be grown annually. Typically, families would optimally use farm and forest produce to sustain themselves, in harmony with nature.

However, among other things, the late 1990s witnessed a shift in the agricultural practices deployed in the villages in the Kanha-Pench corridor. New varieties of paddy were sown, and inorganic fertilizers and pesticides became popular amongst farmers. A 2017 survey conducted by Foundation for Ecological Security (FES) across 32 villages reported a decrease in crop diversity; almost every farmer in these villages had completely shifted to using chemical fertilizers such as urea and DAP on their lands.

Having studied how to culture earthworms and beneficial bacteria in 2018, “the Gram Samiti supported the construction of the vermicompost pit and procured earthworms for myself and five other farmers,” Sehdev Marari recalls. Today, his vermiculture prowess has come a long way and has helped change several neighbouring villagers’ farming practices. “I have plenty [of earthworms], you know. They have spread all across my badi (backyard)”, he tells me, as his face fills with pride.

When the time comes to prepare the vermicompost, Sehdev collects biodegradable waste and lets it cool in the pit for three days. On the fourth day, when earthworms are to be introduced in the pit, he simply moistens a small area in his homestead land. “Half an hour [after moistening the land], you will find so many worms there. It takes me barely ten minutes to dig worms, enough for one farmer”, says a smiling Sehdev. He then introduces these earthworms to the pits, where one batch of vermicompost is readied in a little over two months’ time.

Sehdev continues smiling, as he presents the powdered chocolate-brown compost from the pit in his backyard. “I get cow-dung and waste from my farm and keep the pits active throughout the year”, he explains, adding that he has “even demonstrated its use in other villages and provided earthworms to multiple farmers, even to ones from other villages.”

Farmers Speak: The benefits of vermicompost, especially during lockdown

Another farmer in Sehdev’s village, Parvati, says that she has been using the vermi-pit actively for the last three years. “It produces about 10-12 bags of vermicompost each year”, she says with conviction. Initially, Parvati had some trouble stopping the poultry from feeding on the worms. She began covering the pit with gunny bags, which she later discovered to be helpful in maintaining moisture in the pit. Parvati applies vermicompost to four acres of paddy fields, as well as to her kitchen garden, and seems happy with her results.

Parvati Bai believes that while using vermicompost increases the moisture retention capacity of the soil, it also helps in keeping the soil light and friable. “The compost looks like dried tea leaves and is very easy to spray. If you take urea and DAP, for example, they need to be applied in each cropping season. When you use vermicompost, the soil moisture retention is better even for the next cropping season”, she says. “I don’t take a second crop because wild animals attack the rabi crops more, but if I had to, the soil remains adequately friable.”

Parvati Bai was also keen to point out that other related interventions, such as cattle shed floor repairing, has complemented her vermicompost intervention. “Repairing the cattle shed floor has made collecting cow dung easier. During the off-season, we collect some for vermicomposting, which otherwise went to waste when we did not cultivate. Dry dung is not useful unless you make compost or fertilizer out of it.”

The value of organic fertilizers during logistical slowdowns

During the first COVID-19 preventive lockdown in 2020, the costs of farming had increased tremendously, while markets were inaccessible. Under the guidance of FES staff, Gram Paryavaran Samitis and community members came up with an innovative no-cost model of a vermicompost pit which could be adopted even by the poorest of the poor farmers. It involved digging a pit in a cool and shady area, preferable under a tree, and lining it with strips of wood and banana leaves. After that, the pit is filled with organic waste, and worms that were procured from the farmers in the village itself were introduced. This caught the attention of some marginalised farmers; around 15 farmers across 7 villages ended up adopting vermicomposting to fertilize their lands during the nationwide lockdown.

Although he already had one pit, elderly Buddhan Singh Uikey from Umerdehi village felt that more organic fertilizer would help produce enough compost to meet his paddy field’s needs, so he ended up adopting this no-cost structure as well. However, in keeping the pits up and running throughout the year, the farmer found that “the vermi-pits often attract big black ants, which feed on the worms”. His traditional knowledge helped overcome this composting challenge. “I introduce red ants, which drive away the black ants, but do not feed on the earthworms”, Uikey says. “Now, I produce 7 to 8 quintals of compost during khareef from each pit.”

In the case of these farmers, constructing a compost pit cost roughly ₹5000, which was a one-time expense borne by the Adaptation Fund Project. Pits required no additional expenses to produce compost thereafter, considering how organic waste such as cow-dung, crop residues, dried leaves, etc. are available in abundance. Buddhan Singh Uikey manages his pits throughout the year; compost produced in the off-season is carefully packed in plastic bags and stored in a cool dry place. Whatever extra compost remains after the paddy fields is used in his kitchen garden. Over the last three years, vermicompost has saved Uikey a recurring expense of ₹3500 to ₹4000, which he used to spend on buying fertilisers like urea and DAP every cropping season. Over the course of switching to organic fertilizers, the yield from his 7-acre paddy farmland has also gone up from 35 quintals to 55 quintals.

Time to consciously opt for sustainable and cost-effective agricultural practices

Using chemical inputs has multiple implications for human beings as well as for the living beings around them. Farmers in the Kanha-Pench corridor were heavily dependent on markets for agricultural inputs; inorganic farming methods demand increasing inputs every successive year, which has also increased the cost of production for them by a great extent. The ecology surrounding the buffer zone of the Kanha National Park is even more sensitive, given that there is regular human-wildlife interaction in the area. Continuing to deploy inorganic farming inputs increases the possibility of contaminating water sources that could prove to be fatal for wildlife.

Fully aware of how vulnerable their livelihoods are to slight shifts in the rainfall pattern and the availability of forest resources, community leaders residing on the fringes of forests have been keen on avoiding disharmony with nature. As a result, since 2018, 267 farmer-members of 20 village institutions (Gram Paryavaran Samitis) have adopted vermicompost, with support from Foundation for Ecological Security under the Adaptation Fund Project.

Each Gram Samiti and its members seem determined to encourage fellow farmers (who could not directly learn with the Adaptation Fund Project) to take up vermicomposting as well as other complementary farming activities in their journey to a more sustainable way of agriculture. Farmers like Sehdev and Parvati Bai have proven to be catalysts at the community level, training all those who show interest in vermicomposting. Such a shift in farming methods has not only proved to be ecologically sustainable and easy on the pocket for marginal and small farmers in the region, but it has also shown that traditional indigenous knowledge can find its way back to these farmers.

About the Adaptation Fund Project: The Project intends on “Building Adaptive Capacity of the Community, Livelihoods and Ecological Security in the Kanha Pench Corridor of Madhya Pradesh” in the face of climate change. It is run by the United Nations Climate Change Adaptation Fund, with NABARD (as the National Implementing Entity), and the Royal Bank of Scotland Foundation, India (as an Executing Entity).

Representational featured image of earthworms in a vermicompost pit from Flickr