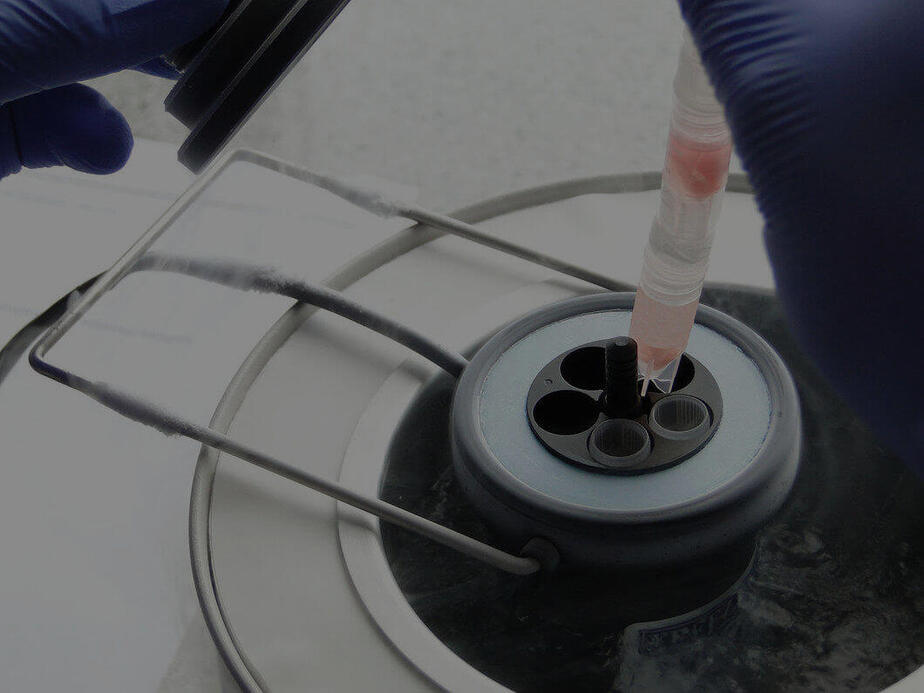 Phrases such as ‘global warming’ and ‘climate change’ feature in mainstream media discourse on the daily. Environmental degradation is a threat so imminent that it commands frequent international conferences and summits and often gives rise to conspiracy theories. Most often, experts on the issue condone large-scale alterations in production and consumption patterns as a solution.

Given the overwhelming rate at which our surroundings are changing, the pedal has been pressed on animal conservation. The total wildlife on Earth is likely to fall by 2020 to 34% of its numbers in 2016. But science found a ray of hope through genetic engineering; a new kind of technology called ‘cryoconservation’ or ‘cryopreservation’ is likely to be a crucial aid to conservation efforts. The method promises to go a long way towards re-populating certain endangered species and possibly reviving extinct species.

Cryopreservation involves artificially preserving genetic material from a living organism by freezing its sample in “gene banks”. The semen, ova, embryos, and/or tissues of living organisms are extracted and frozen. These samples can later be used to recreate organisms of the particular species, even after extinction.

While conventional conservation methods thus far have helped boost the populations of endangered species, they require the existing population to reproduce successfully and frequently. But the circumstances under which scientists often find these species may render this unfeasible. Unfavourable environmental conditions, skewed sex-ratios, and high mortality rates are some of the many problems that might hinder effective breeding.

Since cryopreservation doesn’t require the physical presence of the organism but only its genetic sample, this new method would not be dependent on breeding. Whether the species is in circumstances unfavourable to breeding or even entirely extinct, cryopreservation could revive it.

Thus far, international focus has been on using cryopreservation to preserve food and agricultural resources such as seeds and livestock.

One of the Sustainable Development Goals (SDGs) is to end hunger, achieve food security, improve nutrition and promote sustainable agriculture. A target under this goal is “to maintain the genetic diversity of seeds, cultivated plants and farmed and domesticated animals and their related wild species, including through soundly managed and diversified seed and plant banks at the national, regional and international levels, and promote access to and fair and equitable sharing of benefits arising from the utilization of genetic resources and associated traditional knowledge, as internationally agreed, by 2020”.

There has been an increasing interest to achieve this through soundly managed and diversified gene banks at the national, regional, and international levels.

The Food and Agriculture Organization (FAO) adopted the Global Plan of Action for Animal Genetic Resources in 2007. This was the first international framework for the management of genetic material vis-a-vis livestock biodiversity conservation. In 2008, the FAO also published Guidelines on the Preparation of National Strategies and Action Plans for Animal Genetic Resources. These shed light on how nations set up their own gene banks and preserved genetic samples of livestock.

Chang La, near the Himalayas, is home to India’s first seed bank. Founded ten years ago with an experimental set-up, the Chang La seed bank is a joint venture between the National Bureau of Plant Genetic Resources and the Defence Institute of High Altitude Research.

Most notably, the CSIR-Centre for Cellular and Molecular Biology set up the Laboratory for the Conservation of Endangered Species in Hyderabad. It is the only institute in the country working towards cryopreservation of wildlife and has thus far proven promising. It successfully cloned blackbucks, spotted deer, and Nicobar pigeons, thus showing that the potential of cryopreservation need not be restricted to agriculture alone.

Additionally, the Indian Veterinary Research Institute in Bareilly is in the process of collecting DNA samples of all wild animals to set up a repository of genetic information. This is expected to serve as an important resource for research on and documentation of wildlife in India.

Another Bird in Hand

Besides aiding conservation, experts believe that cryoconservation might be a key to bring down poaching instances. Cataloging the DNA records of different species and their populations will help trace traded animal products to their poached populations. Once authorities have information about where the target animal was poached, it would make it much easier to track down the poachers.

While this catalog will just be a spillover of setting up cryoconservation centres, the data could prove critical in bringing down poaching if used in conjunction with forensic analysis. Accordingly, the CCMB-LaCONES provides services to identify species as well as individual animals in wildlife crimes. These efforts are crucial steps to crack down on the fourth most lucrative illegal business in the world, costing developing nations $7 billion annually. However, before the animals can roar in relief, there are a few considerations to be made.

Thorns on the Rose

Like any proposed solution, cryoconservation as a strategy against extinction is not without obstacles.

First, the difference between success and failure in projects of this sensitivity lies on a literally cellular scale. Consequently, there is no margin for human error in collecting, documenting, and storing samples – the tiniest mistake would jeopardize entire projects.

Coordination between gene banks across the world is essential to avoid duplication of projects, which would waste precious resources. Coordination would also counter overrepresentation or underrepresentation of species’ samples. Recognising this, the FAO created the Domestic Animal Diversity (DAD-IS) database to enhance coordination between livestock gene banks. The second issue is that such a mechanism doesn’t exist for wildlife, and must be initiated.

Third, the very diversity cryopreservation is trying to look after poses problems of resistance. The specifics of the cryo process vary from species to species since each react differently to freezing.

For example, semen collected from ungulates (hoofed animals) and from felids (wild cats) don’t remain equally potent. While ungulate sperm retains its fertility after freezing, the same cannot be said for felids. And these specifications are most often found only after extensive species-specific research. Thus, careful prioritisation is required if we are to determine the viability of cryopreservation as a strategy for each individual species before it is too late to implement the process.

Lastly, the monetary and resource costs of this new technology are considerable. Cutting edge technology like this involves expensive machinery and highly skilled workers. The CSIR, which runs 38 research laboratories, was allotted Rs. 4,734 crores for the financial year 2018-19.

Technology has yet again given us the means to right our wrongs – it was technological advancements that destroyed their habitats and climate, and now cryopreservation can help restore wildlife populations. That being said, humans are known to not use technology prudently, with international politics, corruption, and mismanagement keeping us from realizing its potential. Thus, while scientific advancements must be made to ensure a wide reach, international organizations like the FAO and the UNEP must oversee this worldwide project, placing the needs of our ecosystems over strictly our own.