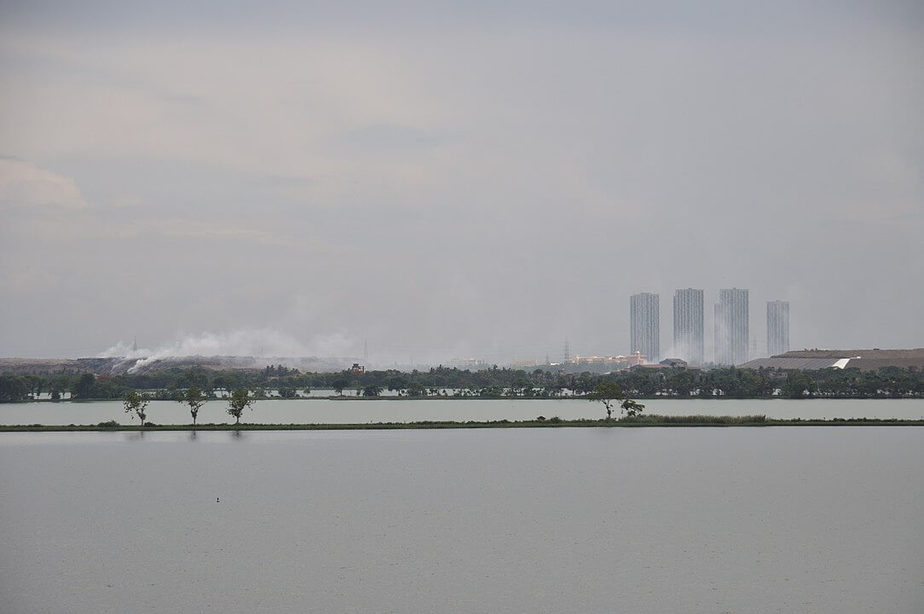 Peri-urban Kolkata, to the East of the city, is dotted with several water-bodies, farms, and stinky canals. This same site is home to the IT hub of the city, filled with huge glossy offices of multinational companies. You can see huge fish tanks, and fishermen in their boats casting their nets for the day, and these high-rise buildings, nestled side-by-side. The coast is also dotted with a few dwellings here and there.

Yet, while the IT professionals, fishermen, and dwellers may seem exclusive and distanced from each other, they are intertwined by something common—the surrounding wetlands upon which the three groups depend. 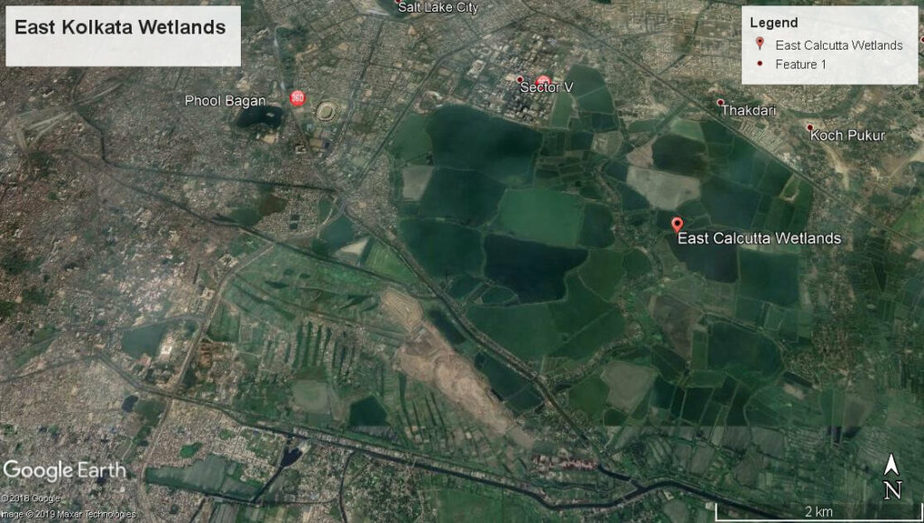 All these communities, by the virtue of staying close to the wetlands, benefit from the natural ecosystem services they provide, such as atmospheric temperature controls and safety buffers against floods. But, do they all have an equal stake in the management of the same resource?

Ecosystem services are not the only benefits that these wetlands provide. They have been able to sustain an entire economy too. When the British developed Kolkata in the 18th and 19th centuries, they diverted all of the city’s sewage to the Kulti River. This river already had salty marshes in its surroundings, initially formed due to the inflow of brackish, or slightly salty water through another river, the now dried-up Bidyadhari. Now, with the higher inflow of sewage and stormwater, and no saline water from the Bidyadhari, the salt marshes evolved into a new ecosystem of sewage fed freshwater bodies.

Extending across 12,500 hectares, this unique urban phenomenon now saves the city’s major water bodies from pollution. “70% of the city’s sewage is absorbed and treated by the Wetland ecosystem,” says Jenia Mukherjee, Assistant Professor of Humanities and Social Sciences at IIT Kharagpur. Such are the services of the wetlands, that the city today does not have any major sewage treatment plants, or huge landfills! More interestingly, the wetlands also support an entire economy of locals to grow cheap vegetables, irrigate paddy, and practice pisciculture. With that, they cater to the huge urban population with affordable, local produce throughout the year.

Yet, according to Dhrubojyoti Ghosh, one of the earliest voices to rally for Kolkata’s wetlands, while “These wetlands provide an environmental subsidy to the city of Kolkata, they remain largely invisible to many of the residents of the city.”

Who Owns the Wetlands and Who Manages Them?

Even though the economy revolves around this common resource that supports a wide range of stakeholders, when it comes to management, only one body harnesses all the functions of management and governance—the East Kolkata Wetlands Management Authority (EKWMA). The EKWMA was established to oversee the vast area, consisting of both water bodies for fisheries and agricultural lands. It had one primary objective: to make sure that there is no change in the land use, for either housing or other construction projects.

But this present form of government recognition alone has led to narrow ideas of ownership of and responsibility over the wetlands. This is why government efforts have concentrated on only a part of the wetland’s problems, such as encroachments. EKWMA has been struggling to resist encroachment, and till date has filed more than 350 complaints and FIRs against violations under the EKW (C&M) Act, 2006. Even then, the body has not been able to safeguard much. In a report submitted to the National Green Tribunal recently, it was noted that a substantial portion of sewage farms and agricultural land had been converted into residential land.

Apart from defending encroachments, these wetlands also require de-siltation, monitoring of water quality, and management of the huge plastic waste problem. Since these issues are not addressed with equal gusto by the EKWMA, the wetlands suffer, leading to their under-utilisation. Yet, why are the opinions of other stakeholders not taken into account regarding these issues? Unrecognized, and often customary, types of ownership over the wetlands, precipitate the issue.

As far as the fishermen are concerned, only two categories of ownership are ‘visible’ to the government: private owners, and fishermen’s cooperatives. For fishermen cooperatives, their connection with the wetlands is beyond documents and occupancy rights; this fishing is the traditional art that they have cherished and handed over to younger generations. Apart from these two, in the government’s eyes, no other fish workers have rights over the wetlands either in terms of ownership or management, resulting in the ecosystem’s further deterioration.

On the other hand, urban settlers, informal or otherwise, often do not realize their own responsibility towards a system closely linked to their lifestyle. Plastic and toxic waste, then, is often disposed into the canals without much thought, since there are no ownership stakes involved. So when it comes to the management of the fisheries or the wetlands itself, anyone outside the web of government’s visibility does not become a part of the process, straining the fragile ecosystem.

How does this lack of recognition tangibly affect the wetlands though? Let’s think it through—imagine a fisherman, unrecognised by the government, yet whose livelihood is dependent on the wetland. He knows that the de-siltation of surrounding canals is a problem, but cannot do anything about it, since the issue is under the jurisdiction of the municipality. The municipality, however, has not carried out any restorative efforts. Thus, in the absence of stakeholder opinions, the quality of the crucial water resource would deplete. As a result, the fisherman would not earn the profits that he could have otherwise.

Therefore, those dependent on the wetlands, do not get to help manage them. To avoid the problem of anti-commons, and thus ensure the efficient utilisation of the wetlands, a more inclusive and holistic policy solution is necessary, which considers all stakeholders.

Through a Special Mention I raised in RS today, I urge the @moefcc to pay urgent attention to the protection & rejuvenation of wetlands and stay firm in rejecting proposals that cause damage to them.

Local communities need to be empowered for joint management of wetlands. pic.twitter.com/MHZ9kUSjES

Extending ownership rights to everyone involved, through proper monitoring, rule-based exclusion, and sanctioning processes led by the community is the call of the hour. But such measures can only take place if government departments change their stances on the resource and who gets to oversee it. And this change can only arise, with a considerable amount of public discourse around this topic from the stakeholders, including every citizen of the city. 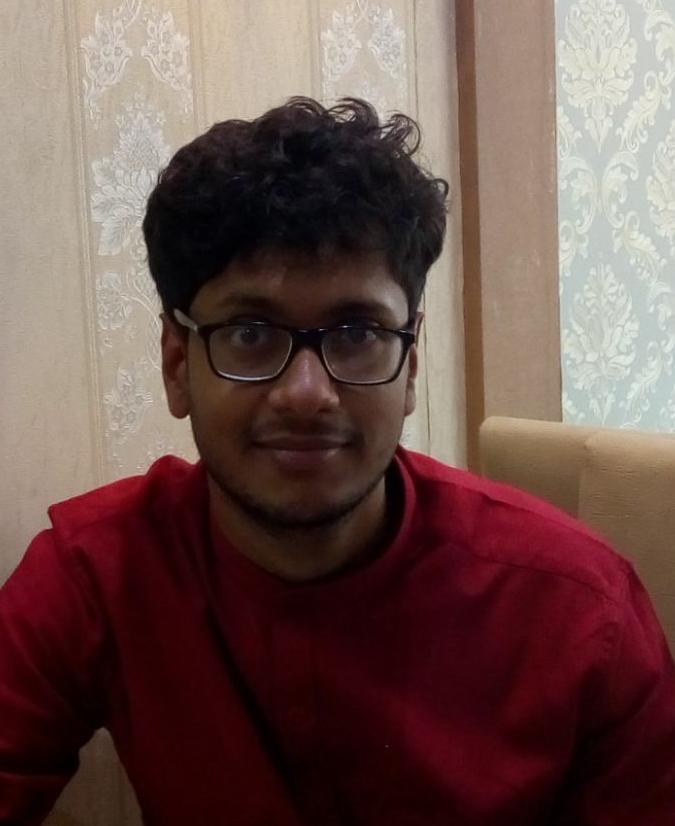